The 1:1 Piero Lissoni Exhibition was presented in a 4,000-square-foot (371 square metre), light-filled space in Industry City – an industrial complex in Brooklyn’s Sunset Park neighbourhood, where designers and artists are increasingly setting up new studios. 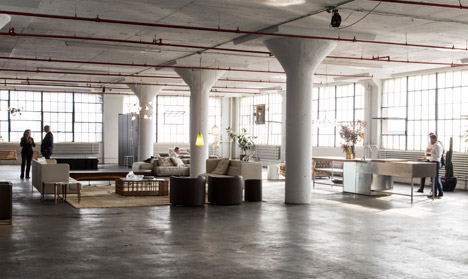 The four-day exhibition, which closed yesterday, was staged in an open-plan loft fitted out with furnishings by both Lissoni and local designers, including architecture firm Snarkitecture and lighting designer Lindsey Adelman. The show was curated by Carin Scheve, an independent stylist who has long worked with Lissoni.

“The space is so industrial, which is already a contrast with what Piero is designing. I felt like it needed some kind of kick,” said Scheve of her curatorial approach. “That’s when I started to look for all of these young designers.” 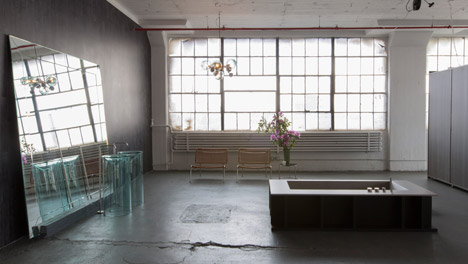 She sought out expressive pieces that paired well with Lissoni’s furnishings. “What connects them is sophistication,” she said. “I felt somehow you could see a connection, that it could all fit together, that the local pieces would modernise the slick Italian design.” 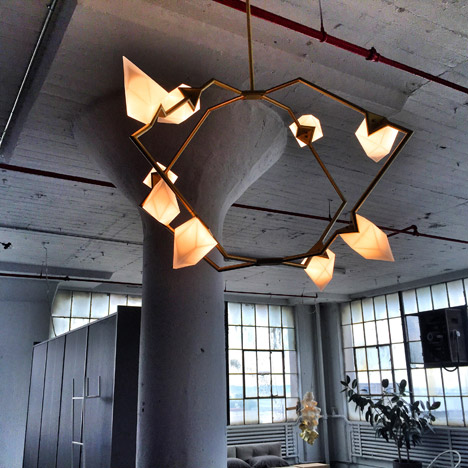 She added that the Brooklyn design scene has a kinship to Milan, with its long legacy of craftsmanship. “Brooklyn is the new place where all these young people are learning how to make things,” said Scheve. “Almost all of these pieces are made here in Brooklyn, which I think is amazing.”

Giving Dezeen a tour of the exhibition, Lissoni said he enjoyed the contrast in styles. “I don’t like when the language becomes flat,” he said. “I’m flat. I design everything a little bit too much on the same line. I like the combination.” 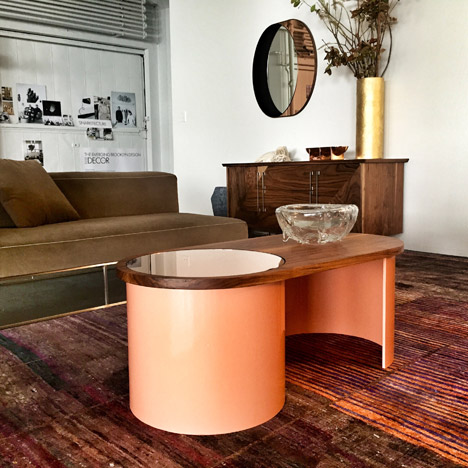 In a lounge area near the loft’s entrance, Lissoni’s Ile Club sofa was combined with two pieces by Bower: the Contour coffee table and Tribar mirror.

Bower is a Brooklyn atelier launched in 2013 by designers Danny Giannella and Tammer Hijazi. 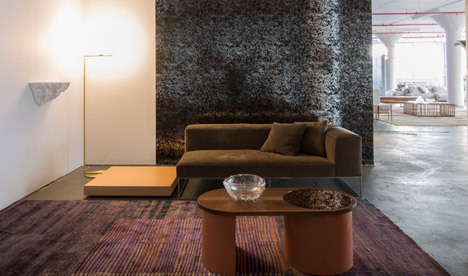 In another section of the show, Bower’s Contour side tables sat alongside battered old chairs. 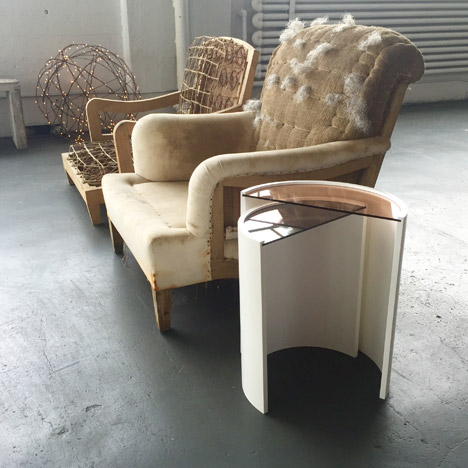 An area styles as a living room contained a Lissoni-designed Lipp sofa paired with the Quadrat coffee table by Pelle. Based in Brooklyn’s Red Hook neighbourhood, Pelle was launched in 2011 by Jean and Oliver Pelle, who both studied architecture at Yale. 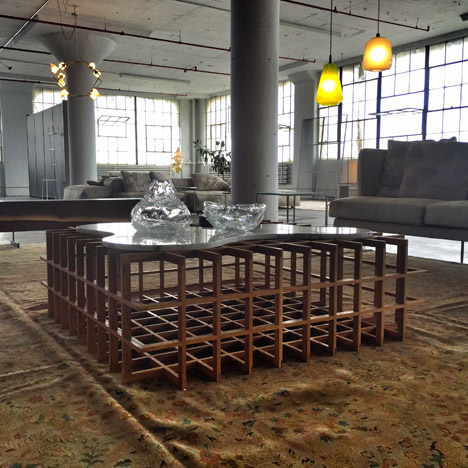 The living room also featured 2X glass bowls by Assembly Design. The local firm was established in 2012 by Pete Oyler, who studied art history and theory at Rhode Island School of Design (RISD), and Nora Mattingly, who studied interior design at Pratt. 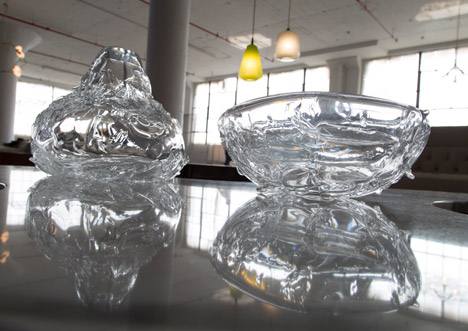 Colourful, blown-glass pendants by Token were hung in the same area. Started by designers Will Kavesh and Emrys Berkower, the Red Hook-based studio makes lighting and furniture. A lounge chair and sideboard by Token were also featured in the show. 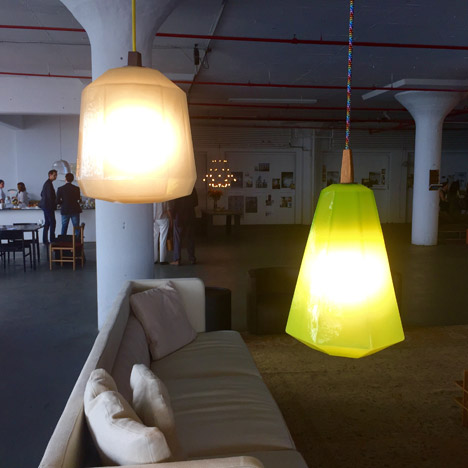 A felt lamp by Snarkitecture sat on a one-legged, wooden console designed by Pelle. 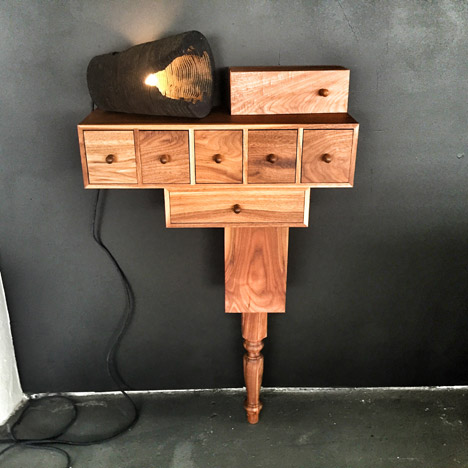 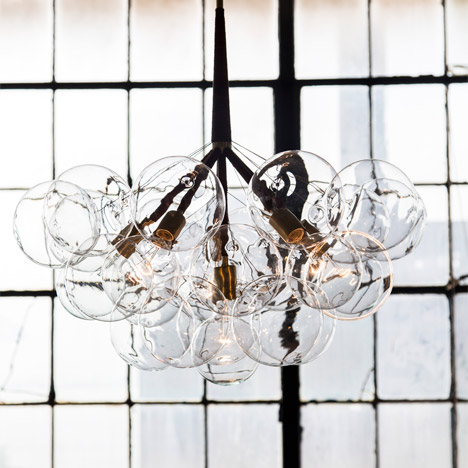 In the bathroom area, a key feature was the Burst chandelier by Lindsey Adelman, which hung over Frog chairs designed by Lissoni for Living Divani.

One wall was covered with Charred Cedar wallpaper by Flavor Paper. 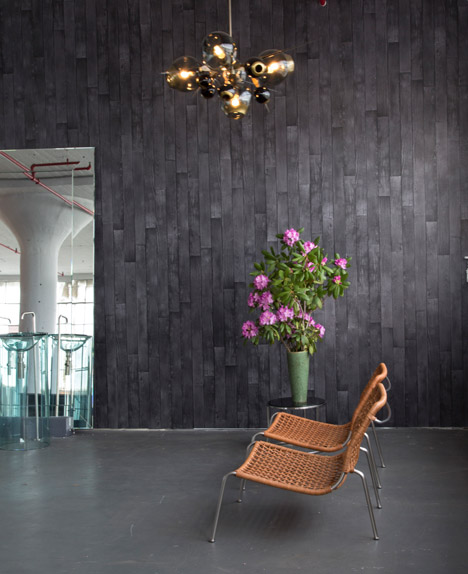 The Seed chandelier designed by Bec Brittain for Roll & Hill hung near the centre of the room. 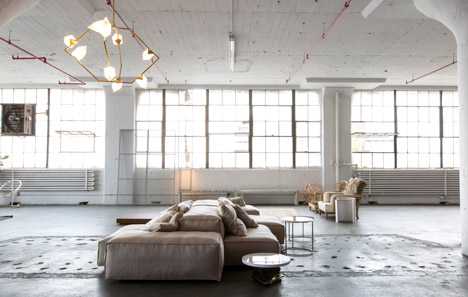 The bedroom area featured two pieces by Lissoni: a lacquered storage wardrobe for Porro and the Rod bed for Living Divani. 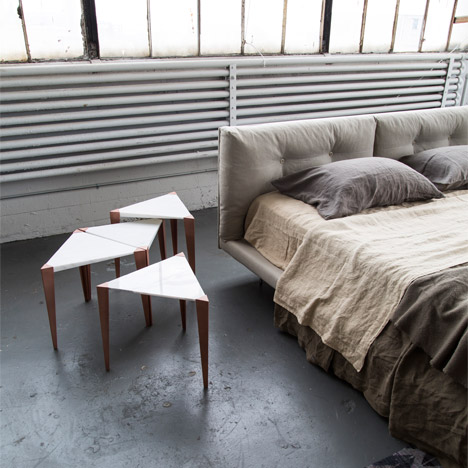 These furnishings were paired with bedside tables by Avandi — a Brooklyn-based studio that was started by Ariane van Dievoet, a Belgium-born designer who studied at RISD. 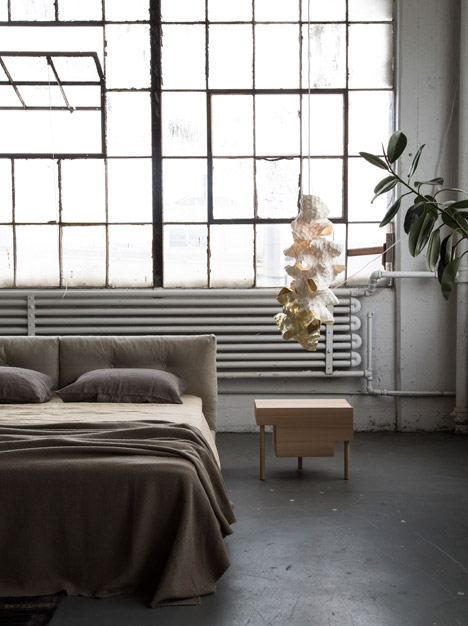 The bedroom also included a Honeycomb pendant by Patrick Weder, a lighting and furniture designer in Brooklyn. A low bench designed by Weder was included elsewhere in the show. 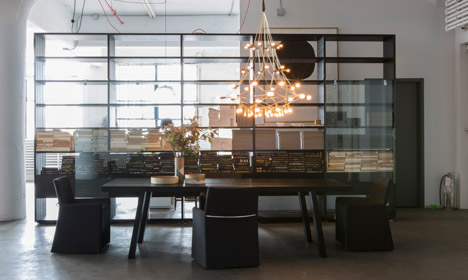 Lissoni’s Minimo dining table and System bookshelves were paired with the Stellar 56 chandelier by Townsend Design. Launched in 1998, Townsend is based in Long Island City, Queens.