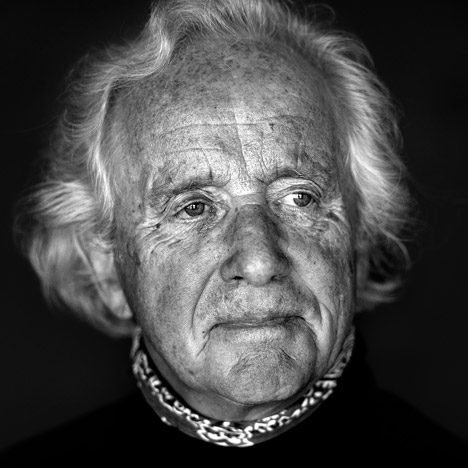 Jensen, who died on 15 May, worked with Danish company Bang & Olufsen for over 25 years and is recognised as the creator of the brand’s minimal design language.

“His unique design has reached its international position because it combines and distils two main streams in 20th century design,” said a statement on Jensen’s website. “On the one hand, the idealistic European Bauhaus tradition, with its Minimalist ‘Less is More’, and its Modernist ‘Form follows Function’. On the other hand, Raymond Loewy’s consumer-oriented MAYA principle: ‘Most Advanced Yet Acceptable’.” 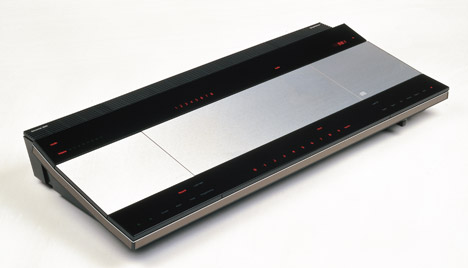 Born in Copenhagen in 1926, Jensen trained as an upholsterer and began making furniture in his father’s workshop.

He was accepted onto the furniture design course at Denmark’s School of Arts and Craft in 1948, and in 1952 became the first student to graduate from the school’s new Industrial Design program established by designer Jørn Utzon.

He began his industrial design career at Copenhagen studio Bernadotte & Bjørn – the first Danish industrial design studio – set up by Sigvard Bernadotte and Acton Bjørn. It was here that he designed the Margrethe Bowl, a melamine mixing bowl, that became his first commercial success and is still in production.

This was followed by a short stint in New York working with Raymond Loewy. He also spent some time in Chicago with industrial design firm Latham, Tyler & Jensen, for which he continued to manage business in Europe until 1975. 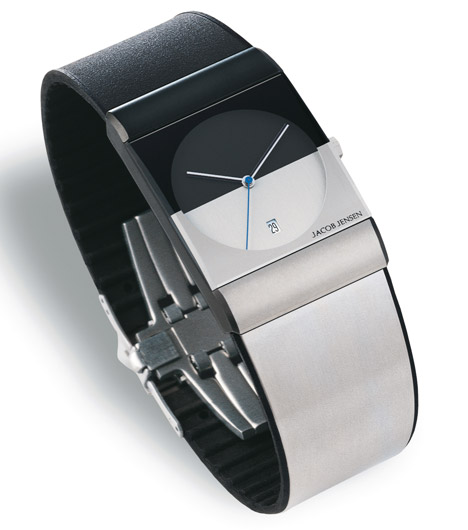 Jensen set up his own studio, Jacob Jensen Design, in 1958, and began his long-standing relationship with Bang & Olufsen in 1965, after the audio company took a chance on a design he had originally created for General Electric’s electronics division.

He worked as a designer and strategist for Bang & Olufsen, relocating his studio in 1966 from Copenhagen to a waterside house designed by his former tutor, Jacob Hermann, in the village of Hejlskov to be closer to the company’s headquarters.

Jensen created more than 200 products for Bang & Olufsen, including a wide variety of turntables, radios and speakers carrying his trademark streamlined silver and black aesthetic, with flattened surfaces.

His work for the brand was presented as a solo exhibition at New York’s Museum of Modern Art (MoMA) in 1978. Titled Design for Sound, the exhibition included 28 audio products – many of which remained in the museum’s permanent collection. 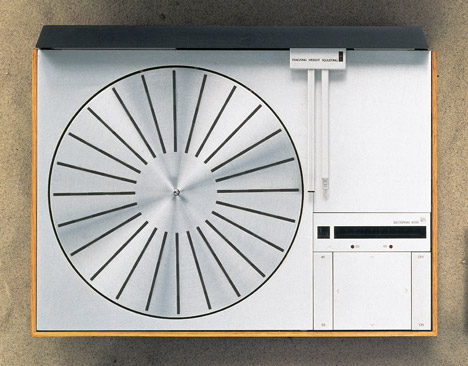 He continued to mentor his successor, British designer David Lewis, through the 1990s.

“Jacob Jensen was one of Denmark’s strongest designers and has played an important part in our company history,” said Marie Kristine Schmidt, vice president of brand, design and marketing at Bang & Olufsen.

“He was a design thinker, that we had the privilege to work with creating some of the most iconic products in Bang & Olufsen history such as BeoGram 4000, BeoMaster 1900 and the first Bang & Olufsen headphones – U70,” she added. “We were sad to learn of his passing, and our thoughts are with his family and friends.”

Jensen’s studio is currently run by his son, Timothy Jacob Jensen, and continues to focus on industrial design.