Interieur 2014: a troop of robotic vacuum cleaners “waltz” with each other around a school gymnasium in this installation for the Biennale Interieur event in Kortrijk, Belgium (+ movie). 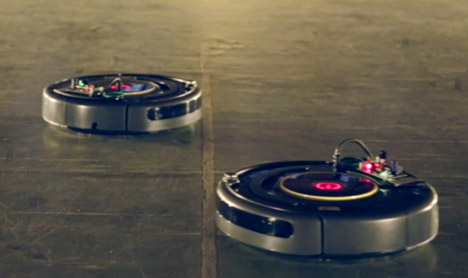 Related story: Drones become a flock of dancing lampshades in this movie by Cirque du Soleil

Leoni hacked the robots, removing their cleaning equipment and changing their wiring, to make them perform a specific set of movement instructions to classical music piece The Blue Danube by Austrian composer Johann Strauss. 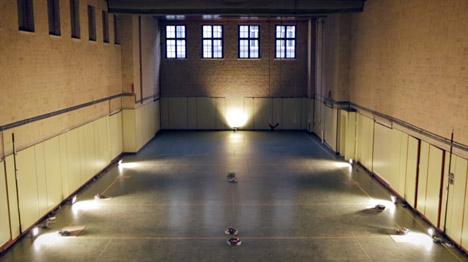 The movements are designed to emulate the basic three-step rhythm typical of this dance. “To calculate the rhythm with the robots, we had to use distance to mark ‘one, two, three’ to make the choreography,” Tsioukas told Dezeen. 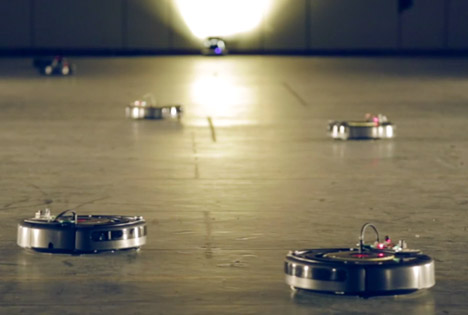 The robots perform the Roomba Ballet routine in a disused school gymnasium, at the same former education facility where a temporary hotel has been set up for visitors to the design event and a collection of geometric furniture is on display.

After the first couples finish, they move towards the back of the space so the rest of the dancers can take the stage. 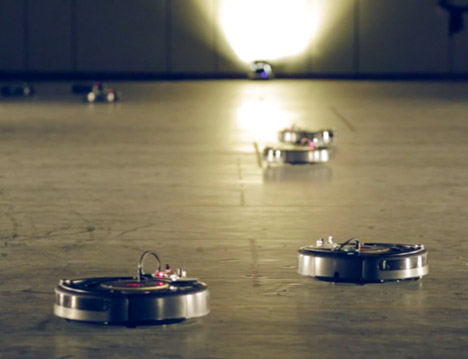 Although programmed to act out exactly the same choreography each time, the shows occasionally have variations as external factors affect the “sensitive” robots.

“They’re quite accurate but also they make some mistakes,” added Leoni. “We think robots are really disciplined but sometimes they’re not at all. They bump into each other, some of them don’t start.” 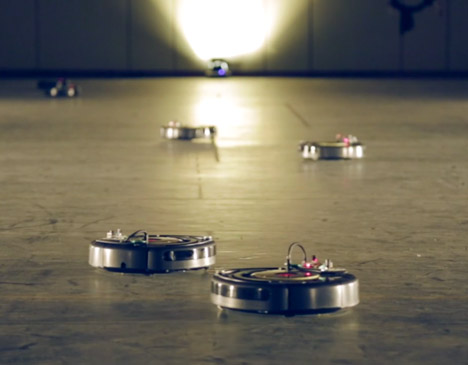 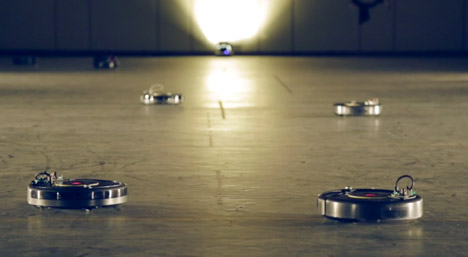 The installation is the final part of Grima’s exhibition SQM: The Quantified Home, which leads visitors on a trail around the disused school building and presents facts about changing attitudes towards the concept of “home” along the way. 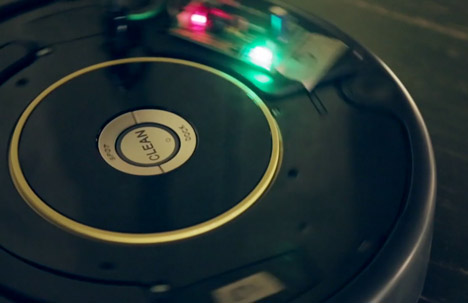 The exhibition forms part of the cultural programme curated by Grima at this year’s Biennale Interieur event in Kortrijk, which continues until 26 October.