The Rijksmuseum in Amsterdam will next week open a remodelled exhibition wing, as the second and final phase of the major renovation by Spanish firm Cruz y Ortiz Arquitectos . 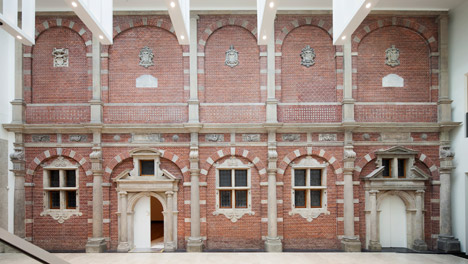 Built in and around extensions added between the end of the 19th century and start of the 20th century, the Philips Wing brings together new and historic elements to create a contemporary exhibition space for the Dutch art museum. 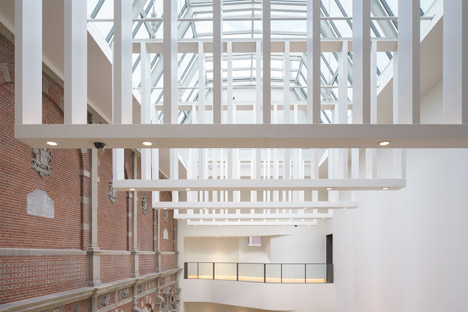 Cruz y Ortiz Arquitectos, who completed the first phase of the renovation in 2013, planned the wing around a new double-height atrium, conceived as a smaller version of the grand entrance court. 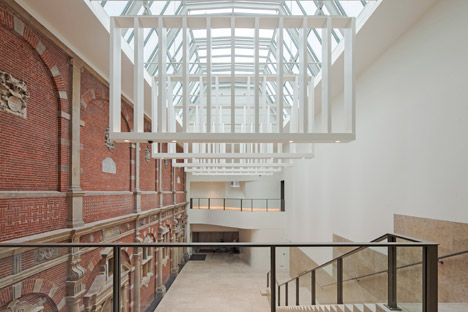 A new glass roof brings allows daylight to flood in from overhead. Below this, the architects have installed an acoustic baffle and lighting fixture with the grandeur of a chandelier – just like the ones already installed in the main atrium.

This space, located just beyond the museum’s recently added Asian Pavilion, is also known as the Fragment Building, as two of its major architectural features are fragments of demolished 19th-century buildings from elsewhere in the country. 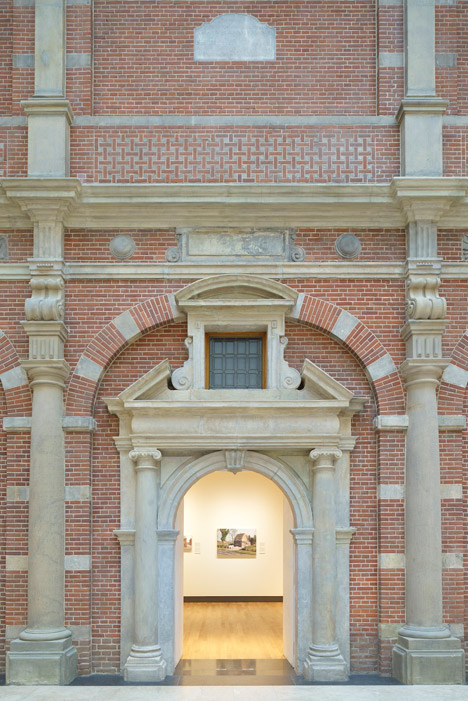 The first of these is a two-storey-high stable facade from a castle in Breda. With its brick construction and sandstone piers, it stands in contrast to the bright white walls and contemporary chandelier, which is spaced out to line up with the historic arches.

The floor is finished in Portuguese limestone, in keeping with other parts of the renovation, and a staircase with a glass and steel balustrade leads up to the galleries on the first floor. 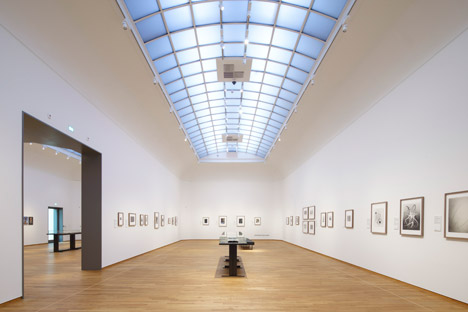 These rooms had previously been used to house part of the museum’s collection while the first phase of the renovation took place.

Few changes were made to these spaces, which boast gridded skylights, octagonal floor plans and unusual corner doorways. 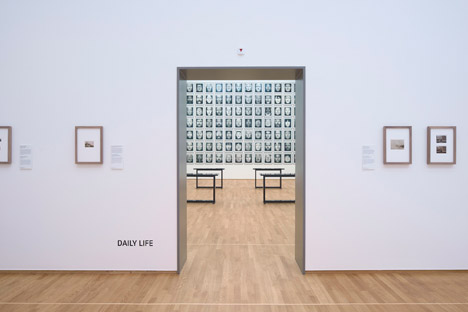 A curving balcony extends along the front edge of the atrium to connect the two sides of the galleries. Halfway along, a recessed window offers a view outside the building. 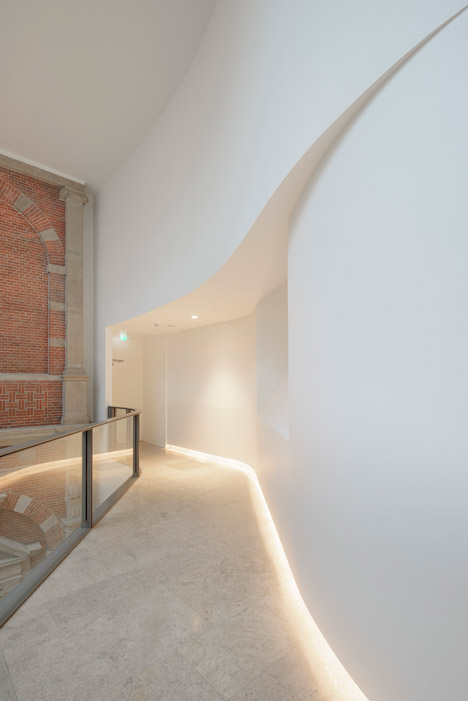 The second architectural fragment can be found at the rear of the wing – a staircase tower from Franeker. Above this, Amsterdam-based Studio Drift has added a silk lighting installation that rises and falls in billowing motions. 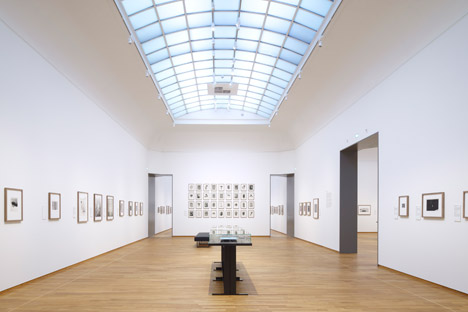 A restaurant and espresso bar can be found on opposite sides of the Philips Wing, fitted out by interior designer Paul Linse, who has been responsible for all of the museum’s new dining spaces. 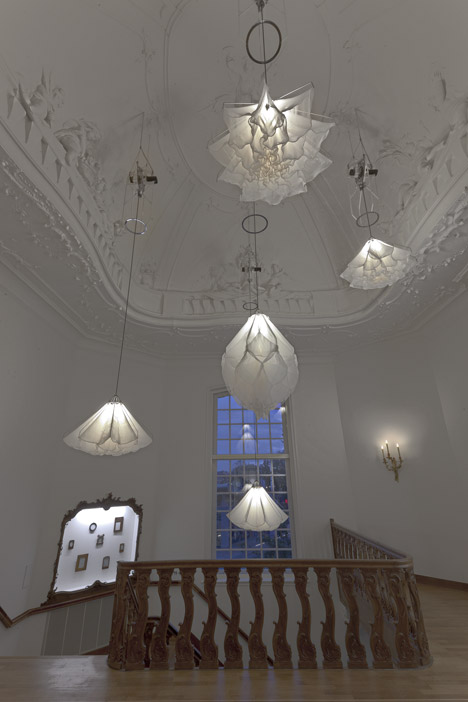 The space will feature only one permanent exhibition, located on the ground floor. The 17th-century lacquered tearoom, understood to be one of the oldest in the world, has been restored and furnished with Oriental objects from the Golden Age. 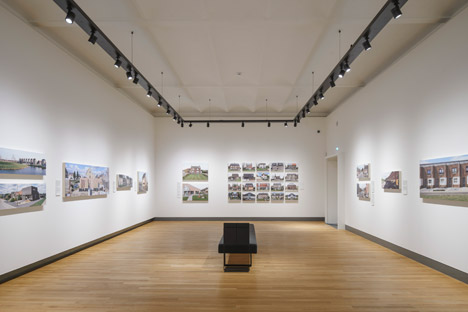 The Philips Wing at the Rijksmuseum opens next weekend with an exhibition of 20th-century photography featuring works by Brassaï, Man Ray and Jacques-Henri Lartigue.

Photography is by Ronald Tilleman, apart from where otherwise indicated.