This concrete pavilion constructed in the centre of a Polish quarry is a paleontological study centre that protects the remains of a modest prehistoric reptile identified in the 1980s . 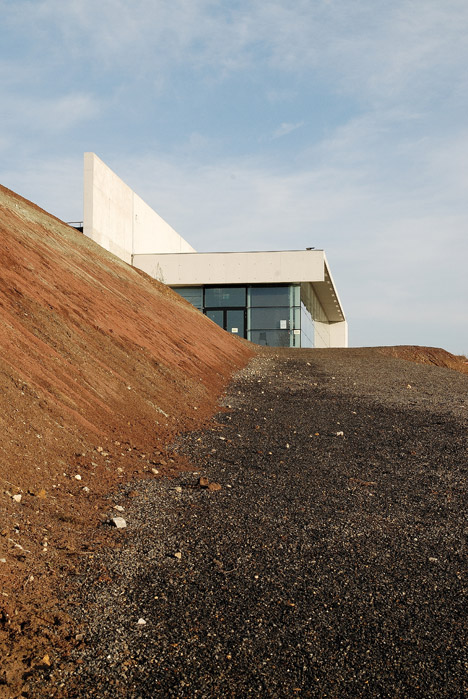 Polish studios OVO Grabczewscy Architekci and Goczolowie Architekci had been commissioned by the Dinopark Association to develop the Paleontological Pavilion on a dig site in Krasiejów, a modest village in Opolski province. Fossilised remains of Silesaurus Opolensis – a tiny herbivorous reptile dating from the Late Triassic time period (around 230 million years BC) – have been unearthed by stone quarrying on the internet site in the 1980s.

Associated story: Copper panels give a flame-like physical appearance to Museum of Fire in Poland

“The Paleontological Pavilion was produced with the thought of defending and exhibiting the distinctive fossils of Triassic reptiles and fossilised amphibians located in Krasiejów,” explained the architects. “The specific spacious structure of Krasiejów and its spot – interlacing the ribbons of forests, the Mala Panew river windings, meadows, fields – are the ground configurations, the treasured entirety which we want to modify as nicely as respect,” they extra. 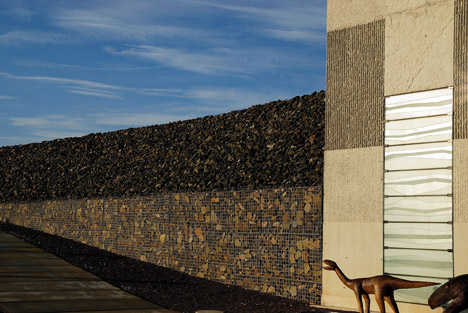 A reinforced concrete slab that kinds the back wall of the centre acts as a huge retaining wall that, in conjunction with rows of gabion rock cages, prevents the earth from caving into the crater where the pavilion stands. 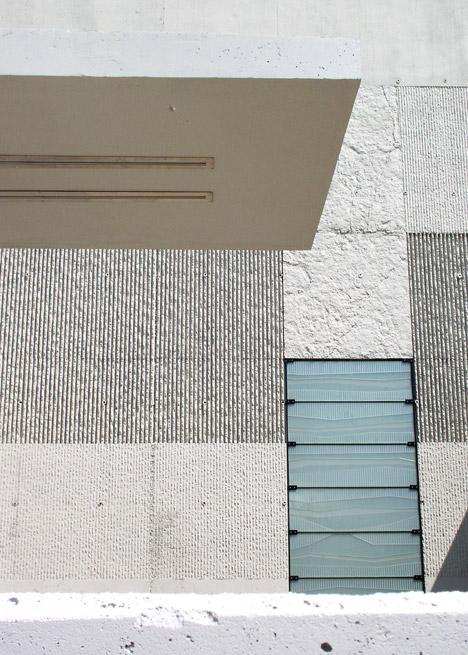 The concrete attributes a textured pattern that references the layered geological composition of the site revealed by quarrying. The designers describe it as “a delicate, diversified composition paradoxically far more noticeable by violent human interference”. 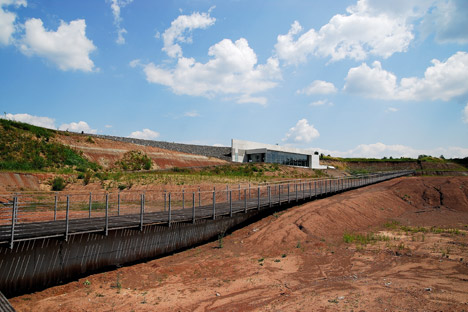 The south and west facades of the pavilion are glazed, giving views over the muddy landscape in which a lengthy wooden bridge can be witnessed trailing across the thirty-hectare web site.

Inside, a glass floor is raised above the earth on a steel grate, permitting visitors to see the exposed fossils without having triggering injury. 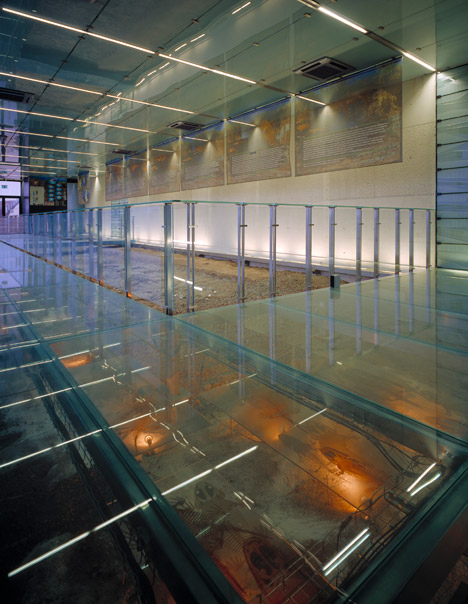 OVO Grabczewscy Architekci and Goczolowie Architekci won an global competition to style the pavilion in 2003. They carried out constructing functions and restoration of the quarry area, finishing the undertaking in 2012. Photography is by Daniel Rumiancew.