Australian company Terroir and Danish office Kim Utzon Arkitekter have developed a new building for the World Maritime University in Malmö, Sweden, featuring a jagged facade of glass and aluminium . 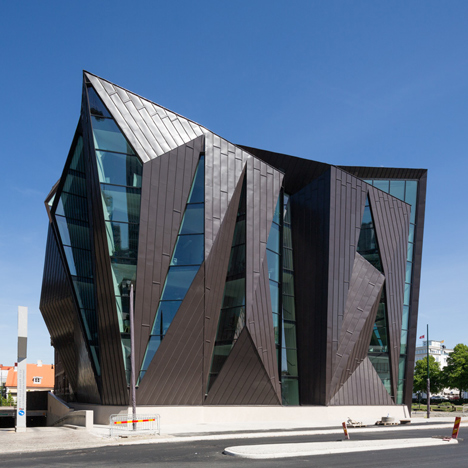 The venture concerned the renovation and extension of a century-previous harbour master’s constructing, creating approximately 6,000 square metres of teaching and office spaces for an institution focusing on maritime education and analysis. 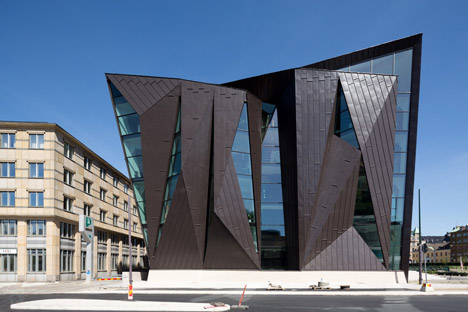 The current building – acknowledged as the Tornhuset – was finished in 1910 as the main office for Malmö’s harbour administration. It was built in the docklands area to offer a panoramic see of shipping activity in the harbour and the Öresund strait. 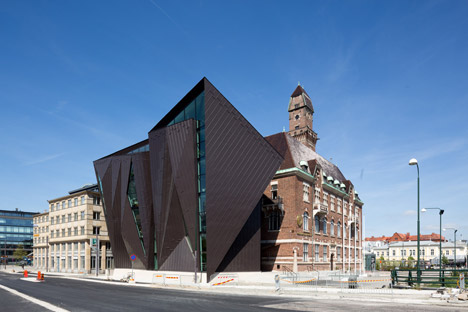 Terroir and Kim Utzon Arkitekter won an international competition in 2011 to develop a new facility on the identical website, with a layout based on the idea of a “hinge” that connects the old town with the harbour.

“The conception of the creating as a hinge prompted us to discover a folded plate language for the new developing,” said the architects, “this kind of that it could act as a hinge in the city and also a hinge amongst itself and the original Tornhuset.” 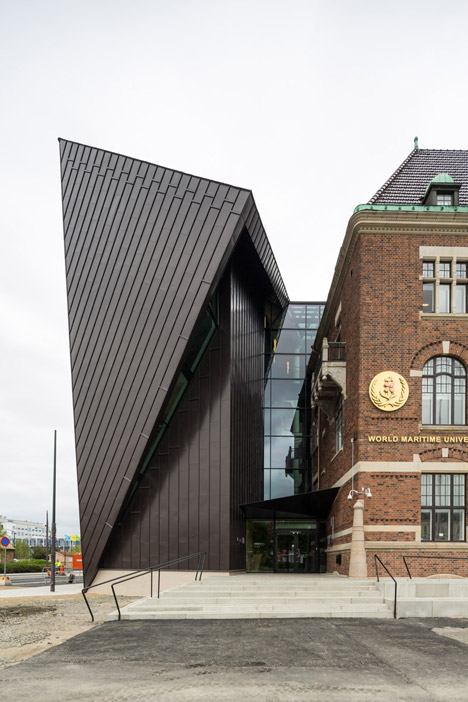 Angular lines defining the old building’s gabled roof informed the style of the faceted extension, which projects outwards from the vacant space in the Tornhuset’s L-shaped strategy. 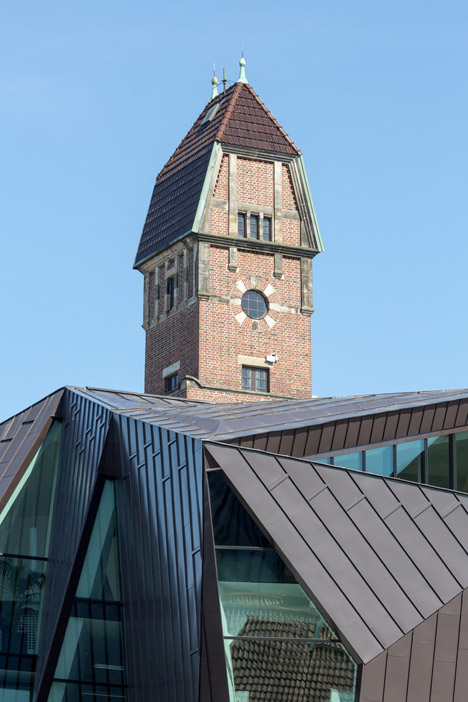 “The kind of the task emerged from a fascination with the roof of the authentic Tornhuset, which at initial glance looks traditional, but is an unexpected formal perform primarily based in a basic gable logic,” the architects extra. 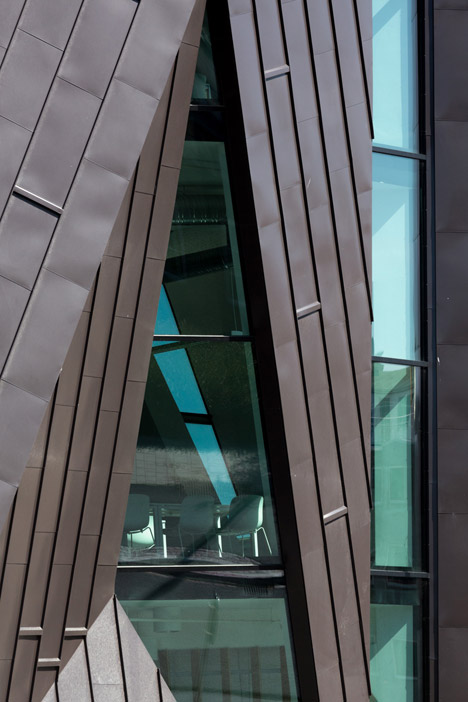 “We adopted a similar method, laying out a series of formal alignments with the present constructing that have been then elaborated on in response to the need for views and also light penetration to the spaces inside – all whilst presenting a largely solid kind in elevation,” they added. 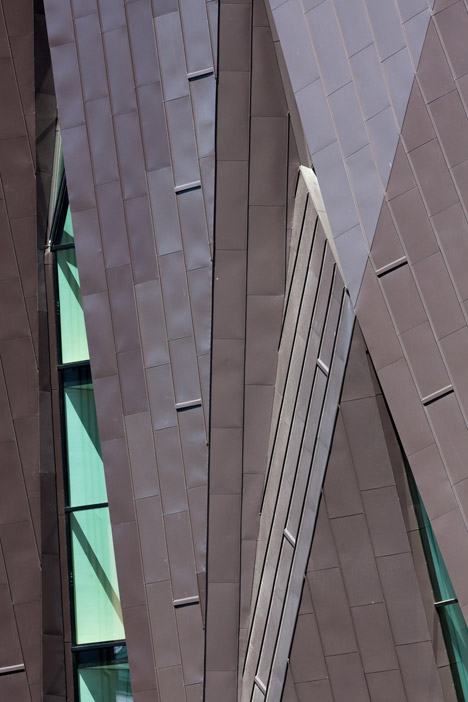 Sheet aluminium was utilised to clad the entirety of the non-glazed surfaces – a reference to the painted metal frequently discovered in architecture from the home countries of both design teams. Its colour produces a visual connection with the roof of the existing creating. 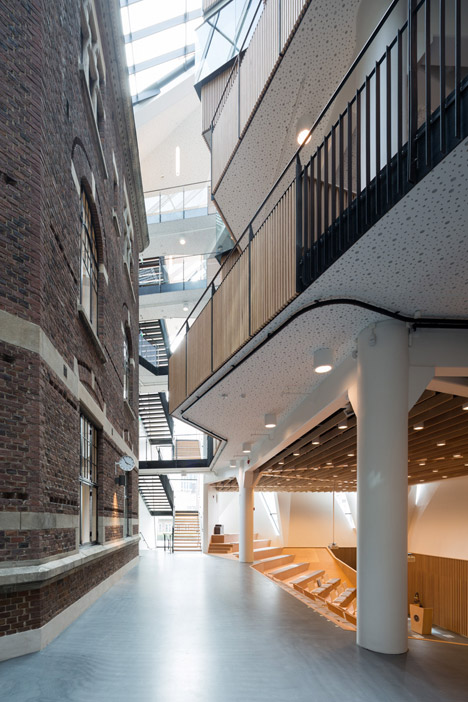 The original Tornhuset remains largely intact and includes the bulk of the offices. The extension is tacked onto its exterior and the void in between the two structures homes circulation and social regions. 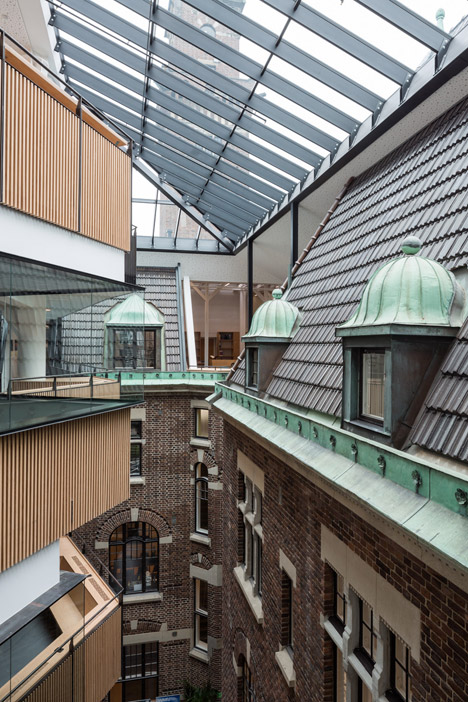 Teaching spaces are accommodated in the extension, like a sunken auditorium at ground floor degree that is open to and available from the full-height atrium. 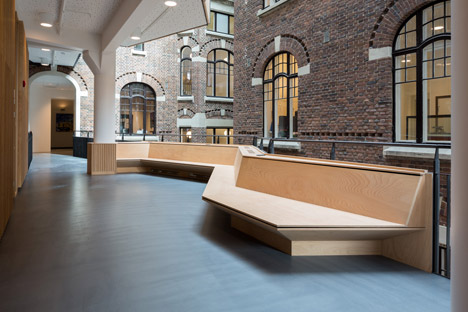 In this central area, the exterior facade of the Tornhuset can still be noticed and its cranked form connects with the extension’s irregular inner surface, which incorporates balconies and breakout locations spread in excess of 3 storeys that jut out above the atrium. 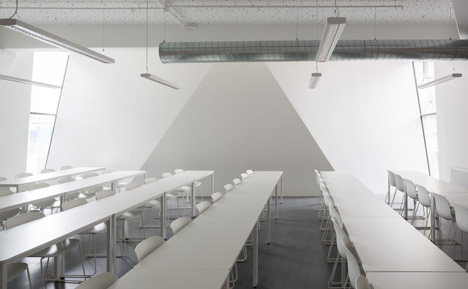 Sections have been removed from the upper storey of the original roof to accommodate openings, connecting a library on this degree with the atrium. Quick bridges span the gap among the old and new structures. 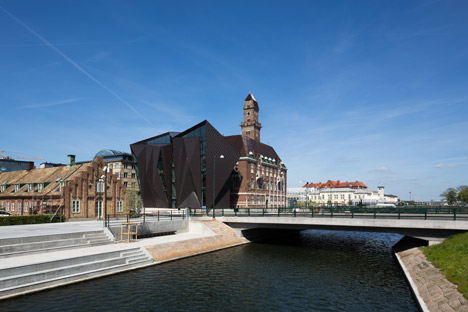 Huge slanted panels of glazing inserted into the roof fill the central void with normal light and the vertical stack of floors in the extension is set back on each degree to make certain the highest volume of light is in a position to enter.

Photography is by Torben Eskerod.