Chilean studio MAPA has converted a vacant creating in Santiago into an apartment block covered in zigzagging brickwork (+ slideshow). 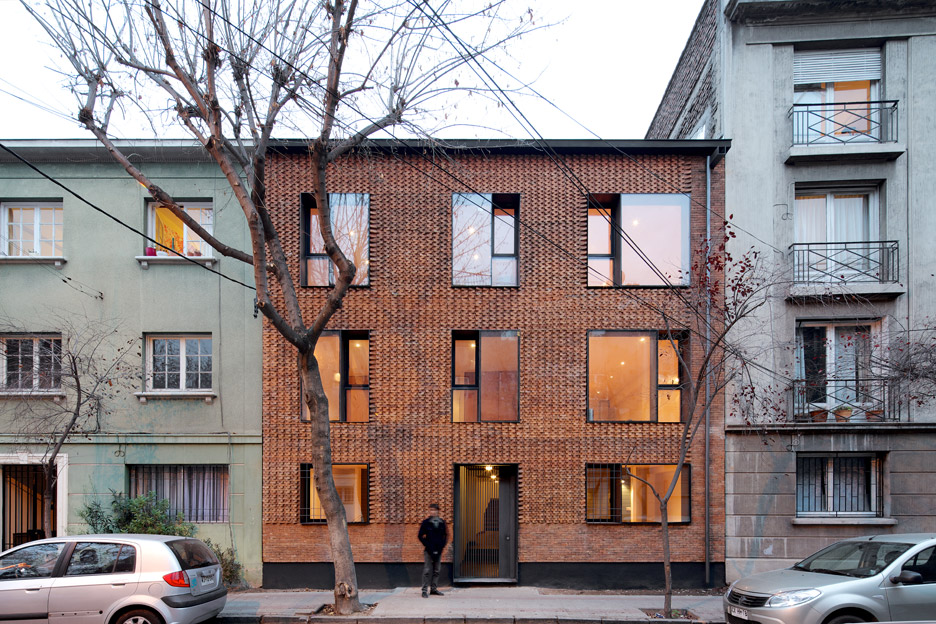 The 1940s constructing in the Providencia location of the city had been derelict for thirty years prior to MAPA co-founders Cristián Larraín and Matías Madsen carried out the overhaul, which they phone Project E_RC. 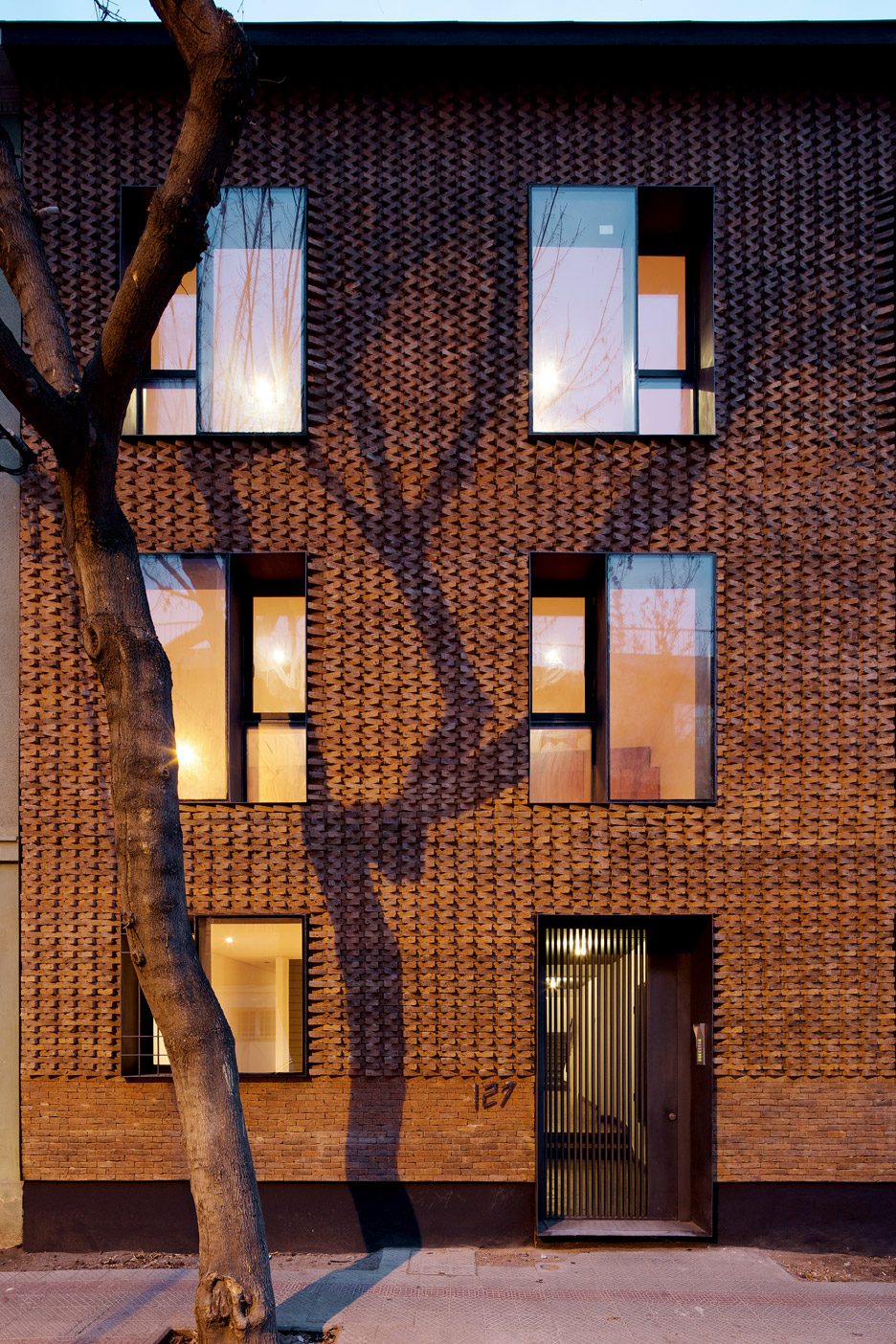 The 3-storey building is covered in brick cladding, which is meant to “create a new grain, referring to the mouldings and stucco details of classical buildings close by.” 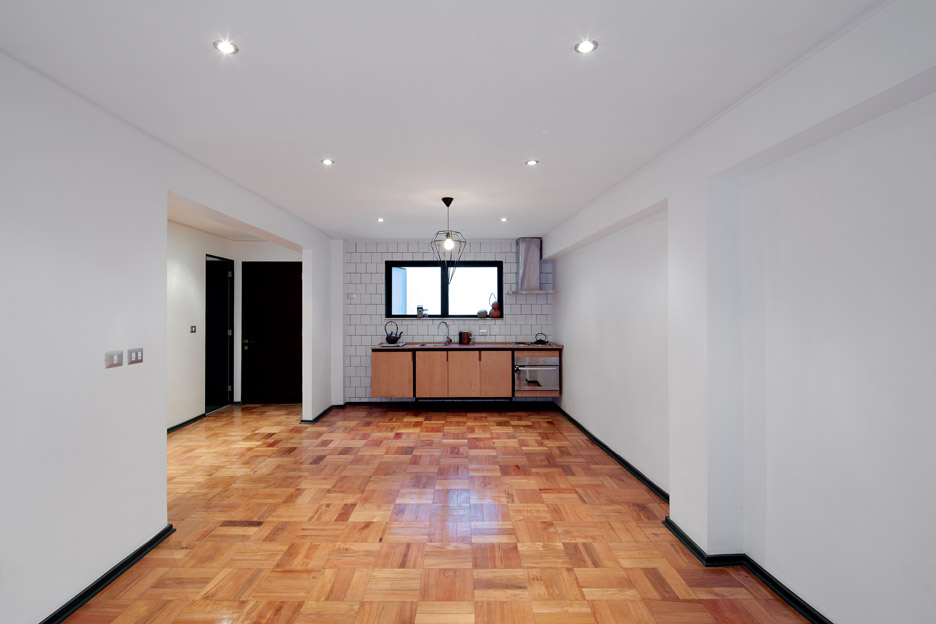 Regular terracotta-coloured bricks have been split diagonally to produce little triangular prisms – a strategy also used by Fraher Architects for a slate-grey extension in north London.

These blocks are arranged in rows with the tips pointing in alternate instructions, forming a zigzagging pattern across the facade of the apartment block. The textured brickwork is meant to help mix the new facade with the decorative faces of neighbouring buildings. 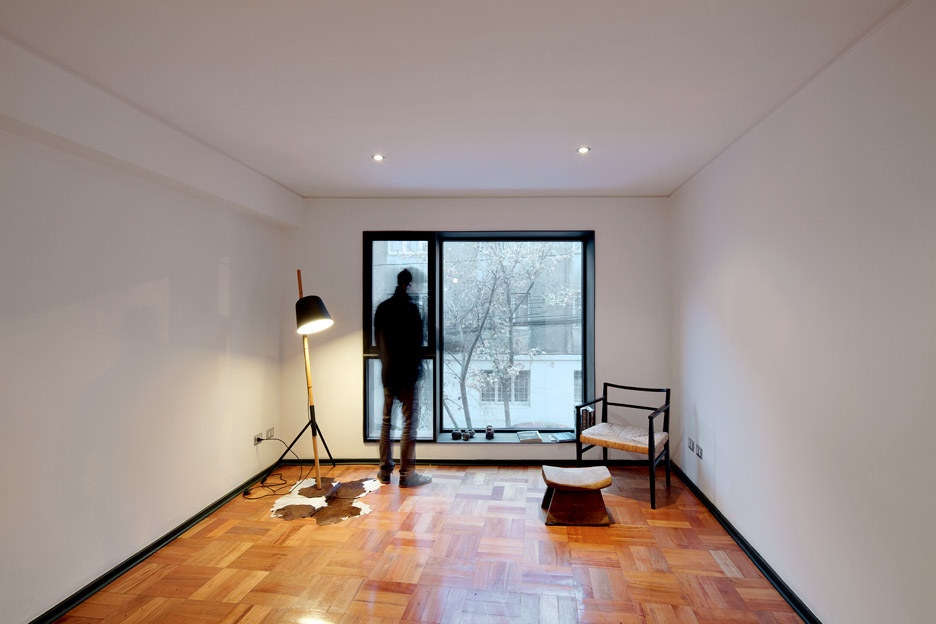 “The context in which the project is found is one particular of classic buildings with continuous facades, virtually all developed in the identical decade – the 1940s – with no any visible intervention in the previous 70 many years,” stated Larraín and Madsen. “So the very first difficulty was how a new piece could be inserted in a context like this.” 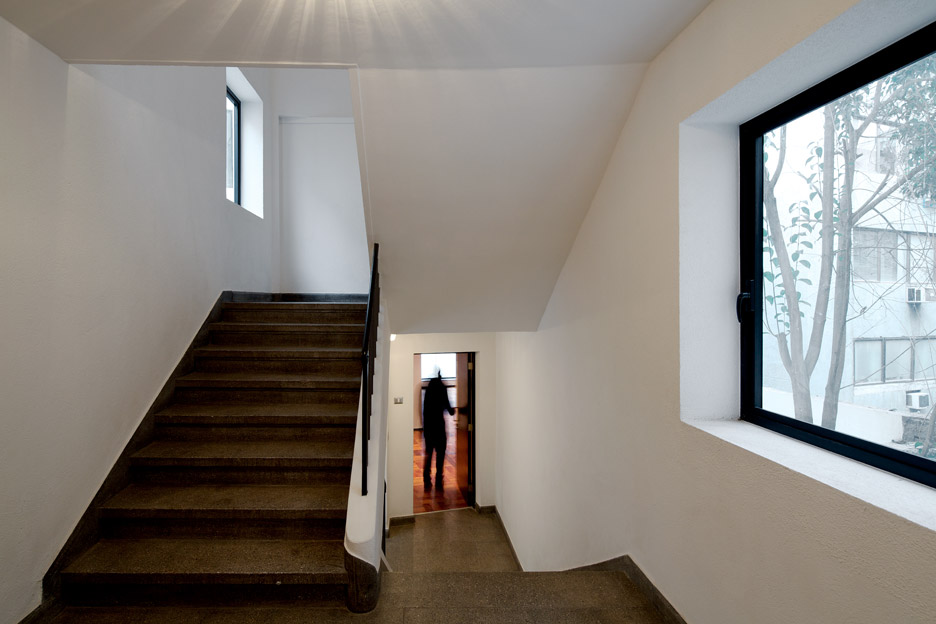 Present windows have been expanded to give every of the 7 apartments sufficient natural lighting. Deep steel window frames have been extra to aid support the modified facade. The glass sits flush with the outer brick cladding, creating wide sills just above floor degree on the interior. 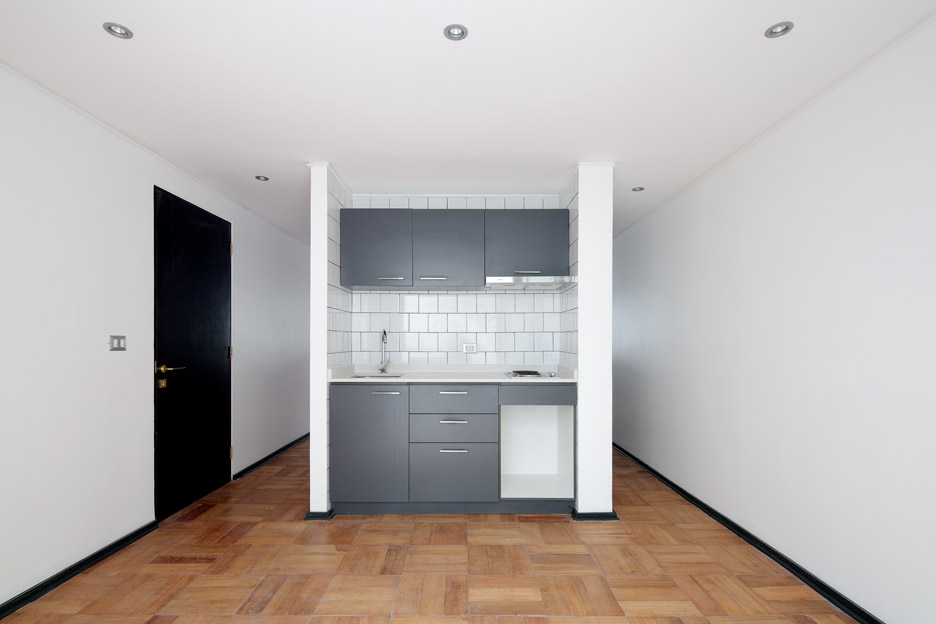 “To develop luminous interior spaces was the only client necessity, a truth that grew to become the trigger for all subsequent intervention selections,” explained the architects. “For this function, it was decided to enlarge the openings in the facade, which meant a change in the unique morphology.” 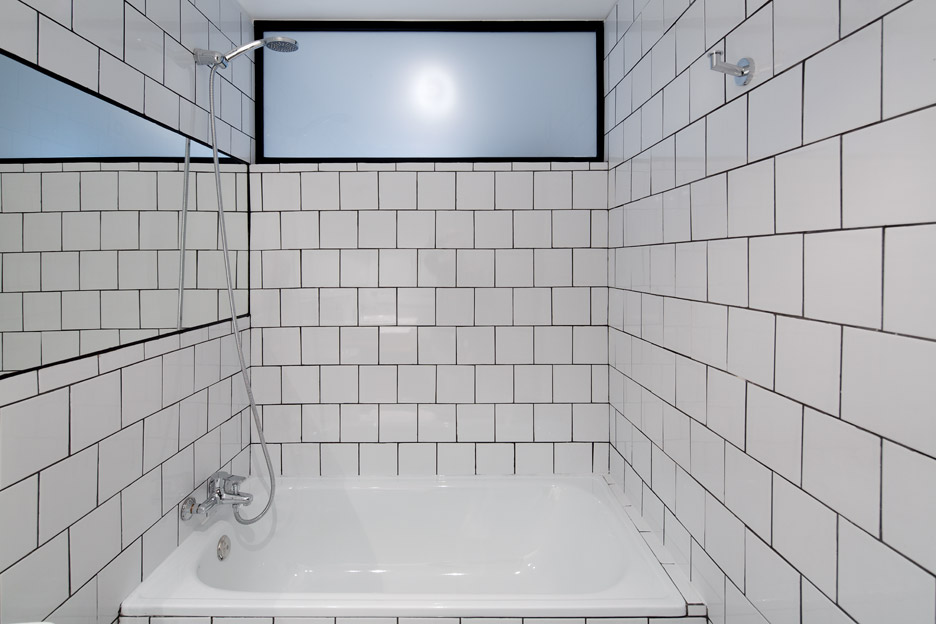 The block is made up of a mixture of studio and two-bedroom apartments, which are uniformly decorated with wooden parquet flooring, white tiles and grey cabinetry. 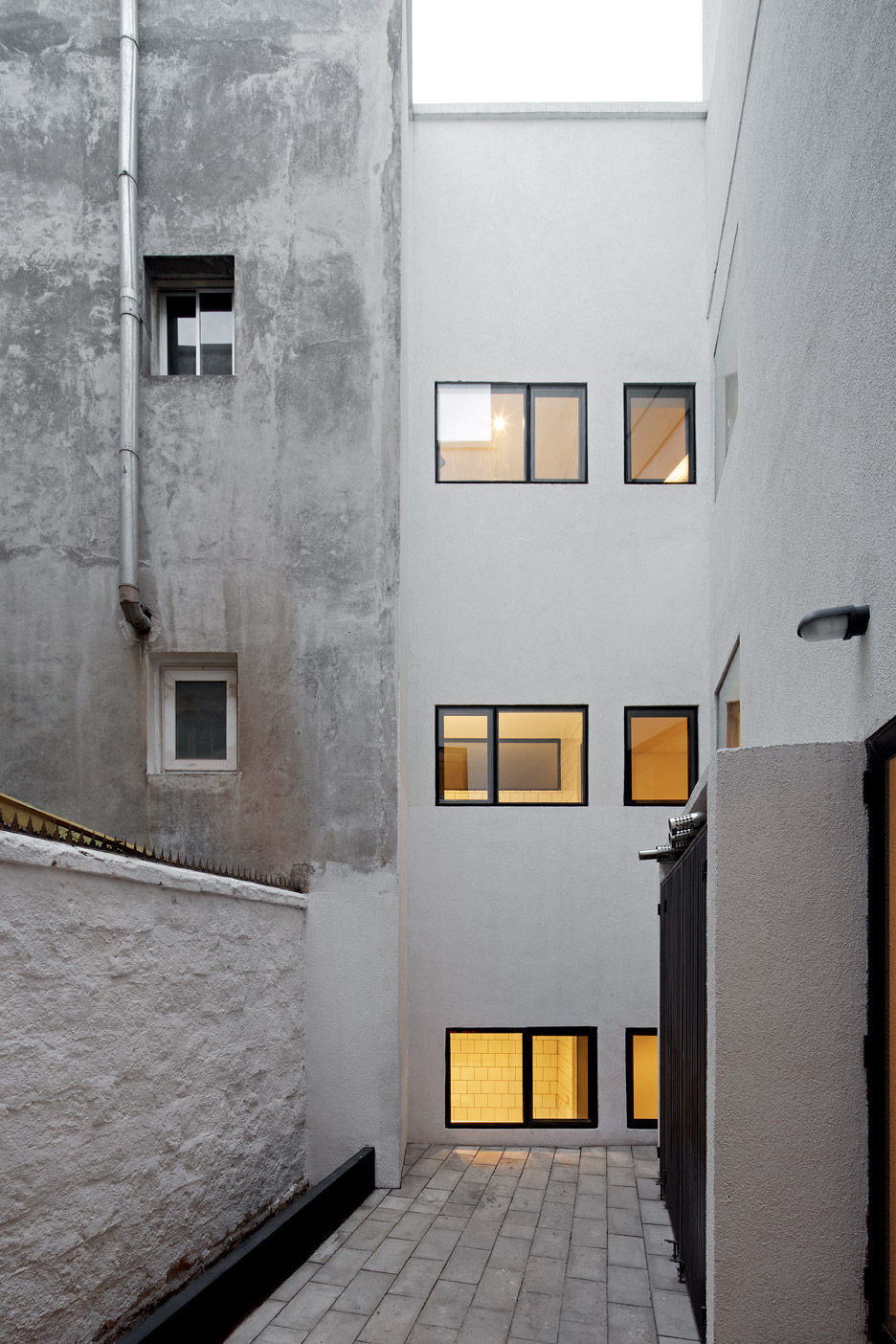 Floor-to-ceiling units divide the 35-square-metre studios into two parts – one for sleeping and 1 for entertaining. Gaps all around the side of the units, which include kitchens and bathrooms, permit light to pass from the street-facing windows to the back of the apartment. 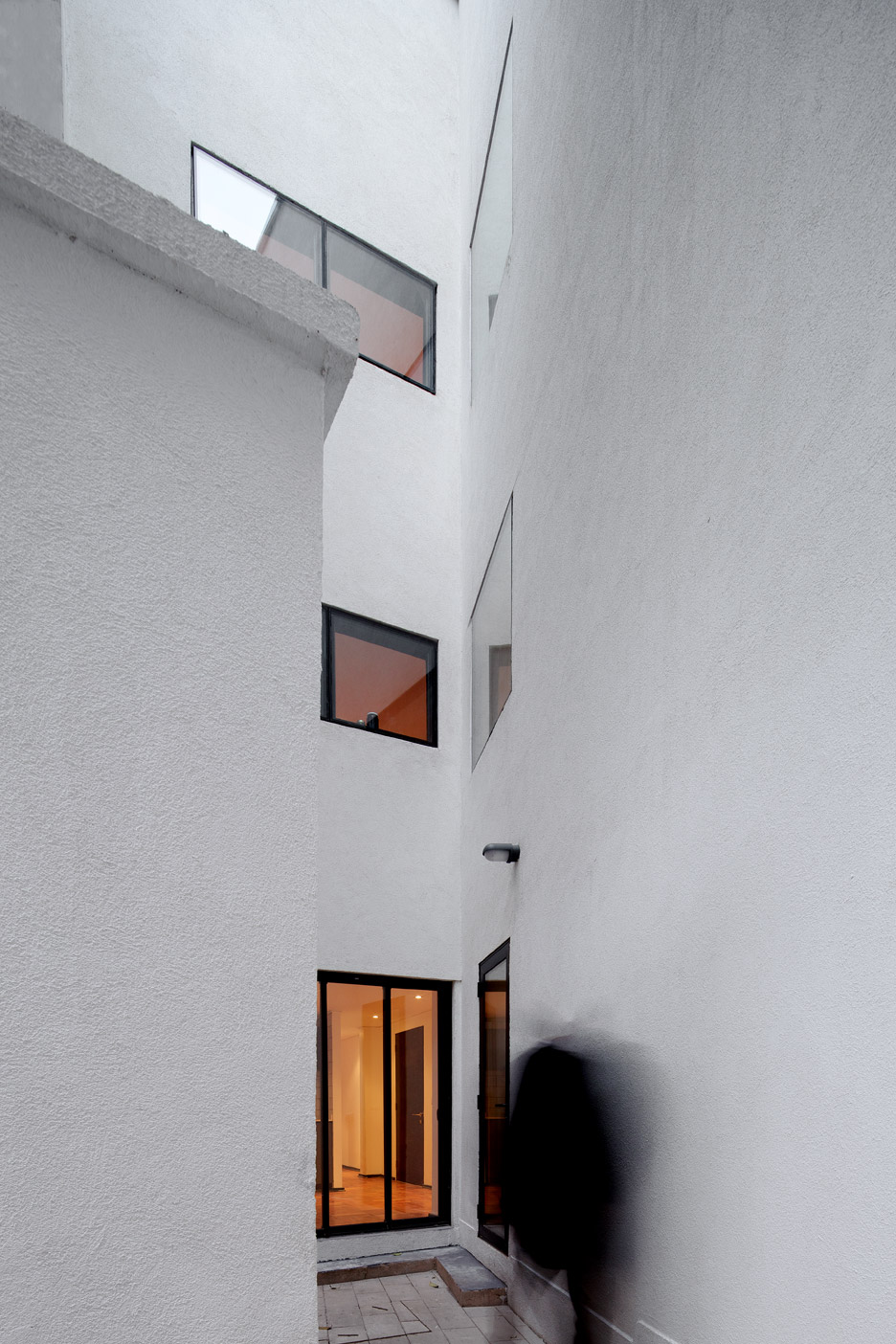 The bigger apartments have an location of 80 square metres and attribute open-prepare living locations that span the depth of the block. Ground floor flats also have entry to a patio concealed at the rear of the creating. 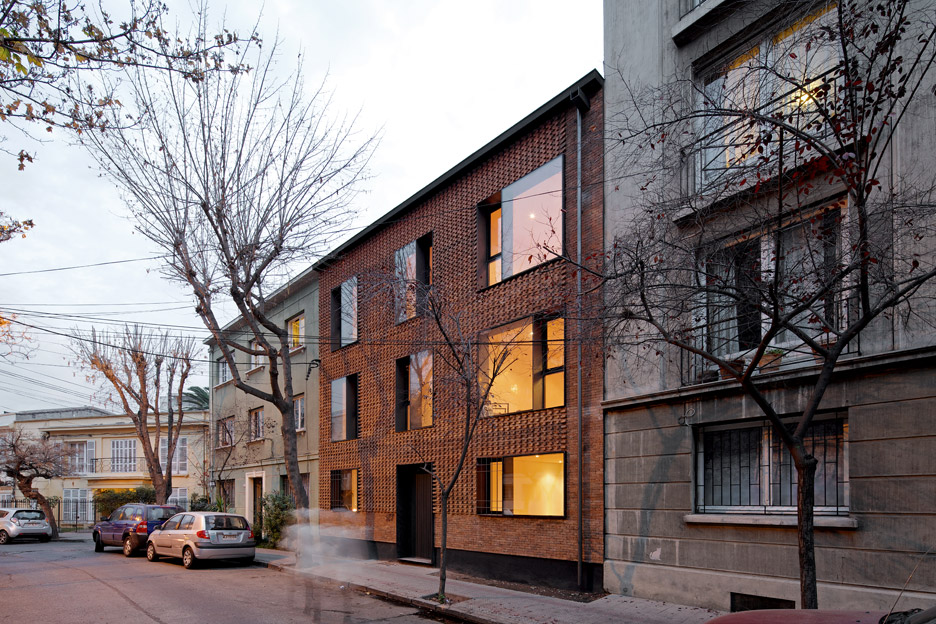 Photography is by Nicolás Saieh.