Australian architect Louise Nettleton has shoehorned a coffee shop for comic-book lovers into a narrow gully formerly employed as a driveway, near Sydney’s Central Station . 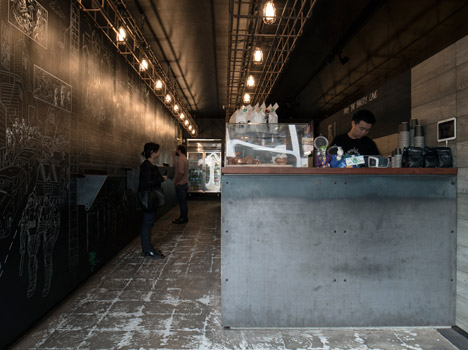 The Reformatory Caffeine Laboratory by Louise Nettleton is situated behind the garage door of an old driveway. A frosted glass and black-framed shopfront concertinas from ceiling to floor like a garage door, as a reminder of its former use.

There is standing space only in the 3.5 by 15 metre space, so customers drink at the bar. The L-shaped counter is made from matte steel with a recycled Glulam – glued laminated – wooden prime. 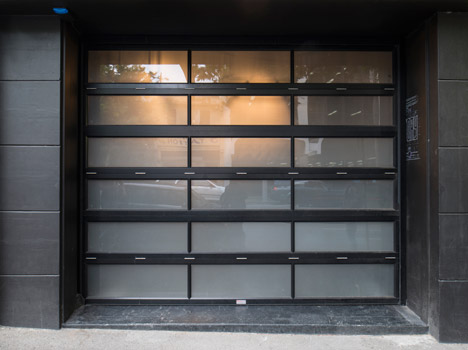 Dark monochrome paintwork provides the cafe a cave-like look, which is complemented by industrial steel features and a distressed tile floor. 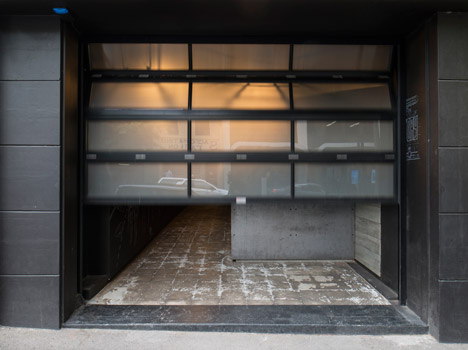 The client – a Colombian coffee bean grower, distributor and roaster – set his short for the project employing a series of comic-book style illustrations. 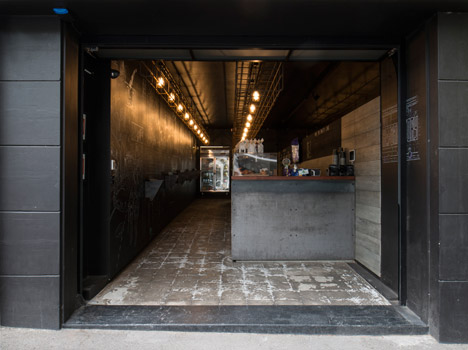 “He wanted a dark and grungy den-like cave,” mentioned Nettleton. “It suits the ephemeral and theatrical sense of this part of the city.” 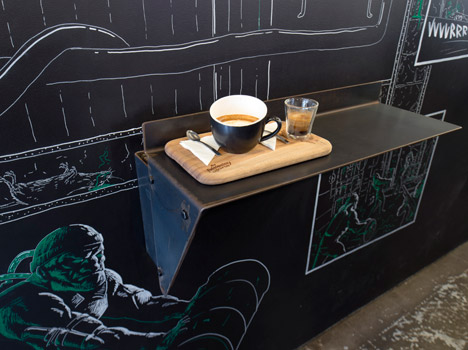 A black wall that runs along one particular side of the space is decorated with a white-outlined mural by Melbourne illustrator Heesco. The scene depicts several characters from popular comics and graphic films like Sin City. 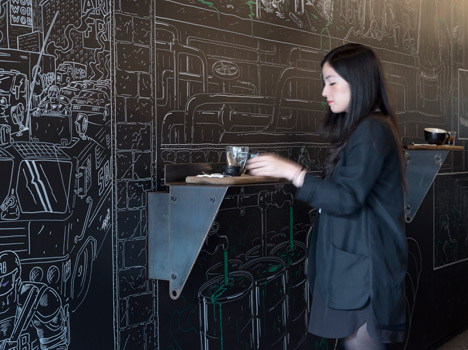 “Essentially Simon, the owner, is fanatically into The Joker, so we came up with a character of The Mad Professor, which is a scientific version of the Joker, quite significantly,” mentioned Heesco. 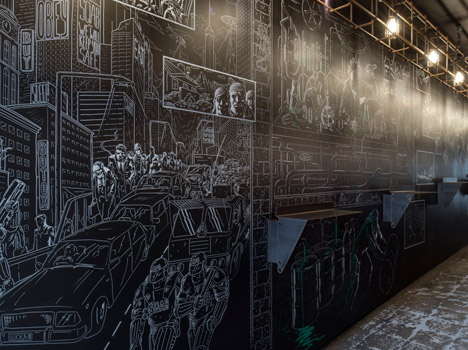 “This is my version of The Dark Knight Returns, Judge Dredd and Sin City combined.” 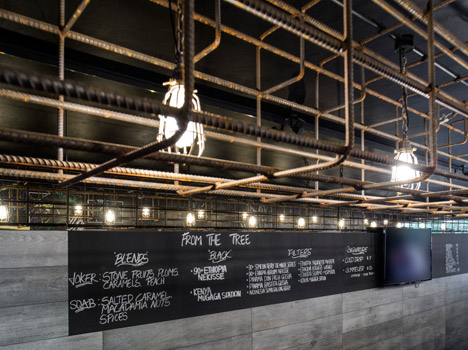 Tiny steel plinths project from the wall to give customers someplace to set their drink, but are also intended to protect the surface from scrapes and bumps. 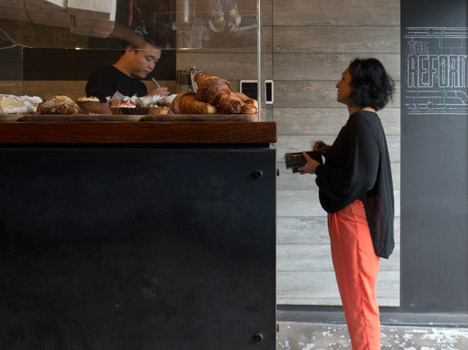 The dark space is lit by rows of Edison Light Globes, which hang within the confines two long rusted cages. The cages are produced from the textured steel rods generally utilised to reinforce concrete structures. 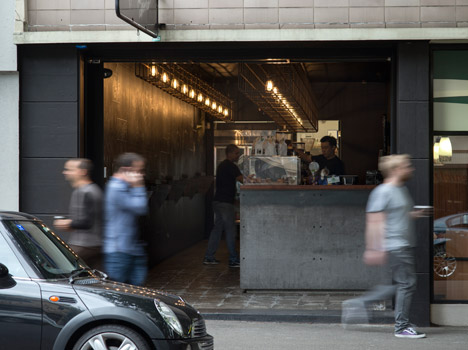 Photography is by Richard Glover.