Square and circular holes puncture the concrete facade of this property in Japan by Fuse Atelier, permitting light to filter by way of to 5 tiny terraces concealed behind (+ film). 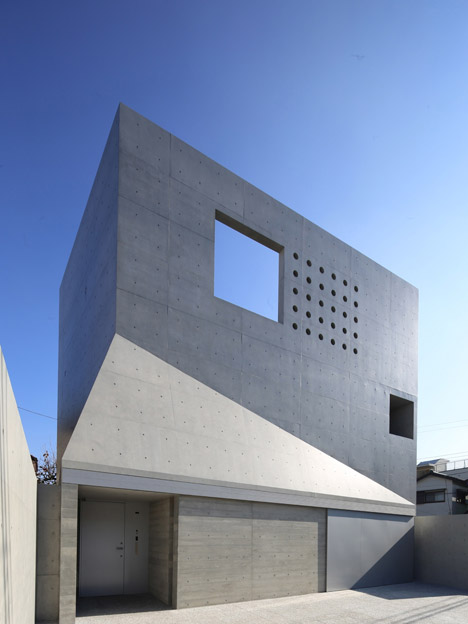 Residence in Tsudanuma was made by Chiba-based Fuse Atelier for a couple in their 40s, who previously lived in an older residence on the internet site, but chose to change it with a contemporary concrete home. 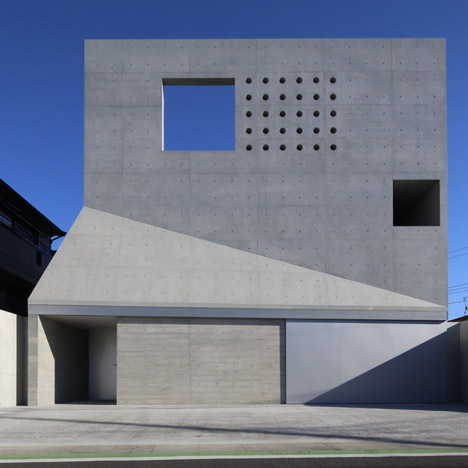 The three-storey residence is positioned in Narashino, a city 37 kilometres east of Tokyo, and on a active street shut to a railway station and numerous large outlets. 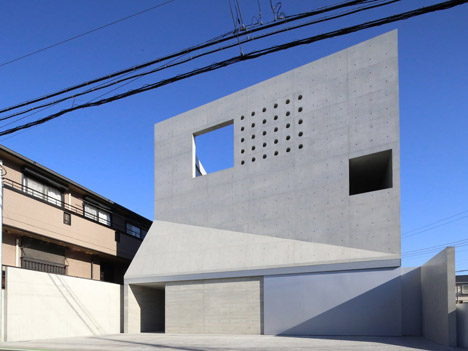 To block noise and vibrations from the road and preserve privacy for the owners, architect Shigeru Fuse developed a windowless concrete facade at the front.

He then added quite a few terraces inside, which receive daylight through the square and circular holes. 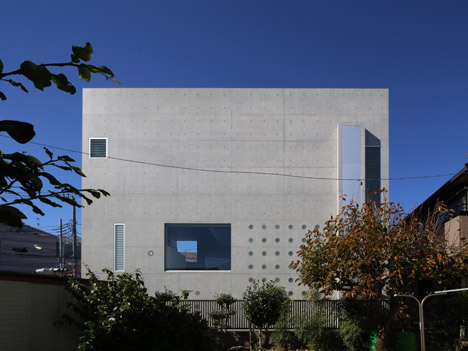 Noise is also minimised due to the fact the property is set back four metres from the street – a requirement from city planners to allow the street to be widened in the future. 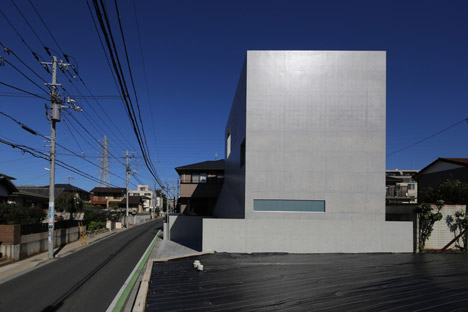 “The resulting open space at the front functions as a buffer in between the street and the home,” stated Fuse.

“Upper components of the developing also had to be set back due to a variety of legal limitations. As a end result, the exterior was tapered among the 2nd and third level.” 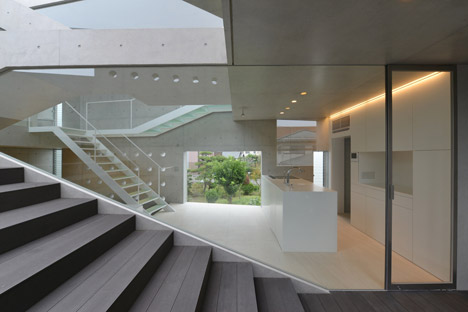 The house contains a garage and gym on the ground floor, while a series of split levels across the two upper floors offer a a lot more gradual passage by way of the interior. 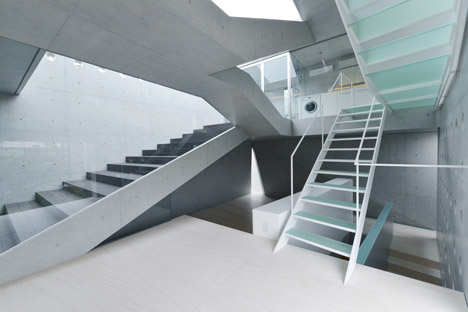 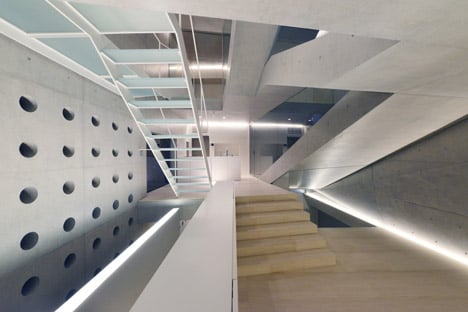 Two staircases crisscross a void in the centre of the property. One particular connects the rooms within and the other connects the 5 modest terraces, which are arranged next to the kitchen, bathroom and bedroom, and at both edge of the roof space. 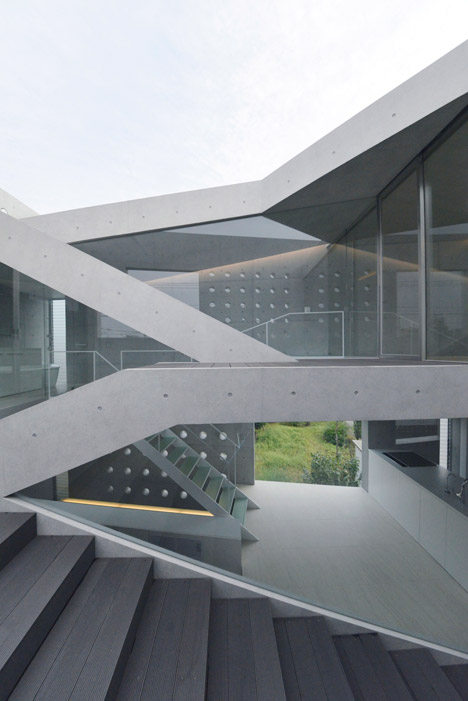 “The vertically arranged outdoor space, with a passage that leads from the terrace on the 2nd degree to the rooftop, effectively breaks up the interior room,” mentioned Fuse.

“Combined with the flow planning of the interior, this also amplifies the building’s overall ease of navigation.” 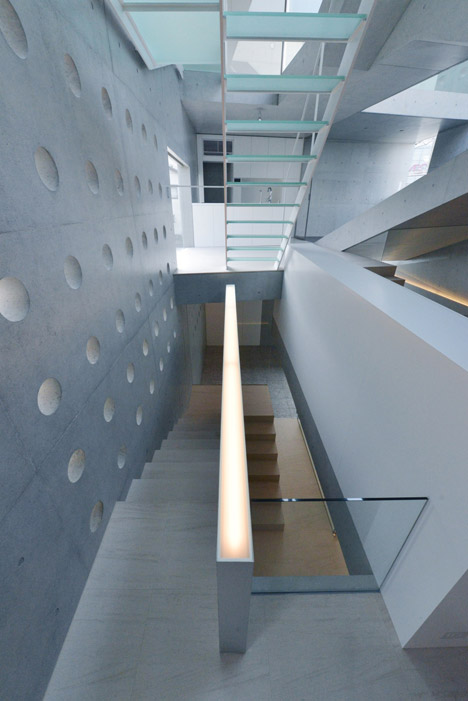 Gaps were left between some walls and floors to increase views and light by way of the rooms, and among the numerous levels. 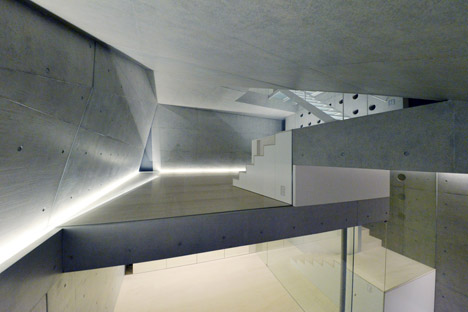 “An accumulation of related components produces gaps both horizontally and vertically, foremost the eye through surprising escapes.” 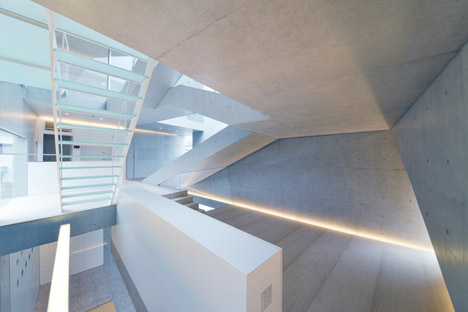 On the east-facing rear elevation, a huge square window and smaller holes puncture the wall, mirroring the front of the home but set lower to deliver light into the kitchen and living space. 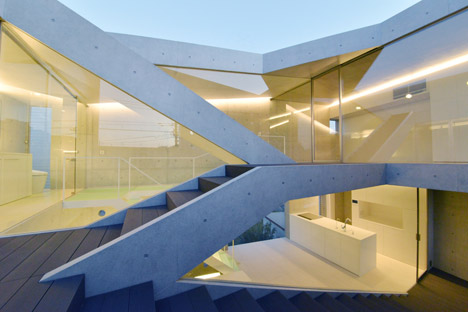 The house was built from reinforced concrete, which is left exposed inside and complemented by limestone flooring.

“By fully embracing the Minimalist particulars of concrete, glass, metal and rock, the space is intensified with a distinct sharpness, where the skeleton of the construction turns into visibly apparent,” explained Fuse. 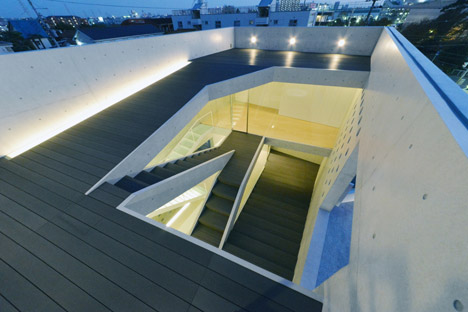 The home occupies a 63-square-metre footprint, has a total inner floor area of 153 square metres, and was completed more than sixteen months. 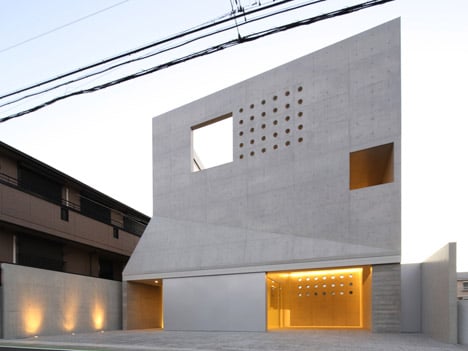 Other concrete houses lately finished in Japan incorporate a Tokyo property for an artwork collector and a cantilevered residence in Toyohashi with a huge plywood-lined living space.

Photography is by Shigeru Fuse.