Porto studio Fala Atelier has overhauled the layout of a cramped flat in Lisbon, adding sliding doors that connect every single space to a central living location and small balcony. 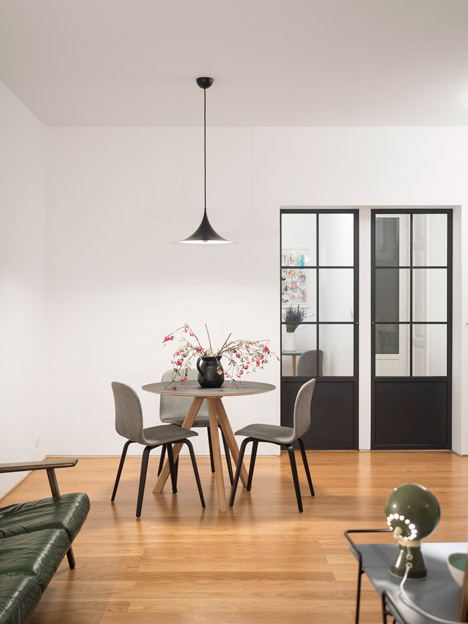 The 60-square-metre Príncipe Real Apartment, contained inside an old tile-clad block in downtown Lisbon, was reorganised and refurbished by the co-founders of Fala Atelier, Filipe Magalhães and Ana Luisa Soares. 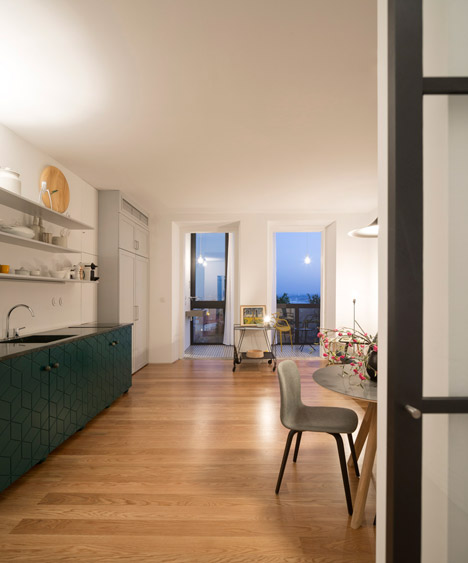 The architects removed all interior walls from the tightly-packed strategy and began once more, adding just two partitions to generate a largely open-plan space.

Mirrored and glass doors, which reflect light from windows on both the north and south facades, slide off a central living and dining space into bedrooms and bathrooms on either side. 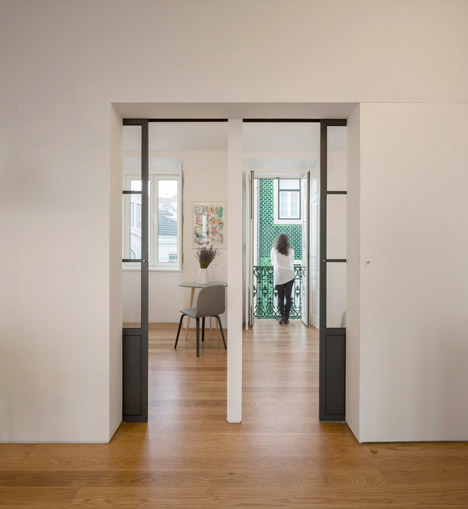 “Though charming at the 1st glance, it was somehow broken,” mentioned the architects. “The spatial program was erratic, with all the things in the wrong location.” 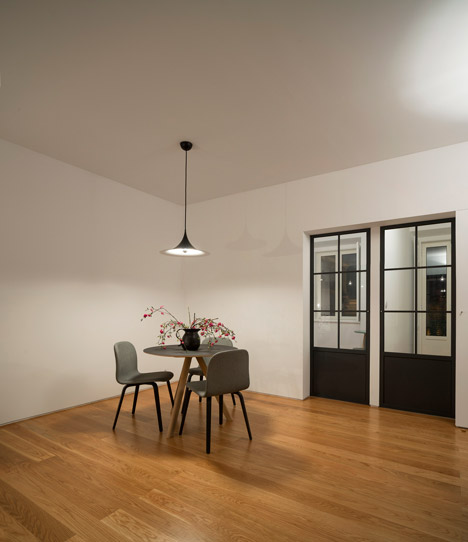 “The principal notion behind the project was to redefine its priorities, correcting it, while framing the view. All the walls had been removed and the programme was flipped 180 degrees.” 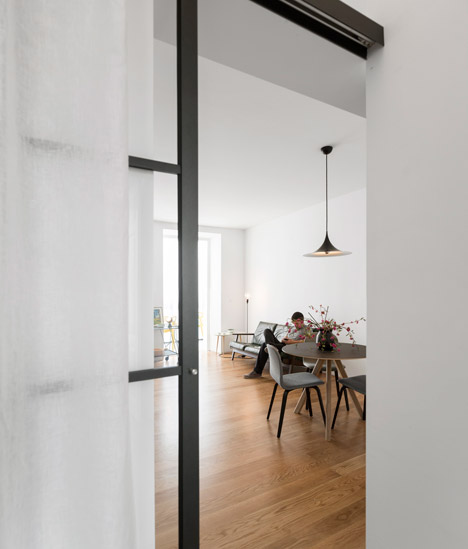 Living spaces had been grouped collectively and moved from the north to the south side of the flat to advantage from much better light and views of the city from the small enclosed balcony. 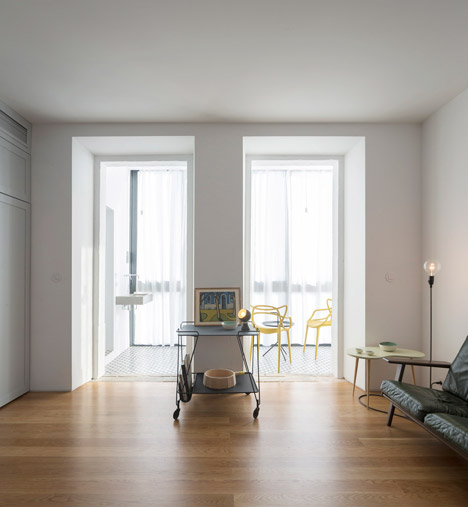 The patio has two glazed sides and is connected to the living space by two doorways and an adjoining white brick wall. 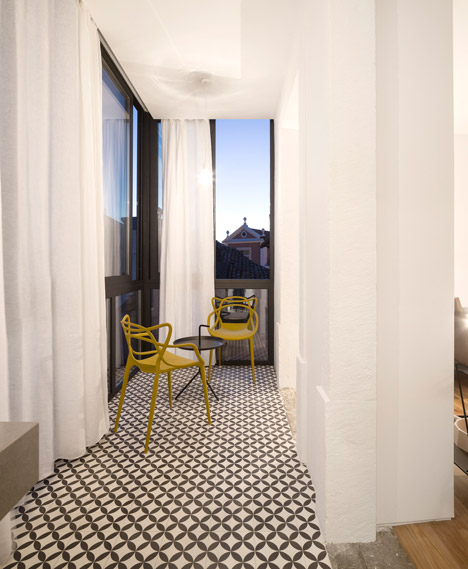 “The balcony and living area became the continuation of every other,” said the studio. 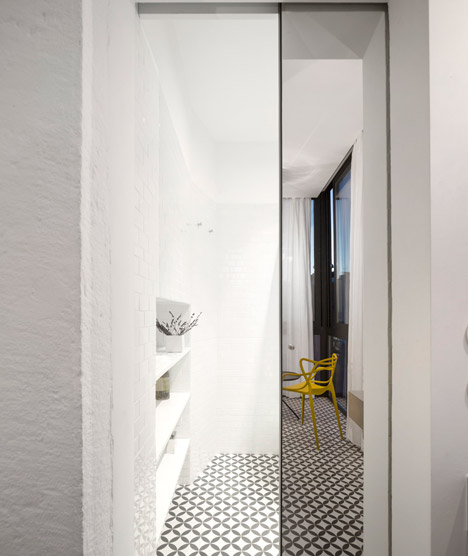 The floor is patterned with black and white tiles that relate to the building’s decorative facade. Two mustard-coloured Masters Chairs by Philippe Starck add colour. 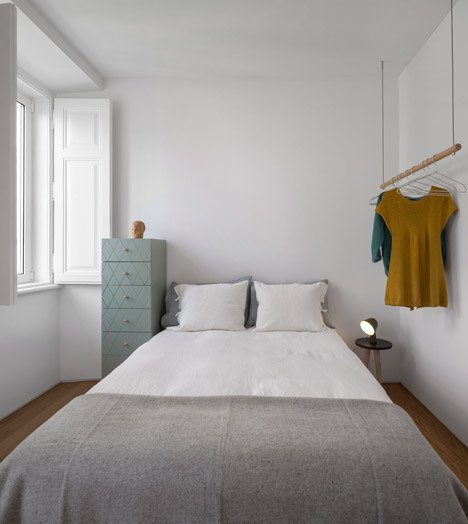 A small toilet and shower-space are housed behind a sliding mirrored door. 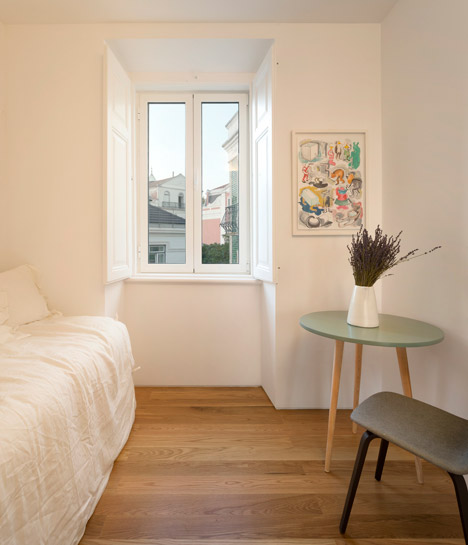 A windowless bedroom with no appreciation of the city views was originally landlocked in the centre of the strategy. This and a second bedroom have been re-situated side by side across the width of the north facade.

French doors open from the master bedroom onto a small balcony. 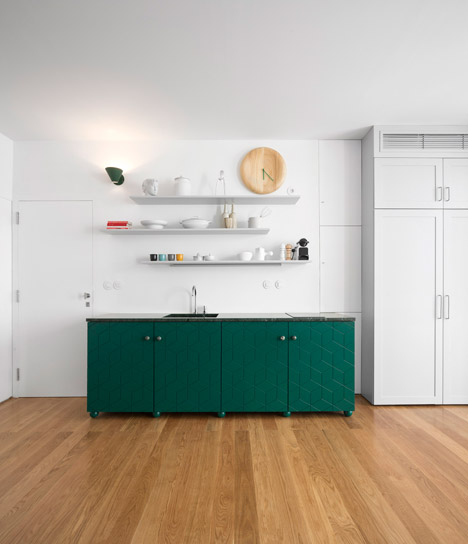 The walls and ceiling were painted bright white throughout. According to the architects, they become “a clear canvas for the couple of pieces of furnishings placed like independent objects in the space”. 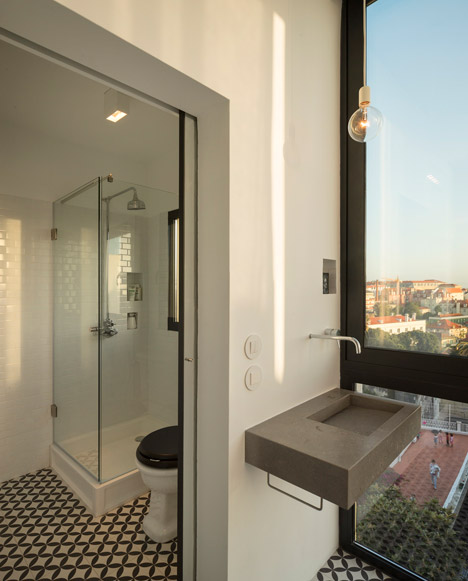 A deep green sideboard imprinted with a tessellating geometric print sits on one side of the living space, providing a preparation region for the kitchen, even though in one particular bedroom a chest of pale-blue drawers has a diamond pattern cut into its surface. 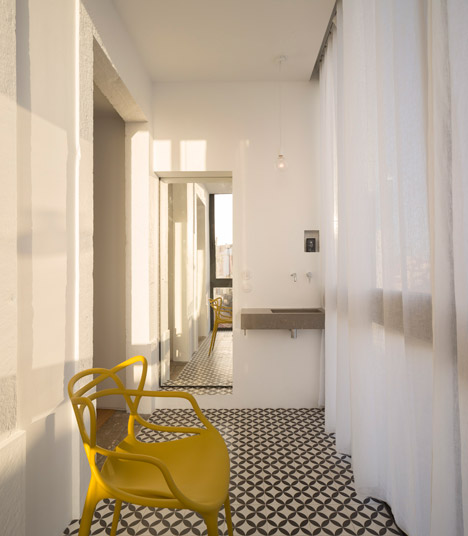