Maison&Objet 2014: designer Andrea Rekadlidis has created a set of white-glazed ceramic desk organisers based on the simplified outlines of five famous Italian monuments . 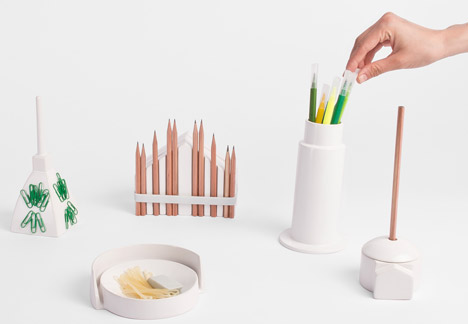 The items in the collection replicate the small models of landmarks usually brought home by tourists as momentos of travels, but are given a useful function. 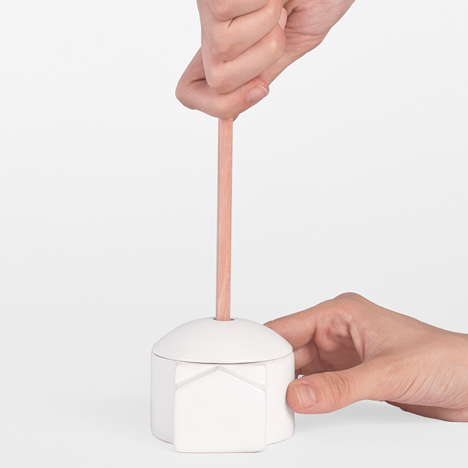 “In Italy and in the rest of the world it is easy to find small statues of the most known monuments, these souvenirs are useless, and quite ‘kitsch’,” Rekalidis told Dezeen.

“The goal of the project was to play with this situation by creating objects that pay homage to the most important Italian monuments, but also to give them an everyday use,” he added. 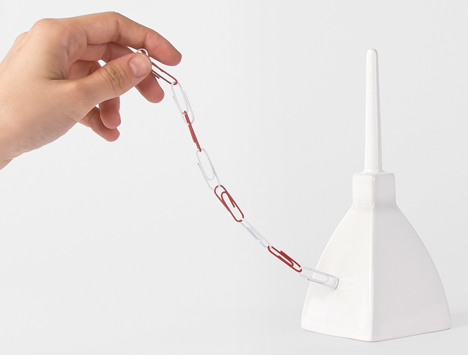 Rekalidis pared down the complex forms of the monuments to produce simple outlines for his collection of glazed white ceramic desk-tidies.

“I wanted to simplify the forms as more as possible. I gave as put as little detail as possible into the geometries to let people think about what every piece is by a mental association – it’s possible to identify them, but not too easy,” said Rekalidis. 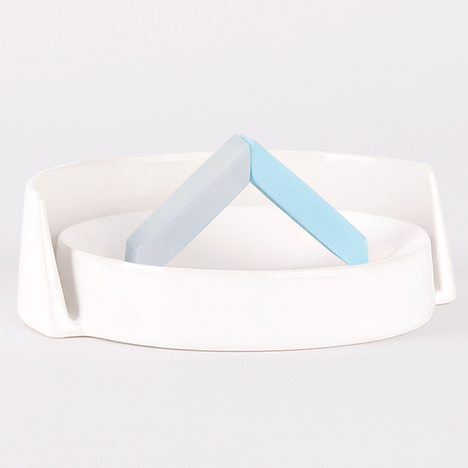 “I think that white colour is perfect for showing the pure forms,” he added.

The ornate Milan Cathedral, one of the largest in the world, is reduced to two pieces of ceramic bonded together by a rubber band that secures pencils in notches around its perimeter to form its spires. 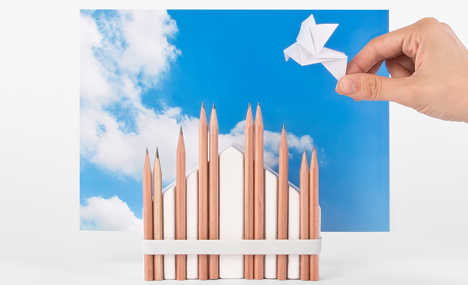 “When they are placed within the corresponding slots, they mimic gothic spires,” said the designer.

A ceramic tube that tilts precariously to one side forms a pen pot made in the shape of the Leaning Tower of Pisa. 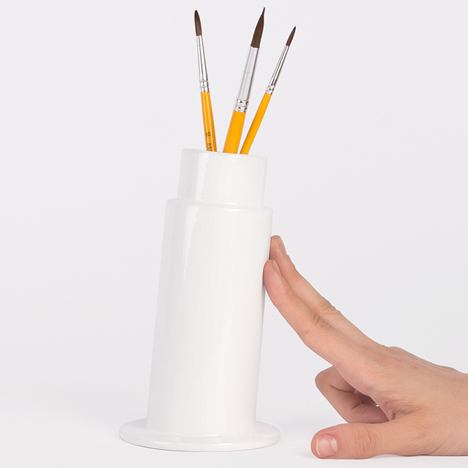 The oculus in the domed roof of the Roman Pantheon forms an opening for a pencil sharpener, while the Colosseum’s elliptical outline can be used to hold elastic bands. Erasers and other small items of stationary can be wedged in a gap between the concave amphitheatre floor and curved wall.

A spired paperweight represents the roof of the Mole Antonelliana, which houses the National Museum of Cinema in Turin. The weighted piece also has a magnetised surface to attract paperclips. 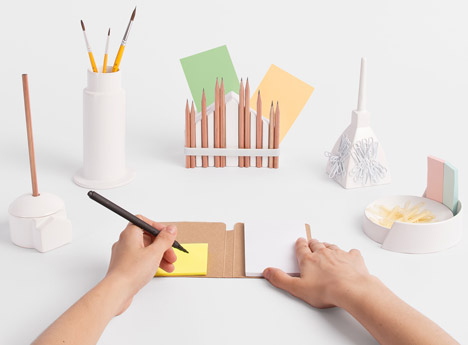 Rekalidis debuted Souvenirs Collection with BOZU at Maison&Objet in Paris earlier this year.

Related articles across the web

When You Have To