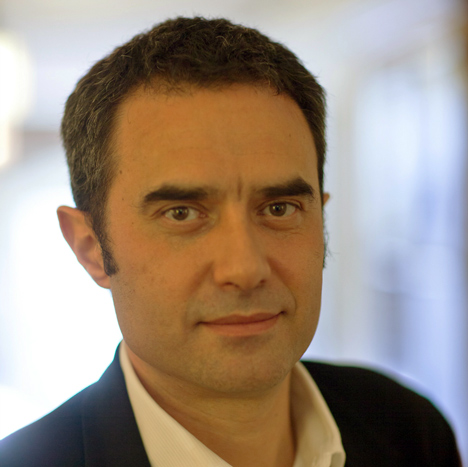 News: Spanish architect Alejandro Zaera-Polo has abruptly stepped down from his post as dean of Princeton’s School of Architecture to “devote greater attention to his research”, just two years after taking the post.

Alejandro Zaera-Polo, co-founder of London-based architecture firm AZPML, has resigned from his post at America’s Princeton University one month into the new academic year.

According to a statement issued by the school yesterday, Zaera-Polo will continue to teach at Princeton, but wanted to “devote greater attention to his research and other professional activities”.

The school’s former dean, professor Stanley T Allen, will serve as acting dean until a permanent successor is appointed and will also oversee the search for the new head.

“I hope that all members of the school community will assist us in making this transition to new leadership as smooth as possible,” said Princeton’s president Christopher L Eisgruber.

The school did not offer any further comment on the resignation. With a campus in New Jersey, the University is widely considered to be one of the leading academic institutions for architecture in the USA. Past teachers and visiting architects at the school have included Frank Lloyd Wright, Le Corbusier, R. Buckminster Fuller, Louis Kahn, Michael Graves, Peter Eisenman, Rem Koolhaas, Robert A. M. Stern, and Robert Venturi.

Zaera-Polo launched his current practice with former Foreign Office Architects colleague Maider Llaguno in 2011, after Llaguno split with FOA co-founder Farshid Moussavi. He was named dean at Princeton in 2012, having already been a visiting lecturer to the school for more than four years.

He had recently finished work on a research project examining the evolution of architectural facades – the results of which were featured in a room of Rem Koolhaas’ Elements exhibition at the Venice Architecture Biennale this summer. During press tours of the biennale, Koolhaas declined to talk about this particular portion of the exhibition.

Prior to taking the deanship at Princeton, Zaera-Polo had been dean of the Berlage Institute in Rotterdam and the inaugural Norman R Foster visiting professor at Yale School of Architecture.

Earlier this year Zaera-Polo quit one of his biggest jobs – the atrium for the £600 million revamp of Birmingham New Street Station in the UK – following a dispute over cladding materials with client Network Rail. His firm is still involved in the steel cladding for the external envelope of the structure.

“We hope to be able to stay till the end of the project, despite our complete disagreement with the management in respect to the atrium cladding,” he told the Birmingham Mail.