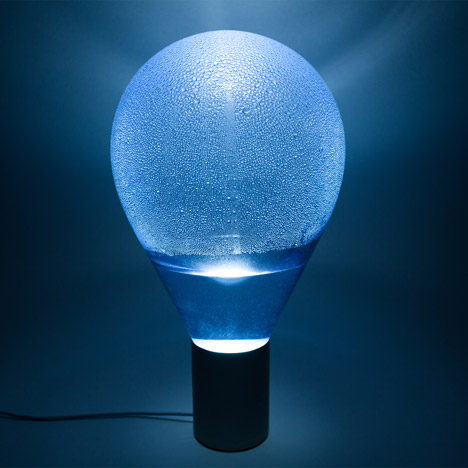 Interieur 2014: condensation droplets pattern the inside of the balloon-shaped shade of this lamp by French designer Arturo Erbsman, which has won an Interieur Award at the Belgian design event.

Arturo Erbsman’s Atmos lamp consists of an aluminium base that holds a light source and a blown-glass bubble that forms a diffuser on top.

A pool of water sits in the bottom of the glass balloon, just above the covered bulb. 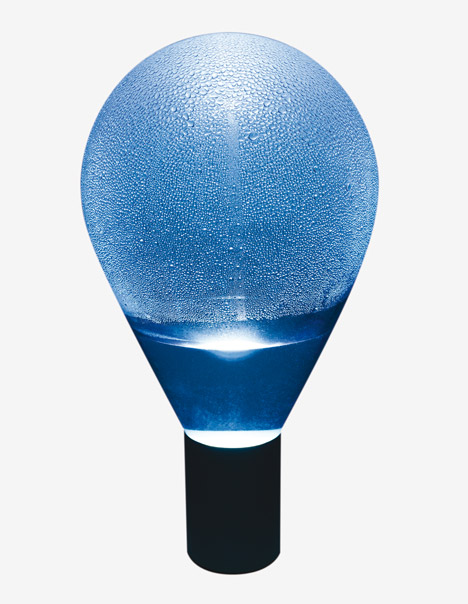 When illuminated, the heat from the light source causes the liquid to evaporate and then condense on the inside of the cooler glass.

The droplets coalesce and become heavier, eventually running down the sides of the shade and back into the pool. 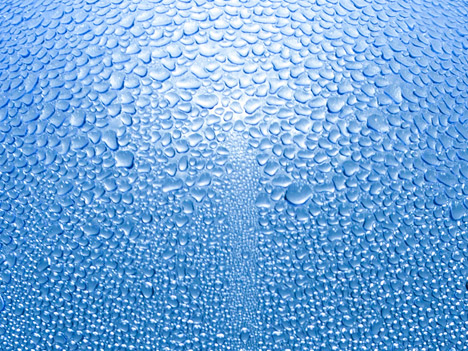 Water on the surface of the glass helps to diffuse the light emitted by the lamp.

The lamp was first presented at Salone Satellite in Milan earlier this year, when it was awarded second prize in the exhibition’s contest for emerging designers.

It is now on show alongside the other Interieur Award winners, including a desk that generates electricity, a lamp shaped like a spinning top and a dining table with cooking equipment at its centre.

Running Georg Jensen Is “like Being The Most Beautiful Girl At The Party” Says...