Norwegian studio Jarmund/Vigsnæs Architects has developed a modest wooden cabin at the end of a backyard in Oslo with an angular type that frames distinct views of its surroundings . 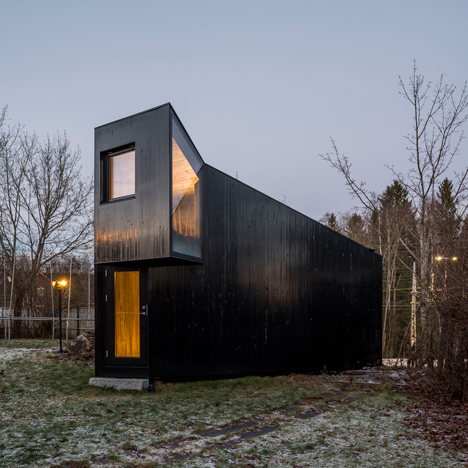 Situated in a residential suburb in the Norwegian capital, the 15-square-metre construction was made by Jarmund/Vigsnæs Architects to give its owners with a quiet retreat meant as an option to a countryside cottage. 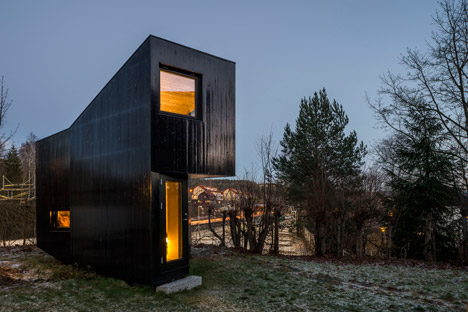 “The clientele desired a space that would allow them to isolate themselves to concentrate on their creating and perform, although at the identical time providing a generous see over the surroundings,” said a statement from the studio, which has previously made a wooden cabin for hikers on a Norwegian mountain and a property with a faceted upper storey for Alain de Botton’s Residing Architecture project in England. 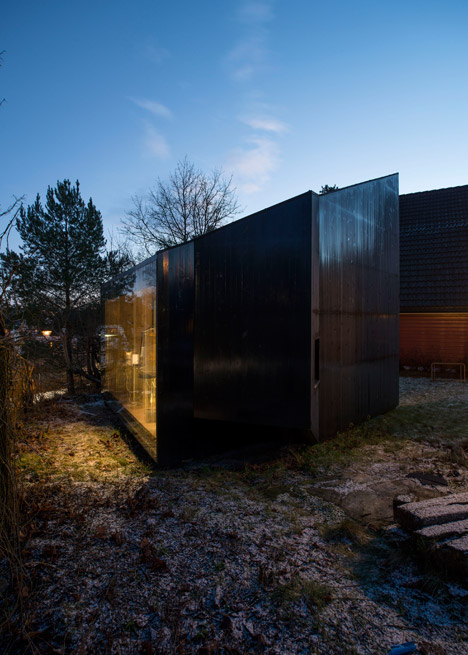 The cabin’s spot at the edge of a north-facing slope overlooking a railway station and surrounded by bushes informed a design and style aimed at maximising light and views inside. 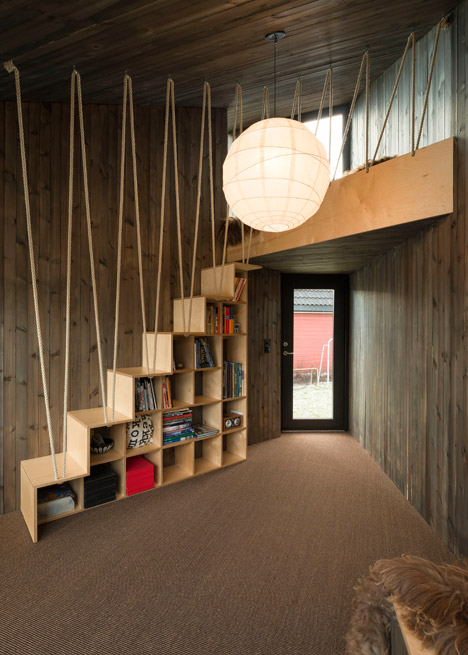 Glazing fills the entire north facade, offering a see through the adjacent trees and in excess of the edge of the slope that is intended to generate a sense of the cabin hovering above its surroundings.

The large window fills the cabin’s interior with organic light and a glass desk in front of it offers a perform surface that assures the light and views are not obstructed. 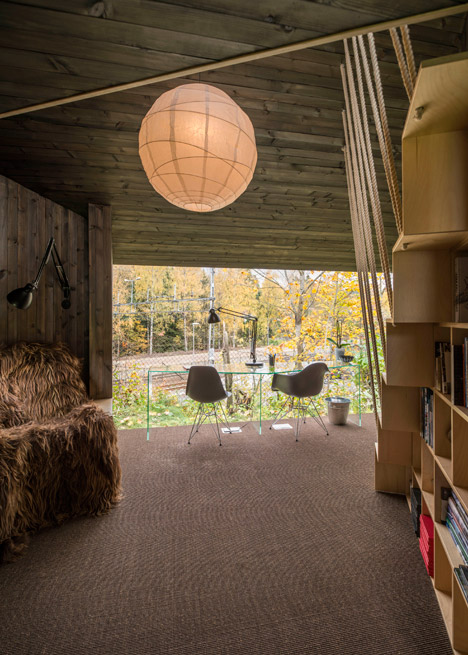 The structure’s south-facing elevation rises above a neighbour’s hedge and incorporates windows and a glass door. 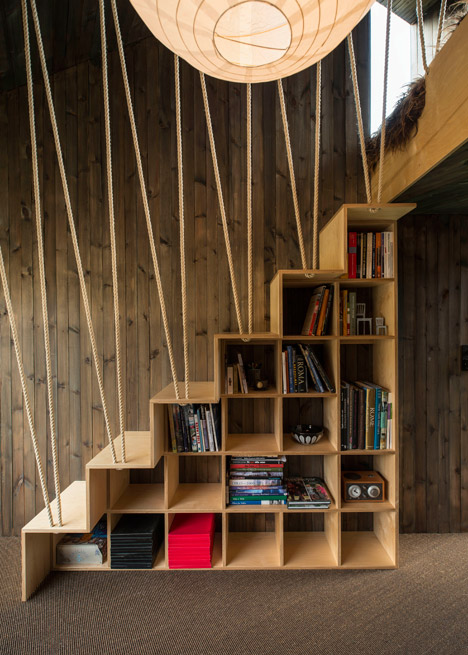 “The south elevation is narrow to avoid as well significantly sunlight that could disturb the workplace, and to provide privacy,” the architects additional. “The form of the building is a consequence of the shift from the wide and reduced north elevation to the tall and narrow south elevation.” 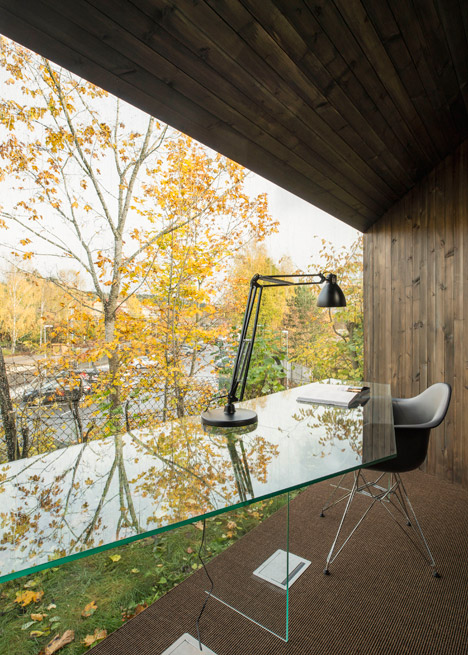 An overhanging area above the door that contains a seating area with a sheepskin mattress is flanked on one side by glass that is angled to guarantee the space is not ignored by neighbouring properties. 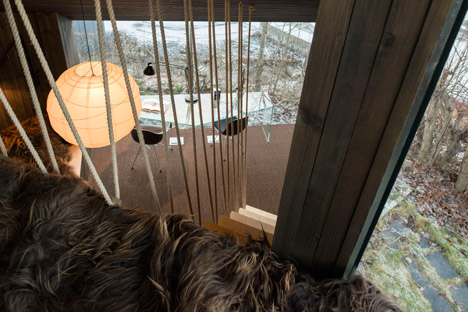 Another sheepskin-lined seating nook that protrudes from the side of the principal space has its own articulated lamp fixed to the wall. 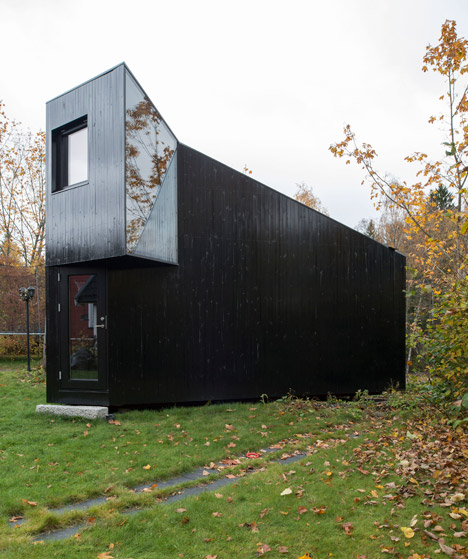 The interior is fully lined with wood that echoes the external cladding, whilst a brown carpet with a complementary tone adds a textured surface. 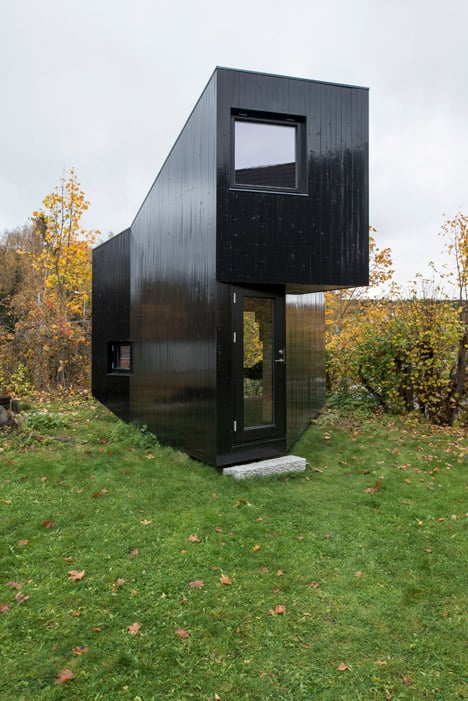 Plywood is employed to line the edge of the mezzanine and to construct a staircase with integrated storage that connects the two amounts. A single length of rope types a balustrade that is woven between the plywood surfaces and hooks connected to the ceiling. 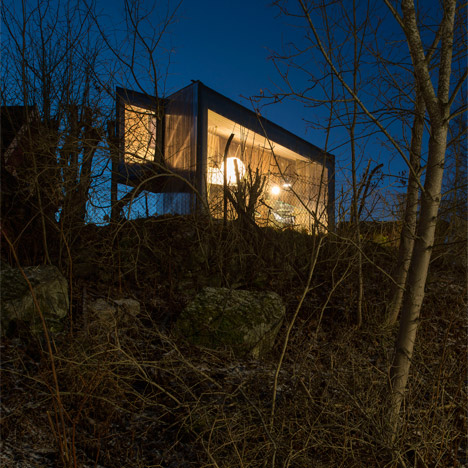 One more cabin in the backyard of a Norwegian home by architect Todd Saunders is shaped like a wedge with a hole in its centre, although a timber studio at the end of a backyard in London by nearby studio Weston, Surman &amp Deane functions slatted timber facades.

Photography is by Jonas Adolfsen.