Panels of rusty metal provide cladding and a colonnade for this Brisbane community centre by nearby architecture company Kirk, referencing the corroded automobile wrecks as soon as dumped on its site . 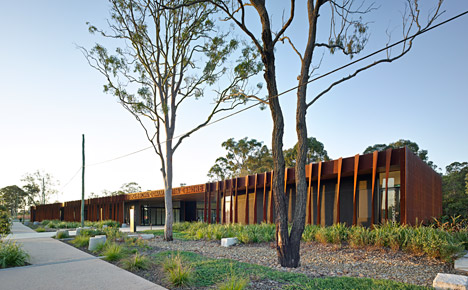 Kirk designed the developing as a cultural centre for the expanding Brisbane suburb of Fitzgibbon. It houses health providers, retailers and a community hall, on a site formerly utilised as a dump for autos and rubbish beside a stretch of bush parkland. 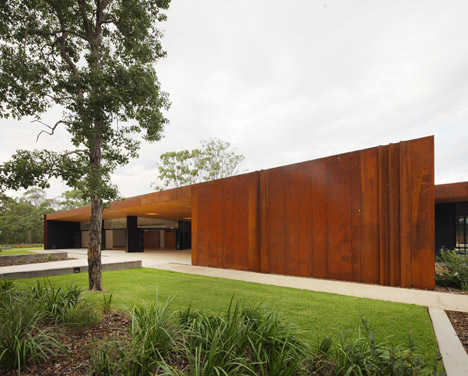 The rusty metal wreckage prompted the architects to pick pieces of weathered steel for the outer construction of the creating. They felt the material would give an anchor to the site’s past and, as it continues to weather, support the constructing to blend with its place. 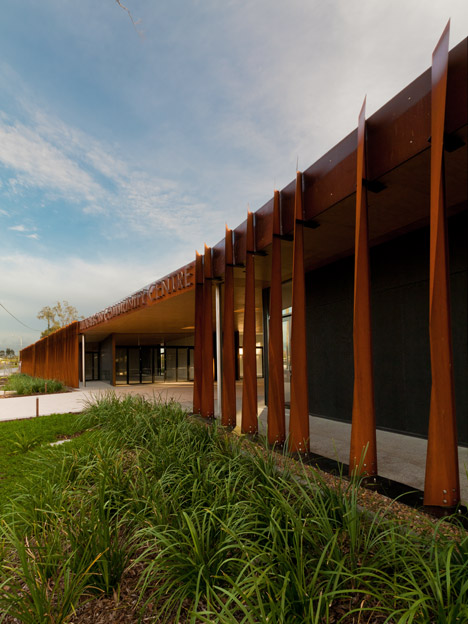 A row of tapered fins form a colonnade in front of the local community centre supplying shade for the glazed rooms inside, while the sides are clad in solid panels of the rusted metal. 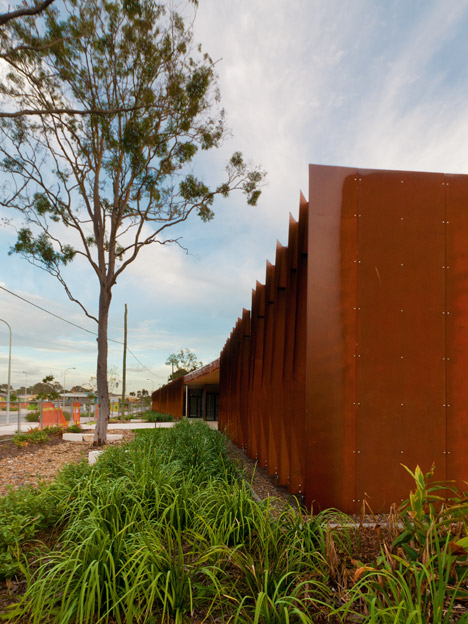 “The Fitzgibbon Local community Centre is a response to the typical suburban landscape in which it is located,” explained the architects.

“The building is fringed by sculptural blades of weathering steel, a material that responds to the corroded automobile bodies once discovered on-web site. These blades kind a rippled display to the street which reveals glimpses by means of the constructing when approached by motor vehicle.” 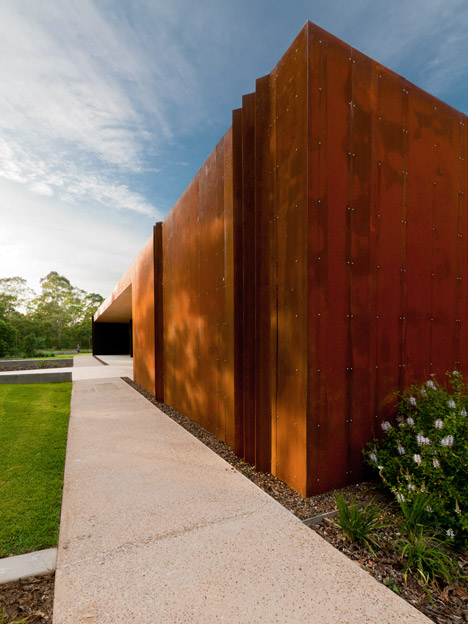 The line of the facade dips in towards the centre, accommodating existing trees and marking the entrance to a covered passage through the heart of the constructing. The architects see the room as a gateway between the community and the parkland to the north. 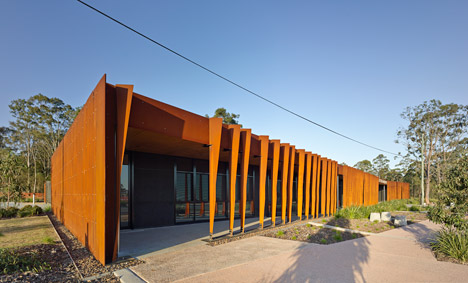 “This gateway acts as a starting and finishing level for the trails, with crucial amenities and a retail outlet,” explained the crew. “The centre helps make provocative use of supplies, which highlight it as a landmark in the neighborhood.” 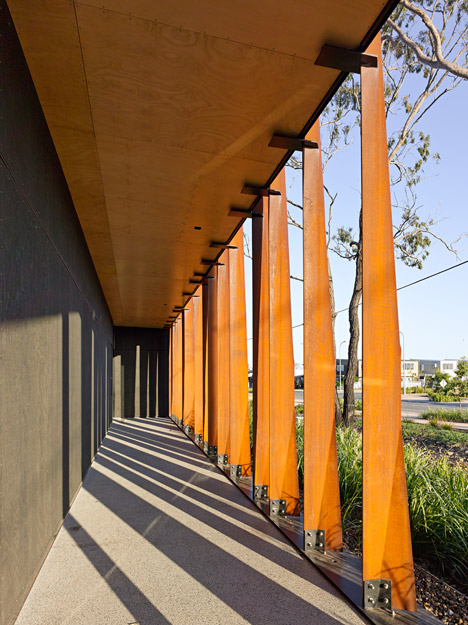 Glass and plywood rooms are set on both side of the passageway beneath the shelter of the oxidised metal structure. The huge windows give views onto the maintained gardens that stretch out from the base of the centre and into the streets that run towards the neighbourhood or park. 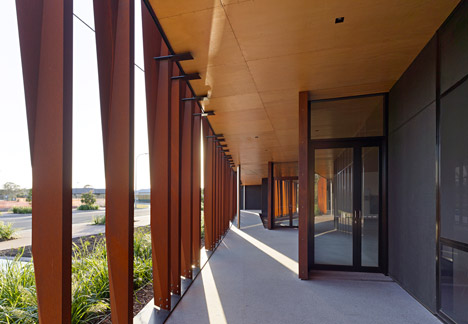 The Brisbane practice formerly known as Richard Kirk Architect was set up by Richard Kirk in 1995 and has previously worked with Australian company Hassel on a terracotta-clad constructing for the engineering division of the University of Queensland.