A timber framework echoing the shape of an old lock-keeper’s cottage has been installed on both sides of a canal in London’s Olympic Park to host a two-month programme of events . 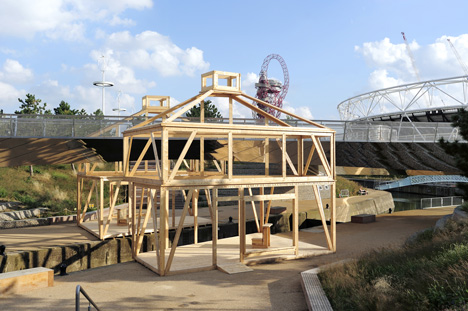 Newton’s Cottage was designed by Dutch art collective Observatorium for a site at the Carpenters Road Lock on the River Lea and is based on the shape of a lock keeper’s cottage originally constructed there in the 1930s.

Named after C Newton, the last lock keeper to manage this section of waterway, the structure straddles a mirrored bridge that was designed by Irish firm Heneghan Peng Architects and installed ahead of the Olympics. 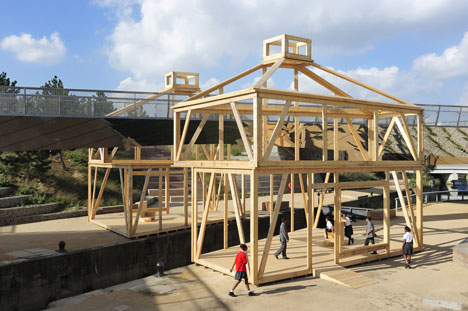 The temporary pavilion was commissioned as part of a series of artistic commissions organised by the London Legacy Development Corporation to continue the legacy of the 2012 Olympic Games.

Observatorium’s choice of wood was influenced by the area’s heritage as a timber yard. As part of a commitment to supporting crafts in the area, the project team engaged trainees from the local Building Crafts College in Stratford to help with the construction. 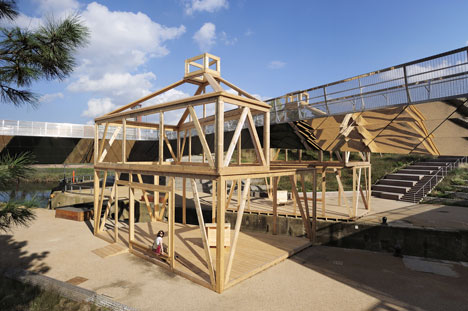 “To reflect on the history of the site, to celebrate the crafts, and to use a material that you can touch and smell was important to us,” Ruud Reutelingsperger of Observatorium told Dezeen.

By dividing the structure into two parts positioned on either side of the lock, the artists intended to evoke the idea of the past and present being separate and yet connected, as well as emphasising the physical division of the site created by the canal and bridge. 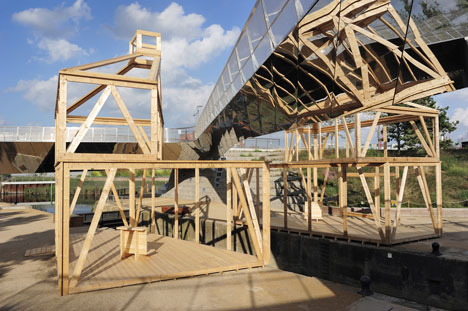 “The park is part of a large urban development where there seems to be no room for the past,” said Reutelingsperger. 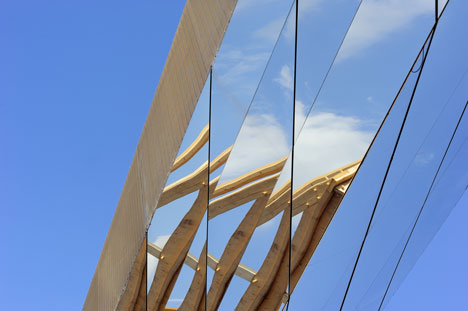 A poem by Observatorium’s Andre Dekker describing the operation of the lock and the locations that the water from the River Lea passes through on its way to the site is carved into beams surrounding the top of the ground floor. 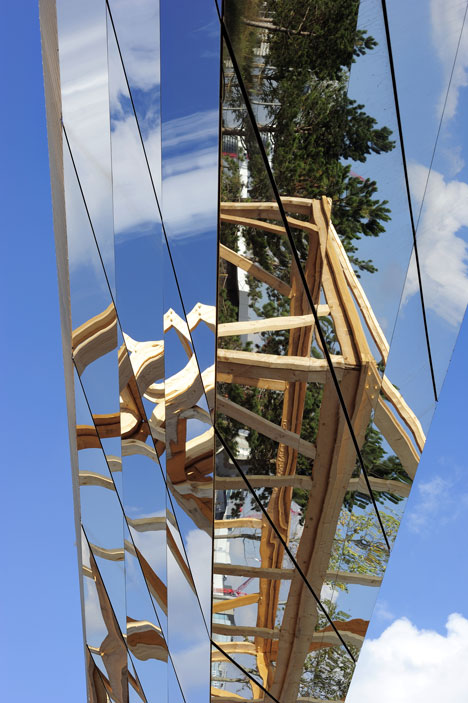 The structure is being used to host events and activities, curated by design consultant and writer Moira Lascelles, aimed at educating people about the history of the canal and its potential future, once plans to fully restore the lock are completed in the coming years. 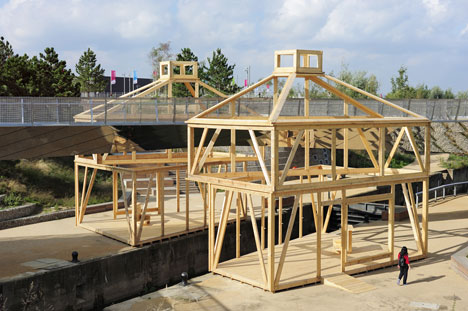 The installation will continue to be used to stage talks, walks, dance performances and storytelling events until 29 November 2014.

It is supported by the Canal & River Trust, which aims to promote awareness of waterways in England and Wales through artistic collaborations.

Photography is by Thierry Bal.