This giant cube that appears to have landed on its side in the mountains is a proposal by Czech studio Atelier 8000 for a facilities building in Slovakia’s High Tatras peaks . 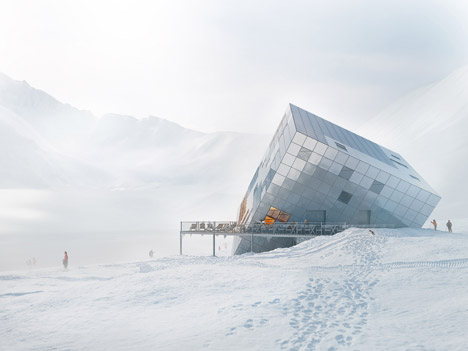 With the “succinct shape of a simple cube” that appears to have been dropped at random onto the snowy landscape, Atelier 8000’s design would create dining and accommodation for people trekking across Slovakia’s highest mountain range.

“Due to its position within the landscape the cuboid evokes an erratic block left behind by the retreating glacier,” said the design team. 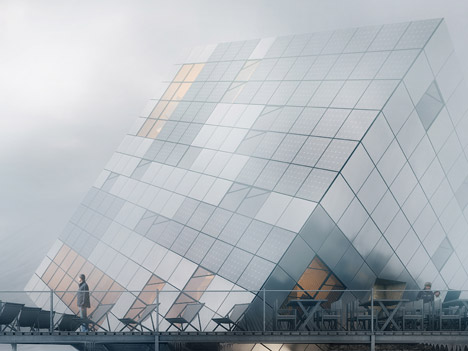 “In the context of mountain peaks the sharp edges of the building merge into the outline of the neighbouring rocks when viewed from distance and thus naturally join the landscape of the site.” 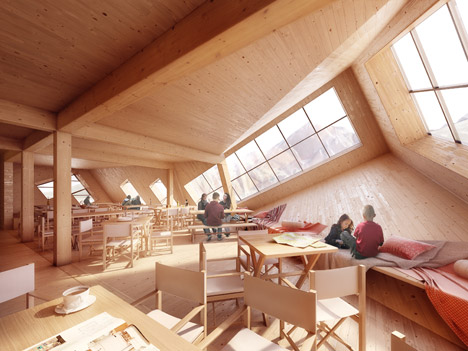 According to the designers, the orientation of the structure would allow three sides of it to be visible from any given point around its perimeter. 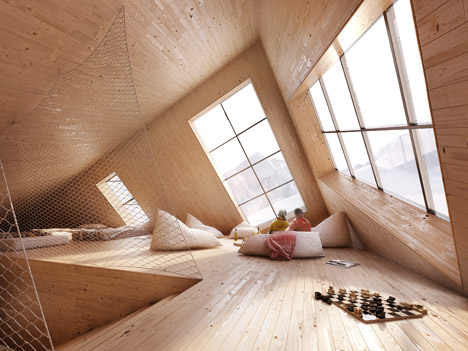 Each of these surfaces would present a square grid, made up of photovoltaics, windows and aluminium panels, in an arrangement designed to generate as much solar energy as possible and minimise the building’s carbon footprint. 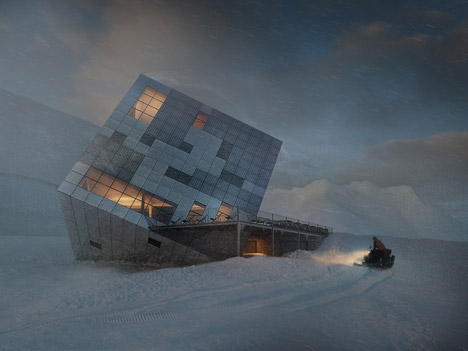 “The glass surfaces of windows and photovoltaic panels along with the light transparency of the metal plating complete the whole picture of the site with a touch of glimmer – just like the glints and reflections which can be observed on the surface of a mountain lake or on thawing ice,” said the designers. 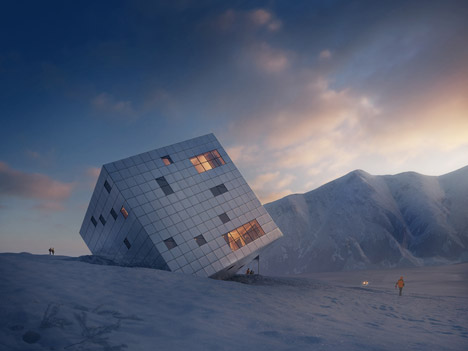 Atelier 8000 developed the proposal for the Kežmarská Hut architectural competition, which asked applicants to design a building offering accommodation, a restaurant, a medical facility, skiing storage and a garage for a snowmobile.

The competition was won by Architektonická Sútaž, so Atelier 8000’s concept is now unlikely to make it off the drawing board.