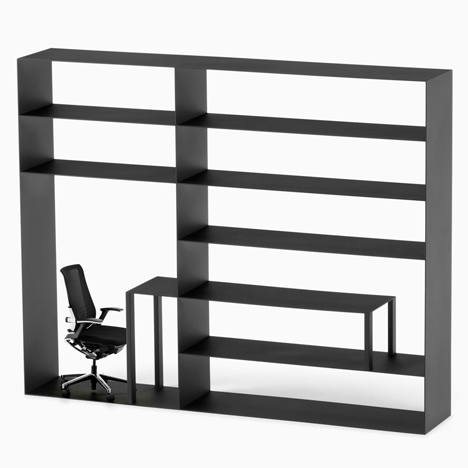 Nendo designed the set of matte black iron furniture by taking the basic elements used in the workplace and merging them into new configurations. 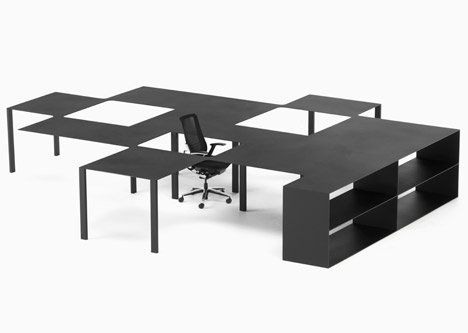 “We broke the office down into its smallest components – desks, chairs and shelving – then put it back together again, creating new relationships between the component items to explore the possibilities of future office space,” said the studio. 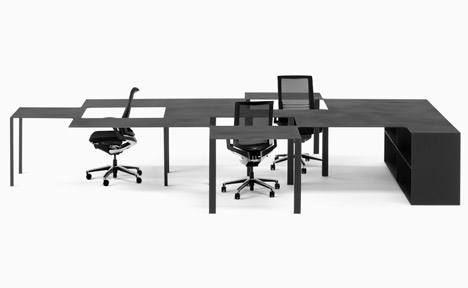 Examples include a desk with multiple perpendicular edges and rectangular holes in the middle, so many users can work on the same surface. 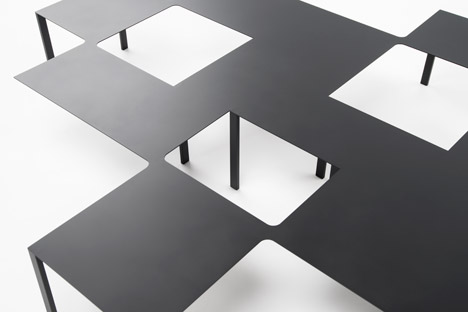 A large thin storage unit is divided into two sections by a central partition. A small work surface is integrated as an continuation of a shelf on one side, while more horizontal elements pass over the sitter’s head. 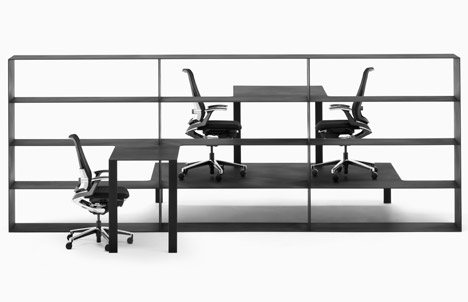 As in all the pieces, the desk area is denoted by thin vertical supports. 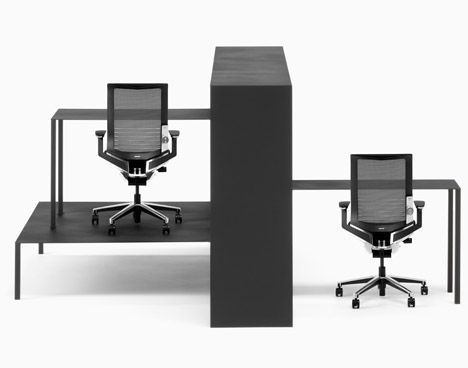 In a smaller shelving stack, the planes extend out to form a podium and a desk in tiers. The users place their chairs on the raised platform and work off the floor. 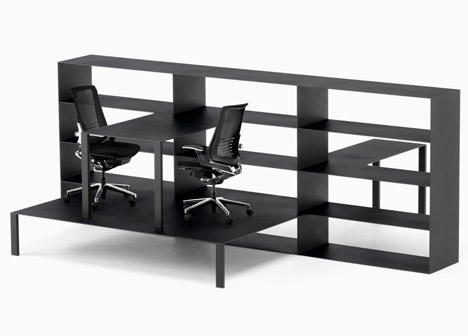 A set of steps extruded from another tall shelving stack allow access to the higher spaces and also create a contained work environment beneath the treads. 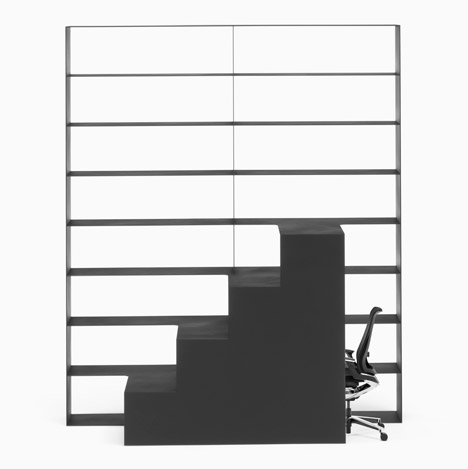 Finally, a waiting area is created by fixing a series of office chairs within a low flat shelf that again extends at a right angle from a storage unit.

Dezeen Book of Interviews: Nendo founder Oki Sato features in our new book, which is on sale now 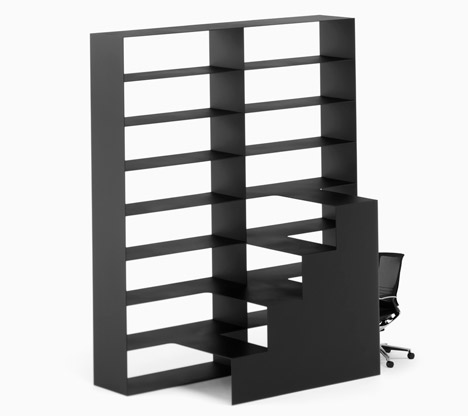 The studio created the series of objects for office furniture brand Kokuyo, for which it previously designed units that can be screwed together with a coin rather than tools. 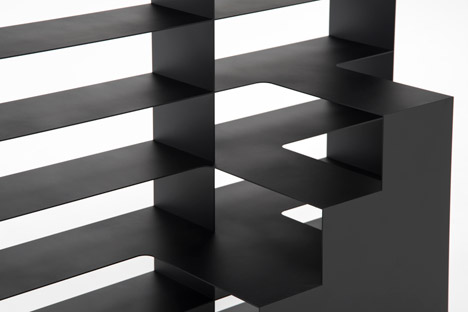 “While our demands on office space become only more and more diverse, office furniture has not changed along with these demands and remains oddly standardised,” said Nendo. 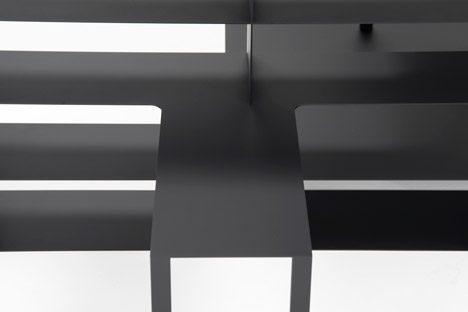 “In contrast, our installation tried to capture the spirit of Kokuyo Furniture by returning to the fundamental principles of the office and asking what, ultimately, an office is.” 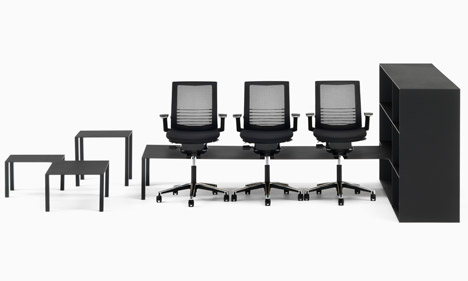 The brand’s Inspine chair is used in the photography and will feature along with the furniture for an installation titled “shelf + desk + chair = office”, which will be displayed in Hall 7 of the Orgatec trade event in Cologne from 21 to 25 October. 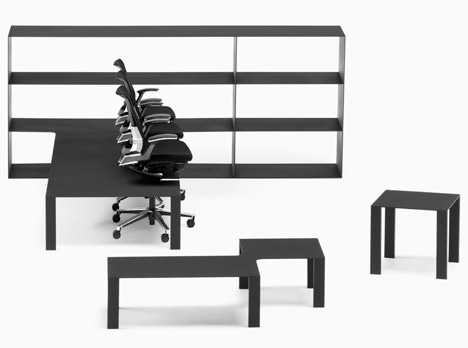 Photography is by Hiroshi Iwasaki.