The Dot pendant comprises two major aspects: a small, suspended disc below a big circular reflector. The reduced disc includes an array of LEDs behind an optimised lens, which focuses light onto the reflector over to generate an even illumination. A customized-designed heat pipe carries electrical power to the LEDs and draws warmth away to the reflector over, which acts as a heat sink.

“The thought was to produce a pendant light that is visually basic and discreet, nevertheless technically sophisticated,” Foster + Partners’ Mike Holland told Dezeen. “The graphic approach was related to the Flo light, which our industrial layout staff developed for Lumina in 2011 – like the pendant, this has a pared back, streamlined form with no extraneous controls or cables.” 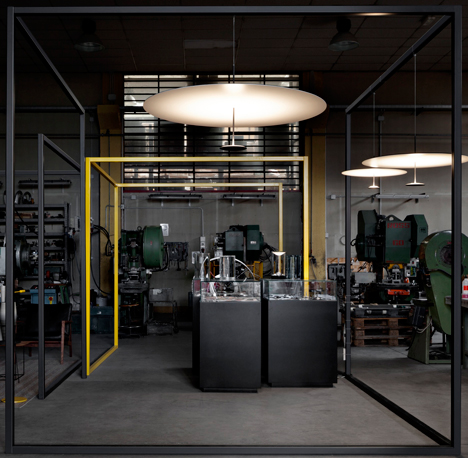 The light, which is the 1st piece in a planned assortment to be launched all through 2015, has been made to perform in a variety of settings from the house to the workplace. It will be obtainable in three diameters: 600, 800 and one,200 millimetres.

“Just as architects are concerned with every single stage of the approach, from the initial concepts to seeing a constructing by means of to completion on web site, so too are industrial designers,” explained Holland. “We function all through the cycle of design and style, making models and prototypes, visiting the workshops in which our items are created, looking at how they are utilised to see if we can build a concept further.”

“We never just consider how a item will look, we analyse how it will be specified, manufactured, transported, put in and managed,” he extra. “All our operate is driven and developed by producing, regardless of whether in our workshops or 3D-printing studio.”

Mike Holland is a spouse and the head of industrial style at the architecture company, which was named the world’s “most admired architect” for the ninth consecutive year in January. 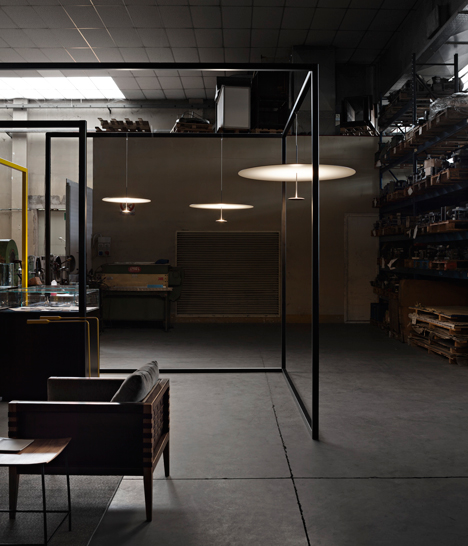 “As Foster + Partners is a completely integrated practice, our staff operates closely with interior designers, architects, engineers, materials researchers and several other expert disciplines,” he informed Dezeen. “This gives us a excellent deal of versatility and entry to an unrivalled depth of sources – for example, we can collaborate with our workplace consultancy, who target on analysing and understanding the potential of the office.”

The department comprises 14 industrial designers who are presently doing work on thirty tasks. “Correct now we are doing work on a broad range of products, from workplace systems, transport and building items, to furniture and lighting,” he explained.

Holland joined Foster + Partners in 1995. His function has incorporated the layout of airport seating for Vitra, furnishings for Molteni and lighting for Louis Poulsen.

The Dot pendant was presented as component of the Euroluce lighting segment at this year’s Salone del Mobile in Milan.