A massive roof overhangs the walls of this basic wooden house on Japan’s Kanto Plain, giving residents shade for the duration of hot climate and shelter from rain showers . 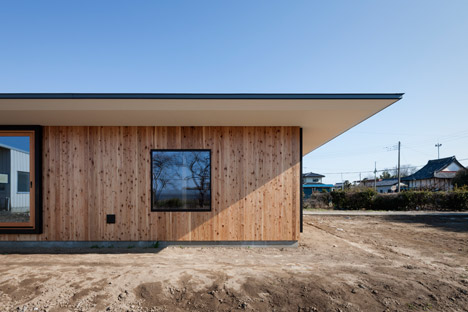 Architect Nobuo Araki and his Tokyo-primarily based studio The Archetype created the modest a single-storey residence for a couple and their daughter.

Its location on Japan’s largest location of flat land meant that the weather played an crucial component in the style. 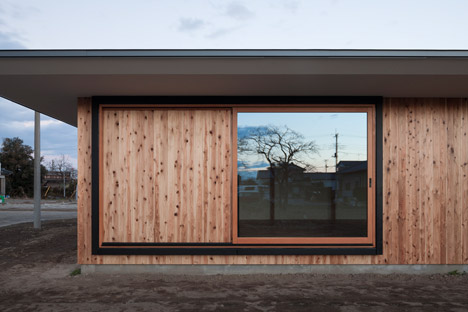 “This flat property stands in the middle of the northern Kanto Plain – an location that will get sizzling in the summer time, and windy and cold in the winter,” said the architect, whose past projects contain a fashion store in a repurposed swimming pool.

“Even though the site is inside commuting distance from the Tokyo metropolitan region, nature stays a strong presence.” 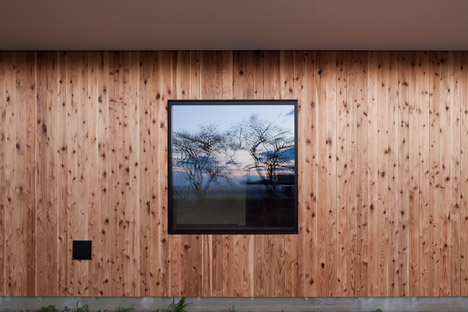 Named House in Fukaya, the new property attributes a roof that extends beyond all 4 walls by just over a metre and a half.

These overhanging eaves give the loved ones lots of sheltered outdoor room, but also shade the building from the harsh midday sun. 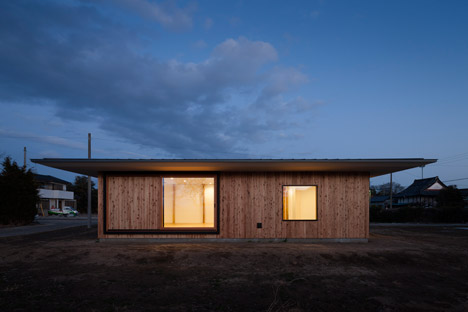 “On our very first visit to the web site we were greeted by a sudden late afternoon shower and had to rush to shelter below the eaves of the property that previously stood there,” Araki explained.

“As a outcome of our check out, we started to feel of a welcoming architectural type that would co-exist with the surrounding natural atmosphere and gently embrace the lives of the family members.” 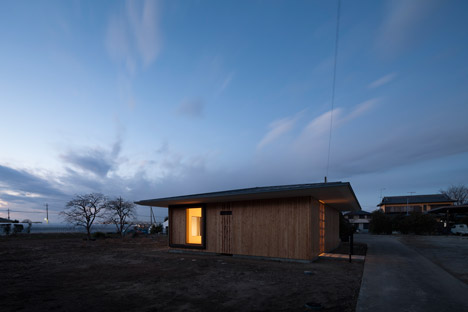 A gentle slope makes it possible for rainwater to drain off the roof, but the incline is not visible. When standing in front of the house, it appears flat and incredibly thin.

A similar strategy was previously utilised by Suppose Design and style Office for a rural house close to Hiroshima and Naka Studio for an asymmetric home in a skiing village. 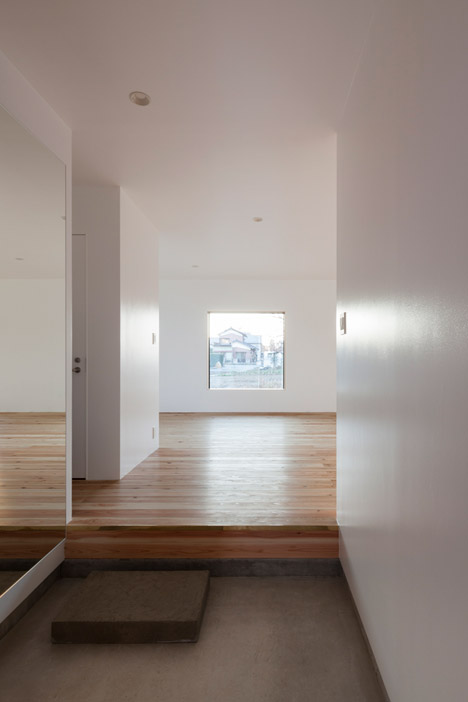 “Like a huge tree under which the loved ones members can rest, the property embraces its inhabitants and gives a relaxed and cozy existence near to nature,” said Araki.

“The massive roof allows the property to be expanded in any direction as the loved ones grows or their lifestyle changes.” 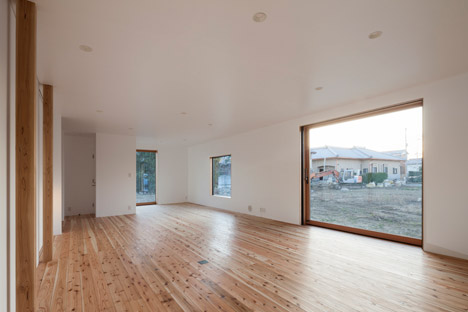 The walls of the property are clad with timber, and punctured by massive square openings that kind both doors and windows. 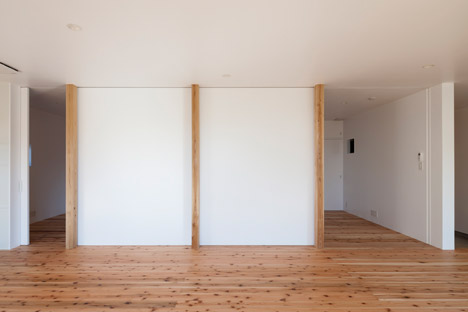 Inside, the layout was stored as basic as attainable to help make the 90-square-metre room really feel as generous as feasible. 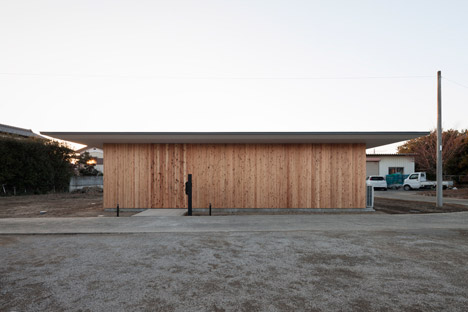 Bathroom and washroom areas are clustered collectively to the left of the entrance.

A single bedroom is located on the opposite side – a large space that could be divided into two as the couple’s daughter will get older. 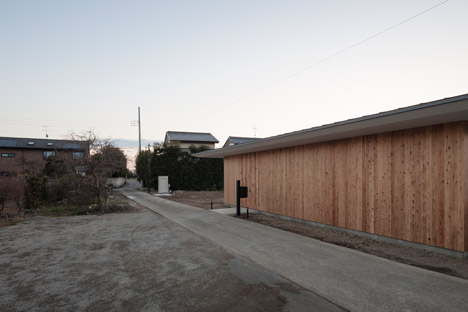 The rest of the interior is open-plan, with a lounge in the middle, a dining space on one side, and a kitchen spot along the wall.

Photography is by Shimizu Ken.