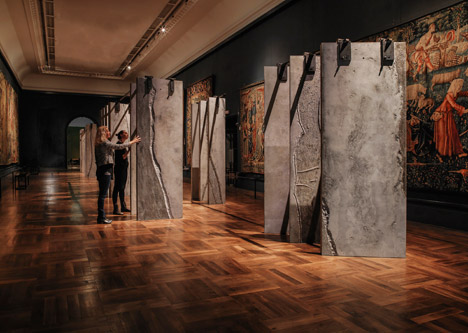 The undertaking takes its name from the Irish Ogham alphabet, employed on monuments and manuscripts from 4th to the 9th century AD. Its symbols are created up of perpendicular and crossing angled lines, which informed the layout of Grafton’s set up.

“In the script, every letter refers to a native Irish tree,” explained Grafton director Yvonne Farrell. “What we wanted to do was get the script and translate it into something that had architectural presence.”

Textures and shapes cast into the surfaces with metal powder are based on pictures of these different species of tree, which includes silver fir, birch, elder and holly. 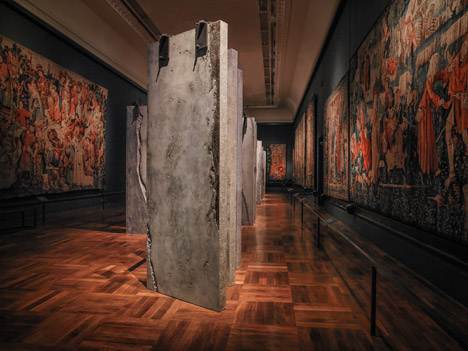 Grafton has previously used concrete as the dominant materials for the Universita Luigi Bocconi in Milan, which was named Planet Building of the Year in 2008.

The blocks in The Ogham Wall every single measure two.seven metres tall but have varying widths. They are organized in two lines – some are clustered together in pairs or modest groups, whilst other people stand alone.

The tops are held in area by metal bracing elements to quit them from toppling above and generating “a domino result”. 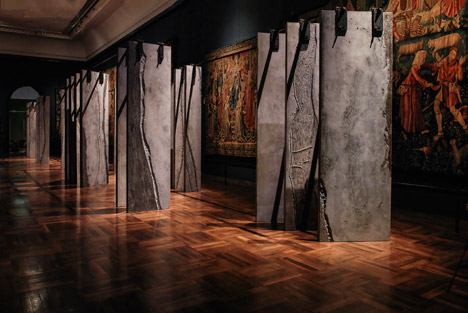 Groupings had been designed to frame views of the tapestries that hang from the walls of the gallery, which Farrell described as “the televisions of the 15th century”.

Even though they appear to be produced of solid concrete, the pillars are hollow and filled with foam. The heaviest weighs 400 kilograms, although the lightest come in at 250 kilograms.

Guests are encouraged to stroll between them and touch the materials to heighten their encounter of the area. 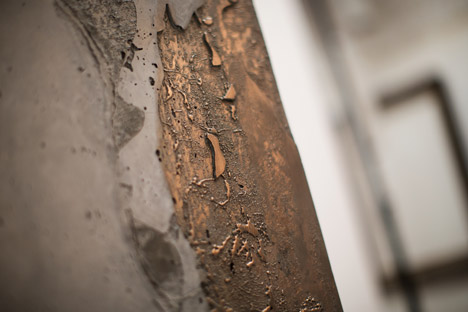 Textures and shapes are cast into the surfaces of the columns with metal powder. Photograph by Peter Rowen

“Touch is an undervalued bodily reality and we want to encourage the haptic sense,” mentioned Farrell. “Every piece has a persona and you may hide from somebody in between them, and your voice changes when among them. It really is like a miniature exercise in architecture.”

The Ogham Wall forms part of the Irish Design 2015 programme of worldwide occasions, which also incorporated an exhibition of work by the country’s designers throughout Milan design week in April. 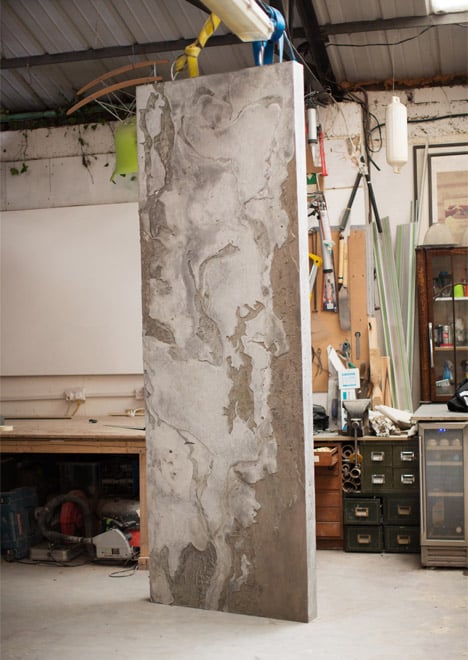 The blocks in The Ogham Wall each and every measure two.7 metres tall but have various widths. Photograph by Peter Rowen

It was set up for this year’s London Design Festival, which requires spot from 19 to 27 September 2015. As a hub for the event, the V&ampA is also internet hosting a giant crystal zoetrope, a tower of tiny ceramic shops and a series of mirrored platforms in diverse areas about the creating.