In the 10th and final instalment from our exclusive MVRDV movie series, architect Winy Maas explains how the firm’s massive arch-shaped marketplace hall in Rotterdam has grow to be a place for meeting and celebration (+ film). 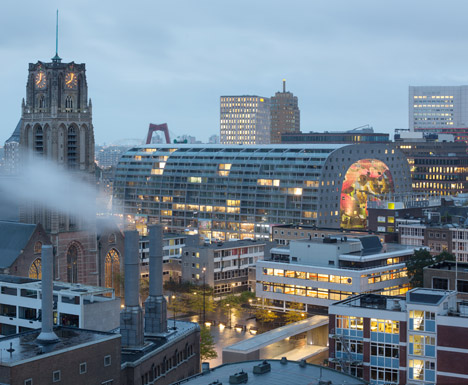 Completed practically a year in the past, the Markthal is one particular the Dutch firm’s most critical projects to date. It comprises a 40-metre-large arch with apartments all around the outside and a grand covered marketplace in the centre. 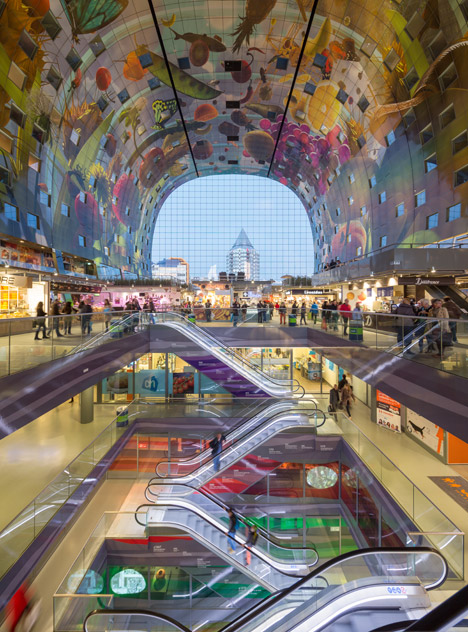 In the film, Maas describes the constructing as a monument for the city. “I think the subject and the style, by some means that combination leads to a place that folks commence to adore,” he says.

“It really is not an icon as such but it is specifically that emotion that this thing can deliver.” 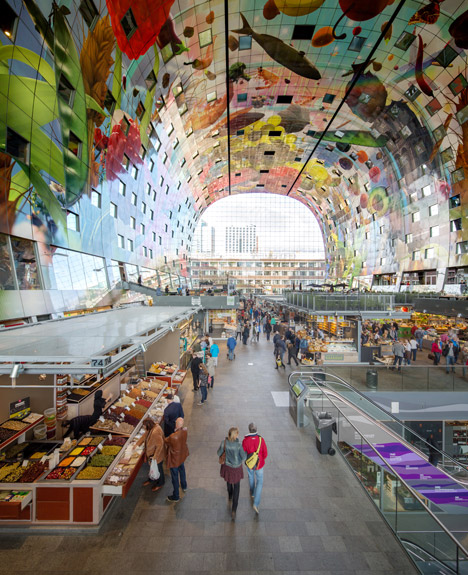 A complete of 228 apartments are contained with the chunky arch that frames the developing.

The hall itself – modelled on meals markets in Stockholm, Barcelona and Valencia – attributes glazed walls at the two ends. Its inner walls are covered with a colourful 1-hectare mural by artists Arno Coenen and Iris Roskam. 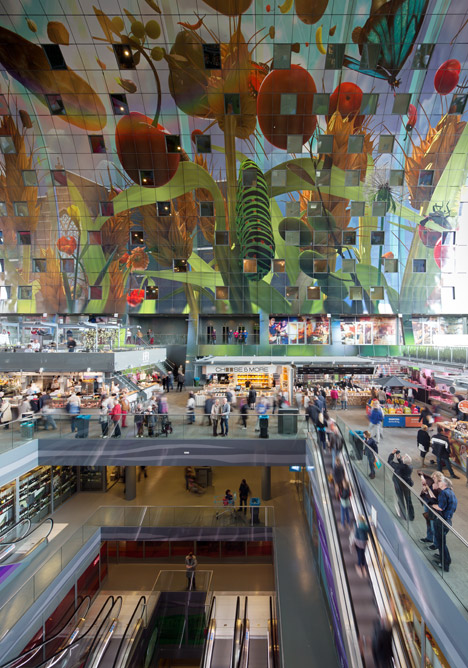 “It monumentalises foods,” says Maas. “It monumentalises the very first moment in the Netherlands that there is a covered marketplace and it puts consideration to it. It should be a room where we can celebrate and the place we can meet each other. We attempted to make it as massive as achievable.” 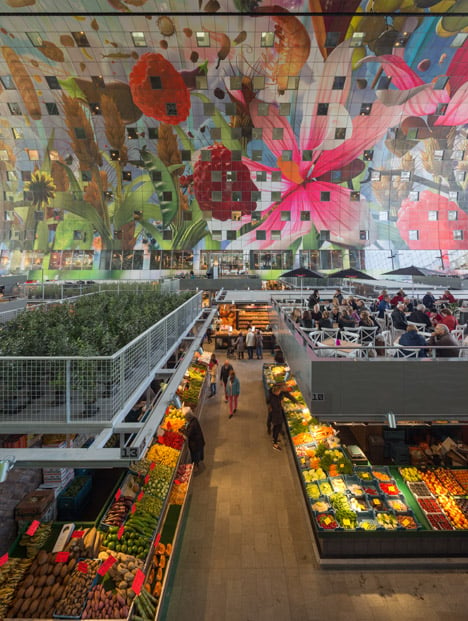 Square windows puncture curved inner walls, permitting residents to seem down onto the market place, although balconies run along the sides of the constructing, with views both in the direction of the historic Laurens Church or the River Maas.

“It constantly seems to us like a type of aquarium,” says a single resident in the movie, although yet another describes the constructing as getting wonderful for the city. 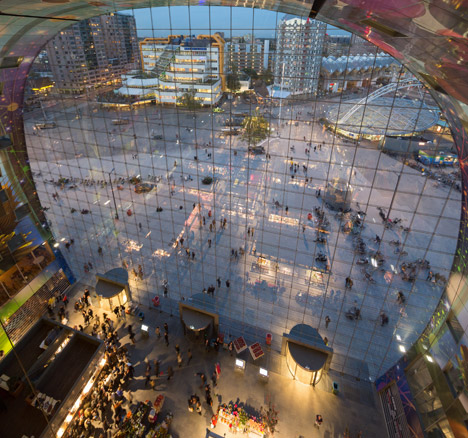 As effectively as the market stalls, there is also a series of shops selling foods-associated produce, plus an underground supermarket. 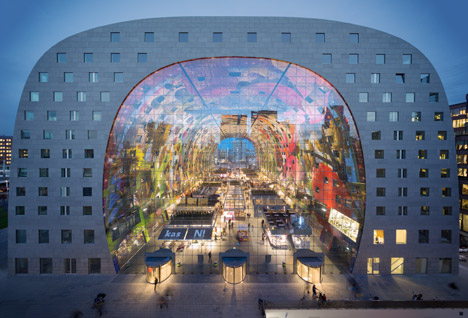 “As an individual doing work right here every single day, you’d believe I’d get utilised to it but I have not,” says one of the staff members. “You sense that this area is alive. The building doesn’t just stand right here just to be quite, there’s usually one thing taking place.”

“At times on Saturdays and Sundays, it looks as if Rotterdam has its own theme park in right here!” 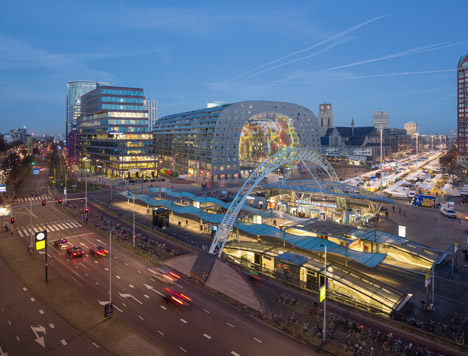 This film is the 10th in a series profiling the firm’s perform, which also contains a Stuttgart property with a staggered form and a polychromatic apartment developing on Amsterdam harbour.

Photography is by Ossip van Duivenbode.