Shanghai-based mostly Lukstudio has reinterpreted a classic Chinese food drying rack with a metal grid framework and hanging wires for a noodle bar in Changsha . 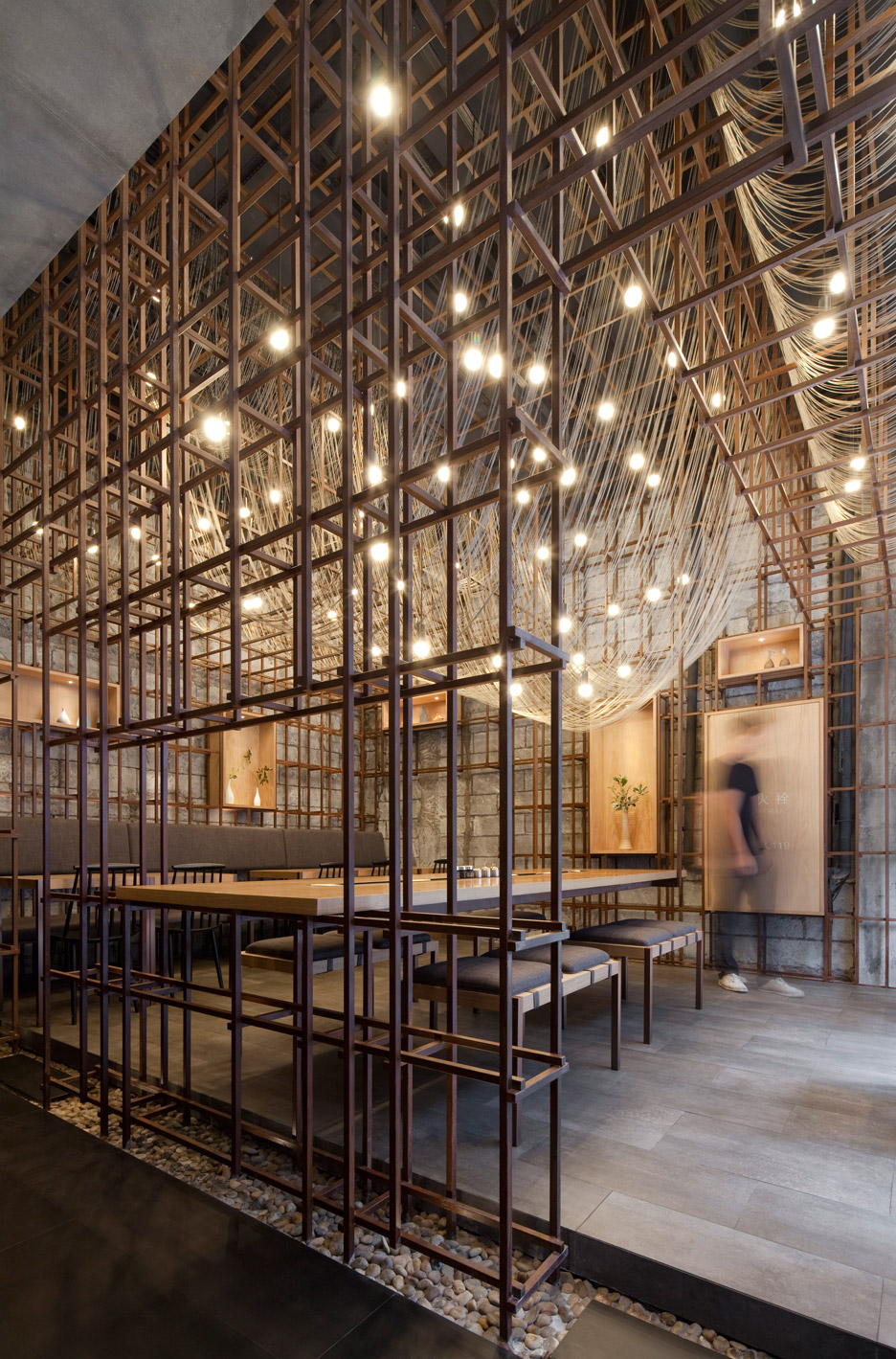 The Noodle Rack is situated on an outdoor buying promenade close to the Xiangjiang River in the capital city of Hunan Province. 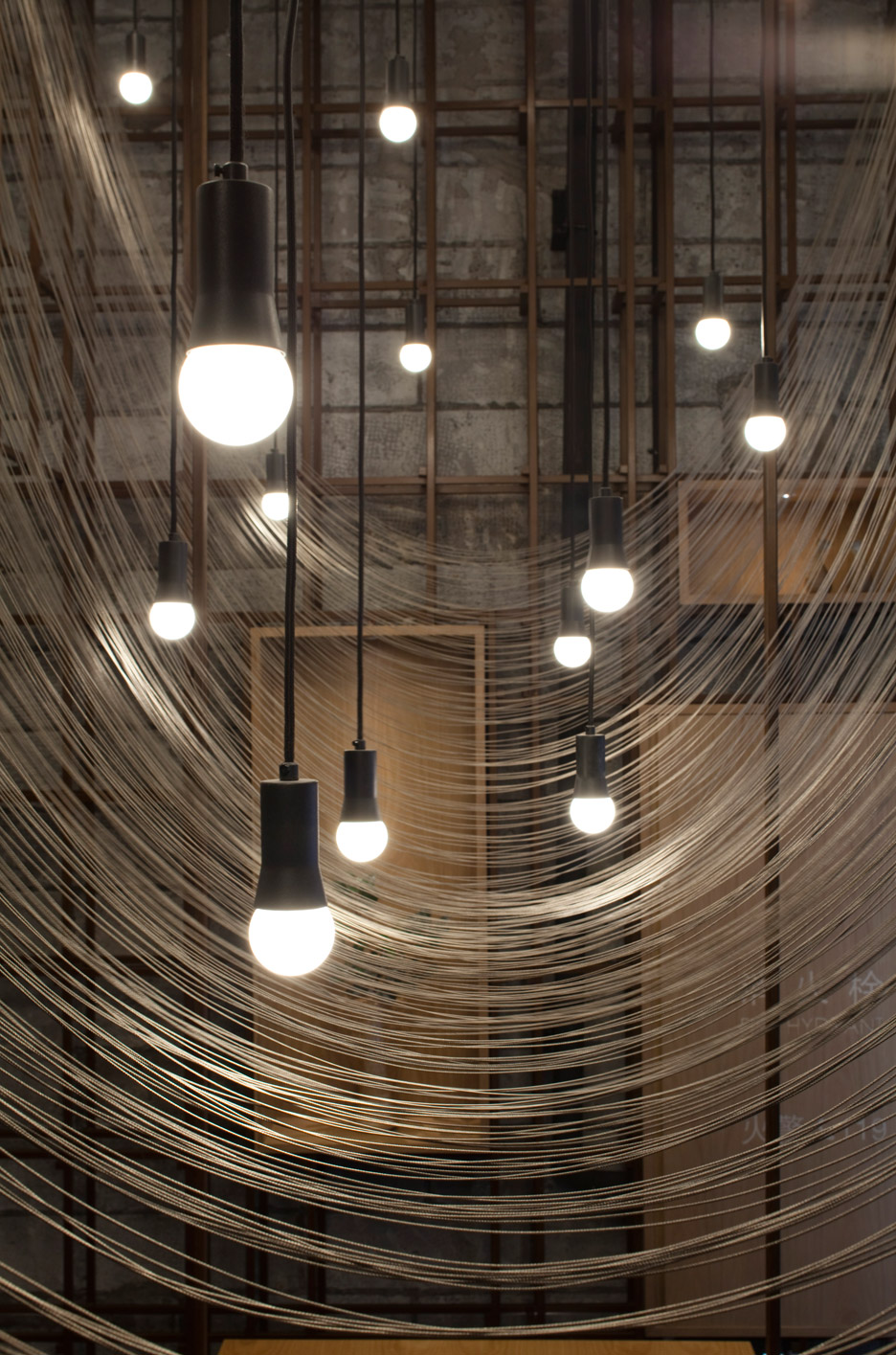 Lukstudio’s intention was to create “journey of discovery” in the 50-square-metre space as a response to consumer LongXiaoBao’s brief to “change people’s expectations of a noodle joint.” 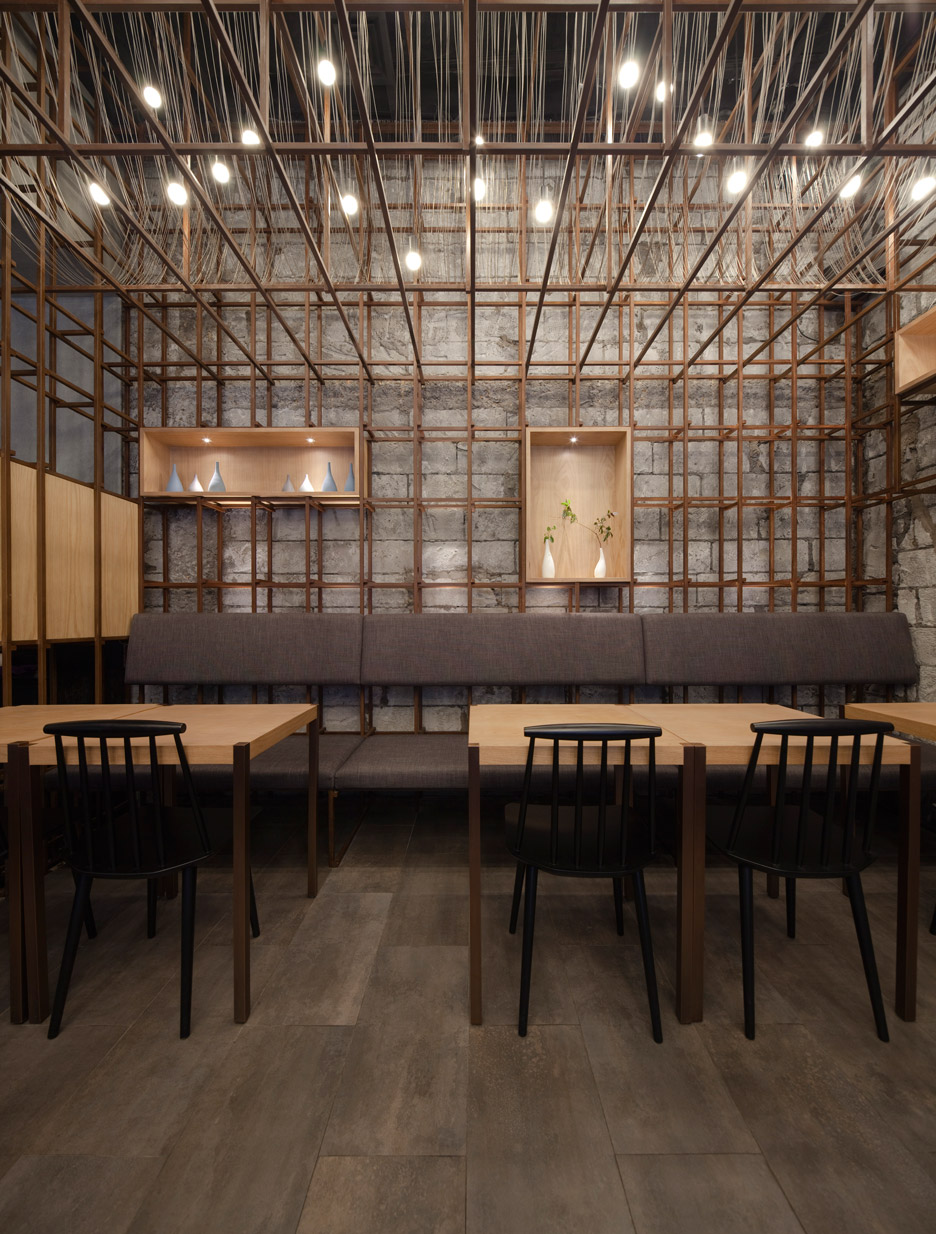 “We aimed to generate a subdued storefront with a hidden shock in the interiors,” studio founder Christina Luk informed Dezeen. 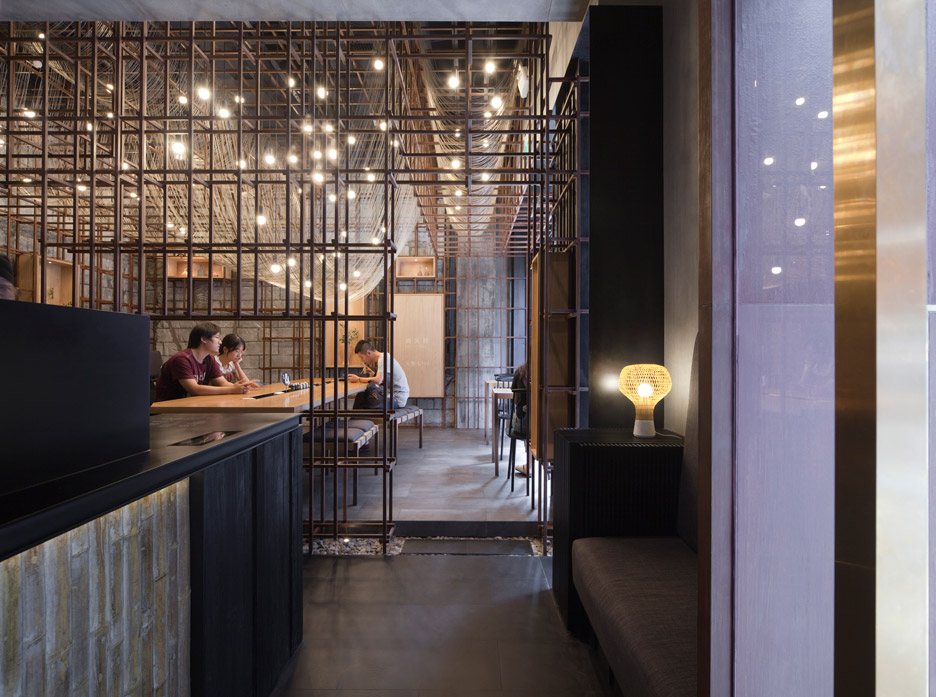 A series of reflective metal wires are suspended from the high ceiling of the dining location. In in between these loops, lighting hangs at varying levels – to develop the feeling of dining underneath a noodle rack. 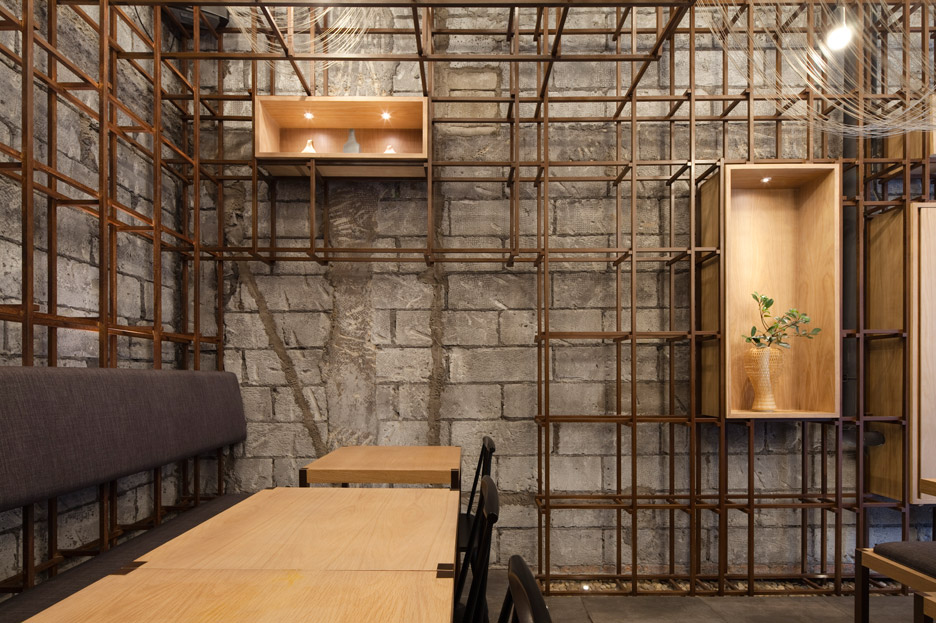 The original walls are stripped down to the structural blocks and a rack-like metal grid structure sits in front, acting as a see-via box enclosing the dining spot. 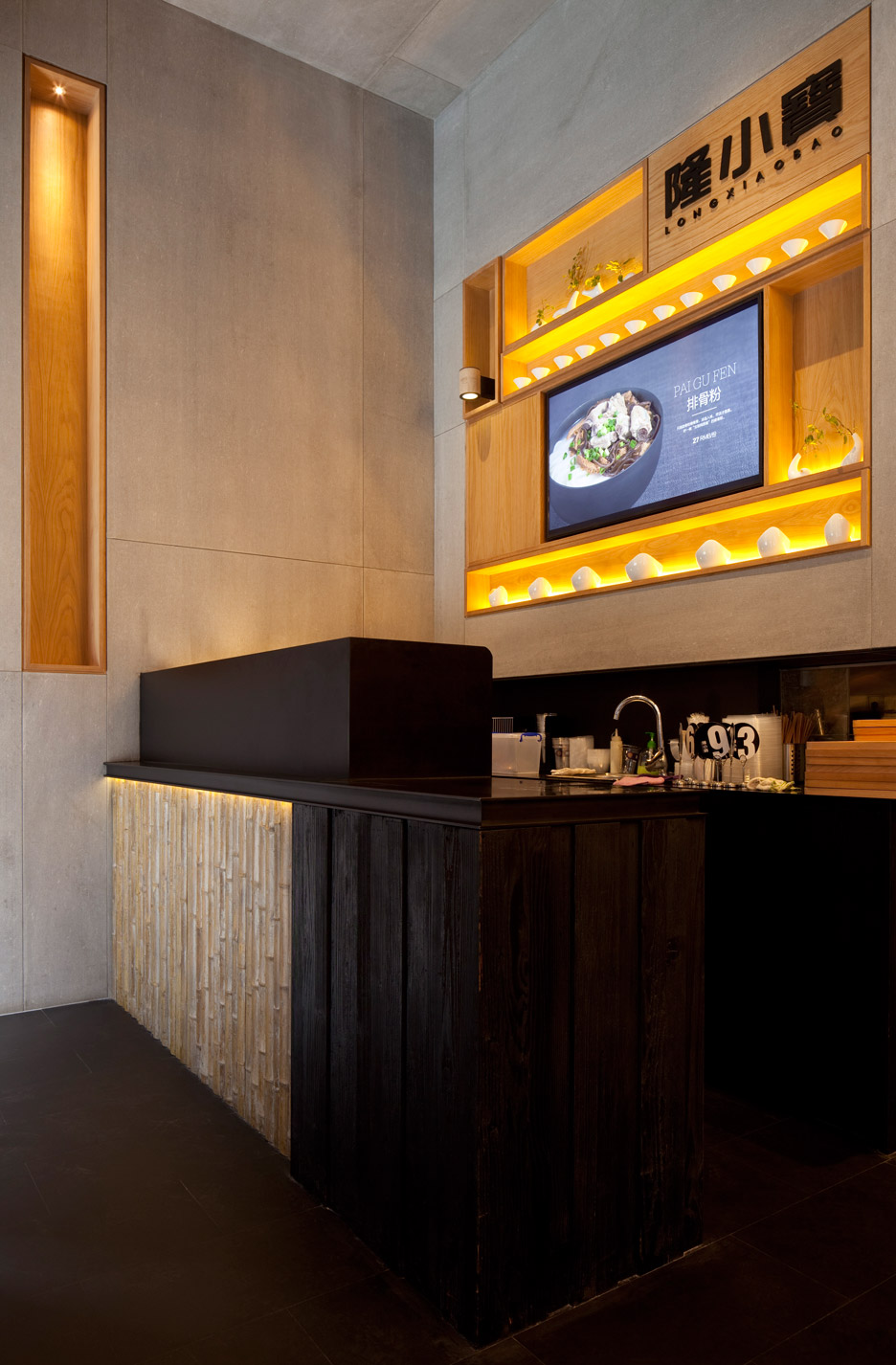 “Metal wires are employed to mimic the noodles simply because they are light and straightforward to form,” Luk informed Dezeen. “Their reflective top quality also adds to the ambient lighting with a feminine touch. They form a soft and valuable volume that contrasts visually with the rigid and raw metal frames.” 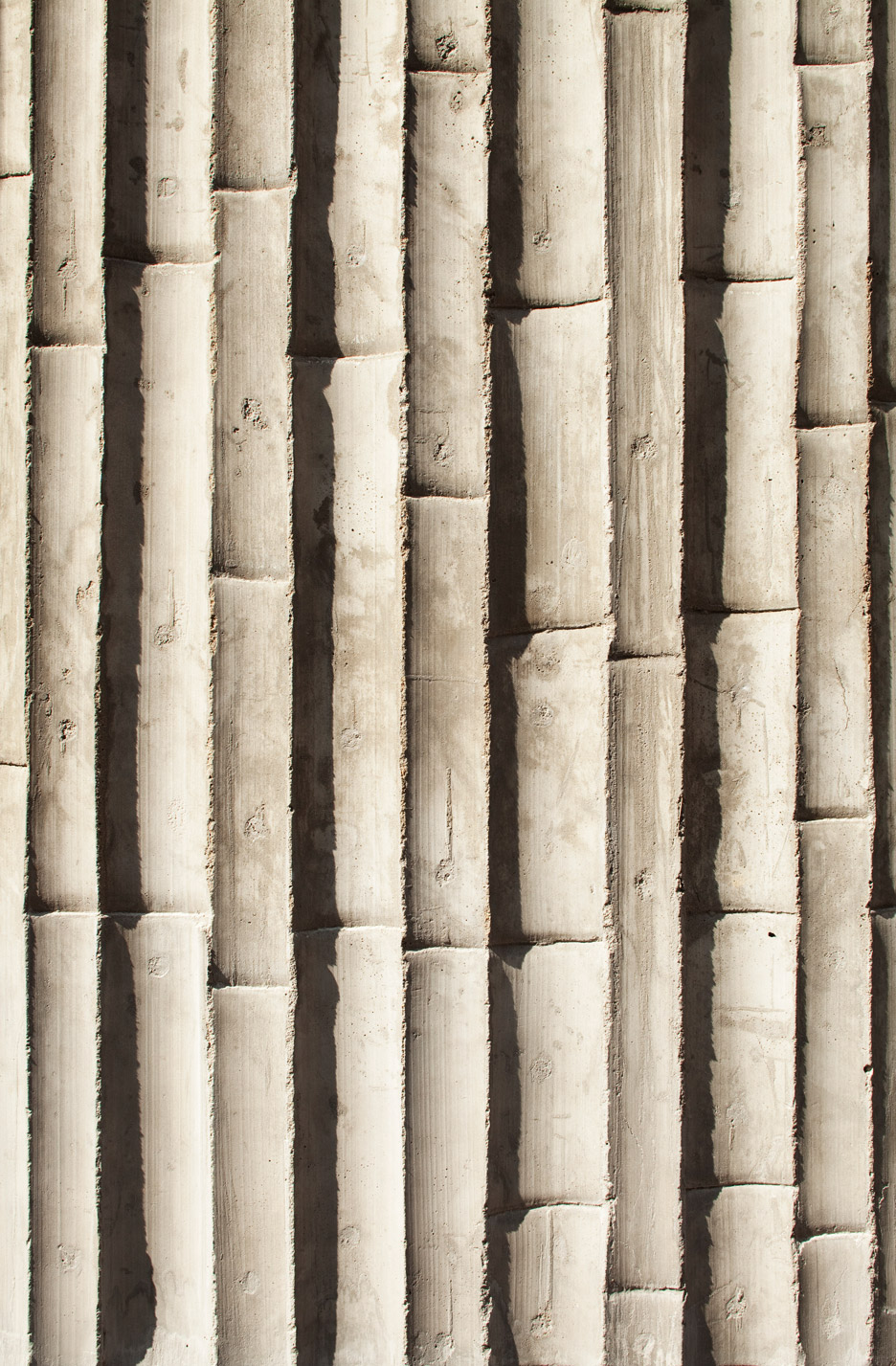 Lukstudio has defined two separate spaces – one for ordering and yet another as an inner dining spot – with different shades of ceramic flooring. 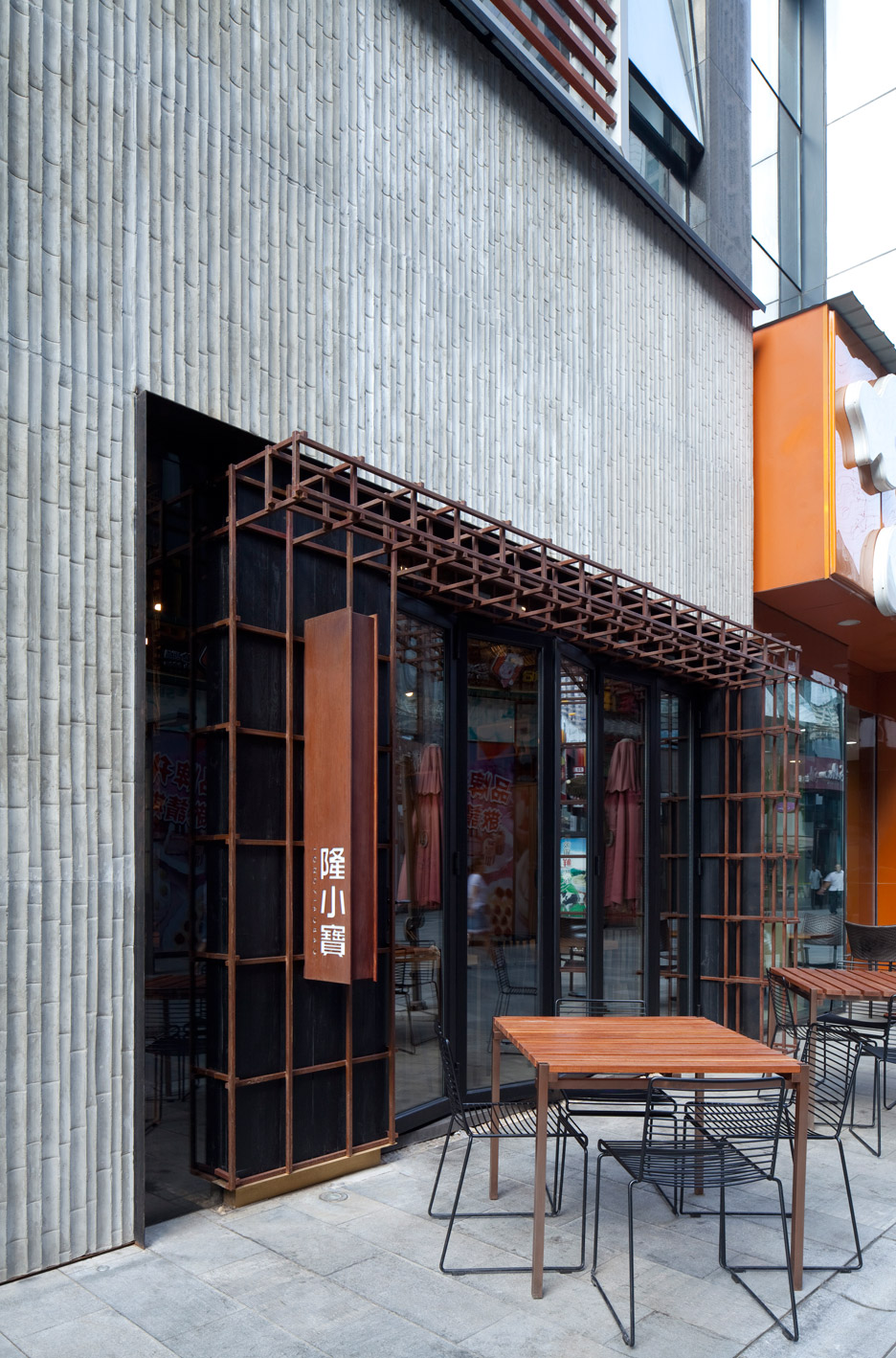 “As the project evolved and the programmes created, we became a lot more convinced with separating the restaurant into two zones for a greater spatial narrative,” explained Luk. “While the ordering spot is a quieter prelude, the dining spot is the place the lighting function reveals itself.”

Together with blackened sound wood panels, the ordering desk is lined with bamboo-cast concrete that also clads the exterior. “Bamboo was chosen for its Asian elegance,” Luk told Dezeen. 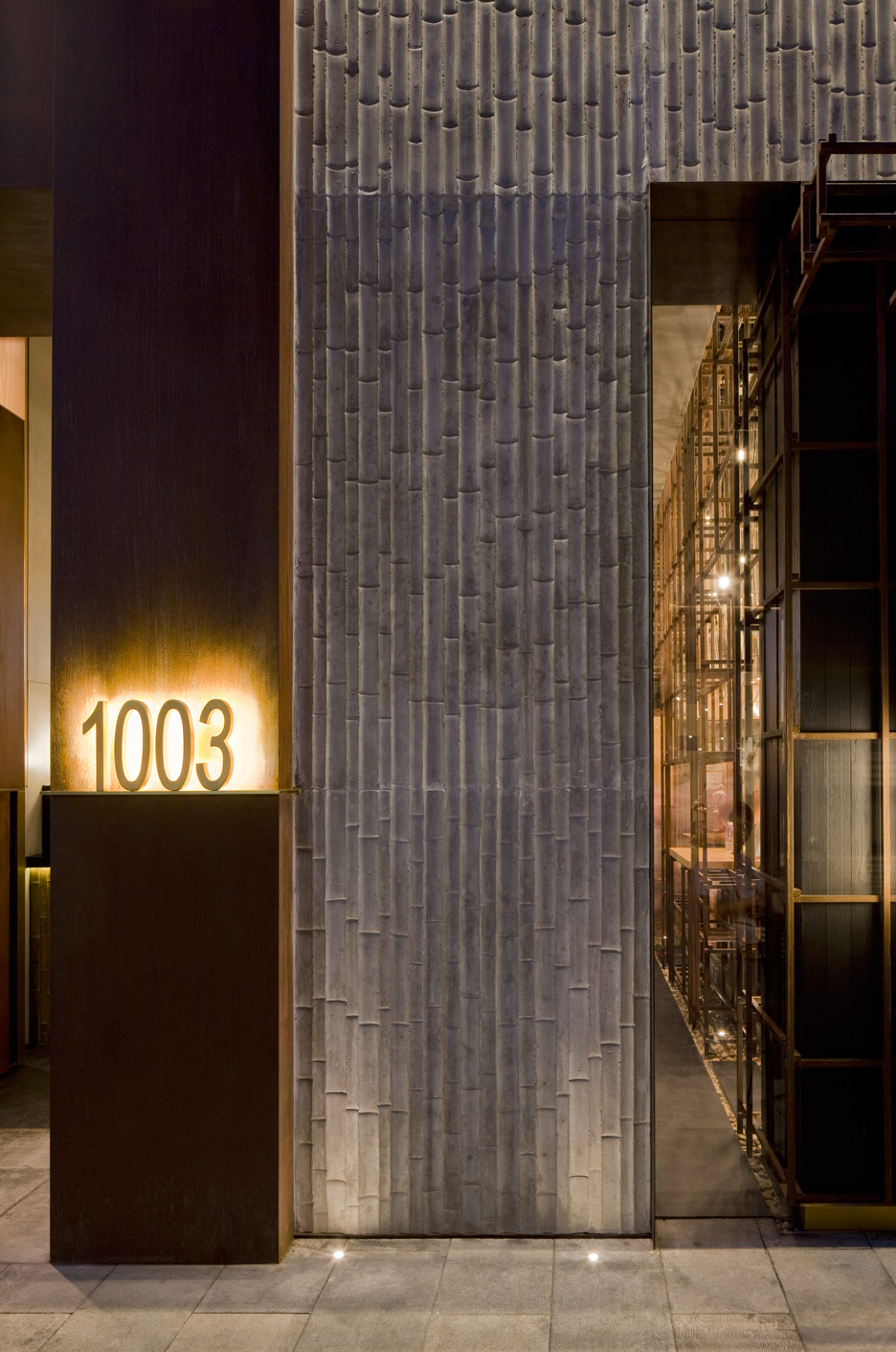 The rack extends out previous the facade, making a large opening like the hole-in-the-wall of kitsch takeaway eateries. Rusted steel panels frame the primary entrance. 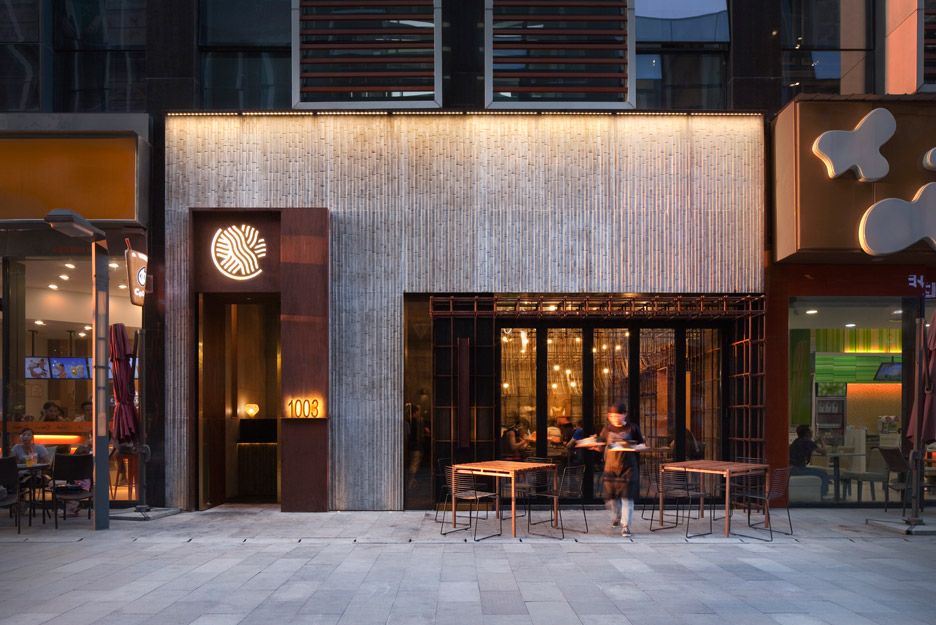 Other noodle bar projects include an eatery with dining places inside slatted timber boxes and an exclusively ash interior that seems like it is made from balsa wood.

Photography is by Peter Dixie.