Milan 2015: the walls of a Milanese gallery are lined with excrement to highlight one of the material’s potential uses in this installation by architect Luca Cipelletti . 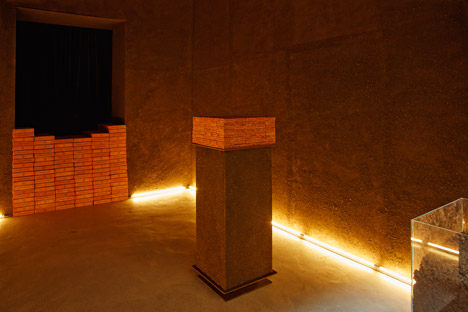 In collaboration with the new Museo della Merda – Museum of Shit – in the Italian province of Piacenza, Cipelletti used bovine manure to cover the surfaces inside Milan’s POMO Galerie. 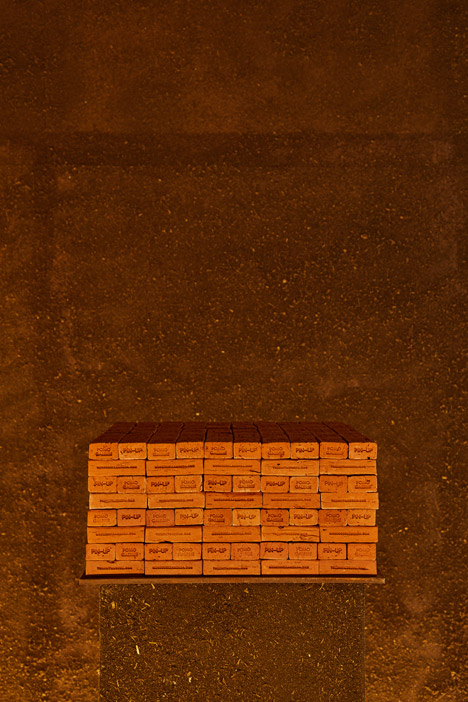 The Shit Show was curated by POMO and design magazine Pin-UP. It opened to coincide with last month’s Milan design week, when excrement was also the theme of Design Academy Eindhoven’s presentation. 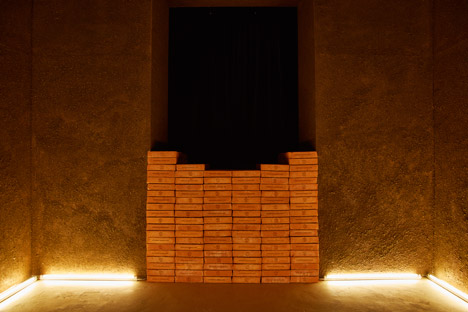 For Cipelletti’s installation, the material was dried and demethanised before it was spread across the walls and ceiling of the small room. 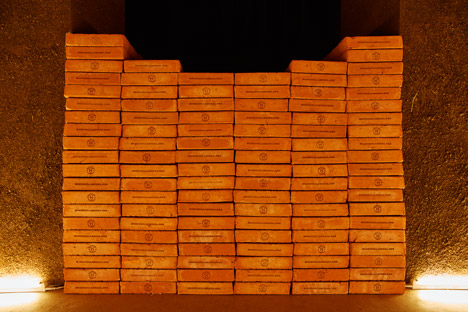 Bricks formed from the same material are stacked in a doorway at the back of the space, and placed on a podium visible through the street-facing window.

“It is a project which undermines cultural norms and preconceptions, and is dedicated to the transformation of a natural substance usually considered objectionable waste into something new, and to encourage dialogue on sustainability and the restoration of a healthy relationship between man and nature,” said a statement from the gallery. 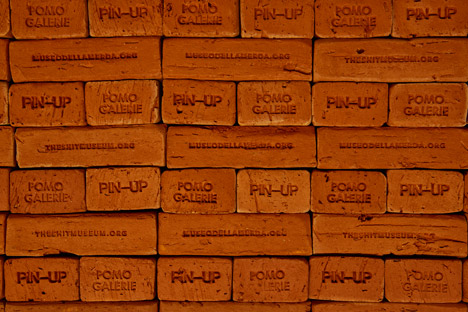 The Museo della Merda opens to the public this month in Castelbosco, home to milk-production farm owned by Gianantonio Locatelli, which has enough cows to produce thousands of tons of fertiliser every day. 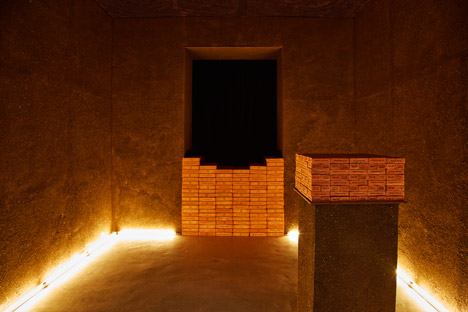 The museum aims to show how new processes are being used to “turn shit into a useful, vital material” like the one used to plaster POMO’s gallery space. 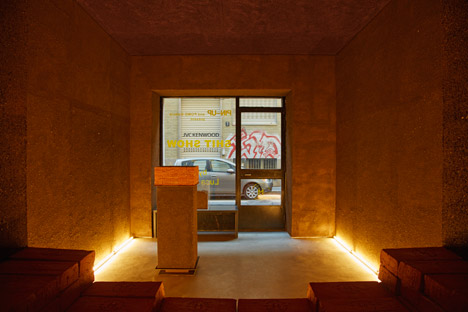 “The POMO show anticipates the themes that the Museum will promote: shit which becomes something else in a virtuous circle involving nature, humanity, technology, architecture and art,” the gallery said. 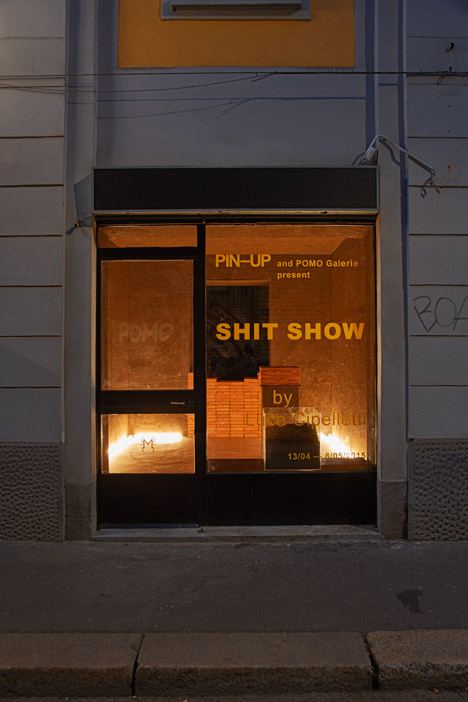 The exhibition is open until 8 May at Via Giuseppe Sirtori 6, and each visitor will receive a brick as a souvenir.