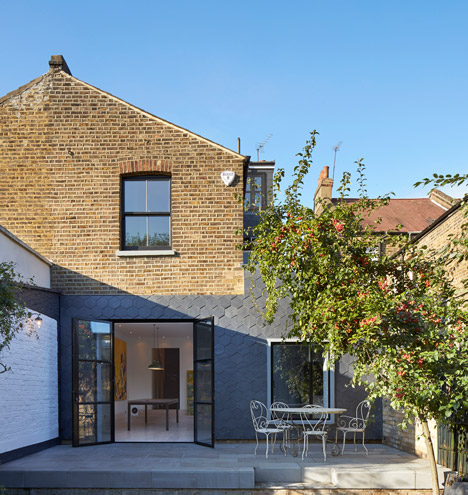 London-based Gundry &amp Ducker extended the rear of the Victorian home in Kensal Rise, replacing a dark and narrow kitchen and bathroom with a large cooking and dining space that opens out to the garden.

“In the current arrangement of this home, the kitchen was based in a low, narrow space at the rear,” stated the architect duo, whose preceding projects contain a blackened larch-clad extension in south London. 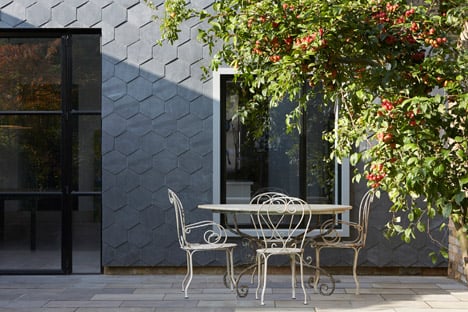 “Our short was to concentrate on this area, and to form a big, dramatic, light and open kitchen, living and entertaining space that worked all year round as the heart of the house.” 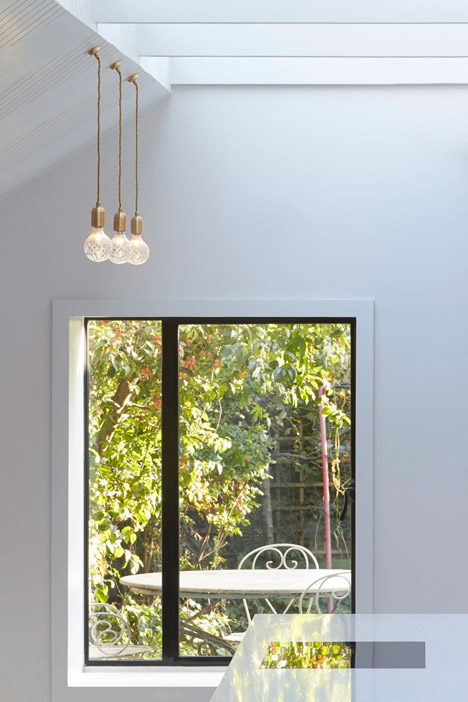 An further strip of land along the side of the home permitted the designers to generate a larger area than the common London property extension, although the consumers were nonetheless keen to retain “a comfortable domestic feeling”. 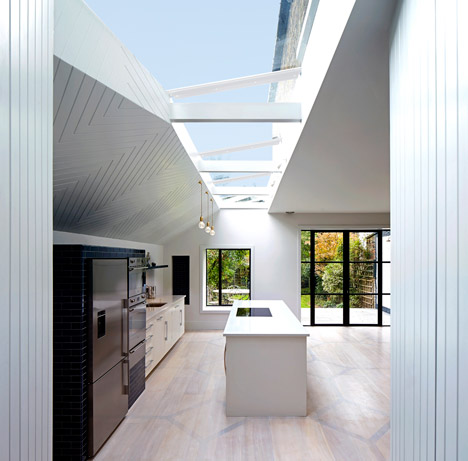 To attain this, the architects chosen a palette of straightforward but traditional materials that they felt could be utilised in a modern way, like slate tiles and timber tongue-and-groove panelling. 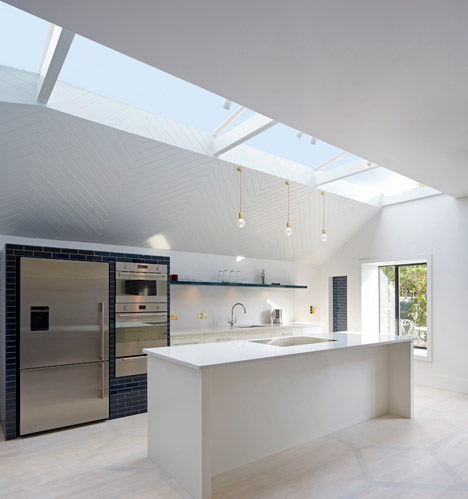 The hexagonal tiles clad the garden-facing facade, flanking a patio that enables residents to dine outdoors. 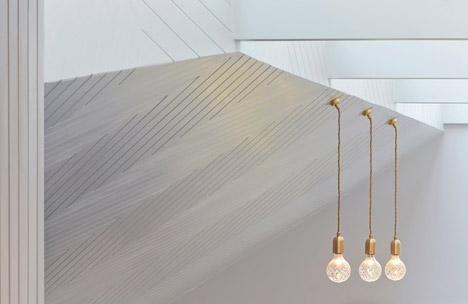 Inside, the wooden panels cover some of the walls and a sloping section of the ceiling. Some form chevron patterns, although other people create stripes that conceal doors and cupboards. 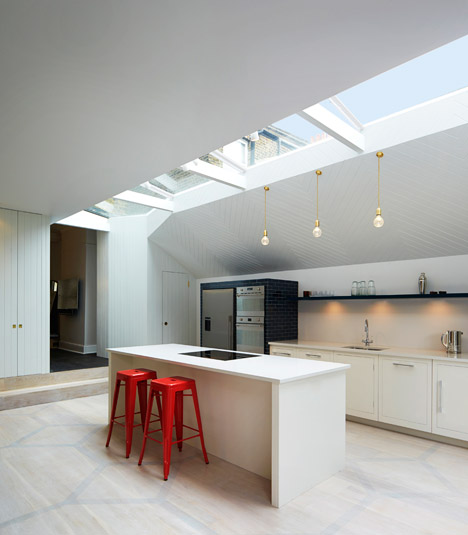 A “secret entrance” to a larder is also concealed within the lines of the panelling. 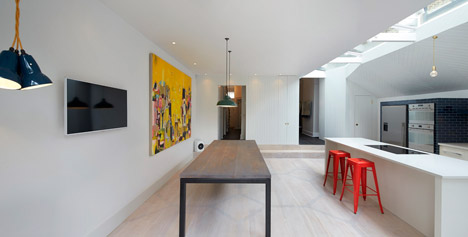 A skylight follows the orientation of the kitchen worktops, highlighting a sightline between a picture window and a doorway leading through to the rest of the property. 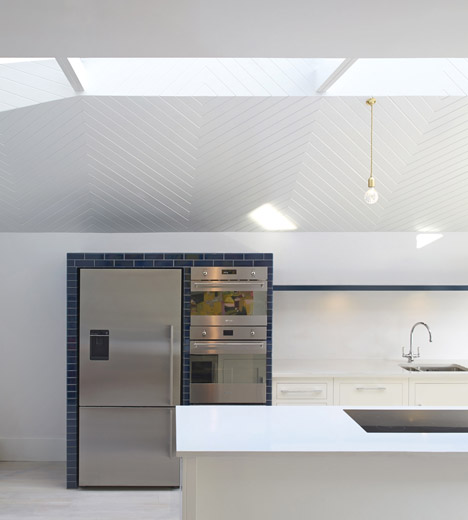 “A window seat with a view of a tree forms a visual focus to the finish of the kitchen area and provides a pleasant location to sit, while the dining location opens out into the garden via a pair of french doors,” added Gundry and Ducker. 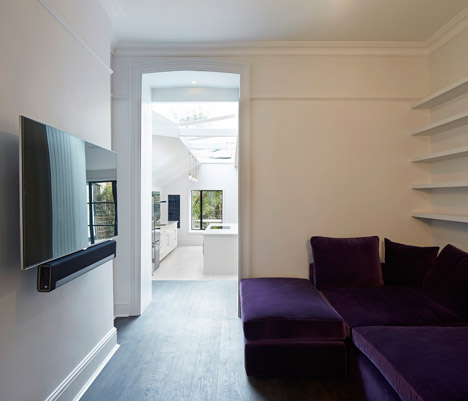 The space sits two measures reduced than the floor level of the rest of the storey, generating an informal seating perch along the end wall.