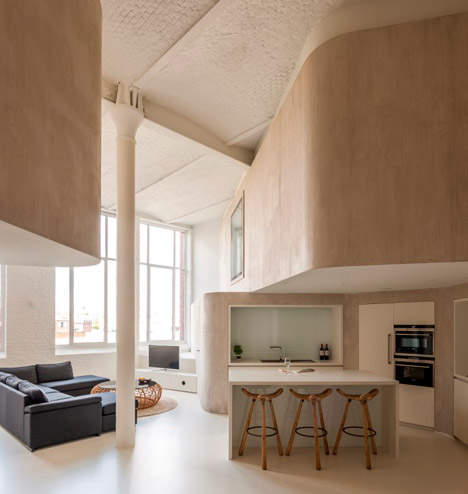 Positioned on the outskirts of the Belgian city, the former factory contains a series of empty two-storey-large rooms.

Architects Basile Graux and Koen Baeyens had been tasked with adapting 1 of these spaces into a residence for a couple and their little one. 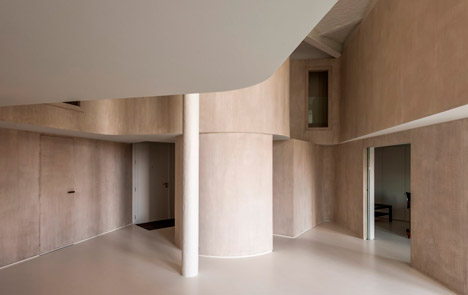 The 150-square-metre room was characterised by tall windows and vaulted brick ceilings, but constrained by a pair of steel columns that loosely divided the space into two halves. 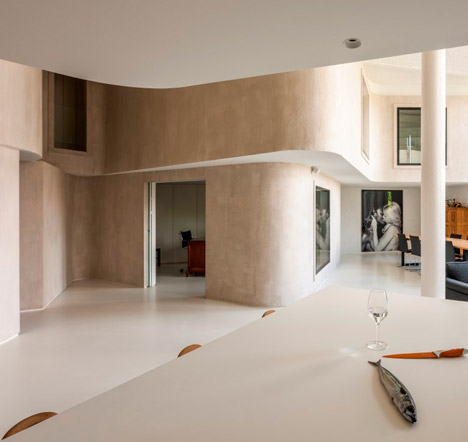 Graux &amp Baeyens desired to make these columns a central focus, but also to stop blocking the windows, they developed a series of new rooms about the perimeter of the area. 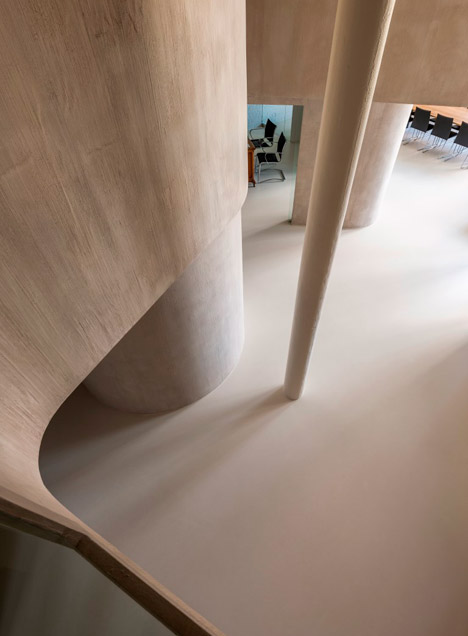 The large ceilings created it attainable for these rooms to be divided up over two storeys – incorporating an extra 92 square metres of floor space.

The two sets of rooms don’t line up, but their facades each curve back and forth like ribbons. Windows had been also additional to produce views in between rooms. 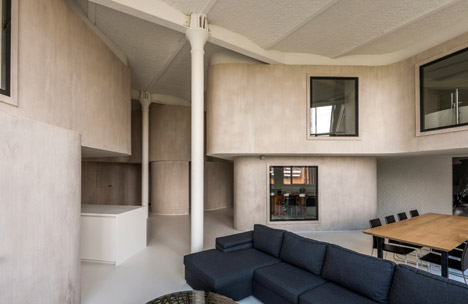 “The design consists of two ranges, they individually drape close to the current columns and unfold themselves towards the windows,” explained Graux. “This curtain slowly absorbs light and separates the personal rooms of the residing spaces.”

“The uniqueness of place is created by variations of concave and convex lines, cantilevers and double-height ceilings,” he explained. 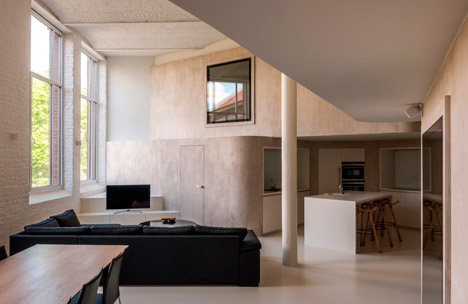 The 4 old windows are left exposed at the front of the house, permitting lots of light to filter into the open-plan residing area, dining location and kitchen – all positioned close to the columns. 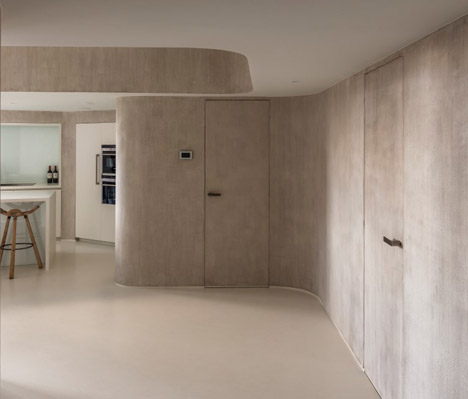 “  The design of this loft is an workout in filtering light,” added Graux. “The undulating surfaces capture the light and allow it slowly shift into shadow.” 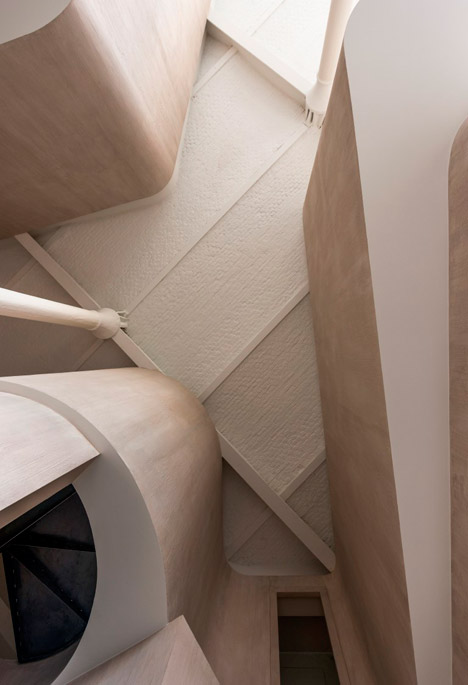 To enable the elaborate development, a new steel framework was set up. Plasterboard walls had been utilized to conceal it, offering curved surfaces that could be coated in a layer of pigmented lime plaster.

The current wall and ceiling surfaces were unified with white paint, as had been the columns. 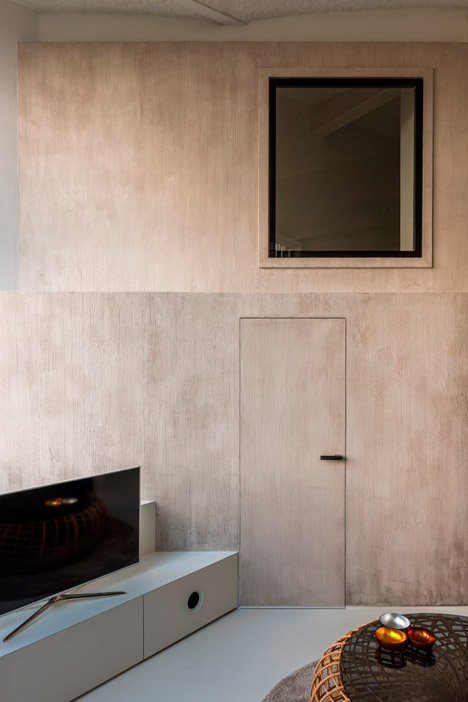 Bedrooms are found on the upper floor, whilst rooms on the decrease level include a review, a laundry area and a storage closet.

Photography is by Luc Roymans.