Style and architecture studio Conran and Partners is reworking the interior of a 17-storey block that types element of London’s Brutalist Barbican Estate, transforming it from a youth hostel into large-end apartments . 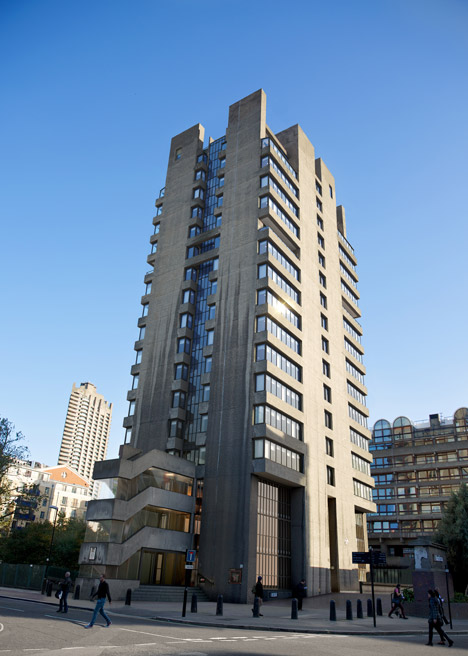 Conran and Partners has made the interiors for 74 luxury residences and public places in the Grade II-listed tower, which was built in 1968 by architects Chamberlin, Powell and Bon, who also made the Barbican Estate in the 1950s. 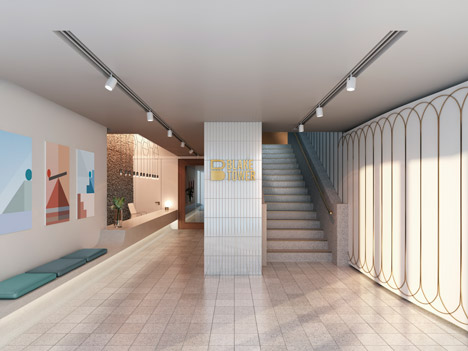 A combine of 1, two and 3 bedroom apartments and studios will exchange a youth hostel run by charitable organisation YMCA, which previously occupied the building’s 218 rooms, fitness center, dance studio, canteen and kitchen. 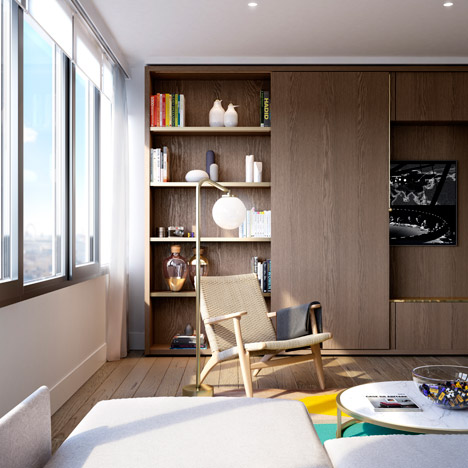 Renamed Blake Tower following 18th-century English poet and artist William Blake, whose grave is found in nearby Bunhill Fields, the building has been vacant considering that September 2012. 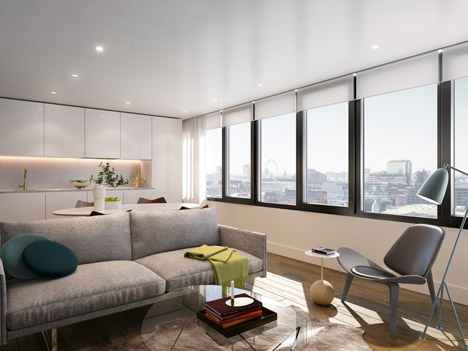 As element of its overhaul, the interior layout will be modified with the addition of new internal walls, though the Brutalist concrete exterior will largely continue to be the identical. 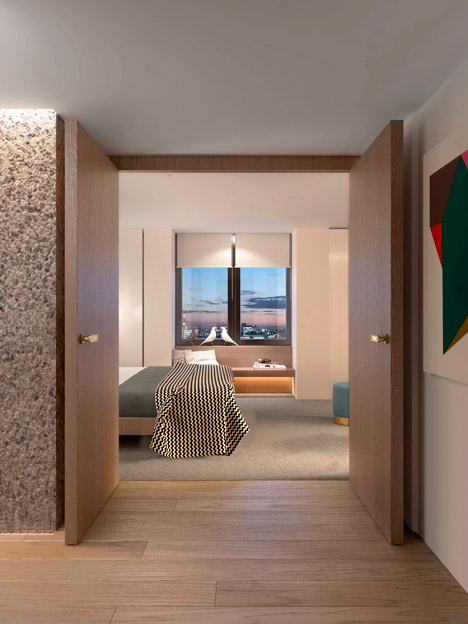 Project director Simon Kincaid informed Dezeen: “The most significant challenge has been to build an genuine and regarded as design and style scheme: 1 which respects and references the architectural shell and the context of the Barbican as nicely as providing a new collection of residences inside of the estate with their own identity, character and present day specification.” 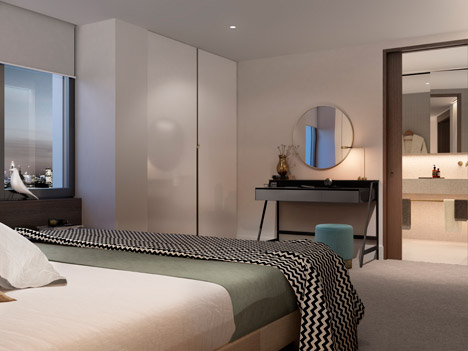 Residing areas will be planned all around bedrooms and bathrooms, which will get benefit of present concrete walls. The building’s concrete and ceramic tiles will be contrasted with wooden floors, white surfaces, concealed lighting and bespoke brassware. 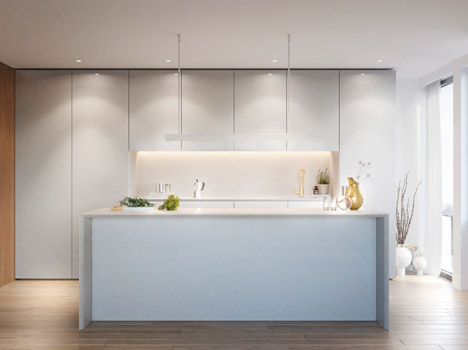 The interiors reference the distinctive attributes of the tower’s Brutalist architecture, which the Uk studio stated was “a remarkably wealthy starting level”.

“Exposed concrete characteristics throughout the apartments, but we have drawn inspiration from the effective softening of the external public spaces with established greenery and landscape,” stated associate interior designer Brooke Lloyd. 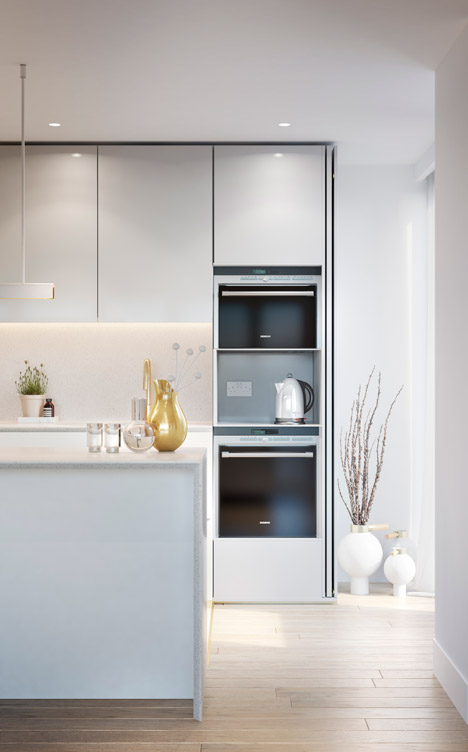 Details of the interiors are informed by the shapes of the Barbican’s buildings, but the studio aimed to avoid replicating present features in a “pastiche fashion”. 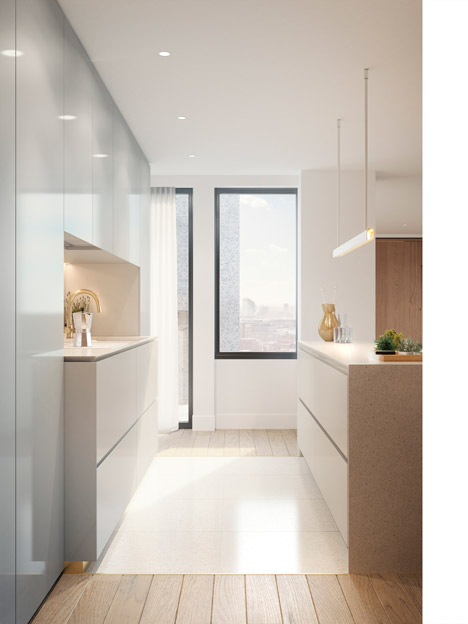 The half-moon shape of Frobisher Crescent is reflected in bespoke brass ironmongery, even though water characteristics and cast terrazzo basins have been made with a swooping asymmetrical curve that nods to the balustrades of neighbouring residential towers. 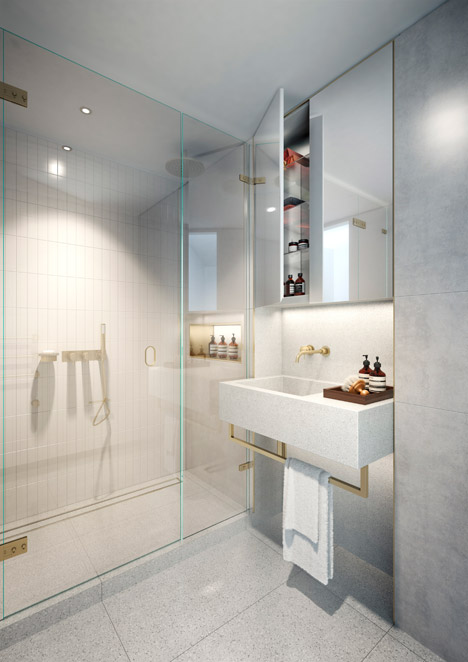 “We noticed the powerful structural grid as one thing to embrace and express,” Lloyd explained.

“It permitted us to produce some extremely generous and characterful spaces that are a subtle reminder of the apartment’s context inside the Barbican. I’ve often tremendously admired the Barbican’s distinctive potential to be the two grounded by a sturdy legacy of Brutalist architecture and concurrently embrace adjust.”

“It has maintained the avant-garde spirit of Brutalism and by undertaking so remains a really modern place. Our layout method of a ‘modern heritage’ was extremely significantly informed by this.” 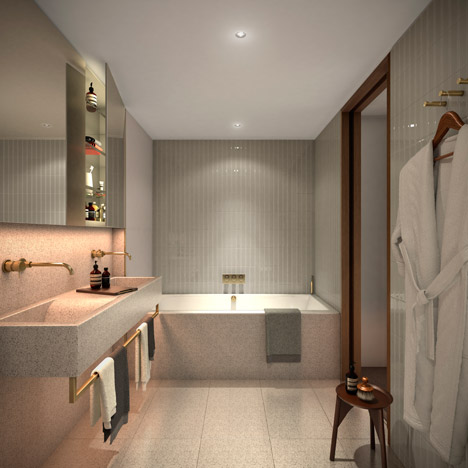 Redrow London is overseeing the advancement, although architects Harper Downie is refurbishing the building’s exterior. The undertaking is scheduled for completion in 2016. 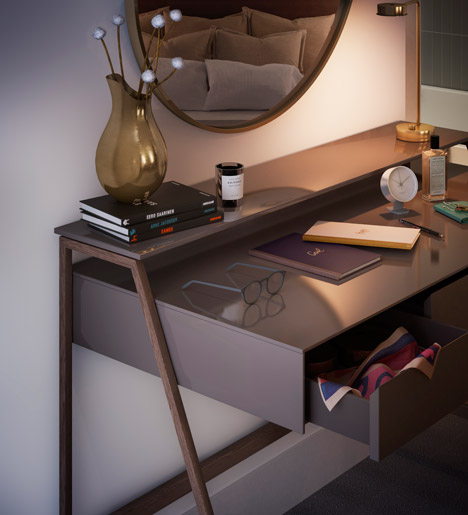 Conran and Partners is also doing work on transforming the public space beneath 1960s London tower Centre Stage, which is currently undergoing major redevelopment as part of the city’s new Crossrail train network. 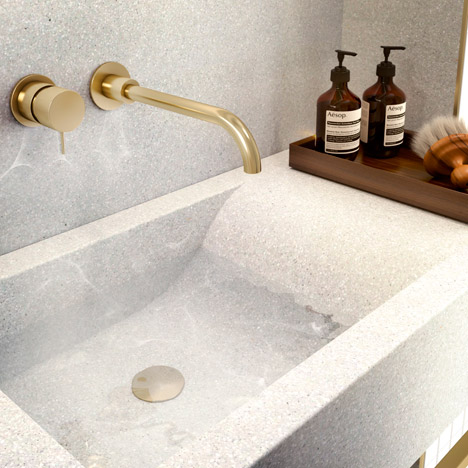 Elsewhere in the British capital, the fate of the Brutalist Robin Hood Gardens estate looks grim as its most recent bid for listed status failed, prompting calls for its quick demolition.