Installed as part of the 10 Designers in the West Wing exhibition, The Drawing Area is a collaboration amongst sisters Faye and Erica Toogood. 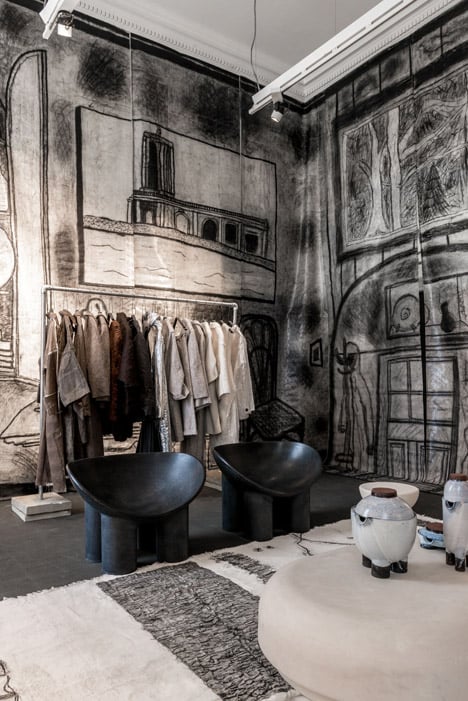 “This year we have chosen domestic spaces as a commencing level for each of our projects,” explained Faye Toogood, who has also created an installation at the V&ampA museum with her sister for this year’s London Design and style Festival. 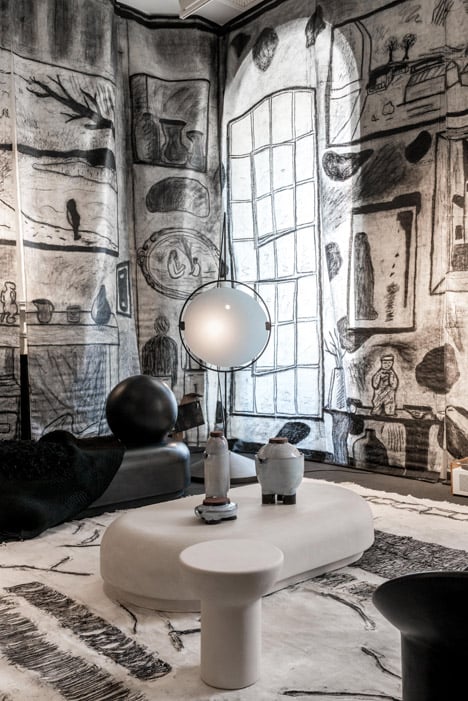 “The Drawing Space is really the first time we’re uniting an interior area with objects, clothing and sculpture,” she told Dezeen. 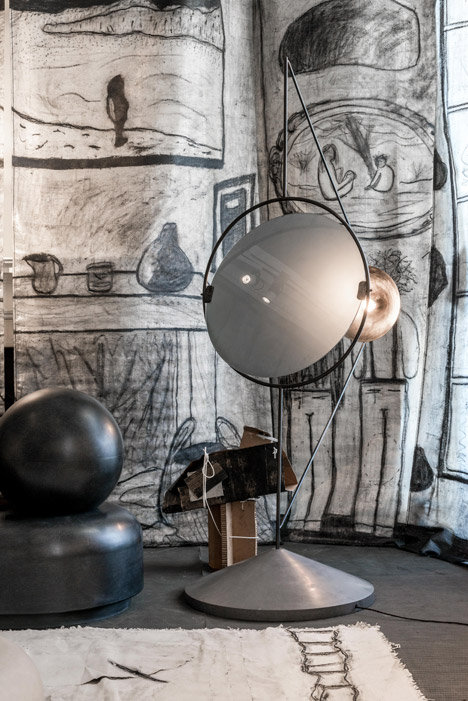 The phrase drawing space dates back to the 1670s, and was generally utilized to define the quarters inside a massive property in which guests would be entertained.

The phrase has a double meaning in the set up, the place visitors are encouraged to sit down and relax in the space, which has been lined with tarpaulin sheets covered with charcoal drawings to evoke the feeling of a derelict country property. 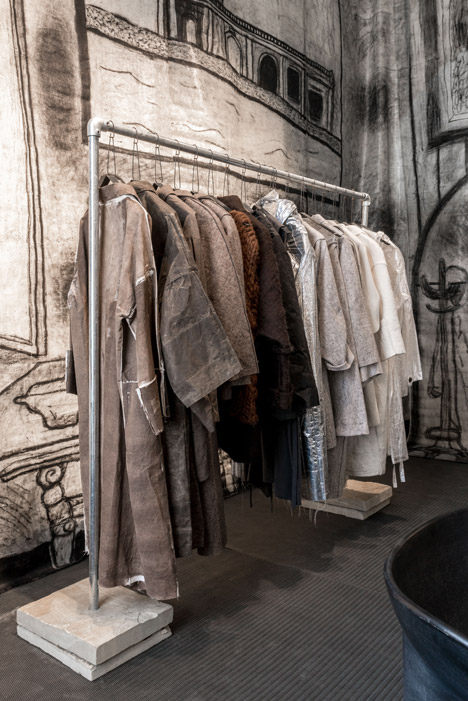 Similarly to the siblings’ Cloakroom set up at the V&ampA, the project unites their practices of furniture and vogue layout. 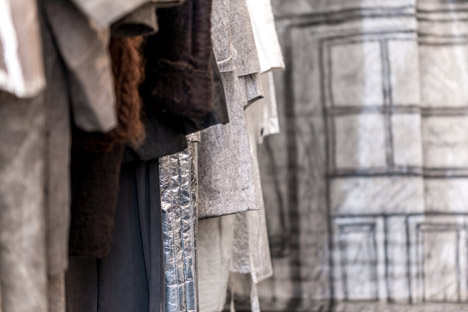 In the centre of the area, charcoal-hued Roly Poly chairs from Faye’s Assemblage four assortment are positioned close to a handwoven rug that has been strung together from fragments of canvas and rope. 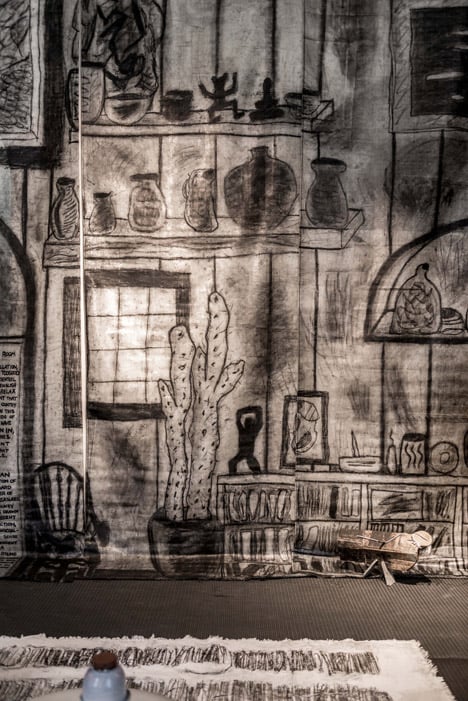 Garments from Studio Toogood’s most recent trend collection hang from a metal rail, and a vintage cabinet is filled with objects that had been a commencing point for the undertaking. 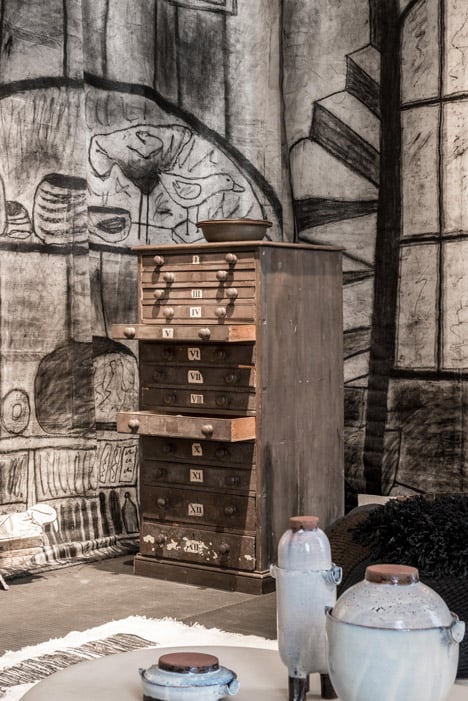 “This is a very private area to us,” stated Faye, who previously designed gender-neutral retail spaces at Selfridges. “It really is a fictional but autobiographical space that is filled with objects, scenes, walks and places that we keep in mind as children.” 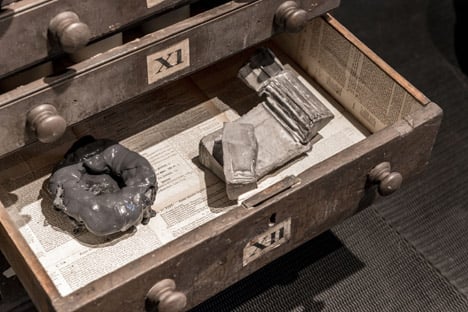 Recordings of birdsong perform into the room were influenced by Faye and Erica’s father, incorporating to the autobiographical component of the venture. 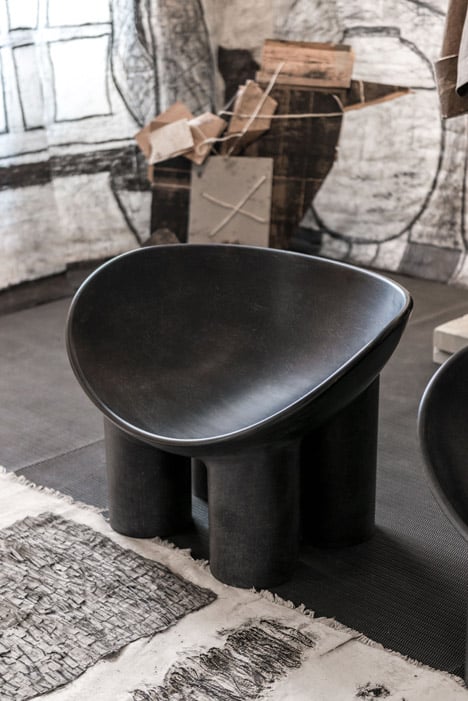 “Our father’s an anthropologist,” mentioned Faye. “We grew up listening to him making an attempt to don’t forget all the bird noises.” 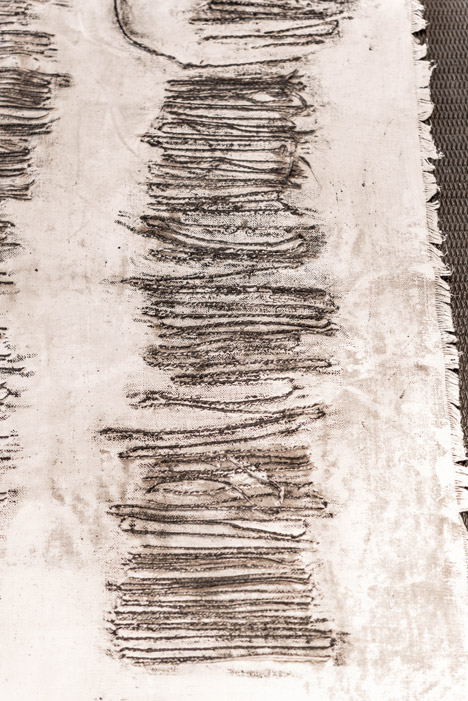 ten Designers in the West Wing requires area at Somerset Property from 21 to 27 September 2015. Exhibitors consist of Patternity, which turned its monochrome graphics into a 3D installation to develop a “giant patterned playground”. 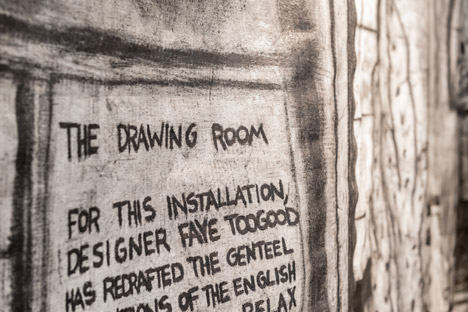 Studio Toogood’s The Cloakroom at the V&ampA characteristics 150 oversized foam coats for site visitors to wear although following a trail close to the museum, which is also hosting a giant crystal zoetrope and a tower of tiny ceramic stores during London Design Festival 2015.