This trio of mammoth timber funnels is designed to magnify the organic sounds of a forest in southern Estonia, and to double up as a area for ramblers to contemplate and rest. 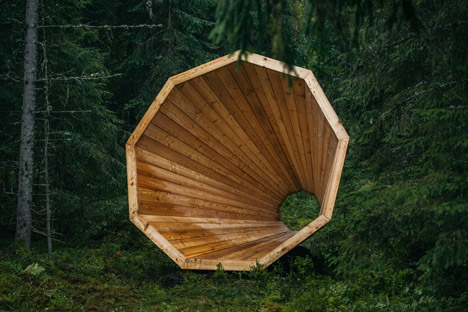 Created by a group of interior architecture students from the Estonian Academy of Arts, Unplugged Kingsize Megaphones is put in in a densely forested internet site in the Pähni Nature Centre, near the Latvian border.

In excess of 50 per cent of the nation is covered by forest – preceding woodland projects there contain a winding elevated pathway by Tetsuo Kondo Architects and a faceted woodland cabin by Jaanus Orgusaar. 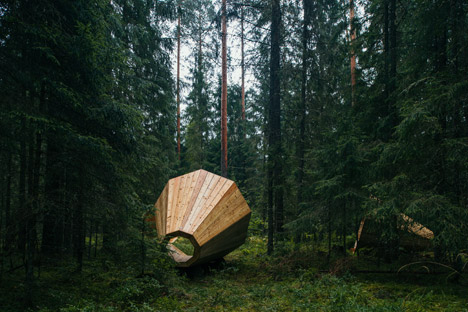 The structures were built off-website by the college students in Estonia’s Medieval capital Tallinn, prior to currently being transported to the site.

The megaphones were then positioned around a small clearing, creating a “bandstand” for the sounds made within the forest. 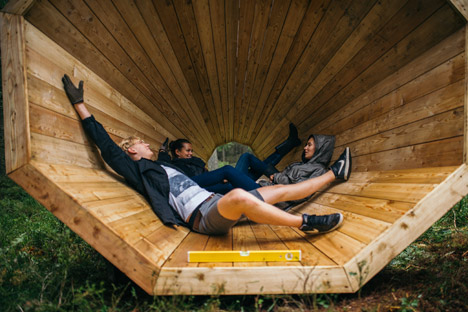 Measuring three metres in diameter at their widest point, each construction is large adequate to develop a lounging spot for numerous folks. 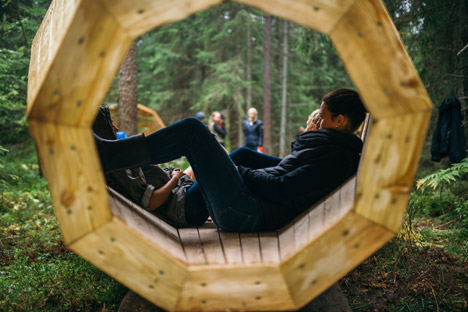 “At the centre of the installation, sound feeds from all 3 directions need to generate a unique merged surround sound impact,” mentioned division leader Hannes Praks.

Relevant story: Walden Raft is a cabin offering seclusion in the middle of a French lake

“The megaphone installation offers an exceptional opportunity to experience the meeting of contemporary architectural area and wild nature, and it is freely available for foreigners as properly as neighborhood travellers.” 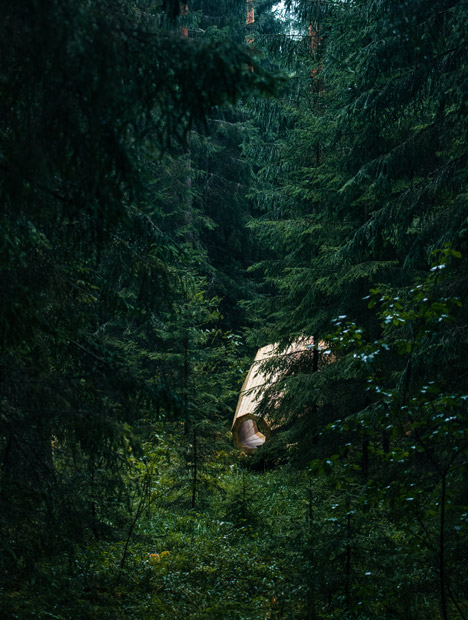 The undertaking has its origins in a workshop carried out in the woods by Derelict Furnishings designers Tõnis Kalve and Ahti Grünberg and Aet Ader, Karin Tõugu, Kadri Klementi and Mari Hunt from architecture studio B210. 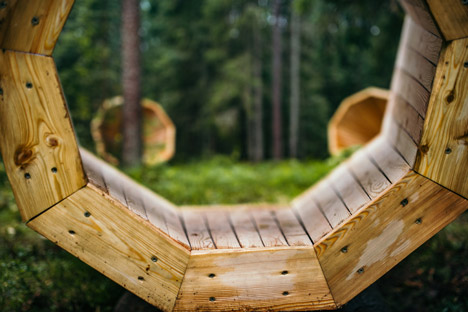 The workshop leaders asked the interior architecture college students to come up with concepts of a forest library with Valdur Mikita, an Estonian author who writes about the importance of forests to Estonian culture.

Birgit Õigus developed the winning proposal, which was then constructed with the aid of fellow college students and installed on the internet site in September 2015. 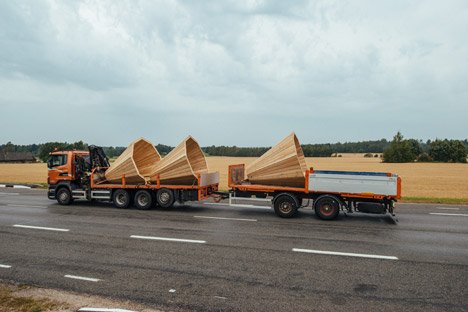 “It’s a area to listen, to browse the audible guide of nature – there has not really been a place like that in Estonia prior to,” explained Mikita.

Photography is by Tõnu Tunnel.