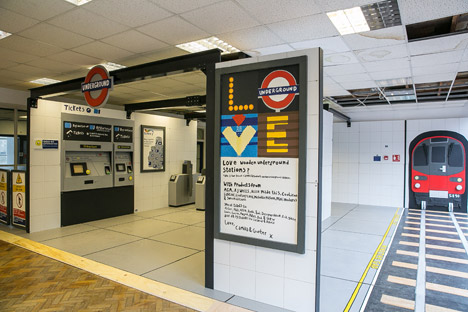 Sculptor and illustrator Camilla Barnard recreates everyday objects and iconic items in wood, ranging from the petite – a Bialetti moka coffee pot and Kellogg’s cereal boxes – to the scale replica of a tube station.

Wooden Tube Station was produced for this year’s designjunction exhibition in London, which has moved into the former art school campus in Holborn, in the central region of the city. 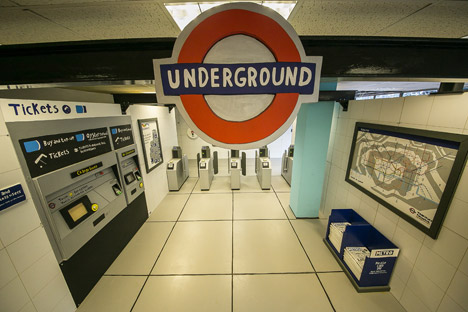 The set-like set up, made completely from hand-illustrated sheets of timber, was created over a time period of 3 months at Barnard’s studio in east London. 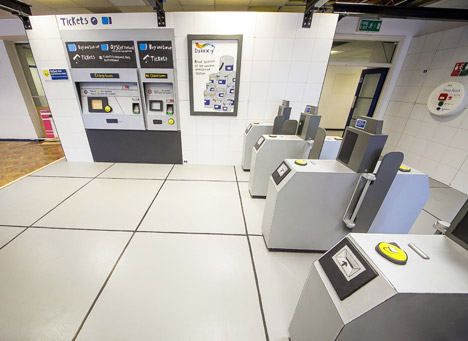 The artist collaborated with woodworker Gunter Luck on the task, meticulously measuring the dimensions of barriers, ticket machines and tiles in London Underground stations to develop accurate scale models for the installation. 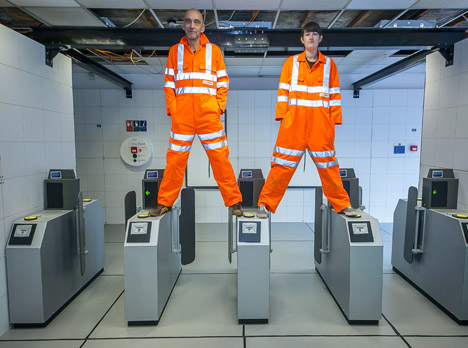 Barnard and Luck wore florescent orange boiler suits for the opening of the set up as a nod to the workwear of Underground engineers. 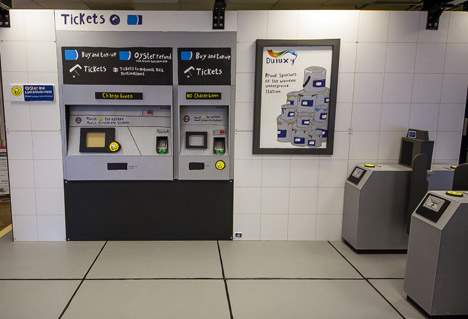 “I want to consider to replicate as several things as I can, so a Tube station is really a massive iconic one particular to tick off the checklist,” Barnard told Dezeen at the opening of the installation.

“I started doing it at university and people started to genuinely engage with it and adore it so it escalated into a career,” she explained. “Men and women maintain asking me to make things and I enjoy doing it, trying to keep copying.” 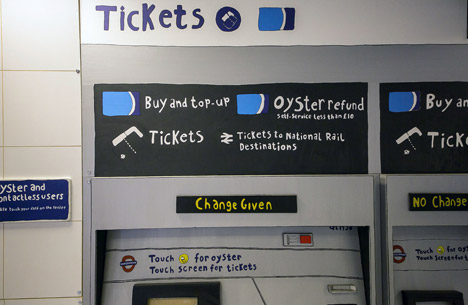 Barnard hand-painted the Tube maps, stacks of Metro newspapers with spoof headlines and signage inside the set up. 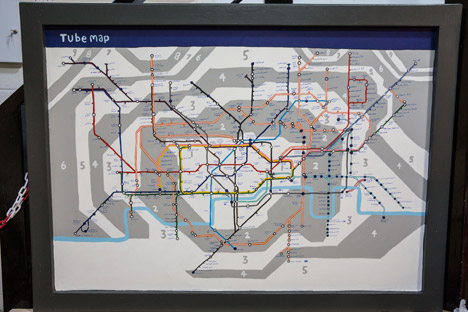 Whilst the dimensions of every single object are meant to accurately reflect the proportions of a actual station,”wibbly-wobbly” painted and drawn outlines give the piece a handmade and illustrative look. 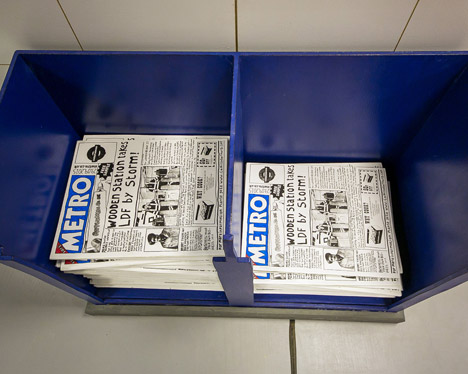 “I’m not the most precise man or woman, I don’t think I could make some thing specifically copied – it appears like a 3D illustration actually,” she explained. “It’s acquired all the measurements and details but then I freehand a bit as well.” 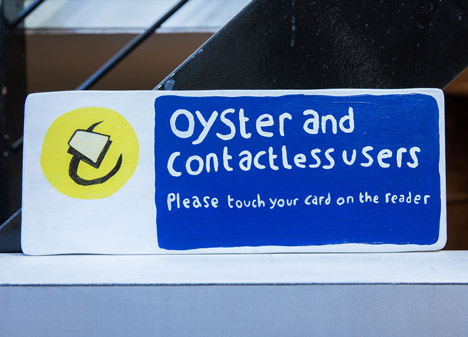 The installation is sponsored by Dulux, and the paint brand is referenced in commercials on the mock tiles that form the station’s walls. Barnard carried close to swatches from the paint brand for the duration of the style process to help match the colour of elements employed in true stations. 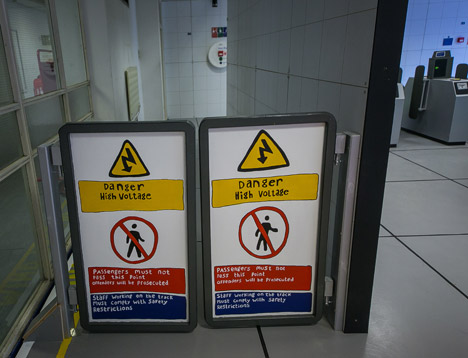 “Every time I had to go someplace I had my tape measure and my camera,” she explained, “and Dulux sponsored it so I had a load of Dulux swatches that I had to match up.” 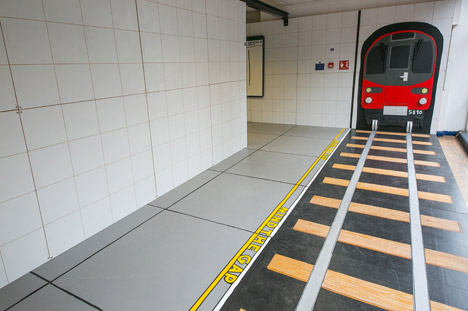 The names of the crew who aided construct the set up are credited on the eastbound and westbound signage behind the ticket barriers, even though modest tablet screens inserted in the front of the ticket machines displays a video of the installation process. 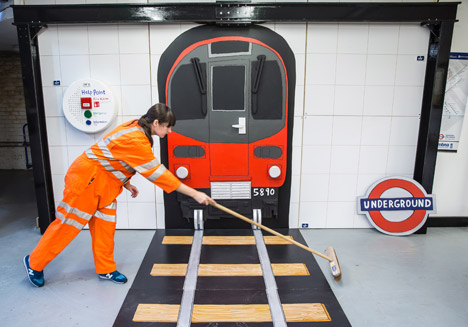 Hand-written posters detail the names of the designers included in an exhibition of merchandise from Transport for London (TfL) – the organisation accountable for managing the London underground and bus networks – to 1 side of the set up.

Amongst the newly licensed TfL products are textiles by Michelle Mason for Swoon Editions, furnishings by designjunction director Michael Sodeau and an up to date model of the traditional 1940s Coolicon lampshade by Trent Jennings. 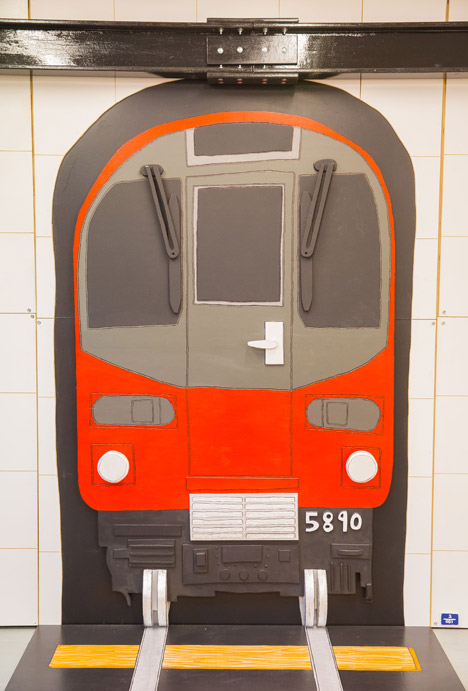 “The wooden station is sort of a stage to existing stuff as well as currently being a unusual set up you can check out,” said Barnard.

The installation, which is positioned at 1 end of a Transport for London-themed cafe at designjunction, marks the starting of an 18-month programme of occasions, exhibitions and competitions celebrating London Underground’s 150th birthday. 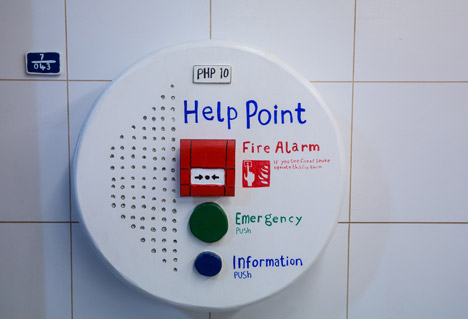 Architecture company NBBJ recently unveiled a conceptual plan to flip the Tube’s Circle Line tunnel into a 17-mile-lengthy moving walkway to honour of the 150th anniversary, whilst earlier this 12 months Gensler shared ideas to repurpose abandoned tube tunnels as a subterranean cycle path.

A fleet of driverless trains created by London studio Priestmangoode are due to be rolled out across 4 lines as element of the Tube network’s ongoing upgrading works by 2020. 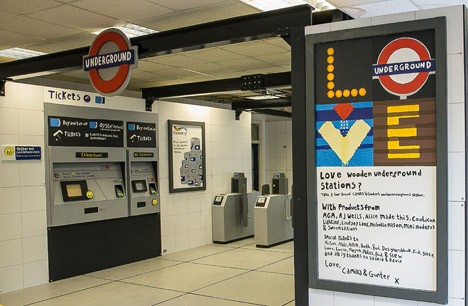 Barnard, who graduated from University of Brighton’s undergraduate Resources Practice program in 2011, has also recreated the crown jewels in wood for the annual Designersblock exhibition, which is currently being held at the Bargehouse in London until finally 27 September 2015.

Last year, designer Lucy Sparrow recreated more than 400 common convenience keep goods from felt and exhibited them in an east London corner store for a temporary set up.

Wooden Tube Station will be on show at the former creating of Central Saint Martins until 27 September as component of this year’s London Design and style Festival.

Photography is by Jeff Moore.