Australian company Elenberg Fraser has won planning approval for a 226-metre-large Melbourne skyscraper that will feature a curvaceous form taken from a music video by Beyoncé . 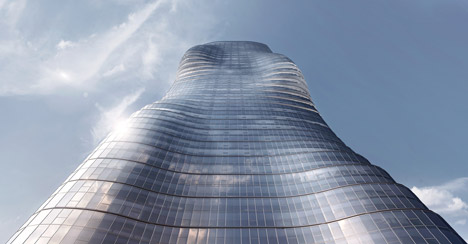 The new Premiere Tower at 134 Spencer Street will boast a series of curves and bulges designed to make it as structurally productive as feasible, but that also reference 1 of Beyoncé’s music videos.

The form is an homage to the undulating material-wrapped bodies of dancers in the singer’s music video for Ghost – a song from her self-titled 2013 album, which was initially published as one half of track referred to as Haunted but launched as a stand-alone music video.

“For those more on the artwork than science side, we will reveal that the form does pay homage to some thing much more aesthetic – we’re going to trust you have noticed the music video for Beyoncé’s Ghost,” stated the Melbourne-primarily based studio.

The 68-storey structure, which was approved by preparing officials in Might, will be located at the west end of the city’s central business district. It will contain 660 apartments, as well as a 160-area hotel.

Parametric modelling – a variety of pc-aided design that permits complicated shapes to be produced in response to data constraints – was employed to produce the exclusive form, which will swell in and out at different points about the facade.

According to Elenberg Fraser, the shape of the Premiere Tower also responds to climate, wind and the specific limitations of the internet site.

“This venture is the culmination of our important analysis,” stated the company. “The complicated type – a vertical cantilever – is in fact the most efficient way to redistribute the building’s mass, offering the best results in terms of structural dispersion, frequency oscillation and wind specifications.” 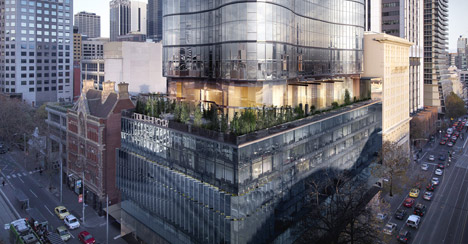 It follows in the footsteps of MAD’s hourglass-shaped skyscrapers in Mississauga, Canada, which were dubbed the “Marilyn Monroe towers” by nearby residents.

The undertaking is backed by Fragrance Group, the home development arm of Singapore real estate tycoon Koh Wee Meng. Public home the Savoy Tavern, which reopened in 2014 soon after laying derelict for practically 20 many years, will now be demolished to make way for the tower. 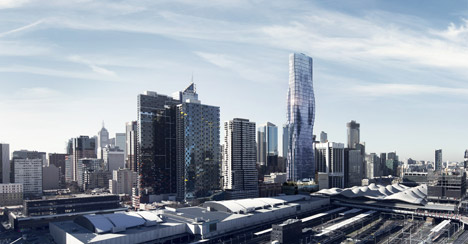 The aim is to at some point replan the entire precinct, while also respecting its heritage buildings. “The total precinct is developed with a far more lengthy-phrase see to urban design, creating a self-sustaining development,” added the architects.

No completion date has yet been released.