Pixellated faces decorate the brick facades of this civil rights centre in Milan, while a vivid yellow staircase spirals up via its concrete interior. 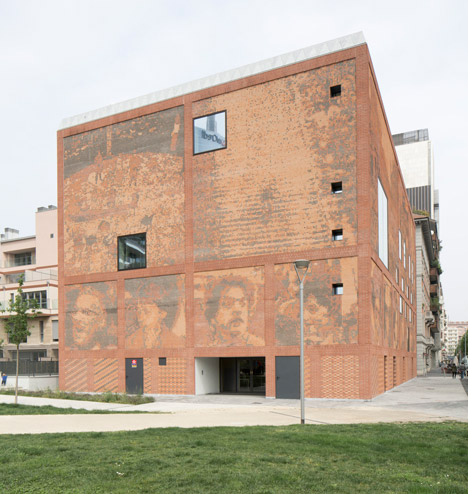 Made by Milan-based studio Baukuh, the Residence of Memory contains cultural amenities and an archive.

It also houses the headquarters of five institutions that exist to protect and market the historical past of civil rights and democracy in Italy. 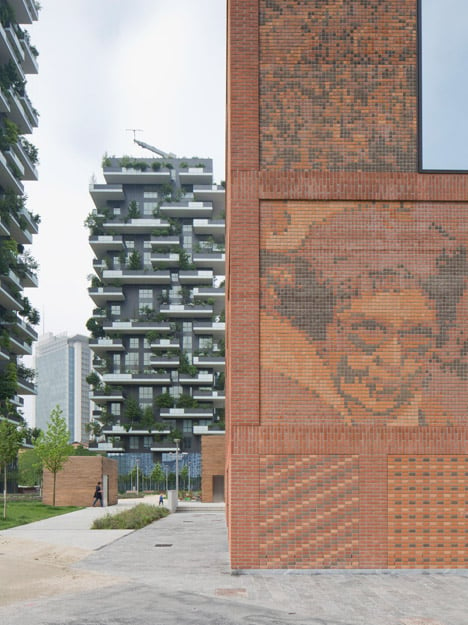 The architects won a competition to layout the creating for a site on the periphery of the city’s establishing Porta Nuova district, following to to Stefano Boeri’s Vertical Forest towers. It was designed to mediate amongst these new towers, existing 19th century structures and a close by park. 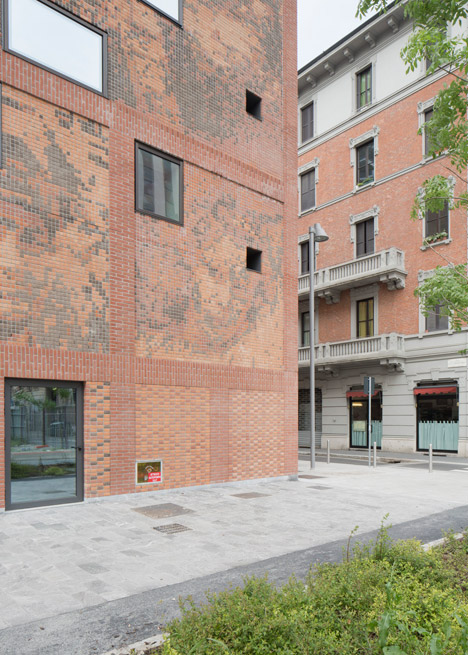 “At the fringe of an totally new component of the city, the Home of Memory maintains a relationship with the area’s artisanal and industrial traditions,” stated the task team.

“In this respect, the building’s rough physical appearance – just a box with couple of windows – and the proud sobriety of its building components set up a deep and precise connection with the industrial tradition of the Isola neighbourhood.” 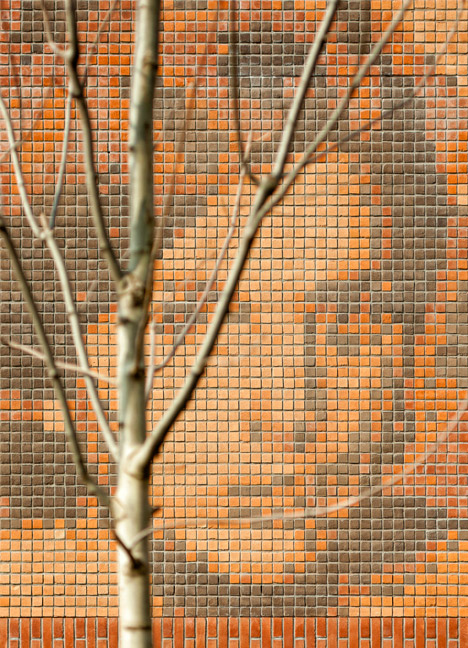 The building’s exterior is clad entirely in brick, punctuated by a constrained variety of openings.

Brick pilasters and architraves enclose somewhat recessed panels decorated with 19 portraits and eight historical scenes. These have been based on images from the archives housed in the constructing and are composed of six different tones of brick. 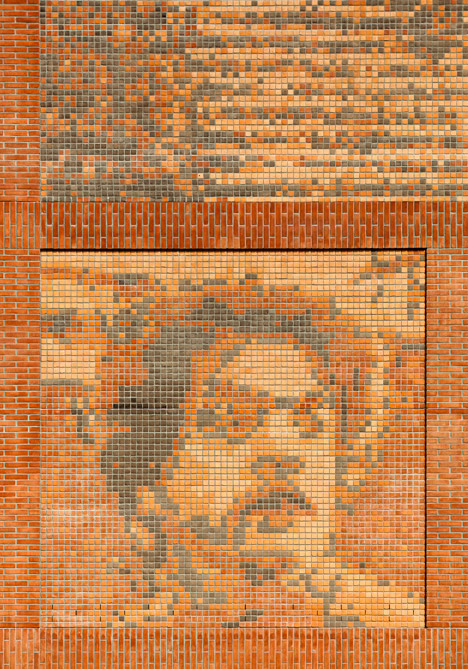 The portraits of anonymous Milanese citizens were selected to signify the city’s ethnically varied population, although the other photos depict significant moments in the city’s latest history, such as the deportation of civilians to concentration camps and the liberation from Nazi fascism.

“The shell of the new developing is understood as a contemporary polyptych: this collection of pictures tries to recommend with fantastic immediacy both the complexity and the excellent unity of Milan’s collective memory,” Baukuh explained. 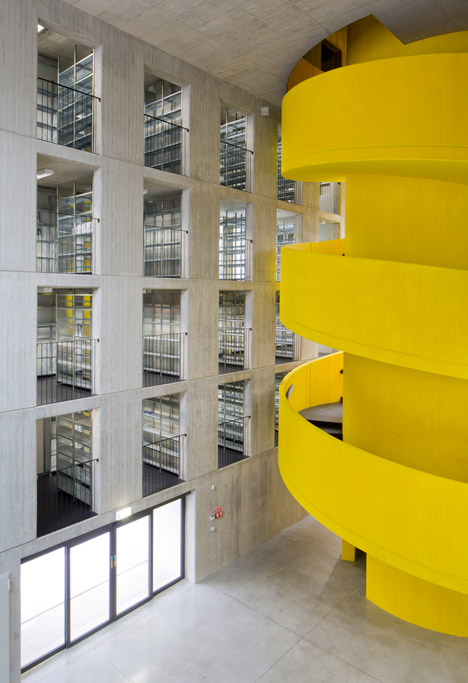 Internally, the building’s straightforward form generates flexible spaces that are adapted to the varying needs of the institutions housed across its upper storeys.

An open ground floor gives a multipurpose room that is subdivided into three components by a pair of octagonal columns. At one end, a total-height space incorporates a bright yellow spiral staircase that ascends to reach the 3 floors of offices. 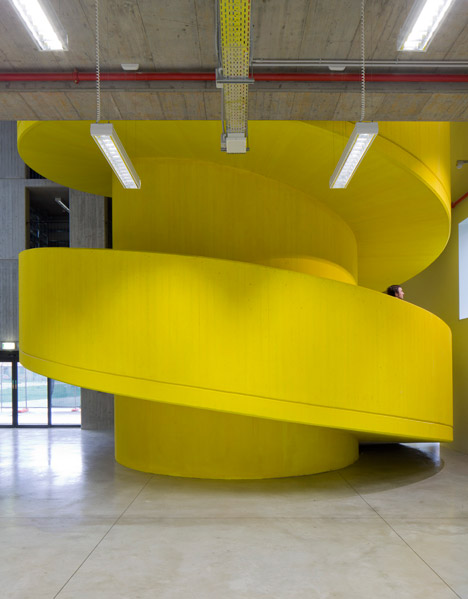 At a single finish of the constructing is the archive, with its rows of shelves visible by way of rectangular openings in a concrete wall that ascends over five storeys.

Restrooms and technical amenities are accommodated in a related narrow area at the opposite end of the creating. 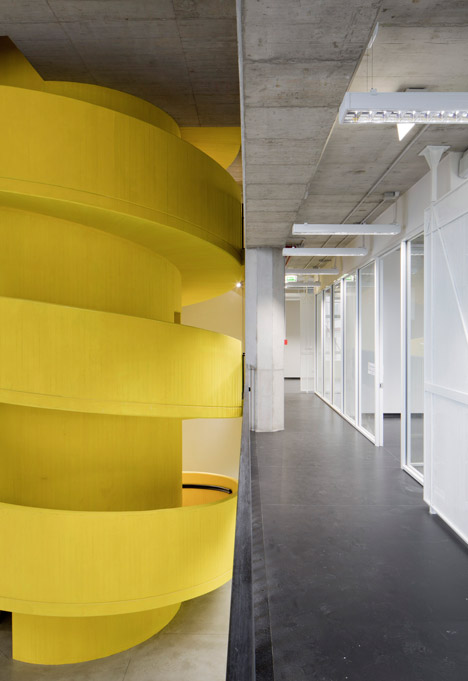 The reinforced concrete staircase connecting the ground floor with the offices above gives intermittent views of the archives to visitors as they adhere to its path. 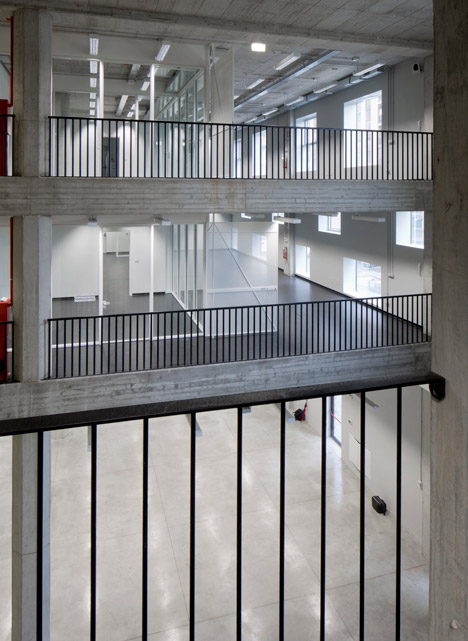 “The yellow staircase is not only the building’s primary distributive element, it is also the device that establishes a relation amongst the guests and the collection,” said the architects.

“Given that the preciousness of the archive does not permit the guests to immediately accessibility the paperwork, the relationship in between the citizens and the assortment is established by means of the rotating motion created by the staircase.” 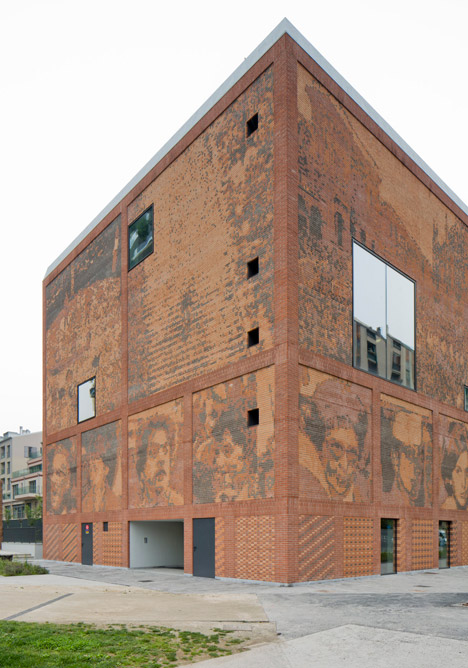 Glass partitions were also incorporated where feasible, allowing daylight that enters via the windows to permeate deep into the constructing.

Photography is by Stefano Graziani.

FiDU Alphabet Is A 3D Typeface Made From Inflated Sheet-metal

Decorating Ideas
Polish design studio Zieta has launched a new typeface that can be produced in 3D with the very same metal inflation technological innovation utilized...