A group of graduates from London’s Bartlett School of Architecture has developed an experimental technique for creating intricate building components by wrapping sticks in stretchy fabric and using them to cast concrete . 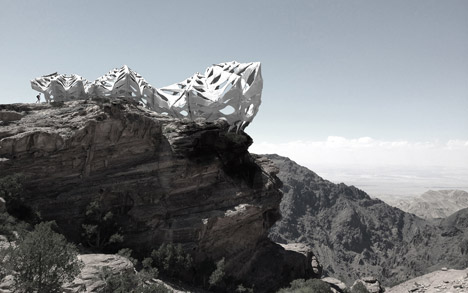 The project titled Augmented Skin was completed by Kazushi Miyamoto, Youngseok Doo and Theodora Maria Moudatsou under the tutorship of Daniel Widrig, Stefan Bassing and Soomeen Hahm, who encouraged the students to explore the notion of “freehand self-production in the age of computational design”. 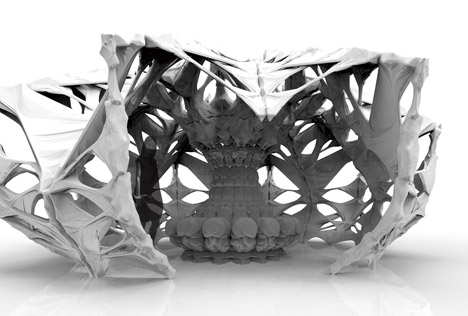 The project team developed a production technique that involves creating frameworks from intersecting wooden sticks, which are then wrapped in a tensile fabric skin to form moulds for casting materials such as concrete. 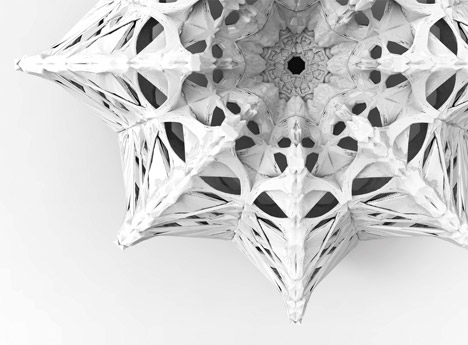 Digital simulation software was used to study the arrangement of the sticks, to optimise the shape and structural strength of the resulting castings. 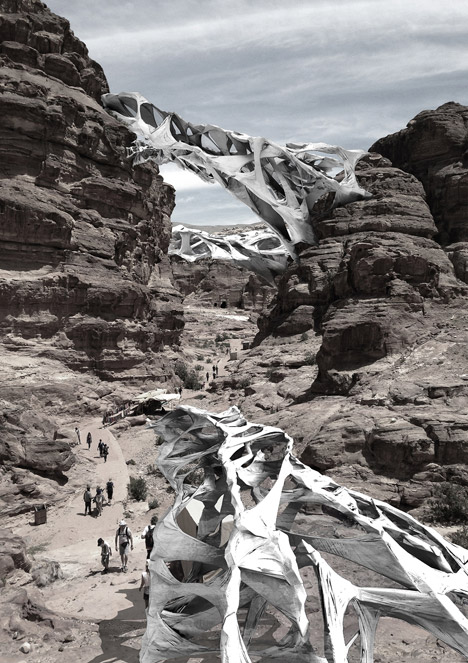 “We believe that combining this low-budget handcrafting technique and digital design process could have a possibility of making a new discovery of inimitable design,” Kazushi Miyamoto told Dezeen. 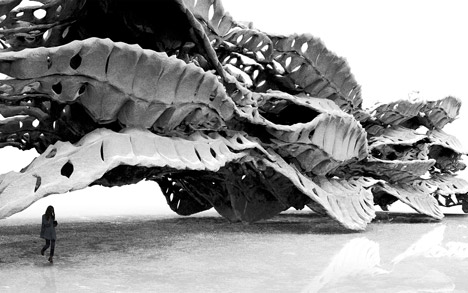 External view of a conceptual structure

Components cast in long strings described as “strands” could be used as beams or columns in architectural applications. These could then also be wrapped in another stretchy “skin” to create surfaces used for roofs or walls. 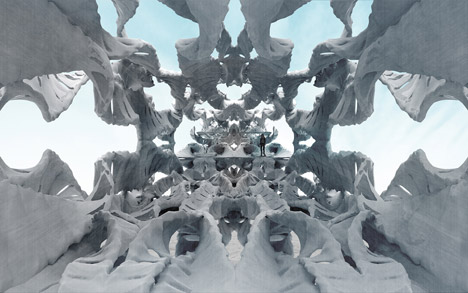 Interior view of a conceptual structure

“The main advantage of the manufacturing process is flexibility of design and the mould,” Miyamoto explained. “The flexible strand component is able to generate seamless and intricate shapes and space. By altering the size and density of internal sticks we can control the flexibility of detail as well.”

Once the sticks have been positioned inside the fabric to form joints, concrete is poured in to create a solid connecting form without the need for a supporting framework. The sticks remain inside the mould, adding a reinforcing internal structure. 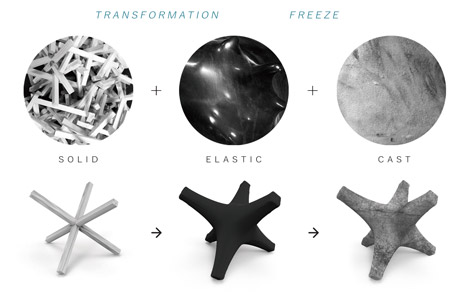 To demonstrate potential applications for the casting process, the team developed several visualisations of the sorts of architectural structures that could be created including pavilions and bridges. 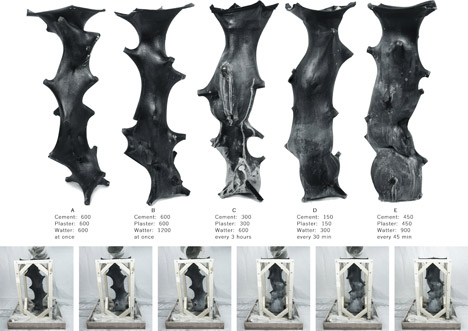 These were presented at the Bartlett’s B-Pro Show 2014 graduation exhibition in September, alongside a chair and an arch constructed using the technique. 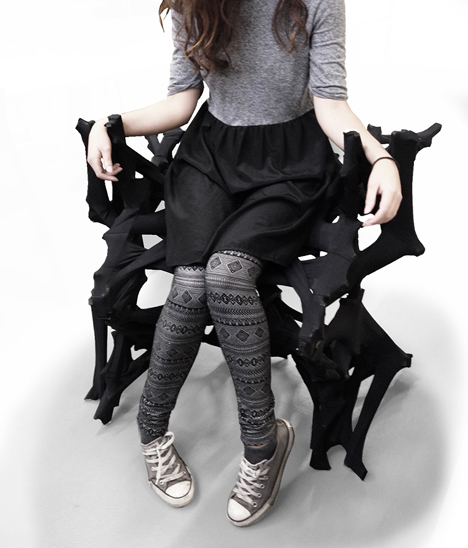 “We confirmed from the material research that this technique is certainly effective up to the scale of pavilions,” said Miyamoto. “I would say that the technique has many design possibilities, especially for furniture. We also believe this process could be developed for use on an architectural scale with further testing of a mock-up and more research.” 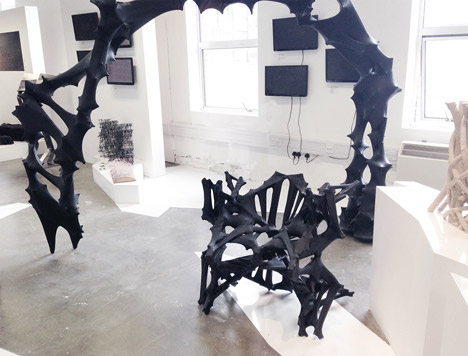 Lateral Office Redesigns The Canadian Campsite For The 21st Century

Balcony Flowers For Sunny Sites – Charming Examples Of The Design