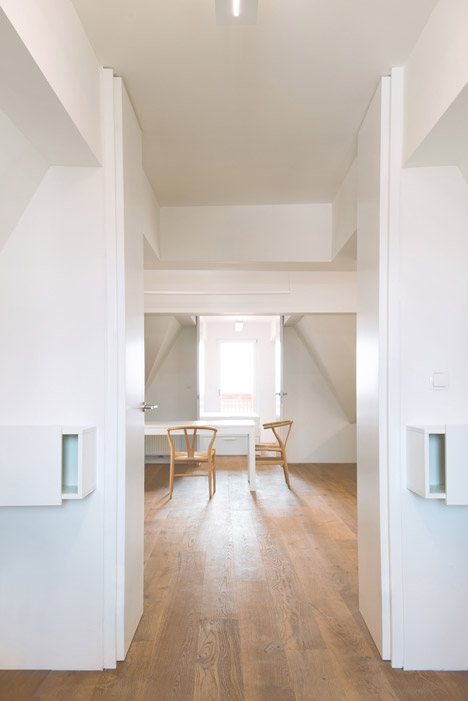 Alpine Apartment is situated within the attic of a house in Bled, a lakeside town in the north west of the country, designed by Architektura d.o.o. as a family holiday home for the client.

The dwelling has irregularly shaped fittings that are accommodated in the pitched attic ceiling, which references the mountainous terrain outside. “The apartment is an attic so its square meters yield less living space,” said the architects, whose minimal footbridge in Ljubljana we featured earlier. 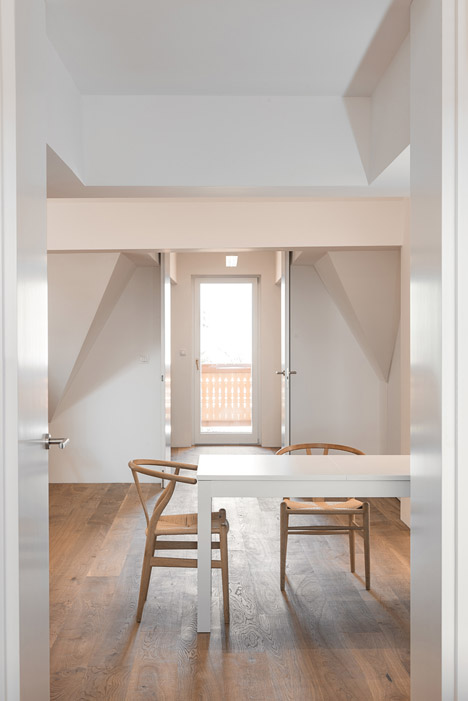 The cross-shaped floor plan has a kitchen and dining room at its centre, and four adjoining rooms – two bedrooms, a living room and an entrance hall that has been split to form a bathroom. 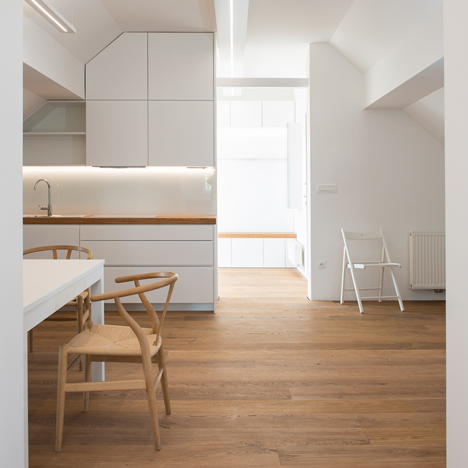 Two bedrooms on either side of the central space are separated by white double doors. While the bedrooms, hallway and living room have windows in their exterior walls, the central area has no natural light source. 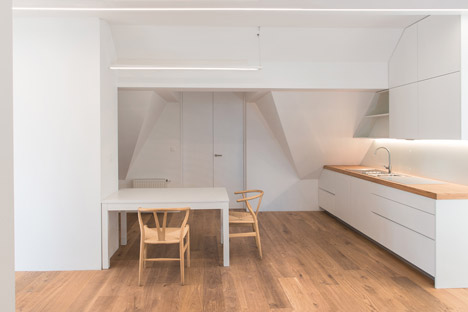 To maximise the limited floor plan and light the central space the living room and entrance hall have no doors. “The open plan configuration solves the problem of lighting the central part of the apartment which lacks windows,” said the architects. 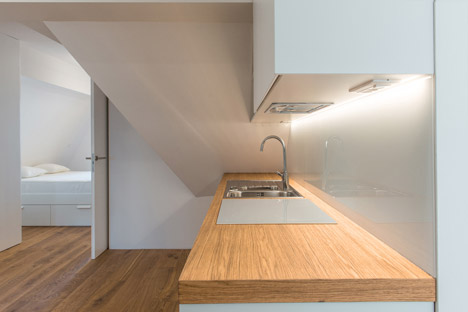 A suspended lighting strip runs through the apartment from entrance to living room. The 12-metre light is constructed in sections so isolated areas can be lit or darkened. Two further lighting panels in the two bedrooms run perpendicular to the central light column, reinforcing the cross shape. 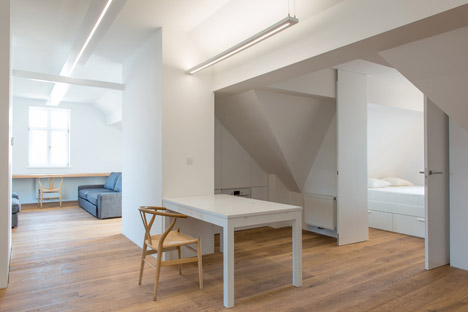 Custom-built furniture has been installed throughout to meet the specific requirements of the irregularly shaped attic ceiling. White kitchen cupboards and shelves have sharply angles and missing corners that accommodate the varying ceiling heights and beams. 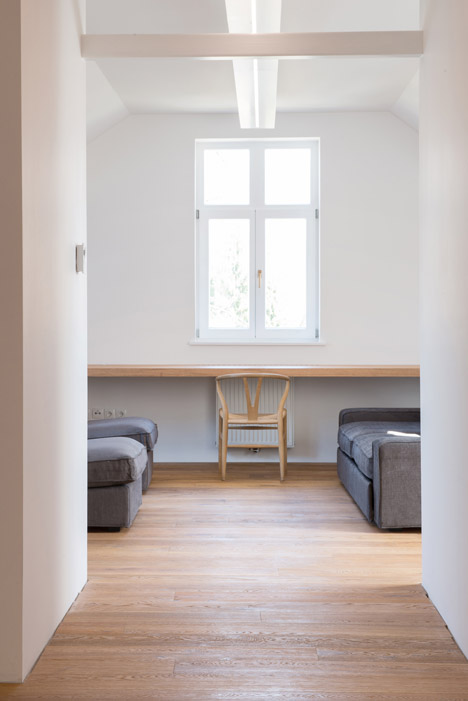 “In this way the niches were all filled with fitted wardrobes and storage spaces, which at the same time visually smooths out the space,” said the architects. The white built-in storage units are intended to create the illusion of greater space and light. 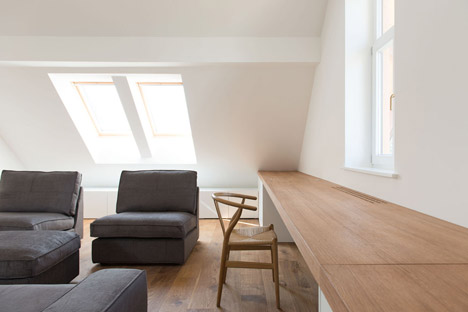 Pale wooden floorboards and oak chairs and countertops are intended to make a connection between the apartment to its location. “The wood gives the interior a slightly Alpine feel, as well as the wooden flooring, which appears slightly rustic,” said the architects. 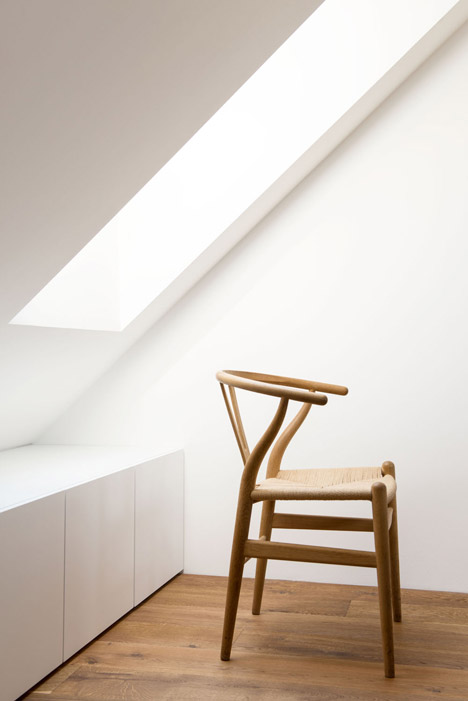 Photography is by Jure Goršič.