Atelier Data has extended a 1980s home in the Algarve, Portugal, with whitewashed concrete structures and fenced-in courtyards . 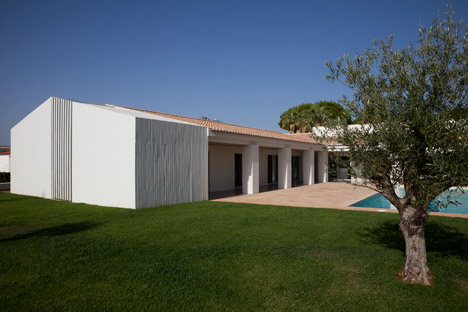 The Portugese studio added volumes to the one-storey building, named Casa Sol, intended to emphasise the shape of the existing building. 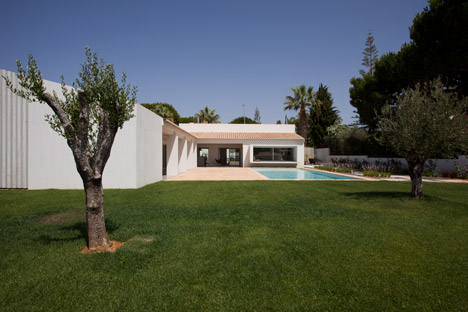 The extensions are connected by wooden railings that form interior courtyards and a solid L-shaped perimeter. 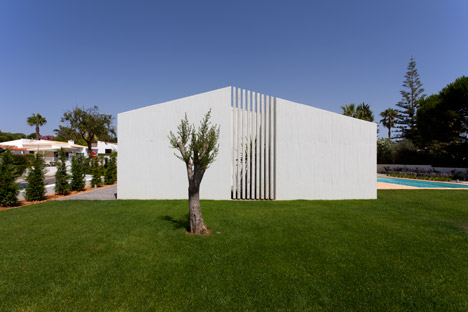 “Volumetrically, the project tries to introduce greater clarity to the constructed object by correcting some alignments and reinforcing the L configuration that the building originally held,” said Atelier Data. 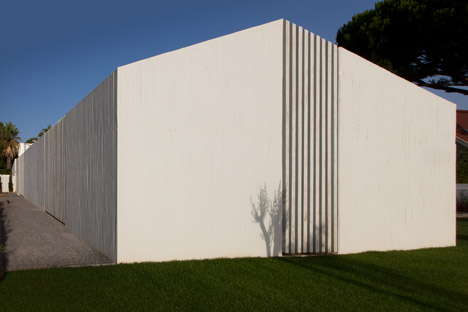 A hallway that runs the length of the building divides the bathrooms, a garage and laundry that border the road, from three bedrooms, a kitchen, dining room and living room that face onto a patio and swimming pool. 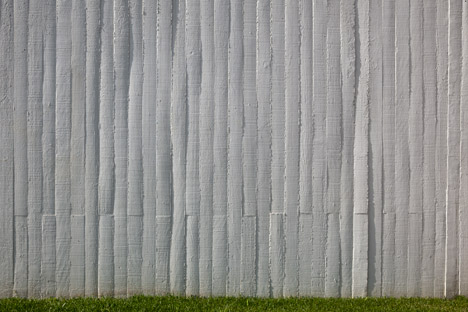 “The Hall operates as a ‘kneecap’ from which the two major areas are distinguished,” said the architects. 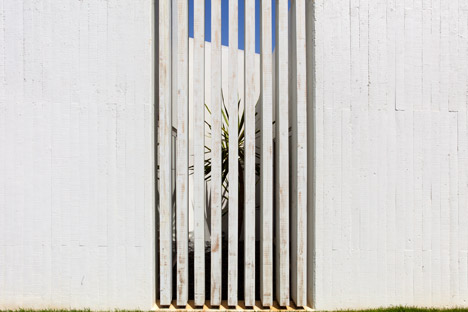 Atelier Data wanted to establish a connection between interior and exterior space with the creation of larger openings in the south and west facades of the building. 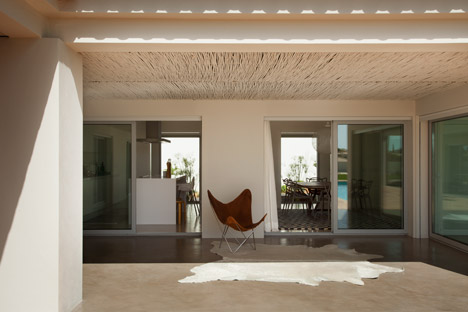 The main living areas, positioned around a patio in the crook of the L-shape, have glass sliding doors that open onto a covered veranda. The terrace follows the interior floor plan and is roofed with terracotta tiles. 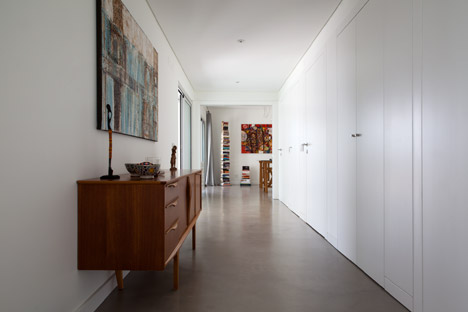 “The patios and porches are responsible for mediating the interior spaces and the exterior of the house,” said the architects. 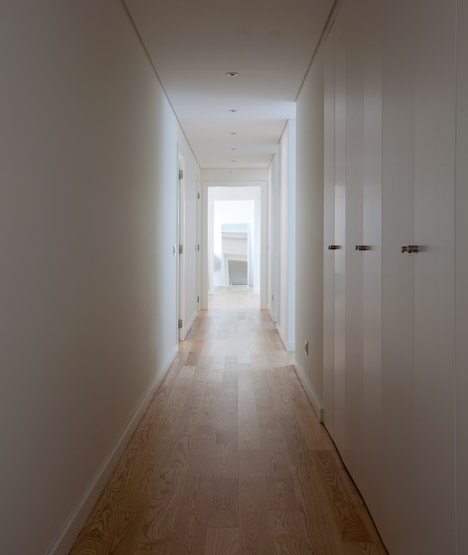 Two volumes attached to the end of the longest side of the building provide a toilet and dressing room for the master bedroom. 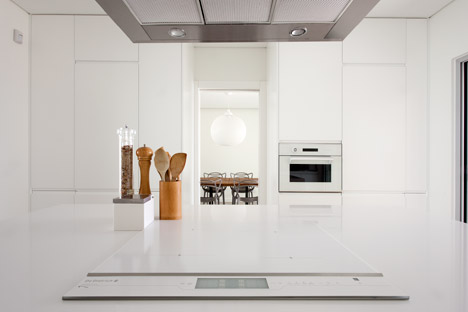 The spaces are bridged by a courtyard partially enclosed by wooden posts. The tops of the posts have been cut at an angle to visually complete the pitched roof. 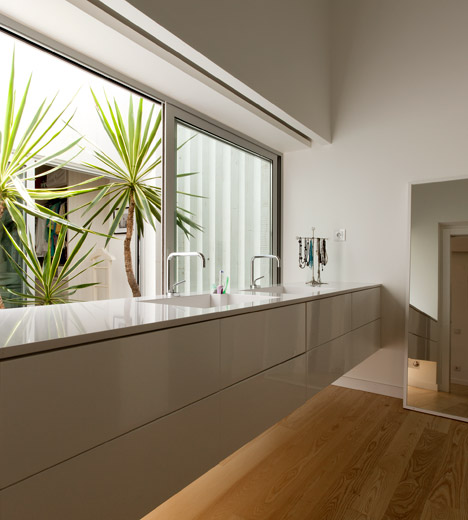 The concrete facades of the building were formed using shutter boards, which left behind imprints of the wooden mould. Slim widths of timber were used, taking into consideration the single-storey scale of the building. 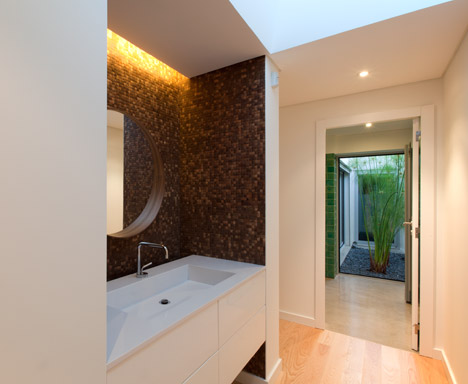 The two time periods of the house are differentiated by the types of material, but unified by the colour palette. 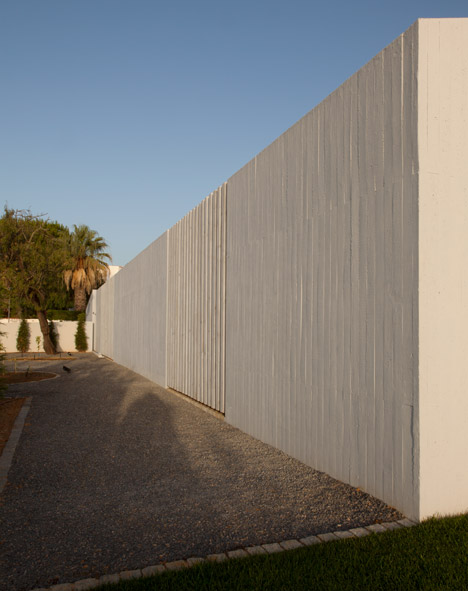 “The painting of the house in an off-white colour acts as an articulating element of the design, unifying the pre-existing structure and new building elements,” said the architects. 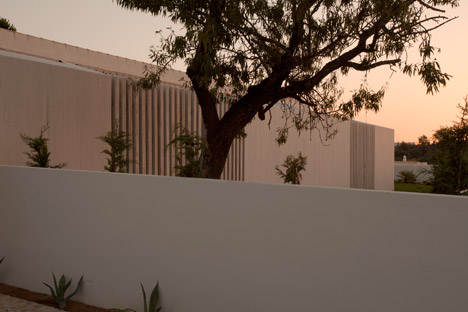 Photography is by Mercês Tomaz Gomes.