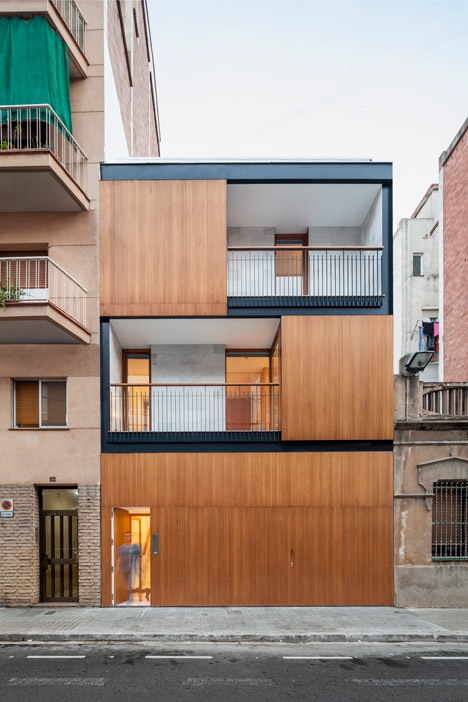 Sandwiched between a high-rise apartment block and a smaller building with an ornamental facade, the four-storey structure mediates between the two contrasting heights. 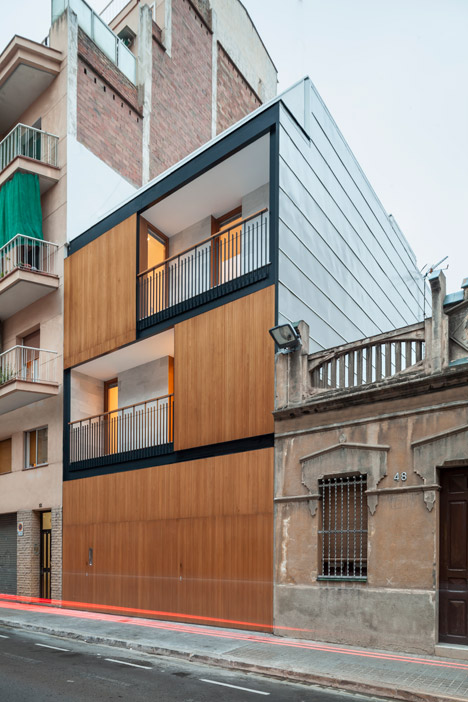 The architects’ aim was to create living spaces separated from the hubbub of the busy street, but to also funnel as much natural light as possible into the cramped site.

They fronted the building’s facade with large sections of wood that can be used to open or close off the interior to the street, while the two staggered balconies on the uppermost floors allow residents to observe people coming and going. 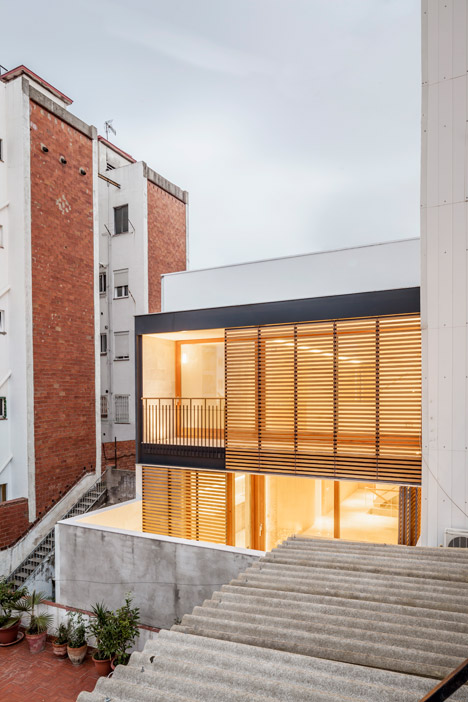 “The outdoor settings aren’t a welcoming zone for a family house,” said the architects, describing the typical street noise. “It gets the maximum of decibels according to regulations.” 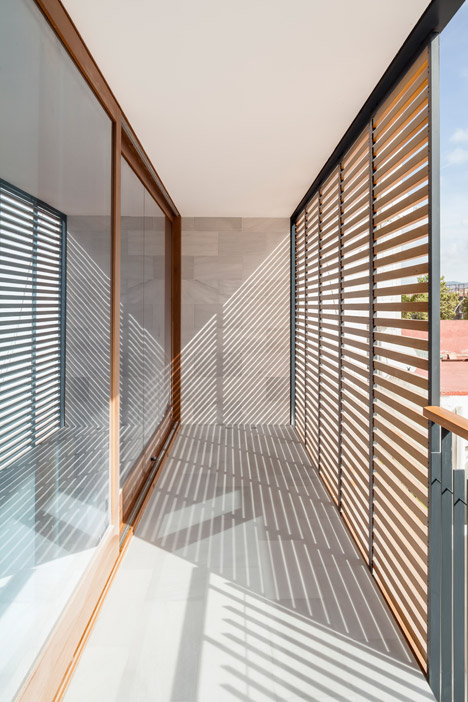 The street-facing facade presents a fortress-like appearance with its high solid walls, while the more secluded rear elevation features a series of terraces, slotted between large panels of glazing and slatted timber shutters. 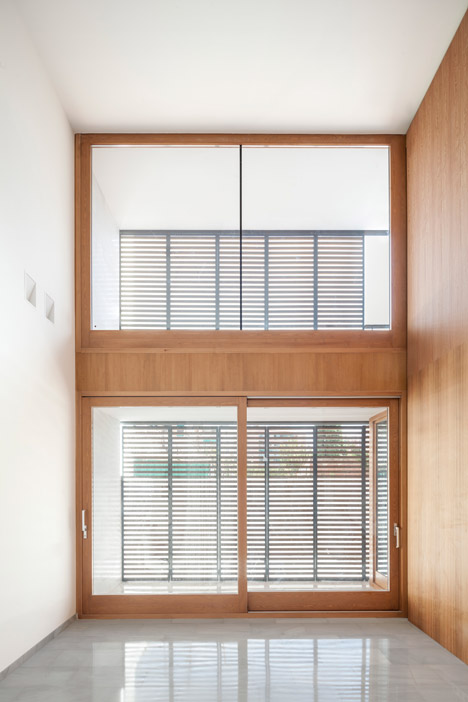 “While the main facade was thought to give privacy and protect from the daily noise, the back one was designed to have as much light as possible,” said the team. 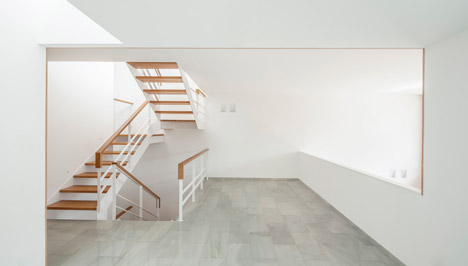 This arrangement led to the creation of two separate zones within the building, divided by a staircase that rises through a central atrium.

Living and entertaining spaces are oriented towards the back of the house, while the bedrooms sit behind the street-facing facade. 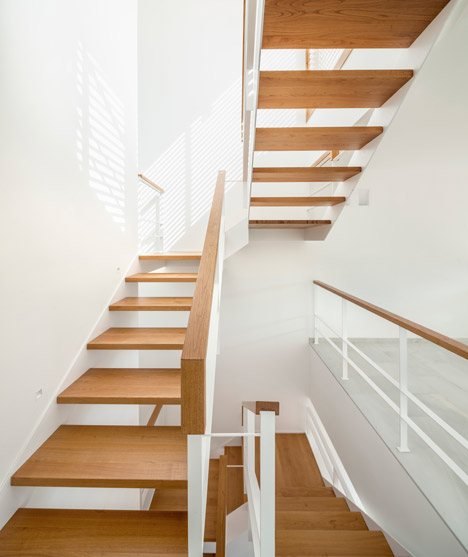 The stairs have slim white railings and timber treads that match the wooden elements of the facade. Portions of the white-painted atrium are faced in this same timber to homogenise interior fittings.

Integrated lighting around the edges of the panelling gives the walls a peripheral glow. 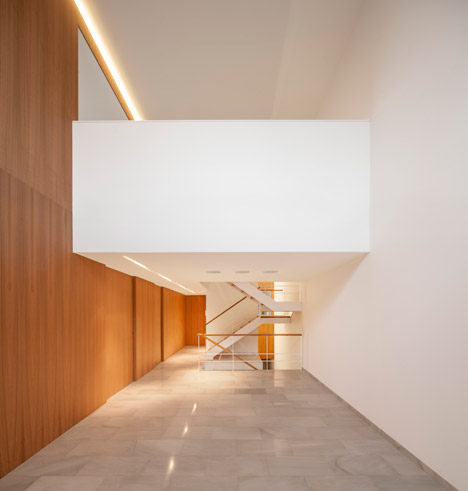 “The most dominant architectural feature is the access of natural light inside the different spaces and rooms,” said the architects.

“This is due to a system of folding shutter blinds, that protect from the extra solar radiation, and a succession of vertical spaces and skylights.” 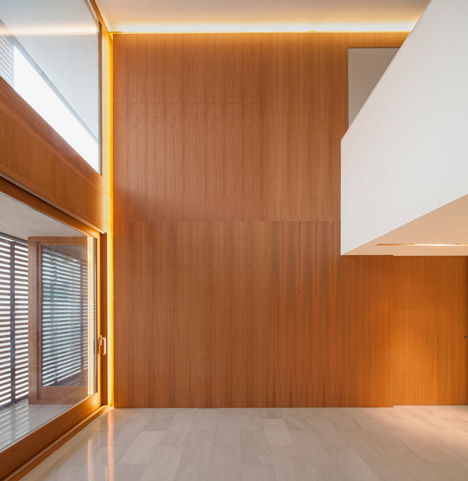 Surrounded by white balustrades, the landings function as indoor balconies that overlook the glass-fronted living spaces below. 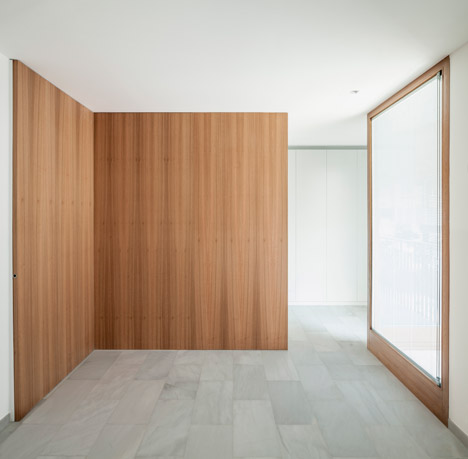 The ground level rises towards the back of the house, where a low concrete wall surrounds a patio adjoining the galley kitchen and dining room. 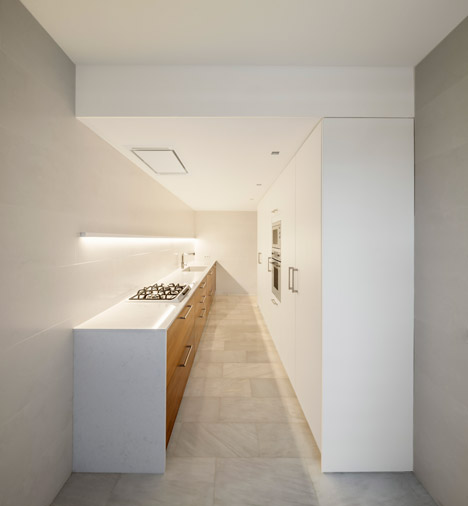 In the wetroom, an arrangement of multi-tonal blue tiles are incorporated to inject colour into the otherwise monochrome white space. 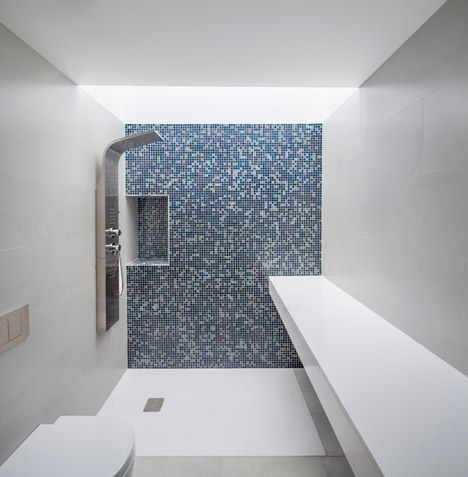