Helsinki-primarily based Studio Puisto used hanging basket seats, strips of timber and potted plants for the interior of this 20-space hotel in Tampere, Finland . 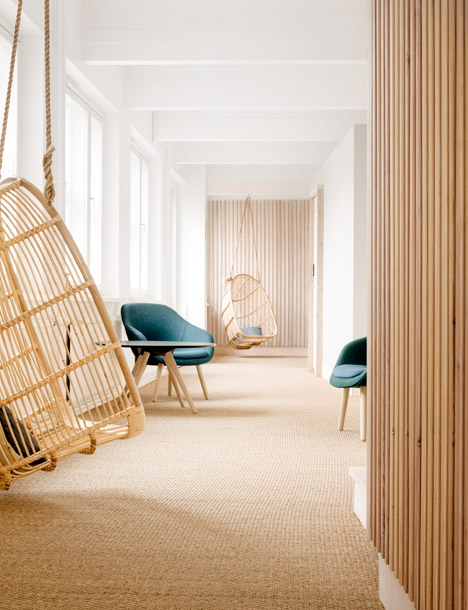 Situated inside a converted industrial building, the Dream Hotel was made by Studio Puisto to accompany the pre-existing Dream Hostel in the very same developing, offering an additional 20 boutique suites with en suite bathrooms. 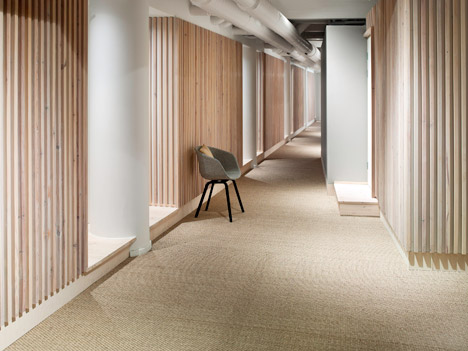 The architects created the rooms to be relatively basic to keep fees low, focusing on making private sleeping space. Seating is supplied in the hallways, which are designed to act as communal living spaces. This arrangement was also intended to integrate some of the concepts of shared space from the hostel into the hotel.

“Rather than fulfilling the traditional hotel standards, it tries to provide everything that a guest actually demands for a excellent nights sleep,” they stated. 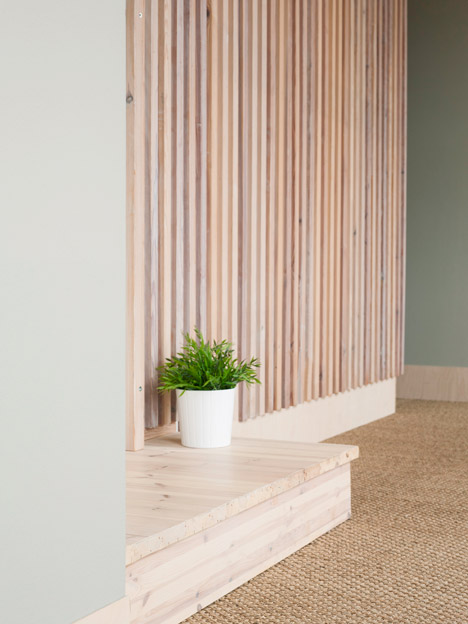 Half of the rooms – those with double beds – have street-facing windows, even though the twin rooms, positioned off-grid in the middle of the complex, have clerestory windows that bring in light from the corridors. 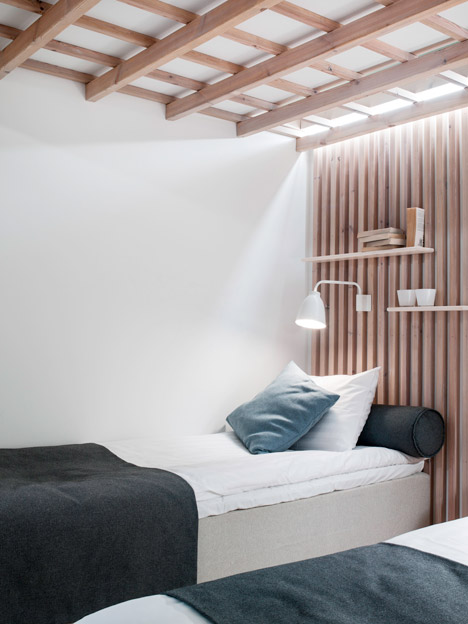 “The open character of the industrial building is strengthened by putting the rooms as separate units in the open space,” said the architects, “hence generating a feeling of getting in a public park in in between person volumes.” 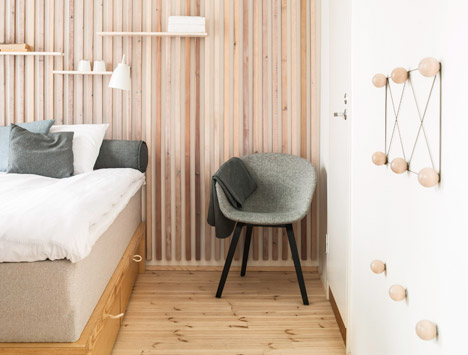 Wooden cocoon chairs are suspended from the ceiling on lengths of rough-fibred rope in the corridor that runs outside the bedrooms.

Soft furnishings with turquoise and evergreen coloured textiles contrast with the neutral tones of the space, which has a course-textured beige carpet. 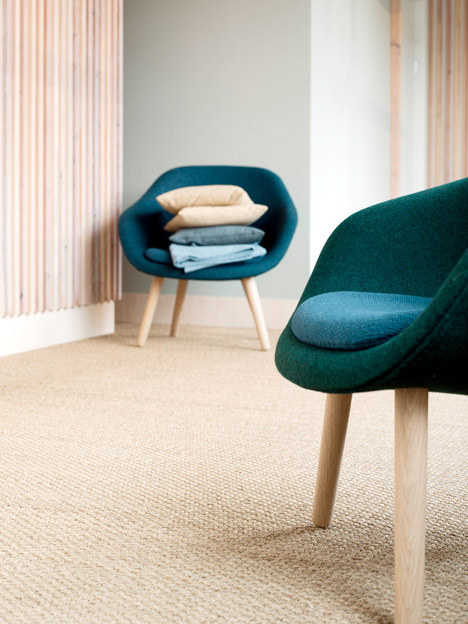 Slim strips of multi-tonal timber line the white and grey walls to mark the bedroom entrances, and are employed inside to stripe the walls behind the beds. Timbers criss-cross the white painted ceilings to give a coffered look. 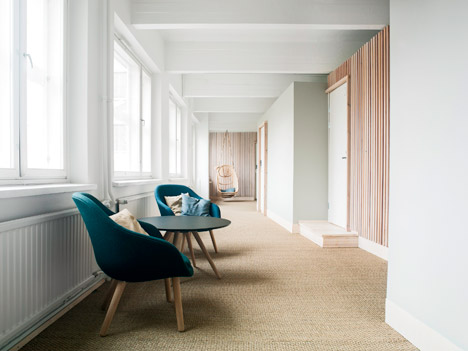 “To generate a peaceful warm atmosphere and at the very same time use supplies responsibly, there is an substantial use of natural supplies,” mentioned the group. 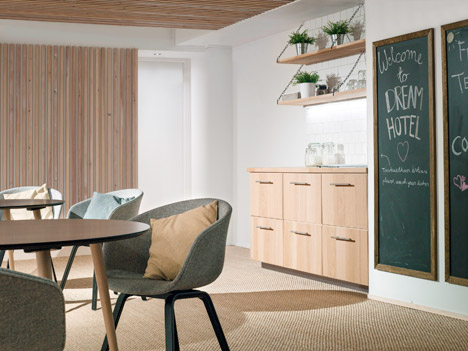 A meeting area is situated on one side of the floor strategy, and there is a communal kitchen that is also accessible to hostel guests. The hotel owners hope these attributes will add value more than a standard hotel expertise. 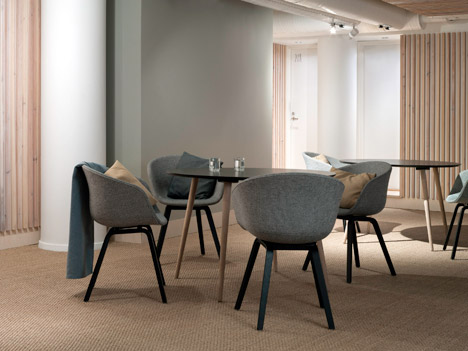 The Dream Hotel was recently selected by British tabloid the Daily Mail as one particular of the top ten “poshtels” in Europe.

Photography is by Patrik Rastenberger.