Chilean studio DX Arquitectos has added a timber-framed roof extension to the home of a yoga instructor in Santiago, supplying a studio where she can educate classes (+ slideshow). 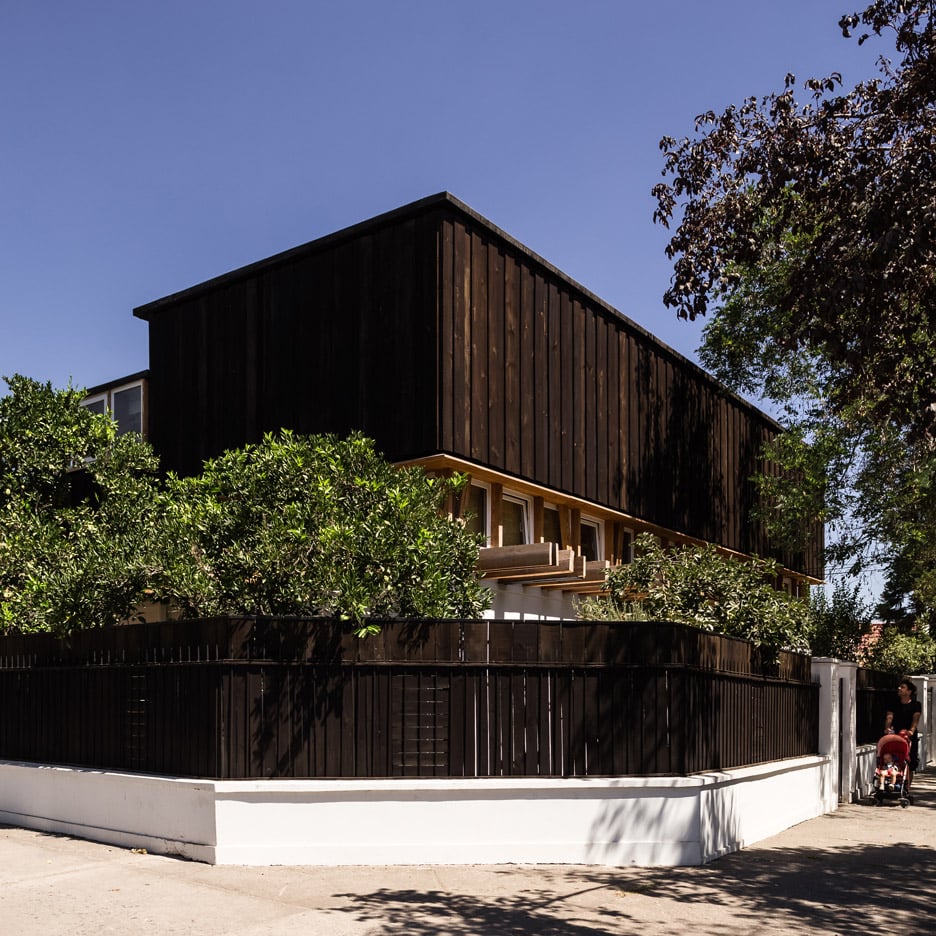 Santiago-based DX Arquitectos created the studio for the director of Ashtanga Yoga Chile – the oldest college in the nation specialising in this technique of yoga. “She wanted a studio that would let her to integrate and at the very same time separate her property lifestyle from her perform daily life,” architect Germán Rodríguez advised Dezeen.

“It required to satisfy all the circumstances for the comfortable practice of yoga – very good ventilation, good acoustic and thermal insulation, and a spiritual environment.” 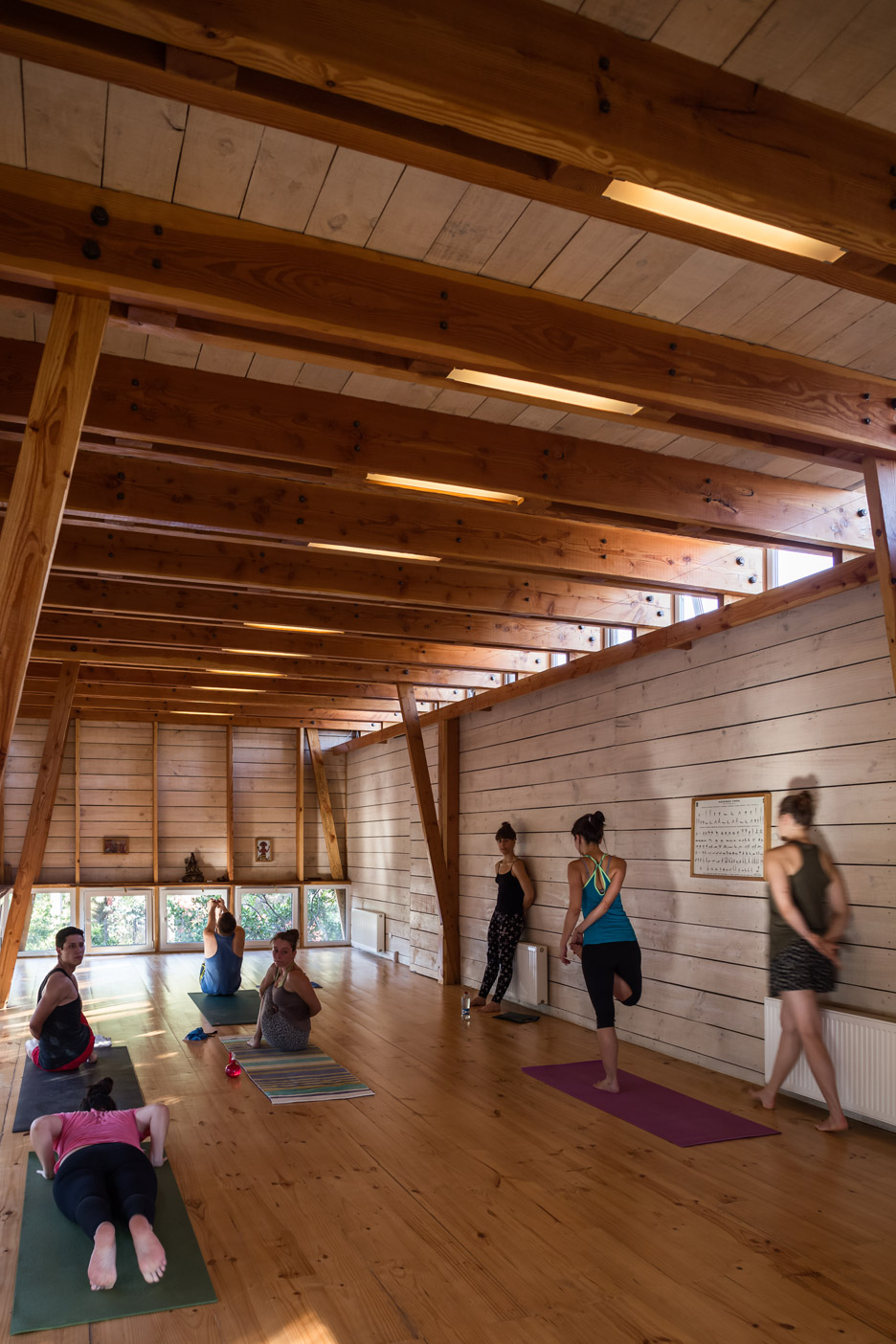 The architects constructed the studio entirely with timber, using pine for the exterior and interior surfaces.

Outdoors, the pine is finished with carbonileo – a protective finish generally used in Chile that offers the extension its blackened physical appearance. Within, the pine is left raw for the flooring and whitened for the walls to accentuate its grain. 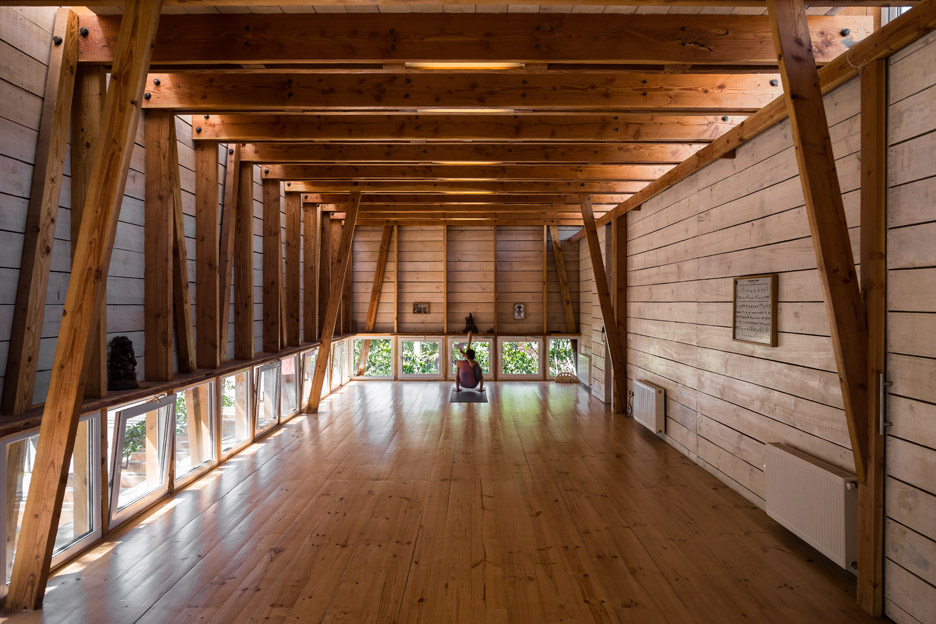 “The idea was to develop a contrast of light and dark in between the interior and exterior,” said Rodríguez.

“We also chose wood since it is appropriate for absorbing the moisture produced during the practice of yoga, and it contributes to the calm ambiance of the studio,” he added. 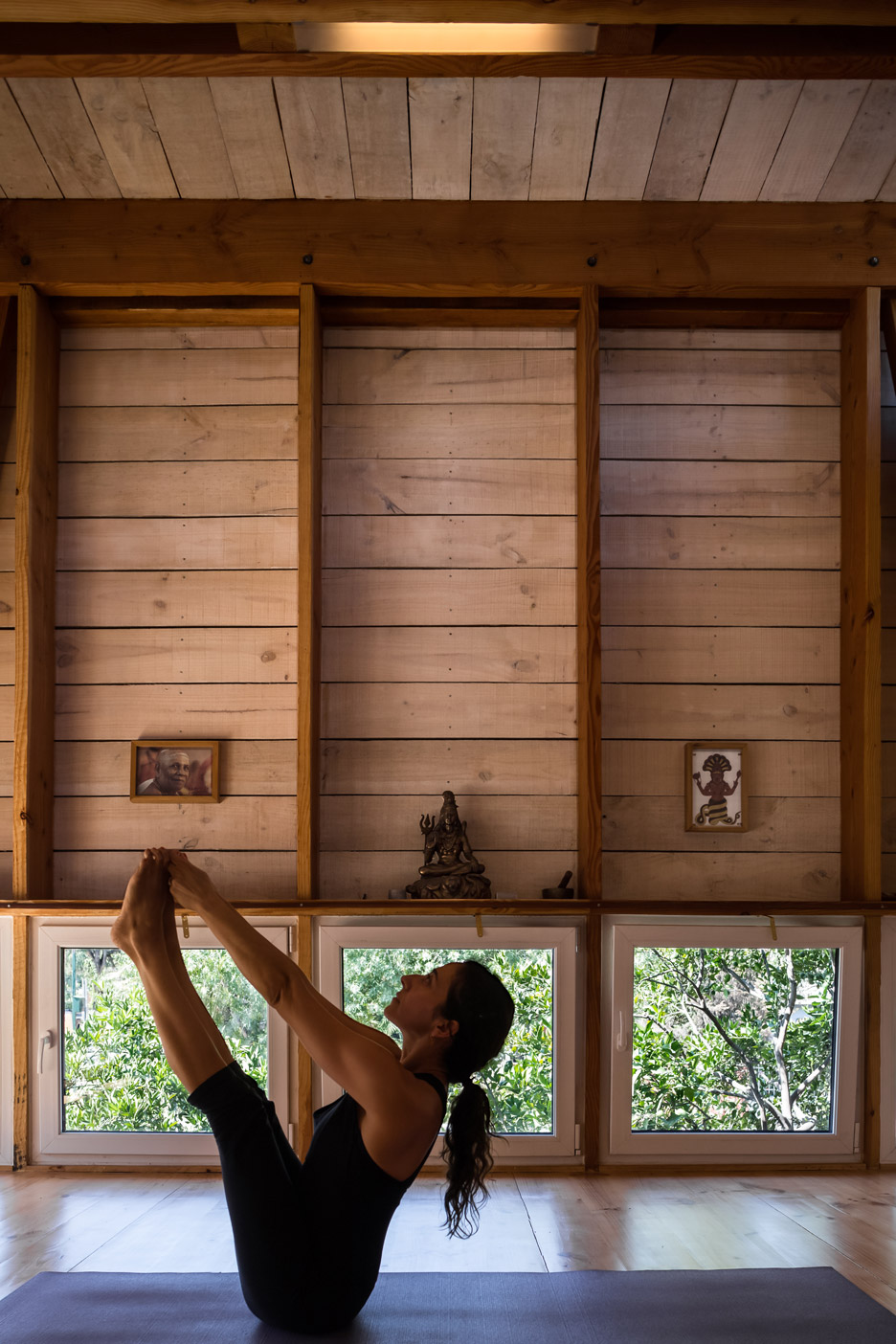 The 120-square-metre space also has an entrance hall with separate bathrooms and changing rooms on either side, and is accessed by stairs at the back of the property.

The timber frame is left exposed, supplying ledges to display images and other objects. 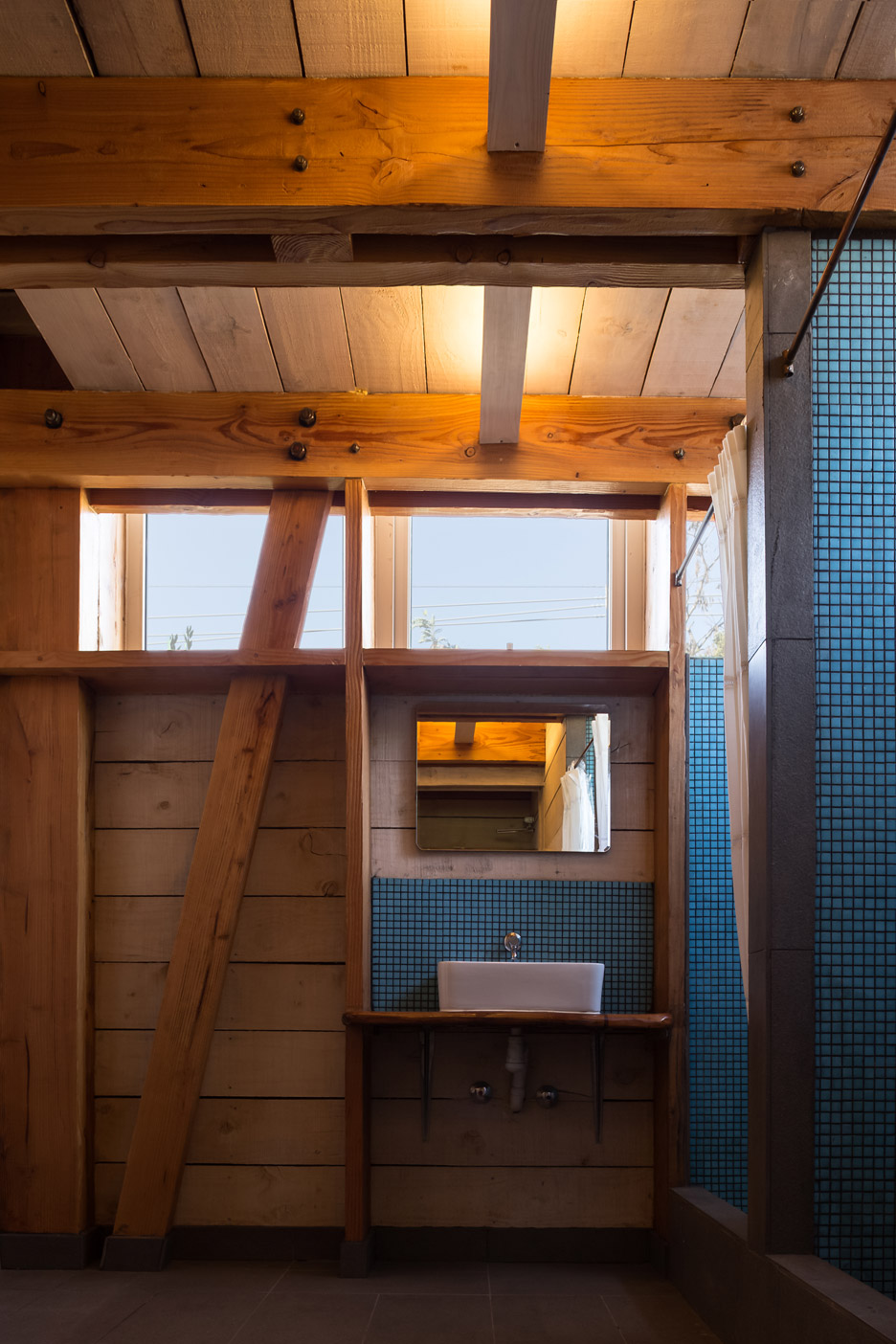 “We desired the express the building’s materials and its building approach,” said Rodríguez. “The exposed framework also relates to the structure of the human entire body, and an understanding of yoga as the practice of ‘body art’.” The team positioned windows around the studio at higher and lower levels to avoid direct sunlight and allow for natural cross ventilation.

These contain a row of clerestory windows set back from the east-dealing with rear wall, and rows of windows on the other three walls that skirt the floor, delivering eye-level views of surrounding treetops. 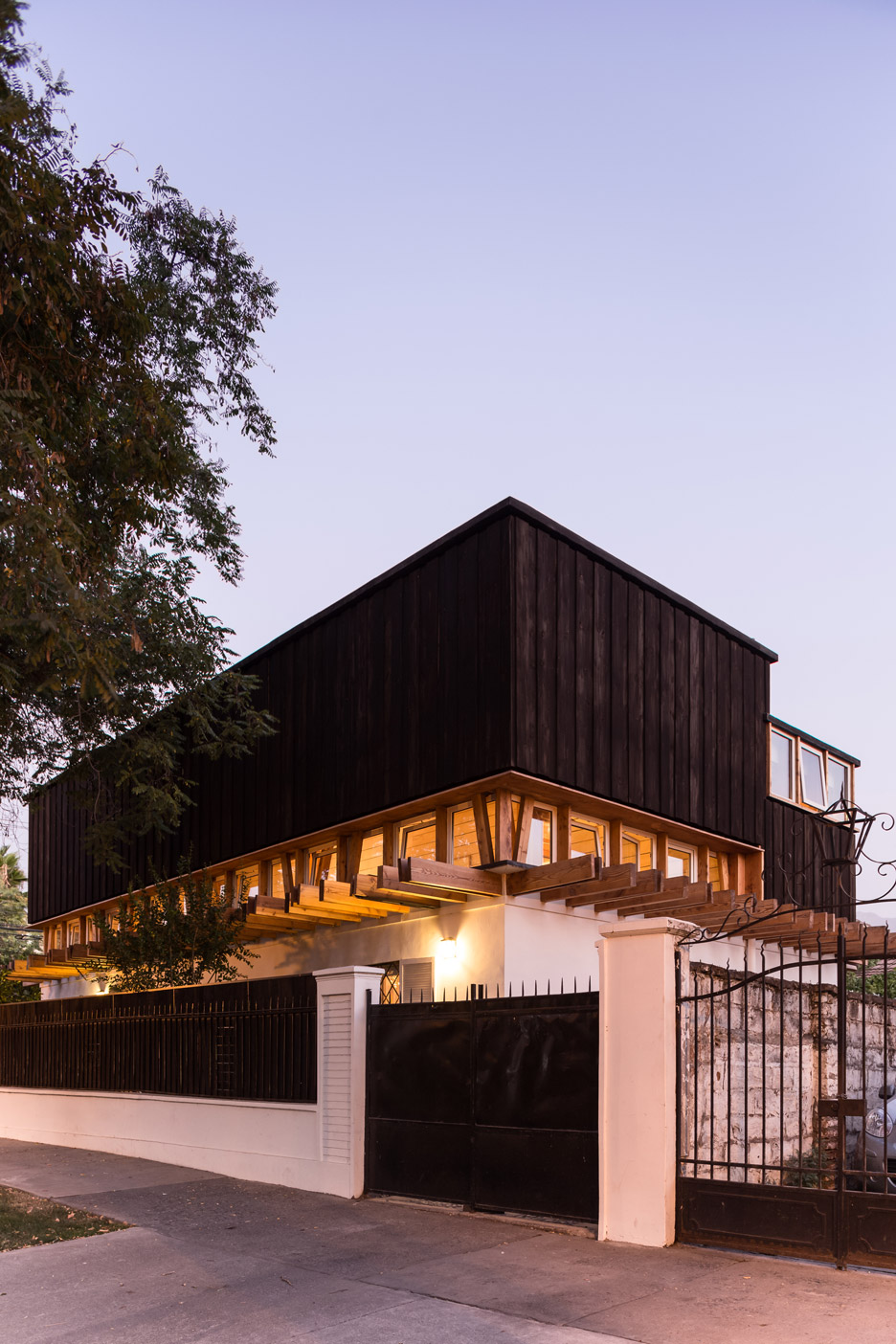 “The idea was to produce a line of light that separates the studio from the home, so it virtually appears to be suspended,” explained Rodríguez.

“By limiting views outside, we also wanted to develop a far more spiritual space that looks inward and is separated from its environment, equivalent to a temple.” Other latest examples of contemplative spaces incorporate a New York yoga studio with curved walls created to blur the boundaries of the area and a timber garden area for meditation in Hampshire, England.

Photography is by Pablo Blanco.