Architects Anna and Eugeni Bach have suspended a desk from the ceiling of this renovated Barcelona apartment so residents can use its mezzanine level as a study (+ slideshow). The local architects reconfigured the early 20th-century property in the city’s Gran Via district to make room for a new living, dining and kitchen space. Prior to the refurbishment, the apartment featured multiple small rooms each broken up by a series of narrow corridors.

The architects removed dividing walls between the kitchen, dining and living room to create an open-plan space illuminated by natural light.

“The new configuration was conditioned by the clients’ wish to keep the two rooms at the facade as bedrooms, whilst a new living room, dining, kitchen and a study space would be organised in the rest of the house,” said the architects. 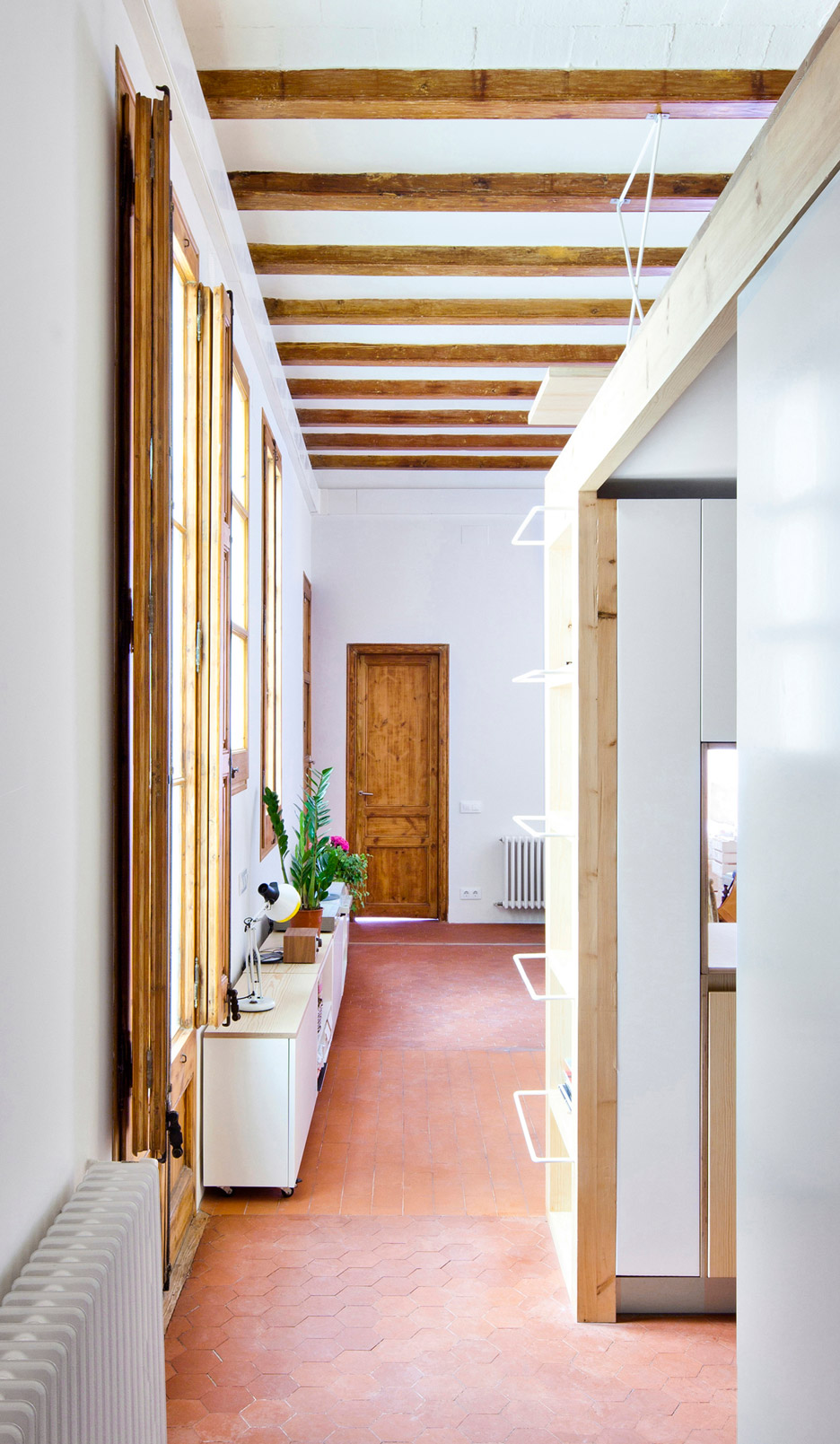 Walls are painted white in the main living area, and terracotta-coloured tiles in rectangular and hexagonal shapes cover the floor. A kitchen towards the back of the property is housed within a white-painted wooden volume. Inside, a foldable table can be stowed away against the wall to allow for room while cooking. 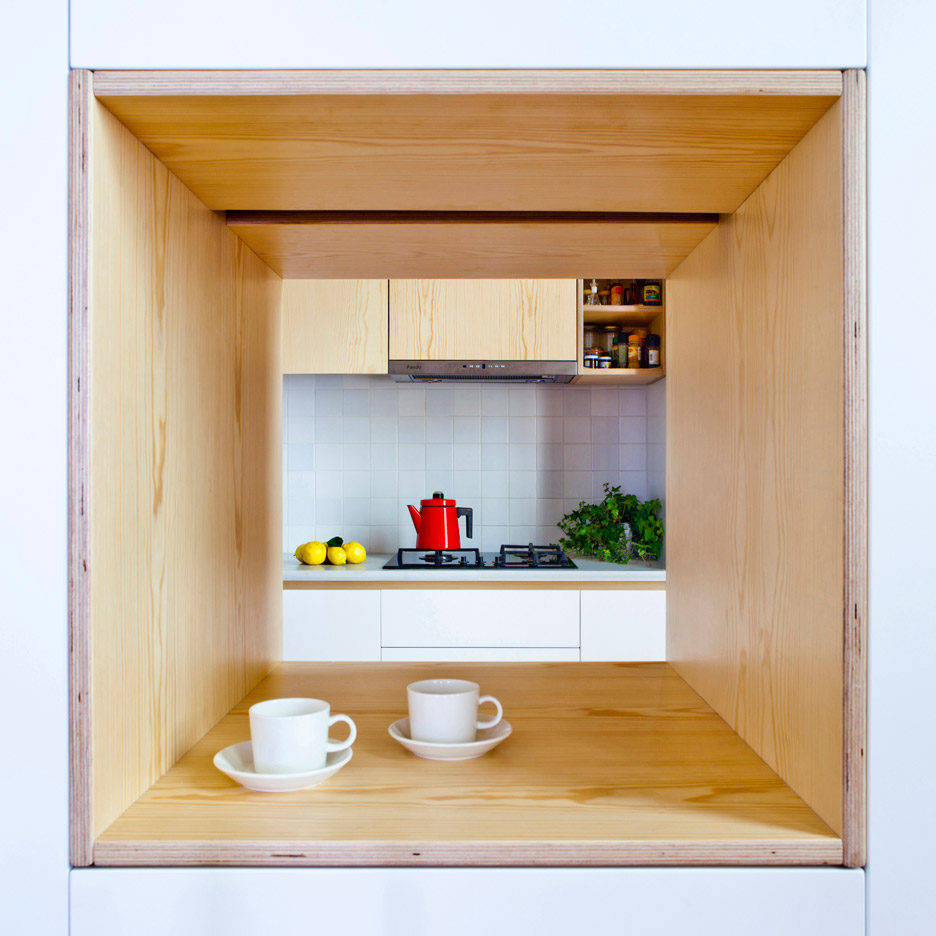 An hatch-like opening in the wall provides a view of the kitchen from the living room, while a set of white metal rungs allows access to the roof of the additional volume.

Here, residents can sit at a wooden desk that hangs from metal wires attached to the exposed ceiling beams. This allows the floor space below to remain open and usable. 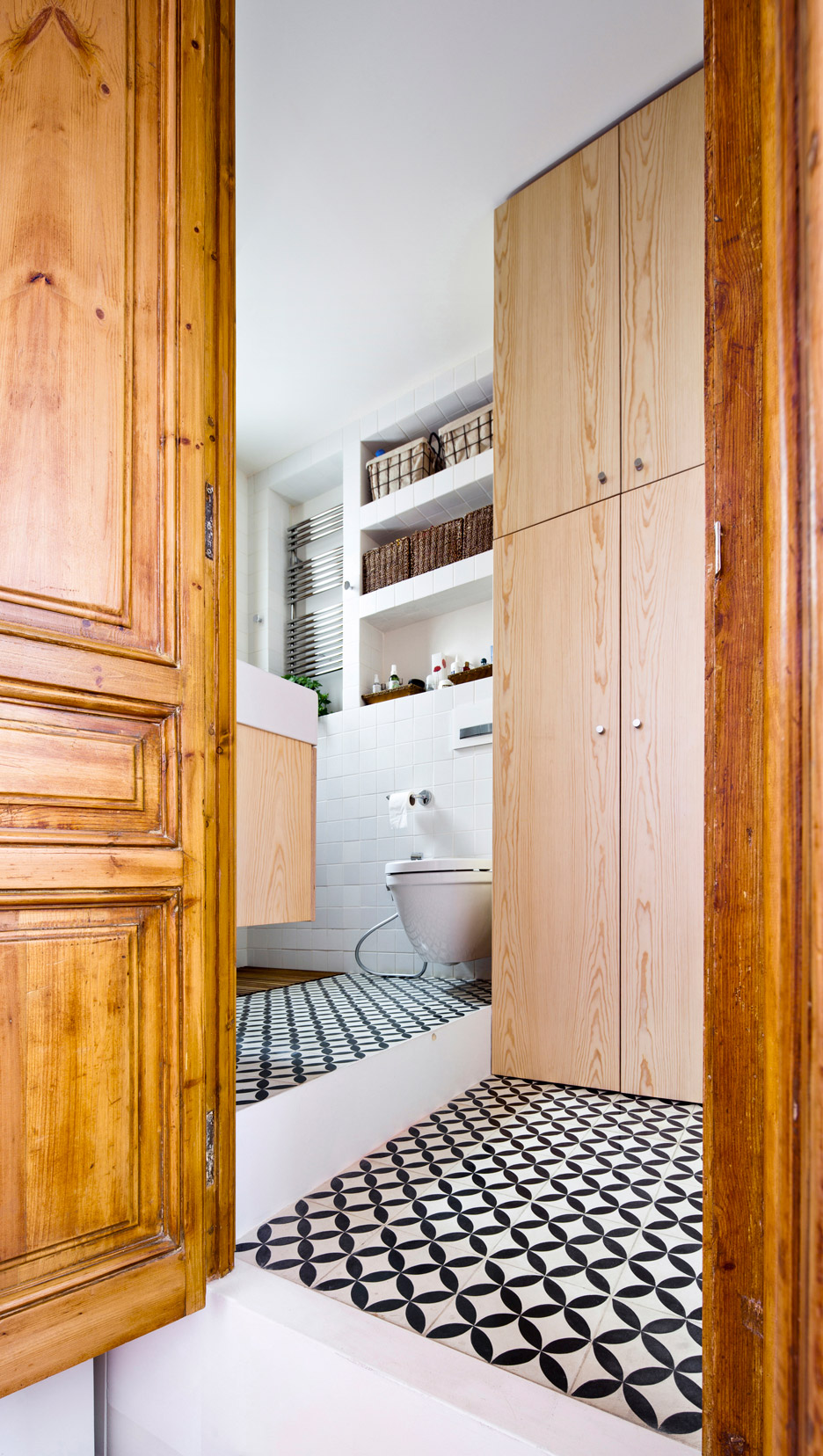 “It is common for old flats in Barcelona’s Eixample district to have high ceilings, but not that common when the flats are small, like this one,” Eugeni Bach told Dezeen. “Therefore, as we did not have surface, we wanted to take all the advantage of the volume. “From this came the idea of turning the kitchen into furniture and being able to climb up to have a useable space on top,” he continued. “The solution we adopted retains the two bedrooms and creates an open space, which accommodates all the functions.”

Inside the master bathroom, an elevated bathroom floor permits storage space underneath. The bathtub is concealed under the shower by a removable wooden slatted floor. 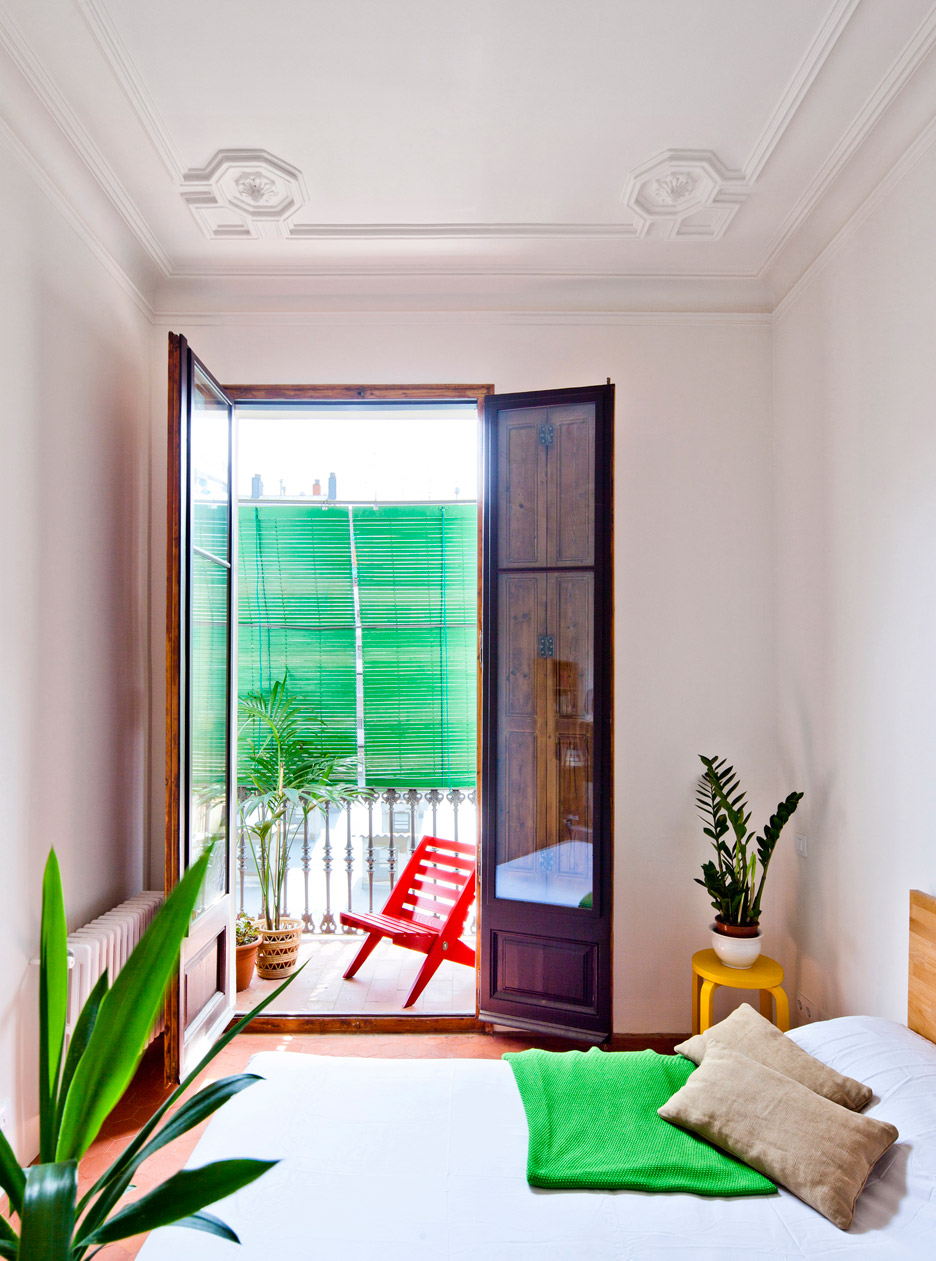 Anna and Eugeni Bach founded their studio in 1999. Previously, the Barcelona-based architects added a skeletal framework extension to the gable end of an stone house in rural Spain. They pair – who previously went by Bach Arquitectes – also used tiles salvaged from different apartments to decorate the floor of a residence.

Photography is by Eugeni Bach.