In this tiny flat the designer team had to envisage all possible and impossible details. The clients are young spouses, who wanted their apartment to be minimalistic, light and airy. Besides, the list of their wishes included an isolated sleeping place (not a folding sofa), a full-fledged work area, as many storage zones as possible and any finishes for the bathroom walls except for ceramic tiles. All the efforts of the team resulted into a trendy modern space with a well-thought-out kitchen, lounge, bedroom, study and a balcony; and all this within the total area of just 40 sq. m. 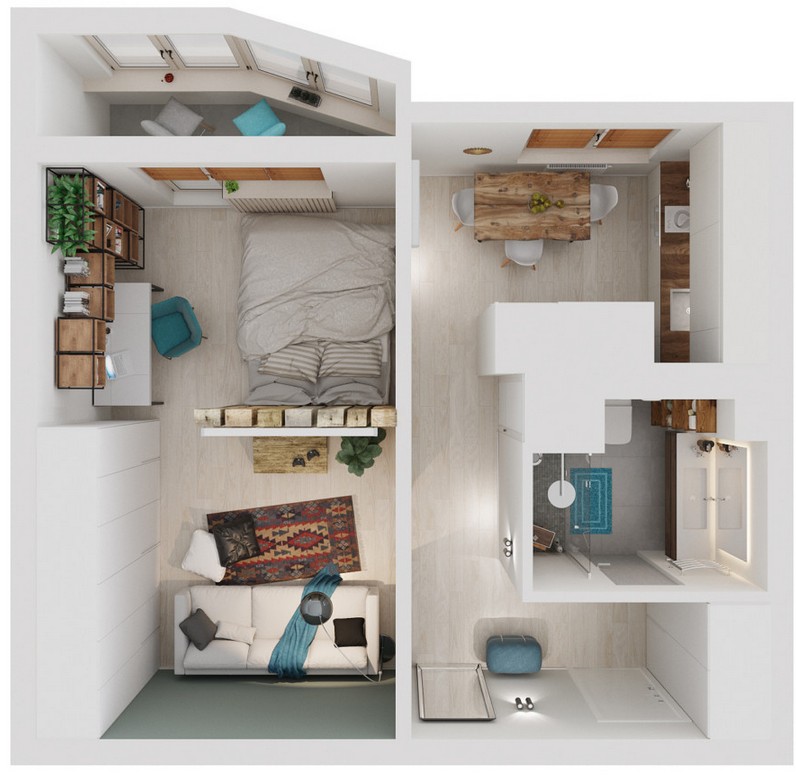 The hosts’ wish to make most use of each square centimeter required a few layout alterations. In particular, the corridor was narrowed in favor of the bathroom, and the bathroom entrance was shifted to the hallway. Such a decision allowed for arranging a small utility room with a separate entrance, where the hosts put their washing machine and keep domestic chemicals and appliances. 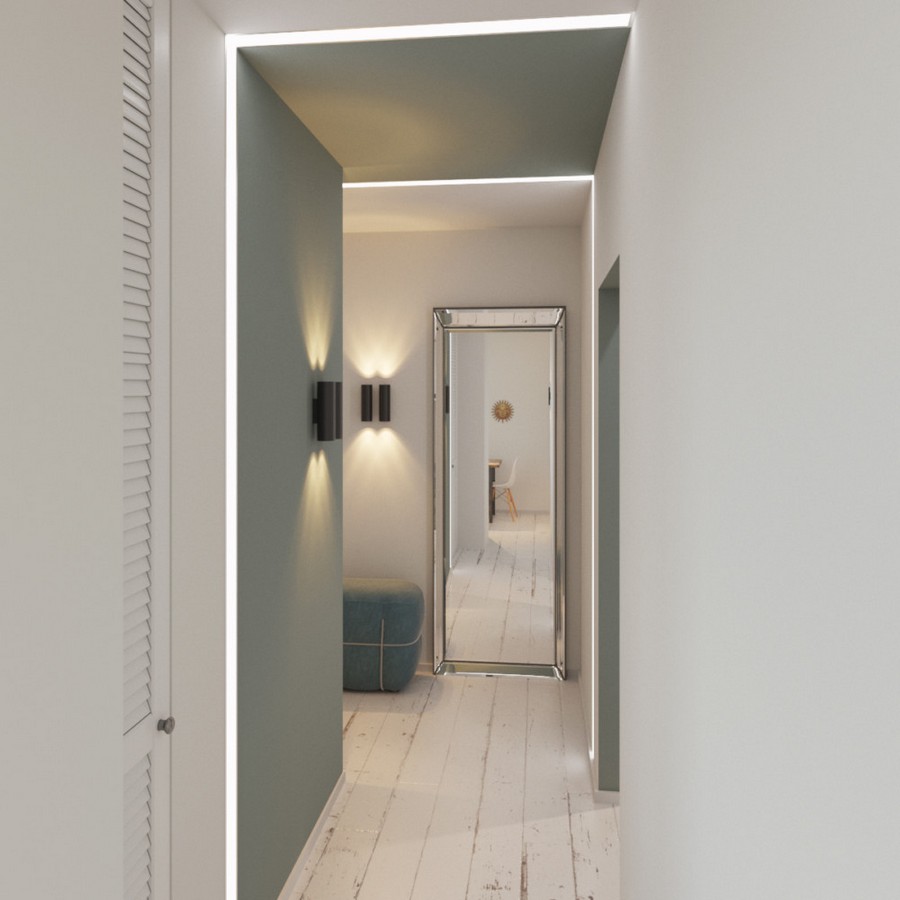 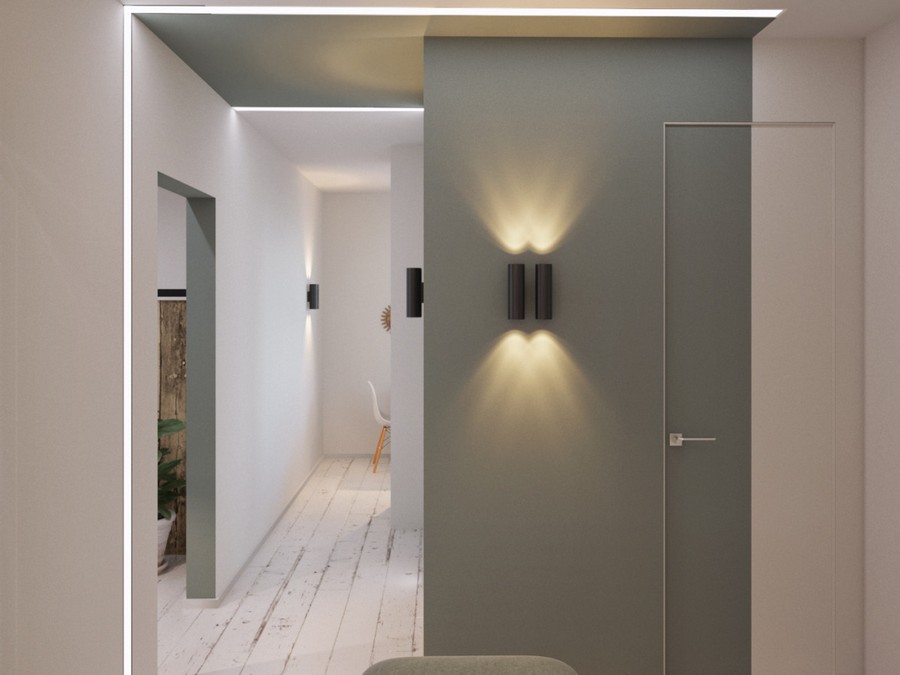 After this the bathroom got a more rectangular form and was able to house a full-fledged walk-in shower, a big backlit mirror and a wash basin with a roomy vanity unit. The invisible painted plumbing access panel was concealed by several open racks, two of which are removable. With the no-wall-tiles desire of the spouses in mind, the designers finished the walls with micro concrete. 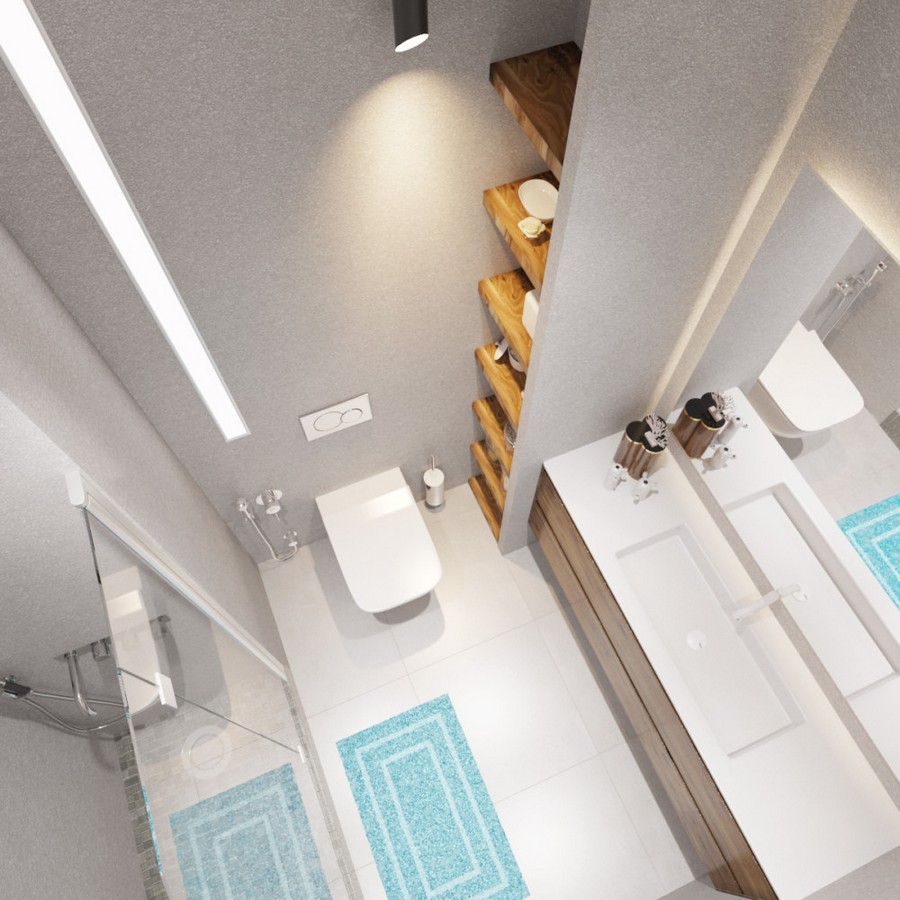 The kitchen was furnished with a corner set. To escape any gaps that would split the tight area and make it appear even tinier, an air channel was built-on and a refrigerator with top-mounted cabinets was arranged by its side. This way the kitchen set preserved its holistic look, and the designers got enough room for creating a dining area. And the air channel was coated with magnetic chalkboard paint giving a nice spot for surprising, romantic and useful notes. 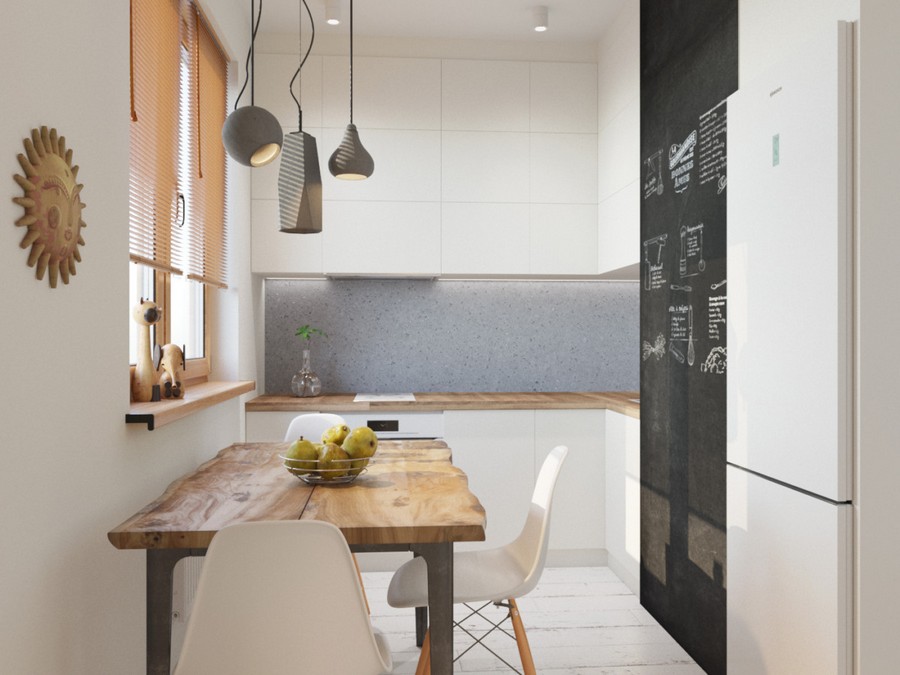 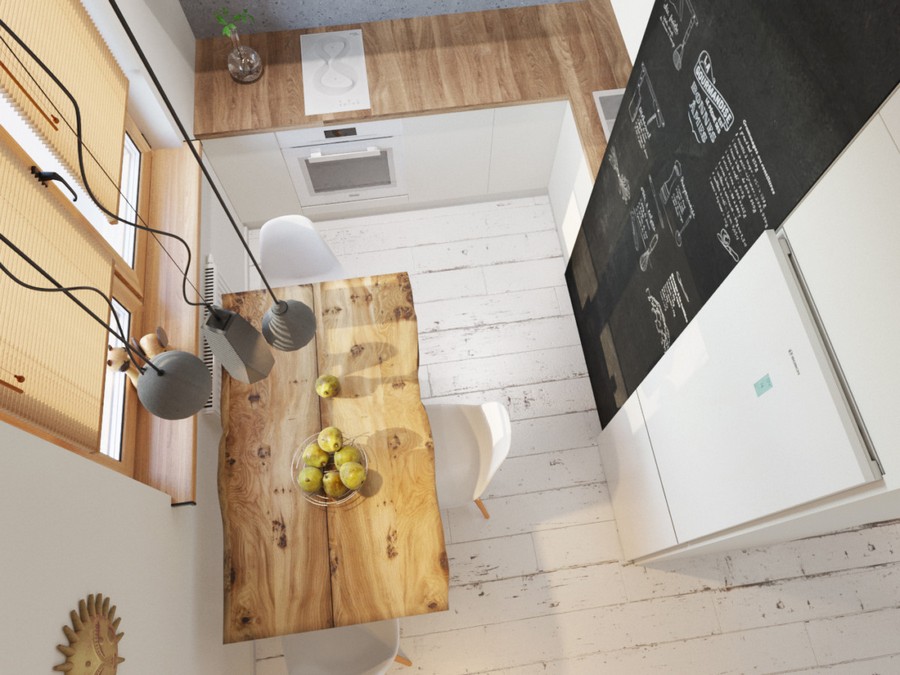 In general you may see that the secret of this tiny apartment is in the proportionality, relevance and integrity of its elements. The authors deliberately used a single color scheme in all the spaces, as few types of finishing materials as possible and exclusively floor-to-ceiling built-in furniture in single style.

The living room was divided into two functional areas by means of genuine timbers, which both saved money and materials spent on making the partition and let sunlight penetrate into the windowless part of the room. When in the lounge, you won’t see people in the bedroom, but the sun so spectacularly comes through the slots that the room gets a truly incredible atmosphere. 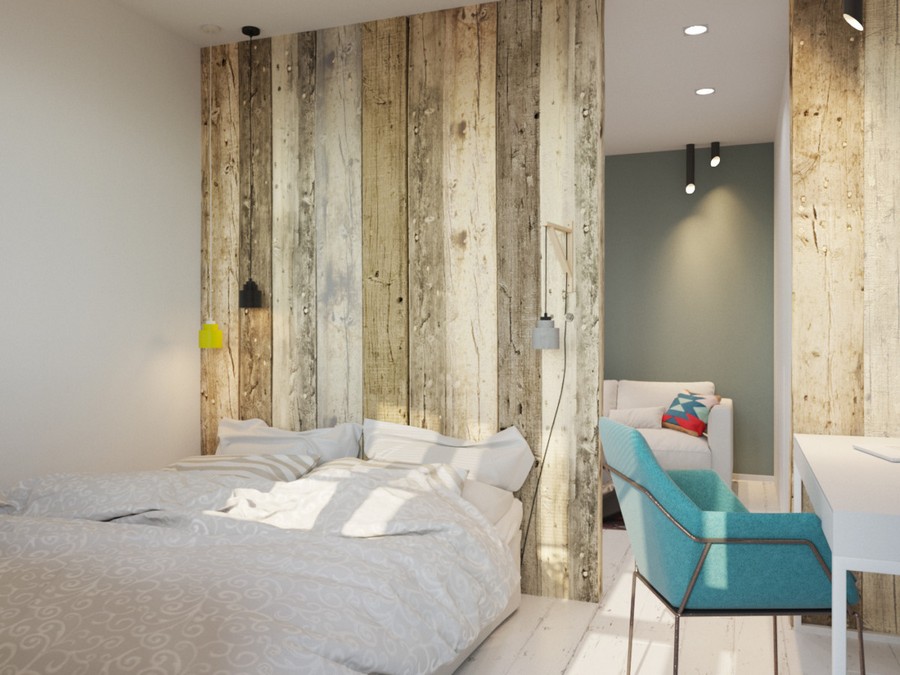 Opposite the sleeping area the hosts got a sound work zone. 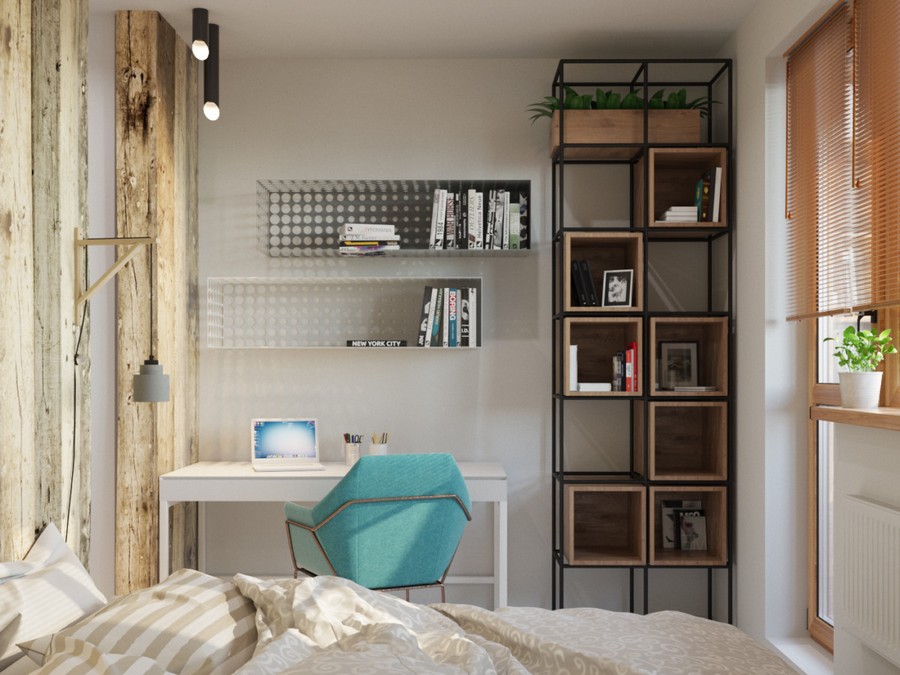 The lounge area is quite minimalistic, composed of just a sofa and a coffee table for cozy family evenings and watching movies on a projector screen. 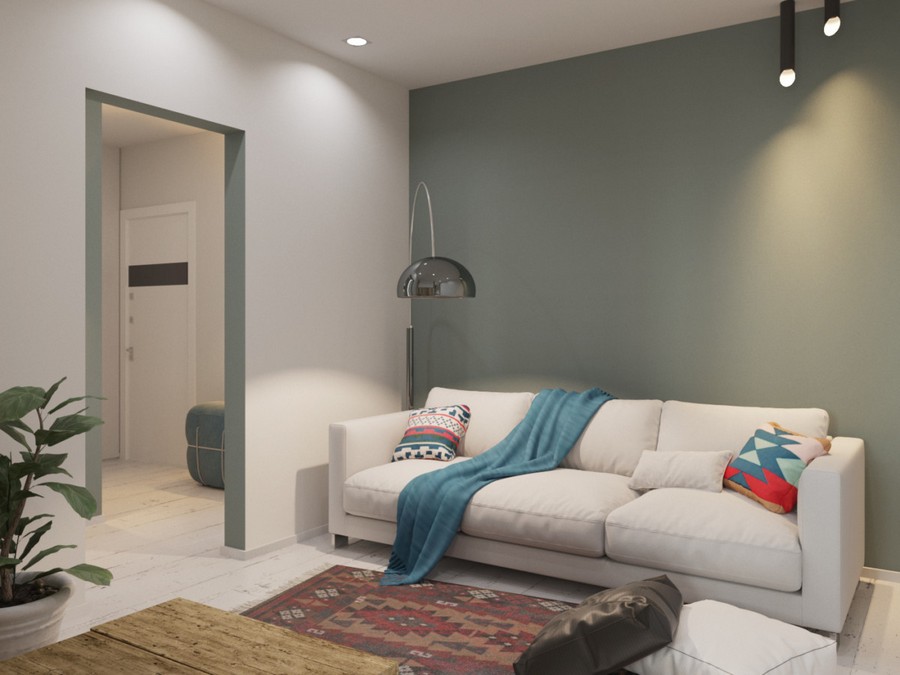 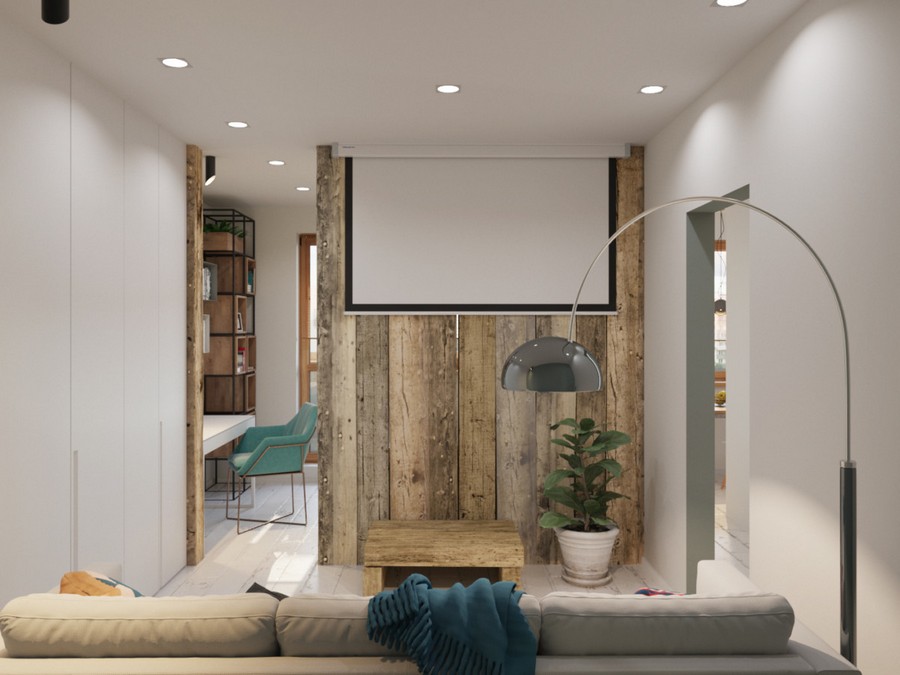 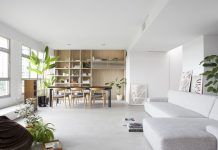 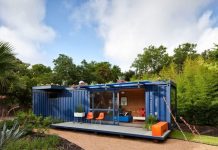 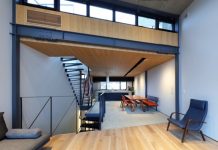 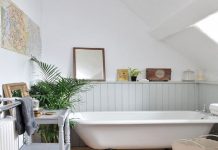 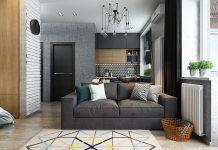 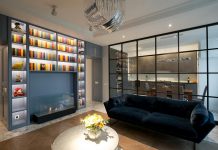 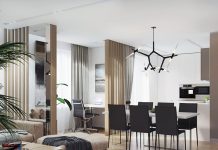 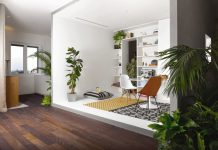 Italian Apartment Thinks Inside the Box 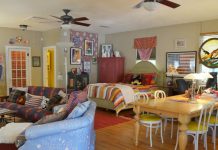 Setting up a small apartment – ideas and tips 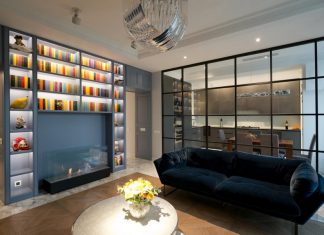 Apartments
When the architects and designers of this apartment first met their clients, they were relieved to hear their wishes. Both parties were staring off...