Yet to be confirmed by either Valentino or Dior, there’s breaking fashion news that’s making everyone thrilled, and for good reasons. Italian fashion designer Maria Grazia Chiuri appears to be Dior’s new creative director, as a source told WWD. 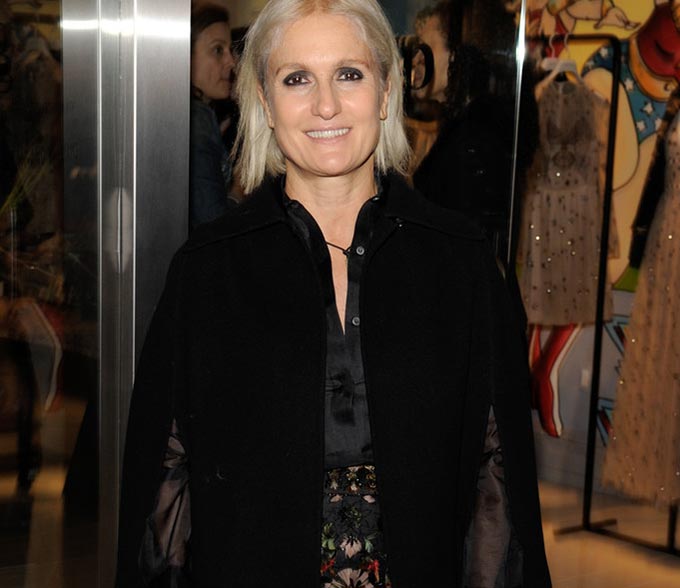 Given the fact that the source specifically looked for WWD to spill the beans (WWD’s speculations have so far always proved the sources right), we can start counting the days until Chiuri unveils her first Dior collection that, according to the same source, is about to come for the spring 2017 ready-to-wear season.

As for when Dior will officially confirm Chiuri’s appointment, the source revealed that it “will be announced after the (July) couture show,” which is scheduled for July 3 to July 7.

The best and most exciting part of the whole situation, besides the fact that Chiuri’s elegance and artisanal skills are clearly praised in the fashion industry, is that the Italian designer will also officially make history as the French house’s first-ever female creative director, as the previous 6 couturiers (Raf Simons included, who stepped down in October last year) were all males.

She will, of course, have big shoes to fill in, especially due to Simons’ leading role as one of Dior’s most innovative designers. Still many are already loudly and openly supporting such a possible decision, feeling confident that Chiuri is the best choice for Dior.

Chiuri is, in fact, one of the most acclaimed Valentino designers along with Pierpaolo Piccioli (she was hand-picked by iconic designer Valentino Garavani himself), and her potential departure from the Italian fashion house could result in (another) major shakeup in the fashion industry. The Chiuri and Piccoli duo has so far proved to pay off for Valentino, and a similar scenario could undeniably pay off for Dior as well, as Chiuri has a terrific knack for one thing in particular: ready-to-wear.

Since Garavani’s departure from Valentino in 2007, Chiuri has revitalized not only the womenswear business, but also Valentino’s menswear section and the accessory line too, with the shoes and handbags becoming once again one of the system’s most acclaimed and purchased it-items. She helped Valentino claim its historic charm and importance back, taking us, onlookers, and customers by surprise.

Now that she is said to become Dior’s new creative director, we can’t help but wonder what Piccoli, as well as Valentino, will do next. Who will take Chiuri’s role?