Why go small, when you can go big? That appears to be Alessandro Michele’s motto for this current year at the helm of Gucci, whose ad campaigns and marketing strategies are genuinely one of the fanciest and artistically most interesting of the moment. After taking us to the tropics with his Gucci pre-fall 2016 campaign, Michele landed at Tokyo for the Gucci fall 2016 ad campaign, letting us discover the most opulent, eclectic and at times even mystical sides of Japan. 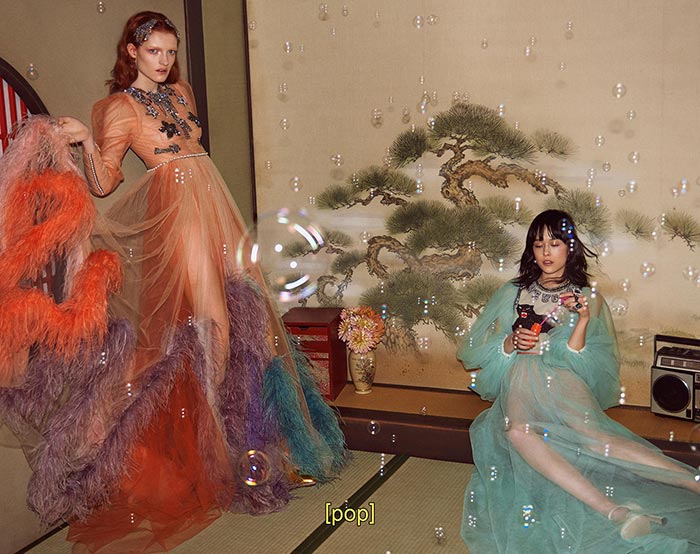 Completed with catchy subtitles, the campaign’s 18 pictures all exude a sort of cinematic look that we yet had to see in an advertisement campaign, along with an artistic cut that is likely to make Tumblr and the main social media break.

From Tokyo’s Shibuya Crossing to the Harajuku district, from cherry-blossomed streets to Pachinko parlors, the campaign explores all the many Japanese contrasting souls, as well as the collection’s eclectic style. No wonder, it’s a campaign that perfectly embodies Alessandro Michele’s energetic and unwearied mind. 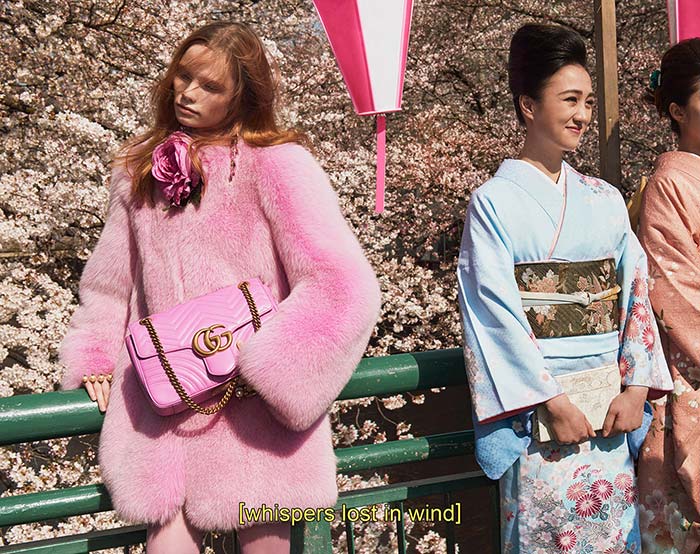 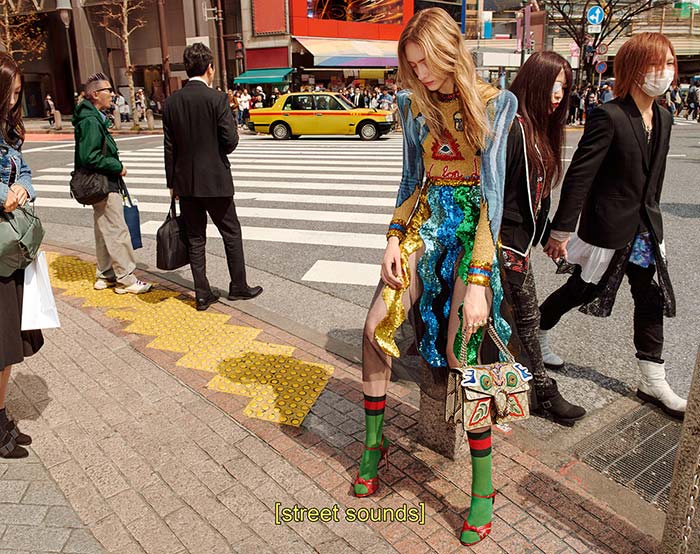 Vibrant and always prone to showcasing contrasting patterns, this campaign’s aesthetics brought the models to pose all dressed up in their western-inspired ensembles next to geishas wearing Japan’s signature kimono, as well as accompanied by the locals, which lessens the distance between two of the world’s most distant cultures.

Regarding this, the most meaningful picture could be considered the one that shows one of Gucci’s models donning a pink furry coat, standing next to two locals dressed up in kimonos. Could that be regarded as one of the most revealing and authentic pictures of all times? 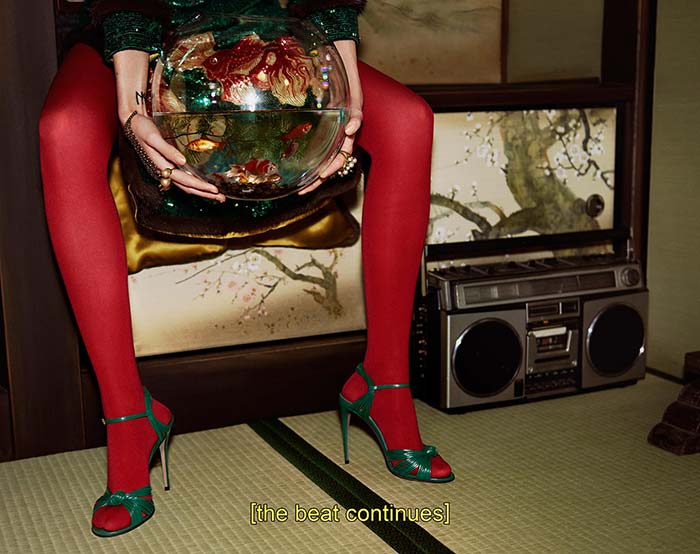 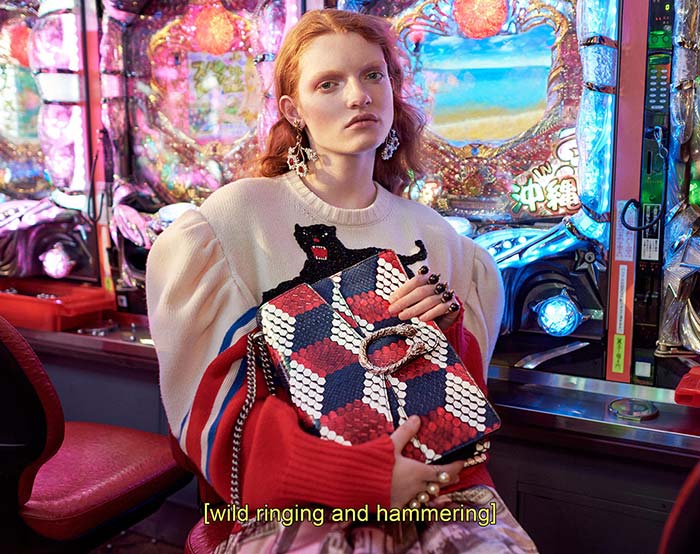 Gucci’s geek style is, of course, present too, with the models showing off some of the FW 2016 collection’s must-have pieces. From embellished sneakers to très chic monochrome socks, from brocade coats to structured dresses, bolero jackets and even super-detailed accessories, the campaign reveals it all, blissfully giving us an overall glimpse of how talented Alessandro Michele is when it comes to vintage fashions, textured materials and ultra-vibrant colors.

Like the runway show, the campaign is strong on dreamlike ethereal vibes, which have been greatly reinforced by the 1:42-minute-long video accompanying the ad campaign, which also got also shot by Glen Luchford in Tokyo. 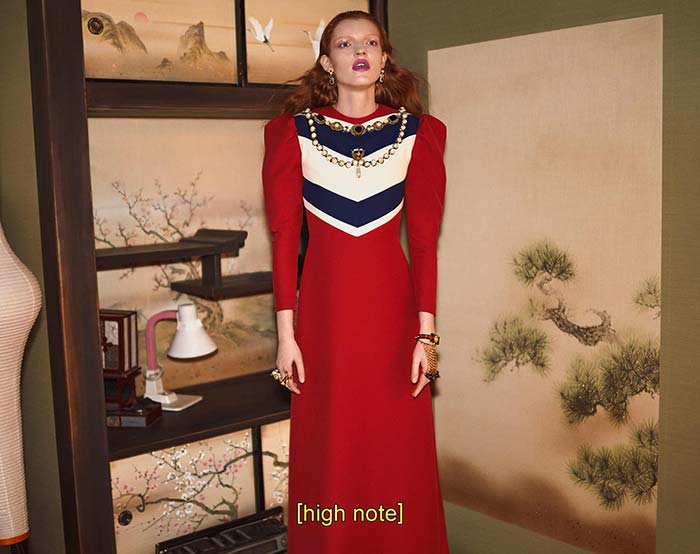 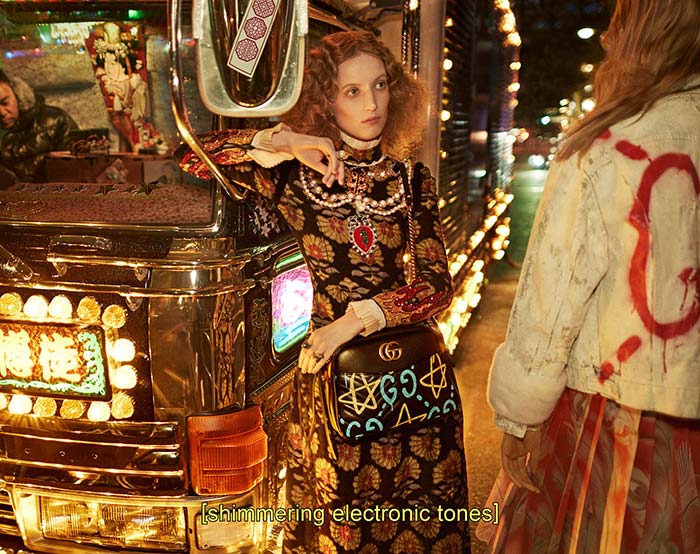 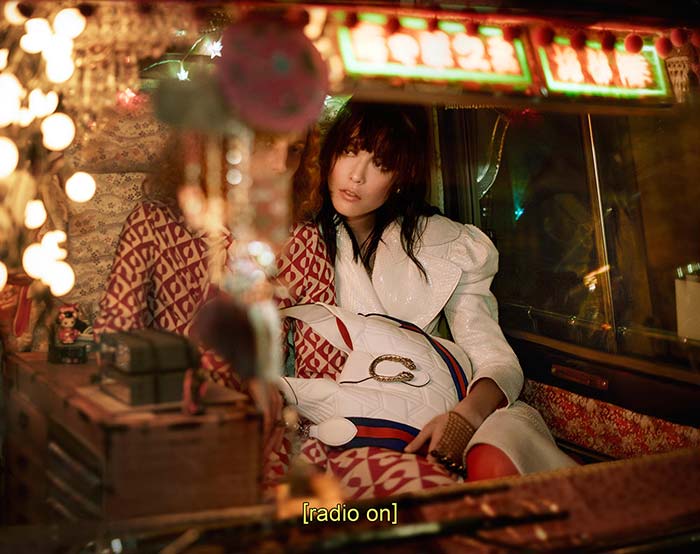 The campaign went officially online today, and will hopefully start a longtime collaboration between Luchford and Gucci.