American actress Amanda Seyfried became famous after her role for one of the Mean Girls main characters, with her notorious ‘on Wednesday we wear pink!’ quote still being cited nowadays. In the upcoming fall, however, Seyfried will be wearing Miu Miu every day of the week, as she officially landed Miu Miu’s fall 2016 campaign along with other models and personalities. 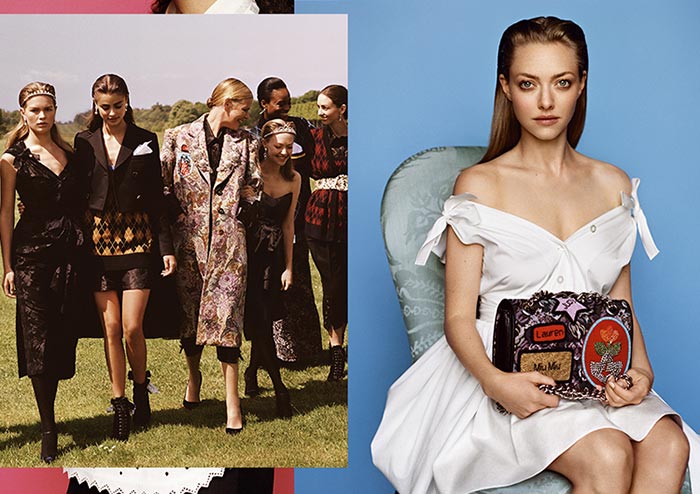 Captured by photographer Alasdair McLellan, the actress joins Jeny Howorth, Mayowa Nicholas, Anna Ewers, Dasha Dogusheva, Dilia Martins, and Taylor Hill on stage, who embody all of the high society archetypes one may think of.

Styled by LOVE Magazine’s editor-in-chief Katie Grand, the Miu Miu fall/winter 2016 campaign features collages of both muse Amanda and It-models, as well as pictures of the Houghton Hall gardens and solid-colored backgrounds, which truly give an editorial cut to the shoot that is clearly closer to the style of magazines rather than fashion campaigns. 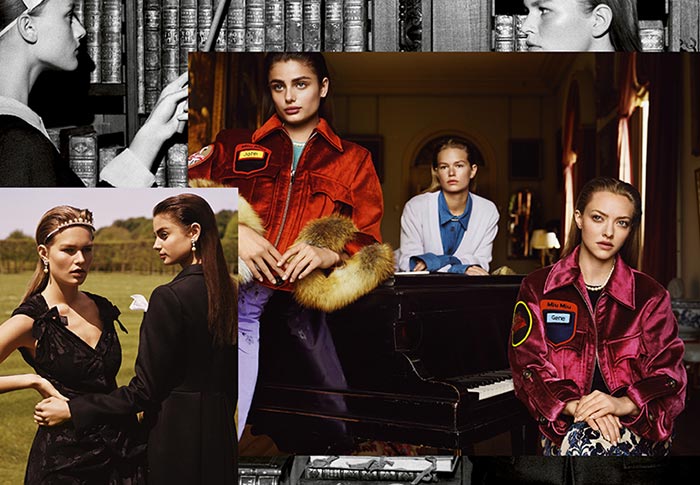 “Found Narratives: Amanda Seyfried leads an enigmatic cast of characters through a weekend of playful reverie, in @alasdairmclellan’s debut campaign for Miu Miu,” captioned the brand on its Instagram’s account, revealing that one may actually read a story behind all those incredible photos.

British fashion photographer Alasdair McLellan, who got discovered by iconic magazine I-D and is mainly famous for being able to capture models’ candidness, perfectly managed to bring out the personality of all the stars in this campaign, using nothing but natural lights and natural poses to make everything look more realistic. 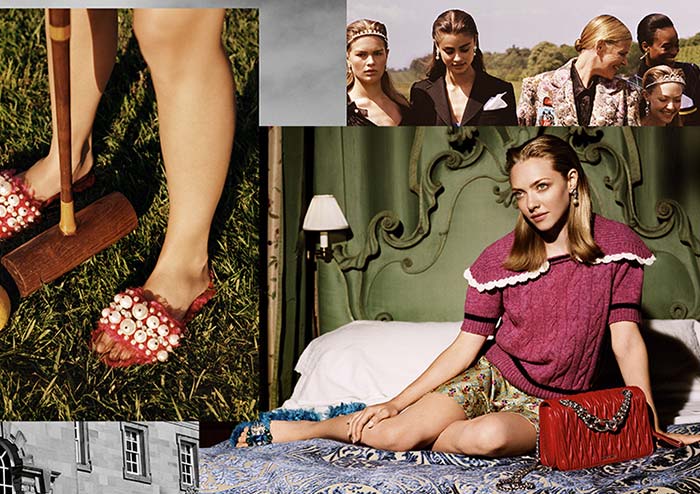 ““Any hour for my friends” is the motto inscribed on the sundial in the gardens of the historic Norfolk estate, Houghton Hall. With its 24-hour lived-in decadence, it is the perfect environment in which to explore the layers of modernity and history in the motifs of the #miumiuAW16 collection,” teased Miu Miu on a second post on Instagram.

For this reason, the campaign’s pictures look either as static portraits or as casual moments from the life of the socialites, whose passions include dressing up in the fanciest way while hanging out together. The Miu Miu FW 2016 fashion line lends itself particularly well to this theme, mainly thanks to the cascades of pearls, frills, loads of pleats, argyle knits and pilgrim necks used as the main details for the outfits showcased. 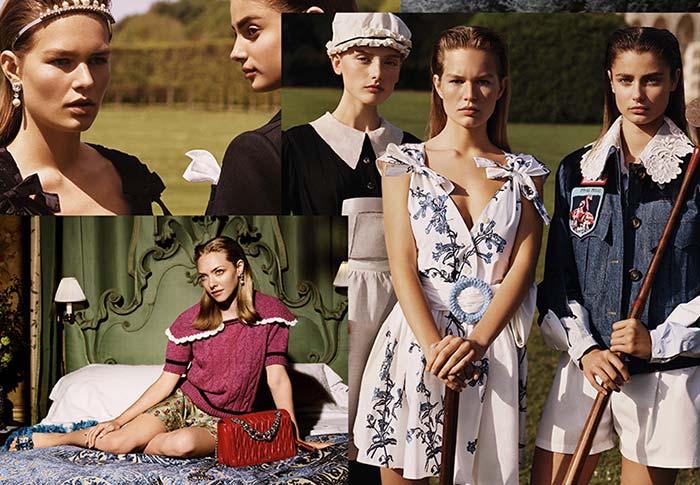 Retro prints, double-breasted coats and classic embroidered handbags help to reinforce these motifs even more. The picture of Amanda Seyfried wearing a crisp white dress with a sensually naïve off-the-shoulder neckline, an elegant slicked-back hairdo, and a statement handbag with fresh sewed patches is definitely the most iconic one in the entire campaign. 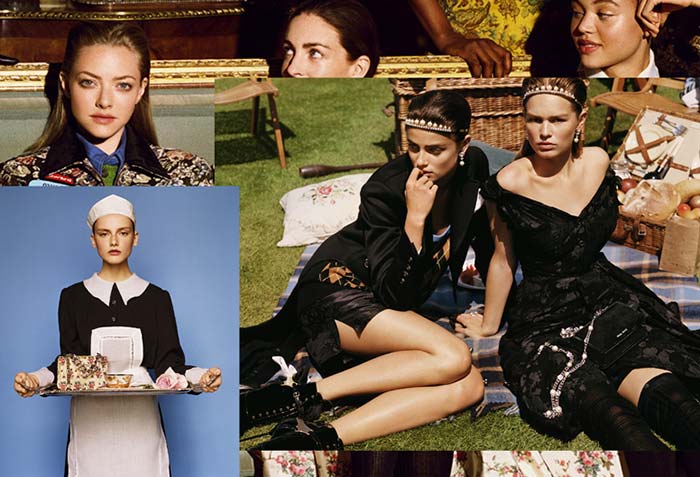