Although riding a boho-chic wave to the fullest, for his Roberto Cavalli fall 2016 campaign creative director Peter Dundas opted for a different kind of bohemian spirit, favoring its darkest, mysterious side over its hippy-chic and extrovert one. As a result, the newest Roberto Cavalli ad campaign is way closer to art rather than to marketing, with models Lia Pavlova, Erik van Gils, Logan Flatte, Adwoa Aboah, Odette Pavlova, Marjan Jonkman and Benji Saker posing for photographer Tim Walker. 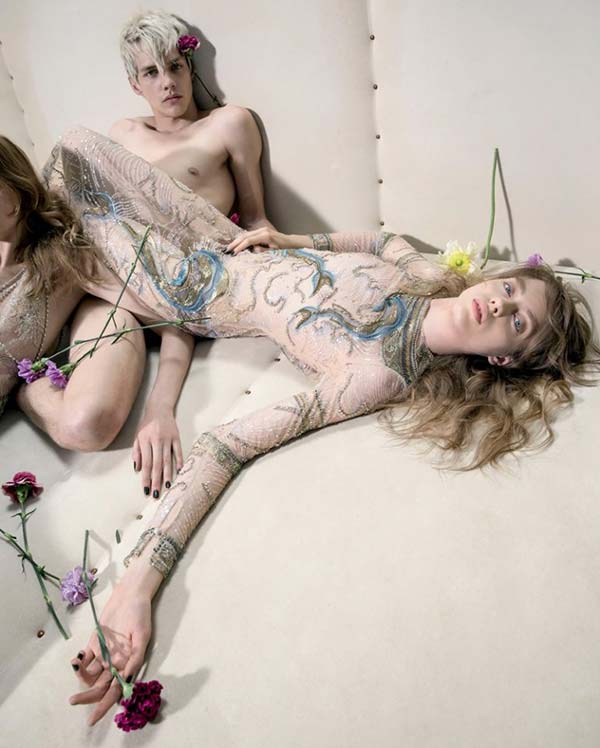 British artist Walker is probably one of the most renowned photographers capable of fully capturing Dundas’ quirky aesthetics and love for androgynous figures. His knack for fairytale scenes is one of the most acclaimed in the fashion industry (not for nothing, Walker regularly works for Vogue, W Magazine and LOVE Magazine).

He started his career as a fashion photographer while still a teenager and, after graduating from the Exeter Art College, Walker quickly took the world by storm with his campfires, muddy and decadent fields, theatrical surroundings and romantic surrealism.

Aside from the naturalistic settings (with the sole exception of a few flowers), Walker used a similar approach in this Cavalli campaign too. He put the entire focus on the collection’s staples, as well as on the models’ theatric poses, which were spiced up with his notorious magic undertones.

Divided into thematic sections (mainly according to different colors and design patterns), the campaign’s pictures embrace an addictive disinhibited domino effect, strong free-spirited vibes and, above all, the collection’s modern, careless and fluid soul itself. Like fairies coming from different environments, the models look sometimes like little sprites that have come down from the sky, and at times like little elves that have escaped from the woods, perfectly embodying all of the many personalities Dundas tried to capture with his collection. 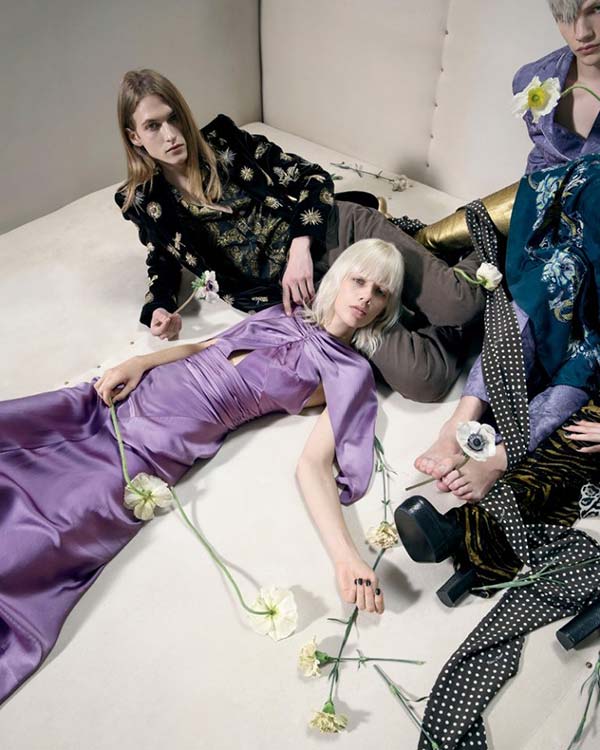 Nude colors get interrupted with vibrant, rich tangerine yellows and sleek indigo hues, while the animal and polka-dot patterns give an even more dynamic and overall genderless sense of fashion to the scene.

Everything is refined to the nines, with the models all sporting a sensual pose while naturally showing off the Roberto Cavalli FW 2016 collection’s key pieces. We can see printed tops, snakeskin platform heels, structured jackets and sinuous floor-length dresses embellished with a delicate and dreamlike shell-effect.

All placed in what looks like a miniaturized creamy white soft box, the clothing pieces featuring lace, frilled and floral embroideries become the collection’s sole protagonists, yet giving us the illusion of just being part of one of Walker’s astounding artistic exhibitions. 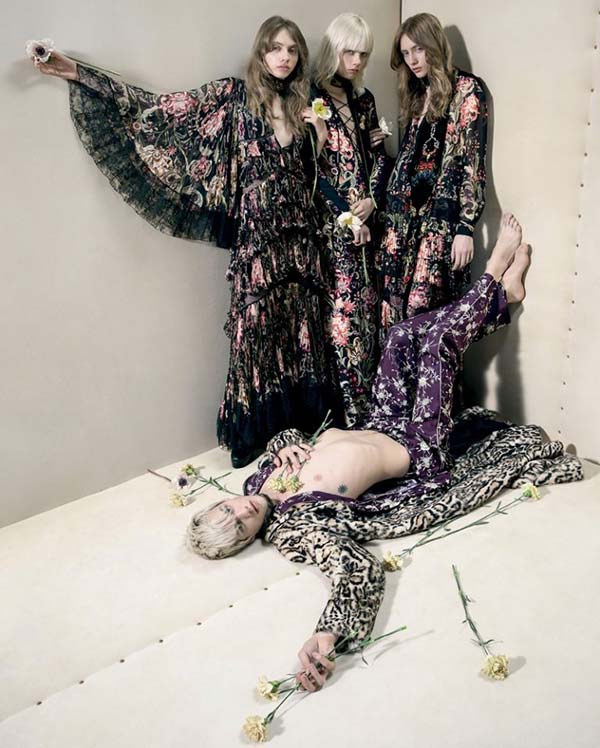