P.L. Property is a undertaking completed by Atelier d’Arquitectura J. A. Lopes da Costa in 2014.

It is situated in Anadia, Portugal. 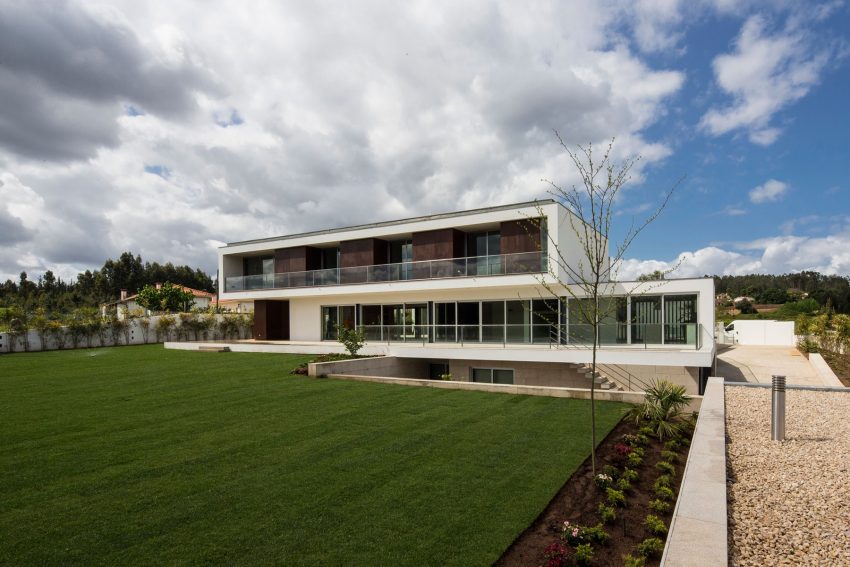 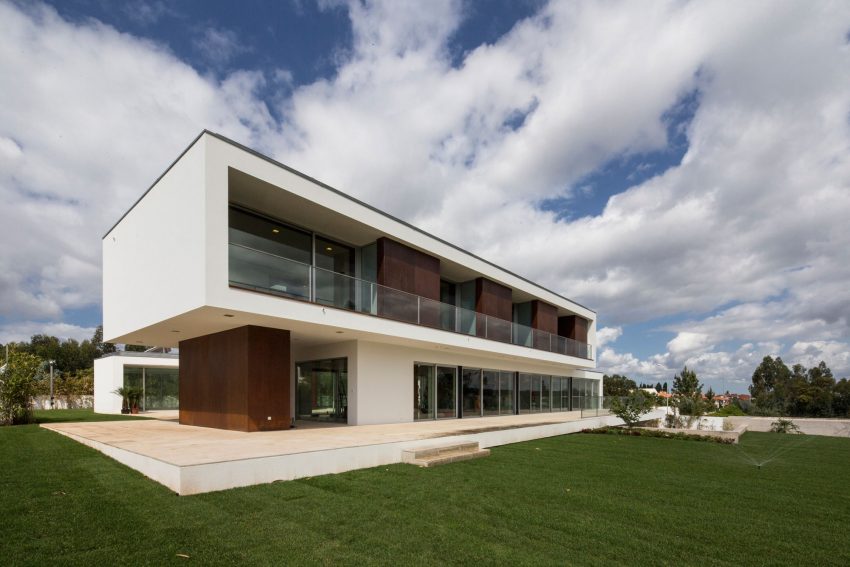 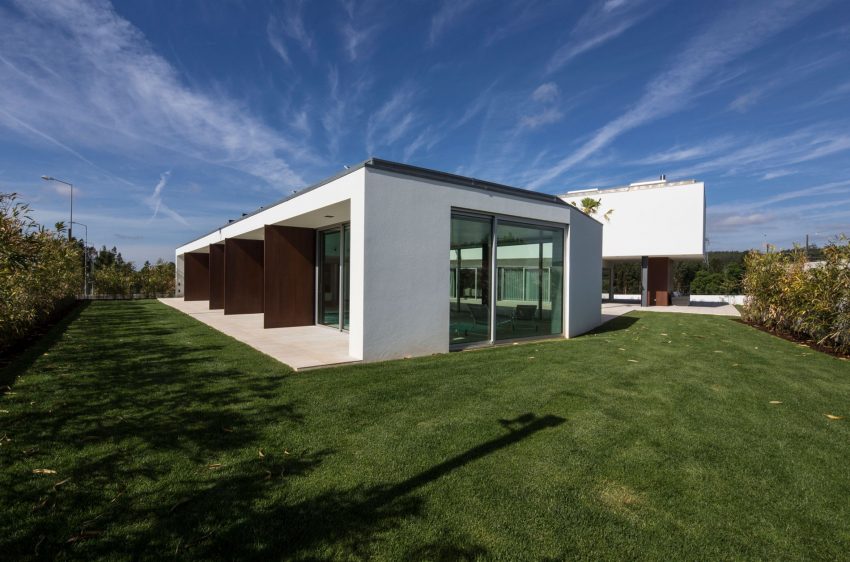 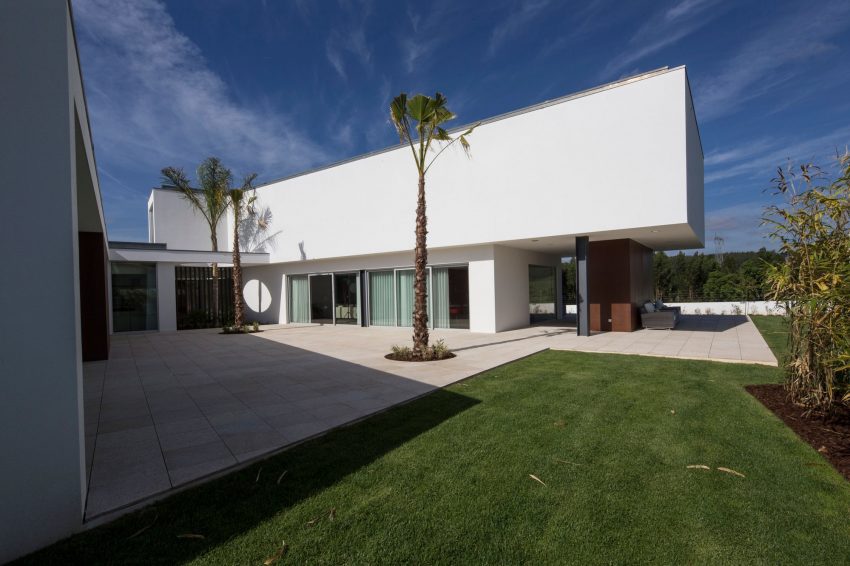 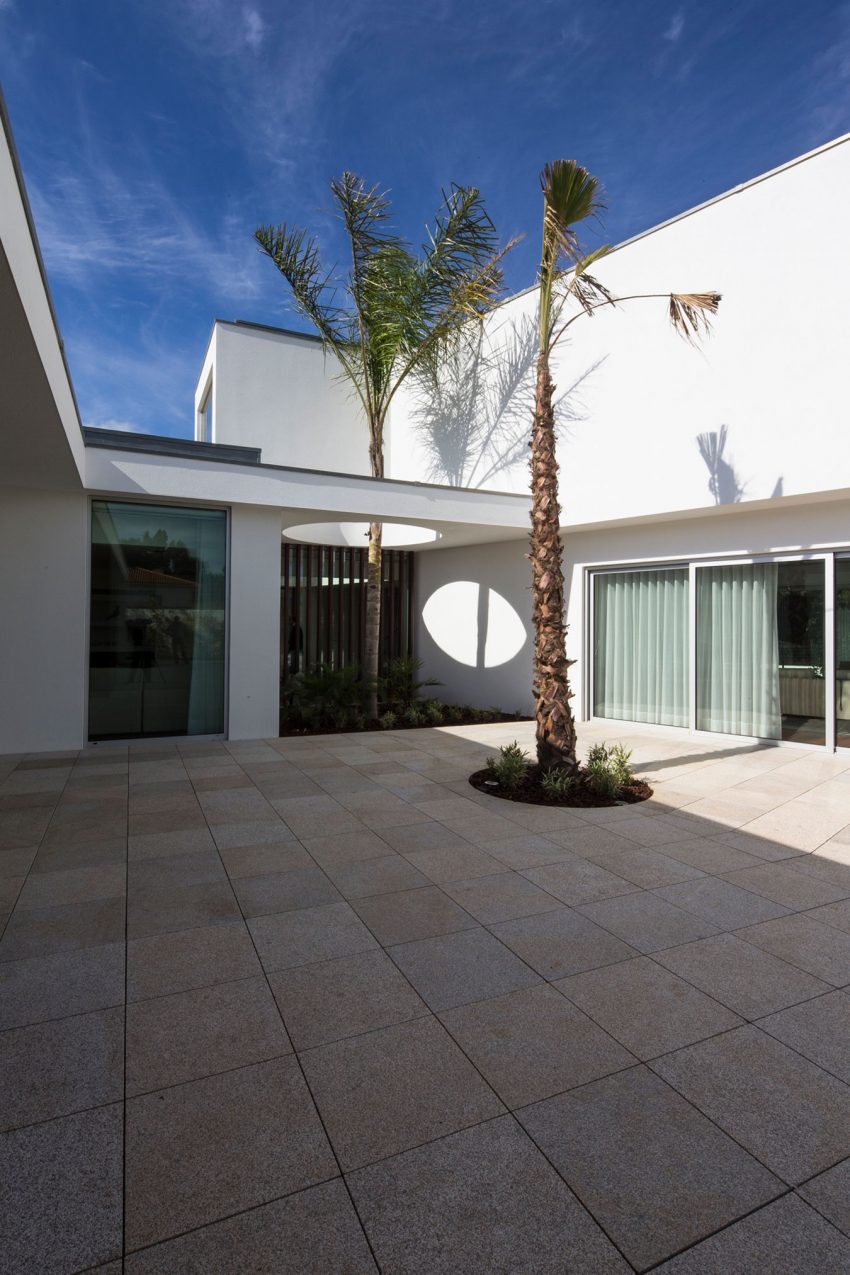 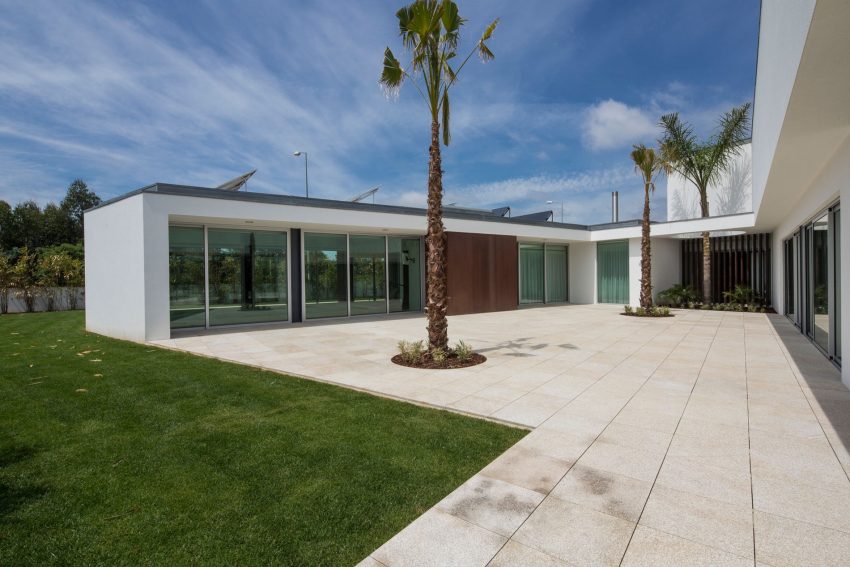 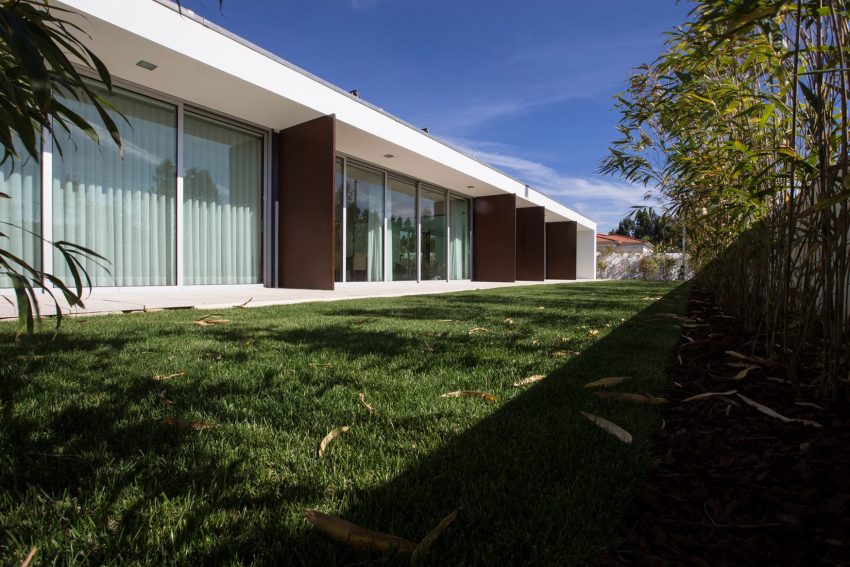 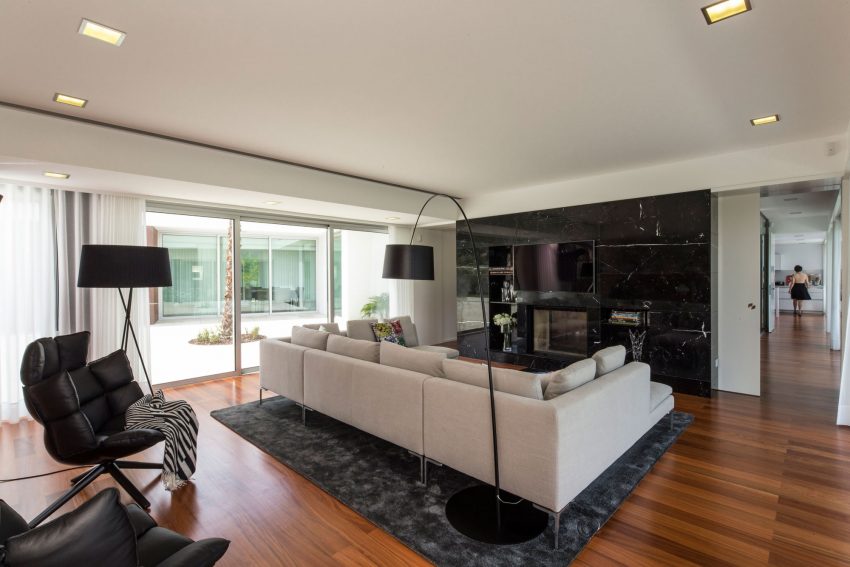 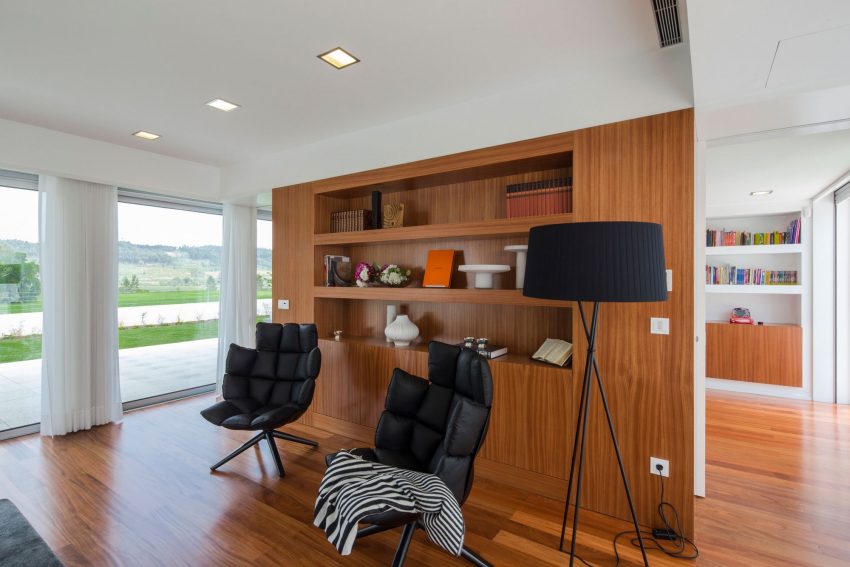 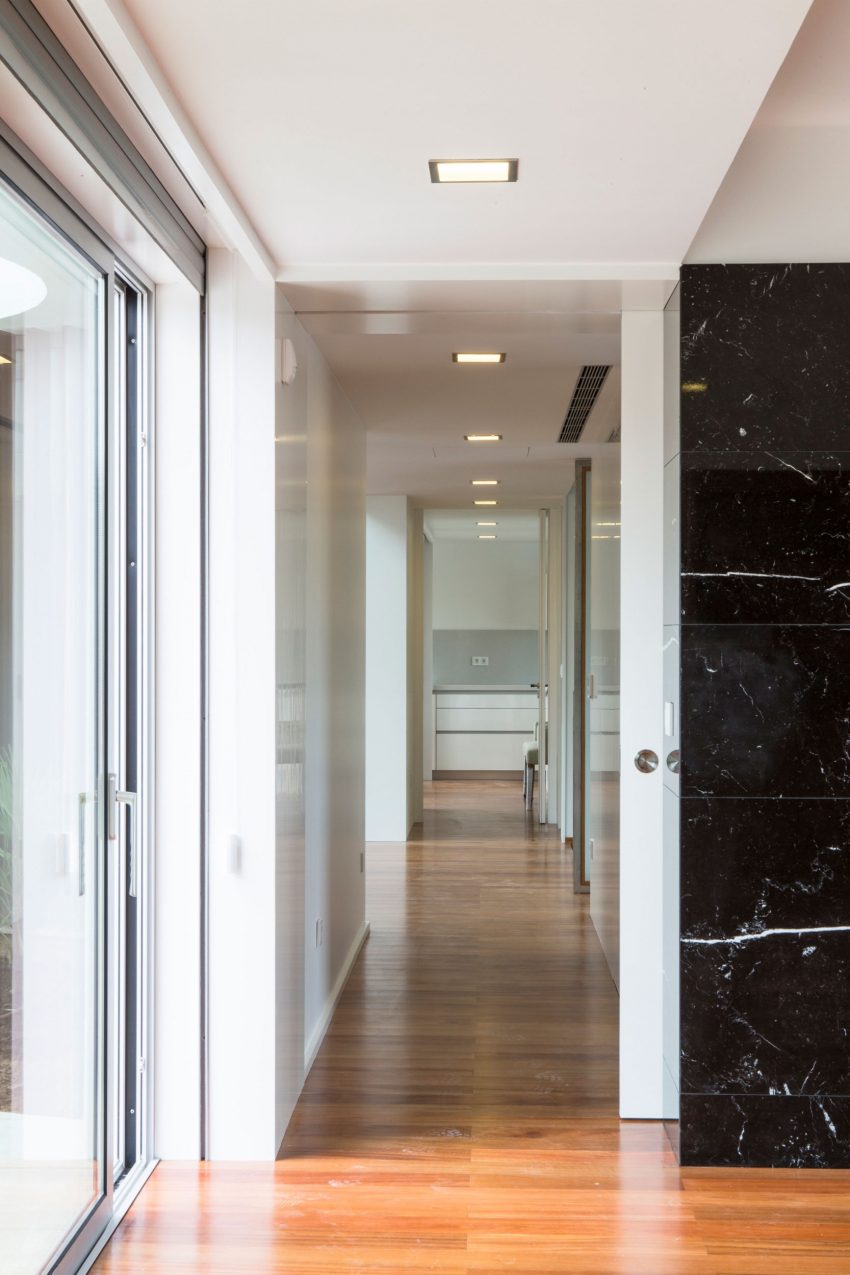 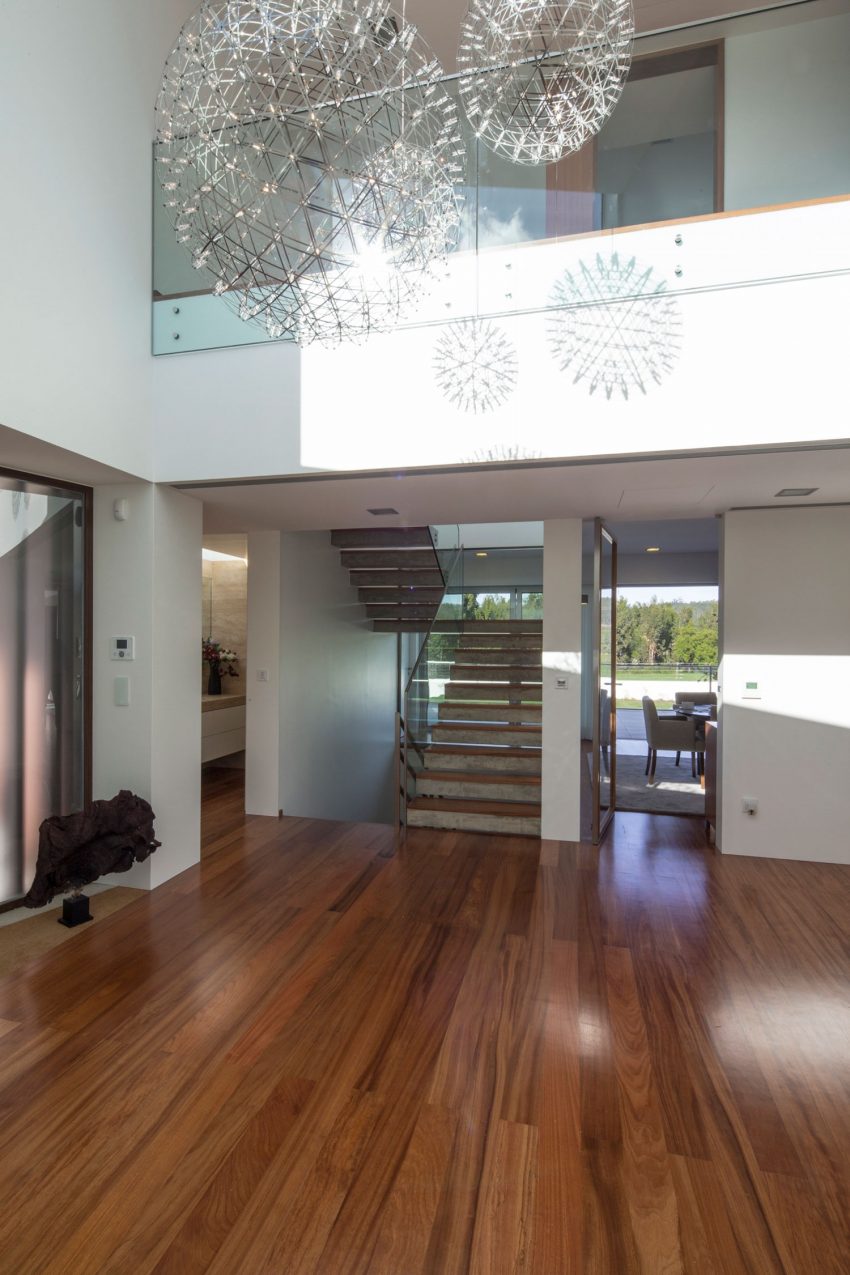 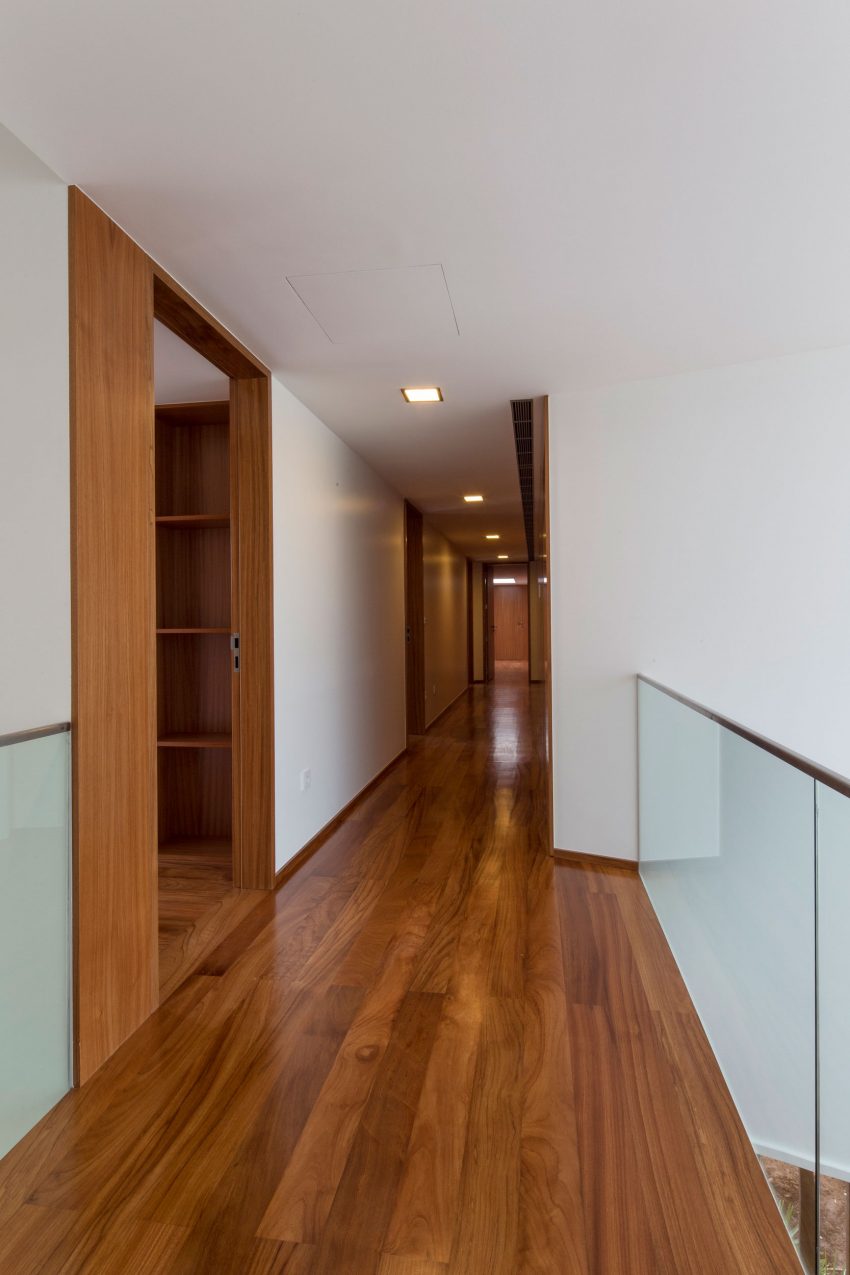 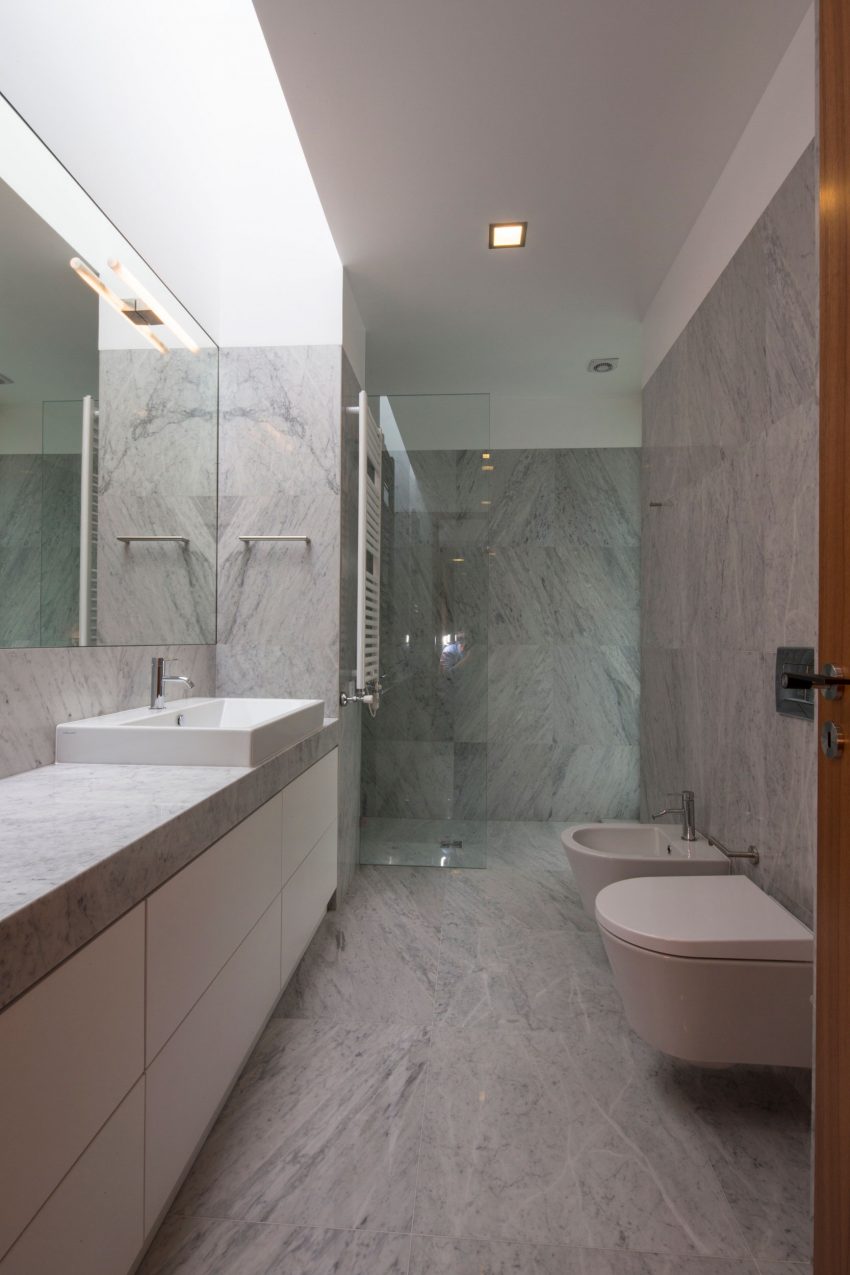 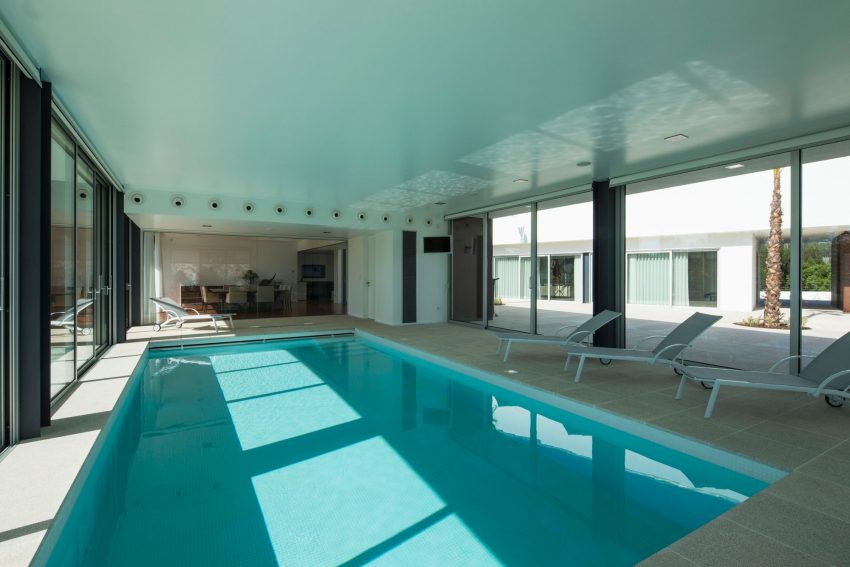 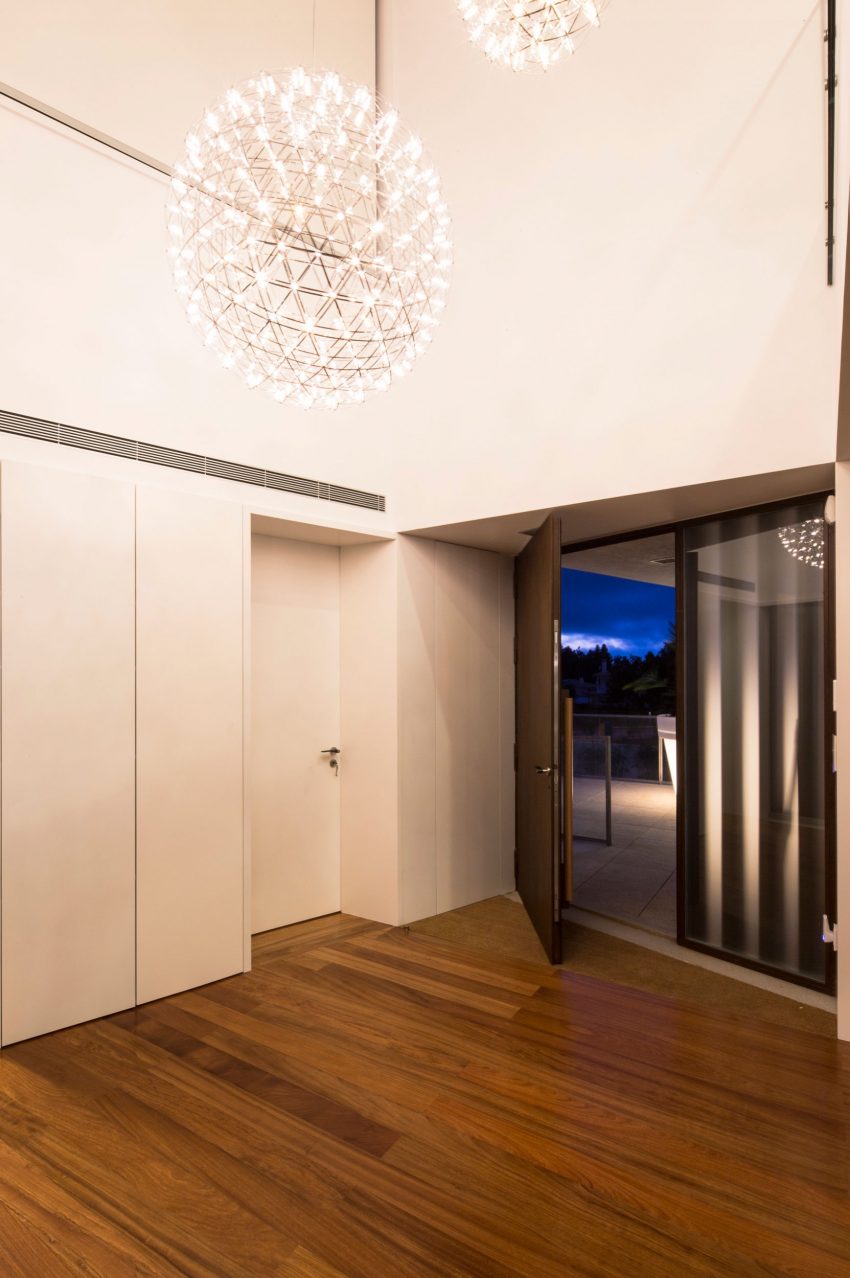 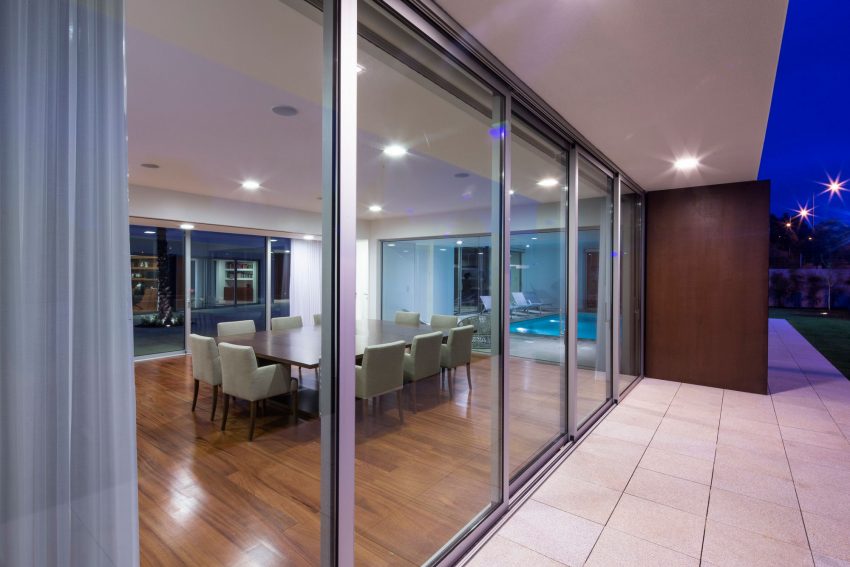 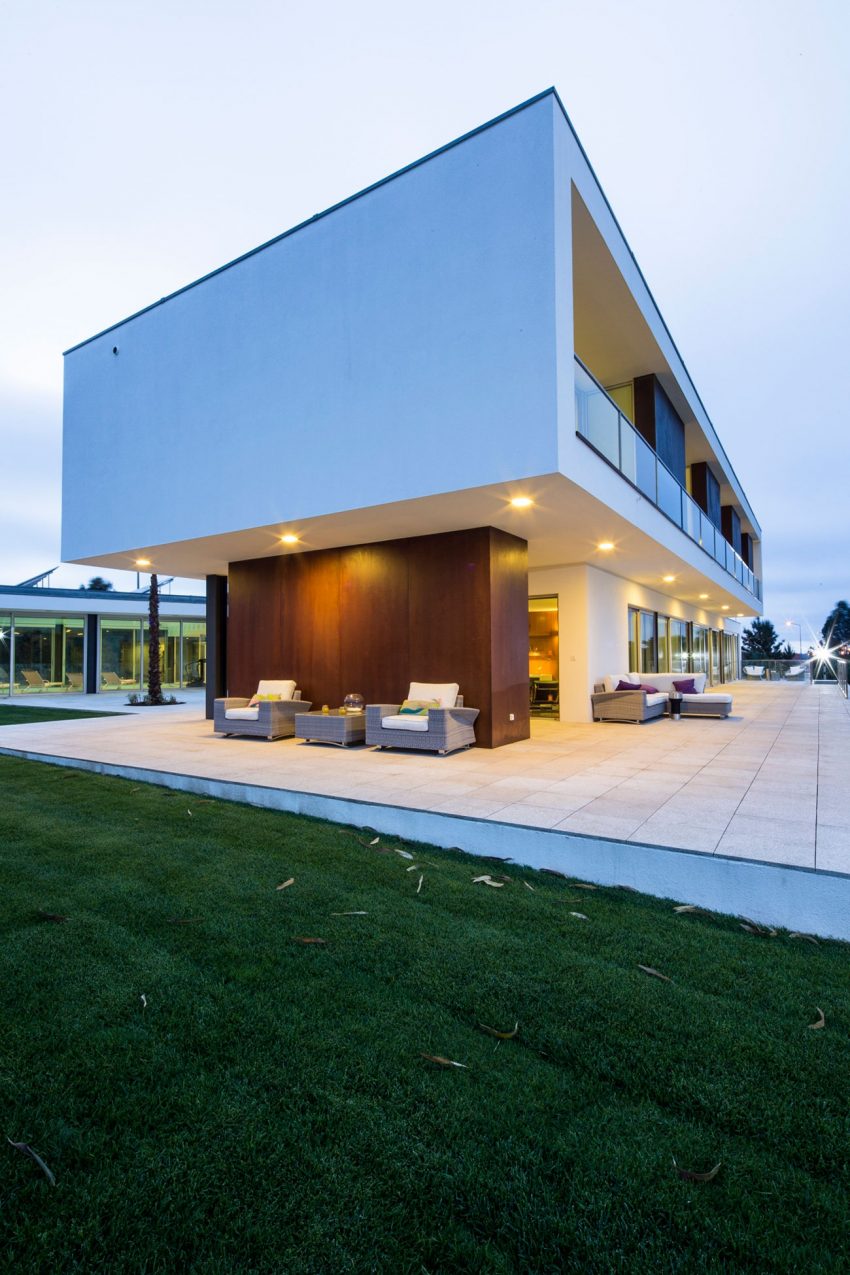 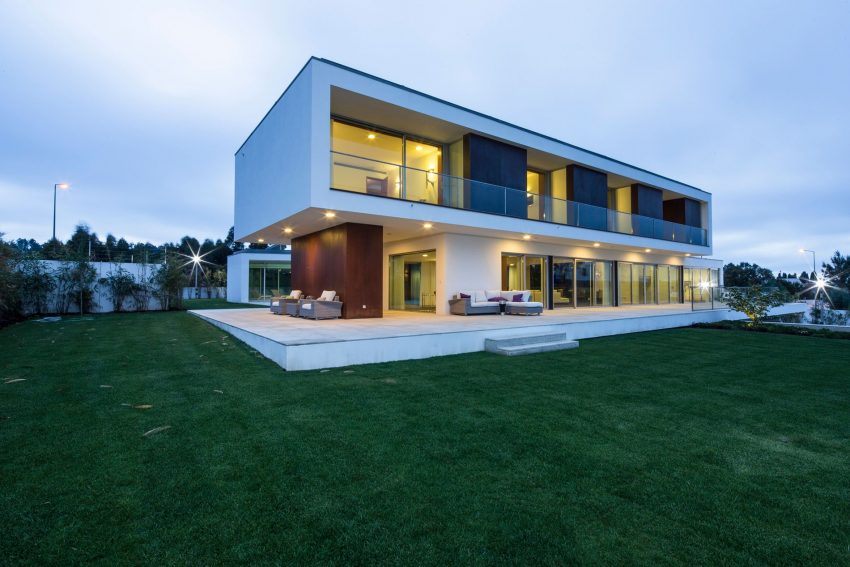 “The house consists of two structures. 1 comprises only one particular floor parallel to Av. Das Laranjeiras, and the other consists of three floors (basement, ground floor and very first floor), which has a slight twist to the 1st, and lies parallel to the slope of the land, taking advantage of the land platform.

The entrance to the residence is created to the north, through a hall that links the two structures and that opens south on a courtyard defined by the two volumes of the property.

In the reduced framework, to the West, lies the leisure location, enjoying greater independence and functional autonomy.

It is a quite transparent constructing, enjoying the afternoon sun from the West and, to the East, the visual connection with the courtyard and the living rooms of the property positioned in the other framework.

In the East-dealing with structure it is situated the home itself, distributed in excess of three floors. In the basement there are the technical areas of storage and service, on the ground floor the social regions and on the first floor the private places.

This structure opens to the east, to the morning sun, and to the unending green, which extends far beyond the boundaries of the home. The living regions also open up to the West, to the privacy of the courtyard contained in between the two structures.

The volume of the very first floor rests on that of the ground floor practically like a box, and is open nearly solely to the east, with the openings of the bedrooms and bathrooms marking the façade as protruding volumes, forming balconies in between them.

There is also an outside staircase connecting the basement to the terrace of the living rooms.” 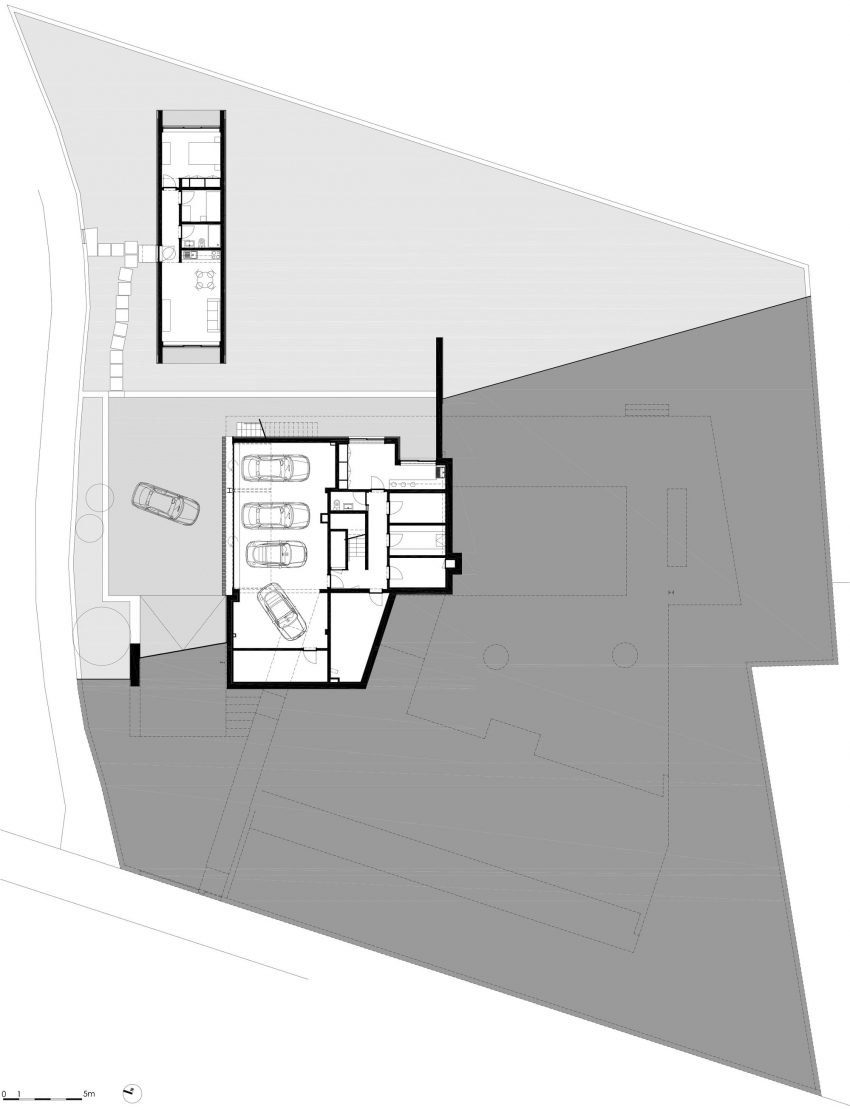 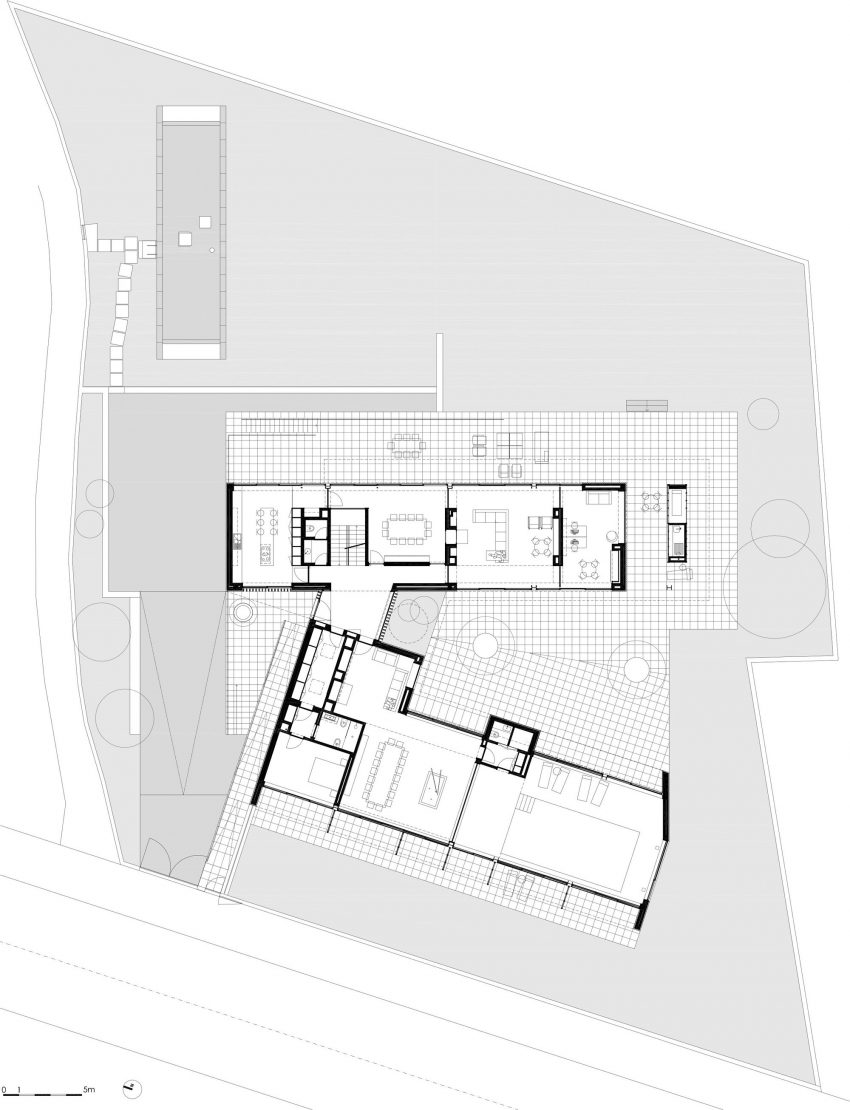