This clock by Dutch designer Zelf Koelman spells out the time with magnetised fluid beneath the manage of electromagnets (+ film).

Unlike traditional clocks, the Ferrolic has no mechanical parts and relies on embedded electromagnets to manage the display’s ferrofluid – a black liquid manufactured up of suspended magnetic particles.

The fluid is held in a rectangular aluminium-framed screen that is filled with water, making it possible for it to flow freely about the enclosure.

Associated story: Formafantasma makes use of saxophones and a brass pendulum to track the passing of time

By turning on the electromagnets, the ferrofluid is attracted to in which the magnetism is strongest and types the clock numbers on the show. 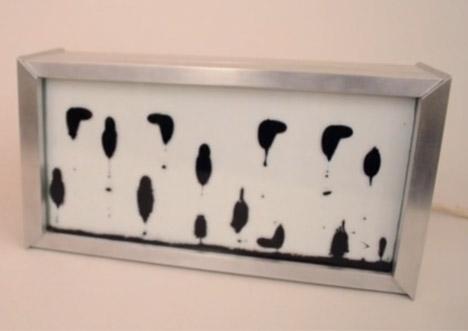 “Its exclusive dynamics are the visual result of the black fluid constantly finding balance in between gravity, magnetic fields and its very own van der Waals forces,” Koelman explained.

The software employed to manage the magnets is available by way of a internet browser, meaning users can customise it themselves and adapt the shapes and numbers shown on the display. 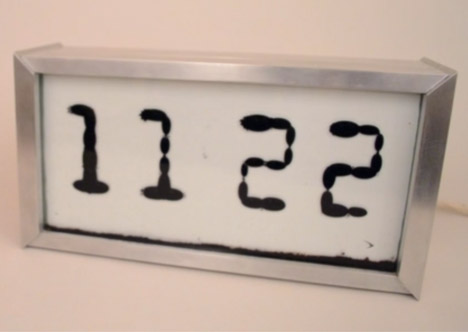 “Due to the fact the fluid behaves in an unpredictable way, it is feasible to give the bodies, perceived in the Ferrolic display, a sturdy reference to residing creatures,” the designer said.

Koelman, who is at present completing a masters in industrial design at the Eindhoven University of Technology, has invested the final yr researching the fluid’s prospects. 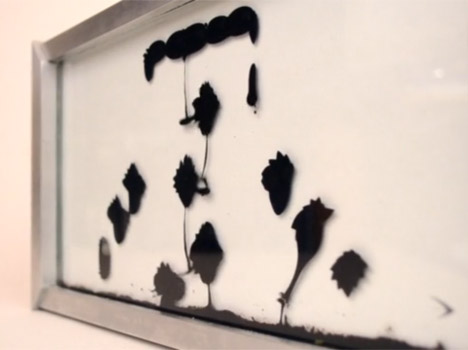 “A couple of years ago I fell in really like with the magical traits of a minor black ‘blob’ in a bottle,” he mentioned. “The dynamics and shape of this liquid body was significantly like a residing entity. I decided to allow this entity to live its own life and have a perform.” The Ferrolic is presently nevertheless in advancement, though the designer intends to make tiny batches obtainable for pre-buy, with every clock costing \$8,300 (£5,300).

Other examples of atypical clocks include Rachel Suming’s engraved aluminium plates that overlap each and every three hrs to reveal the time, and Japanese design collective Bril’s Coniferous Clock – created of leaves that fade from green to brown above the course of 12 months, to produce an annual timepiece.