This clock by graduate designer Rachel Suming is made of engraved aluminium plates that overlap every three hours to reveal the time. 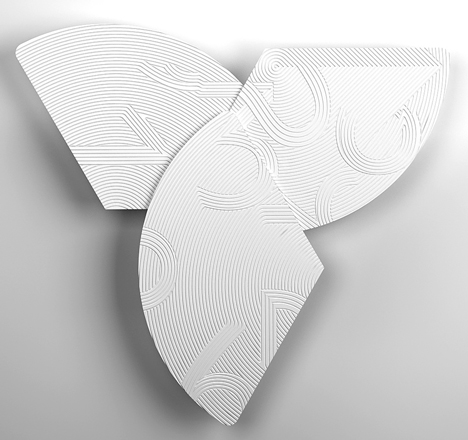 The clock tells the time in three ways. The outer shape gives an approximate indication of the time of day as it morphs from a circle into a hexagon over a six-hour period.

Related story: Bril’s Coniferous Clock is filled with leaves that take a year to die

Every three hours, the engraved lines converge to form a number – three, six, nine and 12. Finally, a subtle arrow pattern in the engraving points in the direction of where the hour marker would be on a traditional clock. 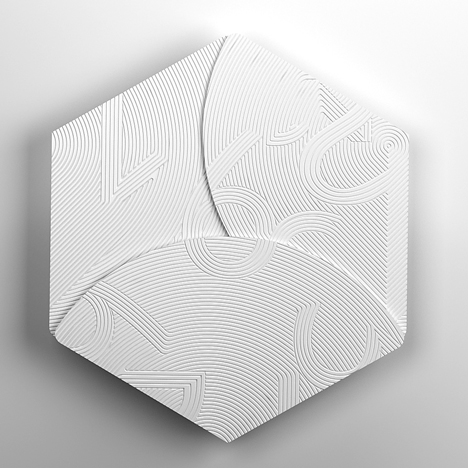 “We are all affected by the speed of life, the need to be productive at work or to answer to a rigorous schedule,” Suming told Dezeen.

“The hands of a clock can become stressful. I was inspired by a specific watch called Philosophia, which was designed to only show the hours. This idea of showing and hiding different notions of time was the starting point for Eclipse.” 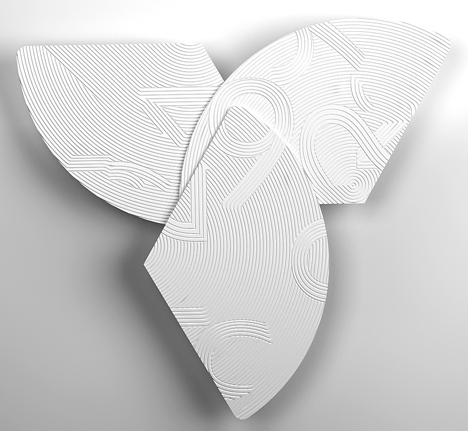 The clock is made of three pieces of 1.5-millimetre aluminium, which is powder coated in matte white. The aluminium is decorated using Guillochage, a mechanical engraving technique used to create detailed geometric repeating patterns.

“I hope my clock will help people let go for a while and lighten our present perception of time,” said the designer. 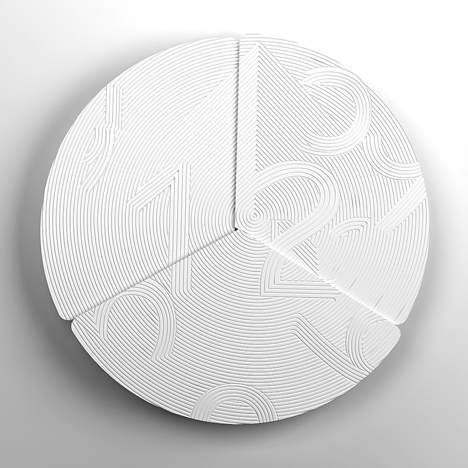 Eclipse was presented as Rachel Suming’s final project from her Masters in Design for Luxury and Craftsmanship at ECAL in Switzerland.