MVRDV’s Winy Maas explains how the hollow centre he produced at the heart of a Paris office block enables passersby a privileged see into the movements of a financial providers company, in the latest movie from our unique series (+ film). 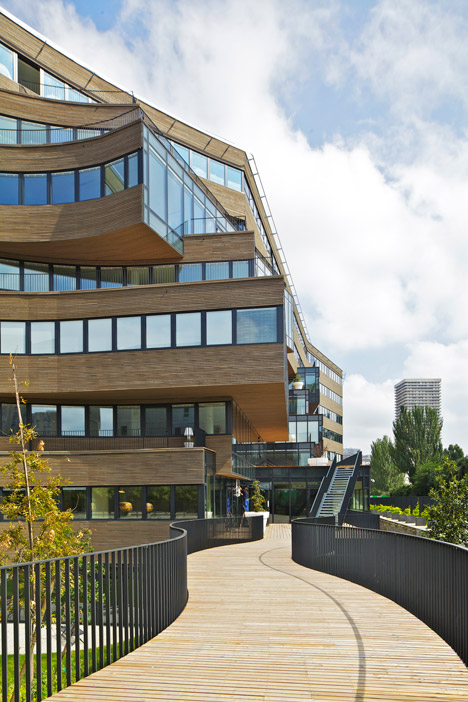 Completed in 2014, the 7-storey Pushed Slab was the initial constructing to open in a proposed eco-quarter in the 13th arrondissement of Paris. It is occupied by economic providers group Banque Populaire Rives de Paris.

The building’s most prominent function is the gaping hole in its middle. This was additional by MVRDV to preserve views of one more regional building past, but it also produces space for multi-level terraces and balconies, fronted by massive windows. 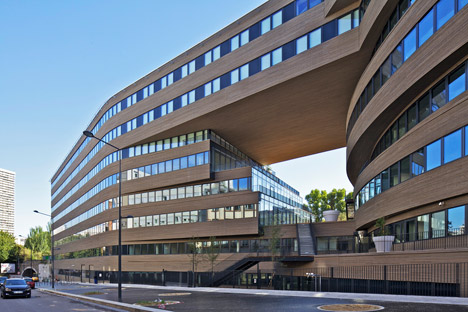 “When we have been asked to make this standard typical office creating, we just pushed it and then there was a wonderful view that goes via,” explains Maas in the movie.

“The centre element of this creating is like an open heart fundamentally, as if you demonstrate to the world that bankers, financial individuals are working there,” he continues. “Particularly right after the crisis, banking institutions have been a lot more closed – now there’s a tool to picture their pursuits.” 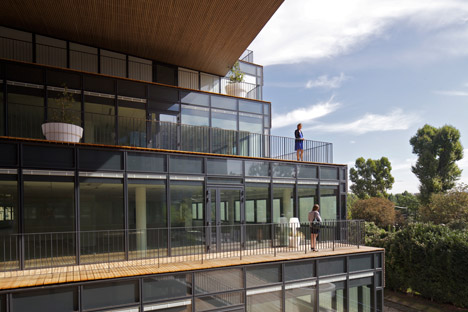 Externally the creating is clad with timber. On the north side, the facade is broken up into rows of smoothly curving ribbons, whilst on the south side these surfaces bend outwards to develop sharp angles. 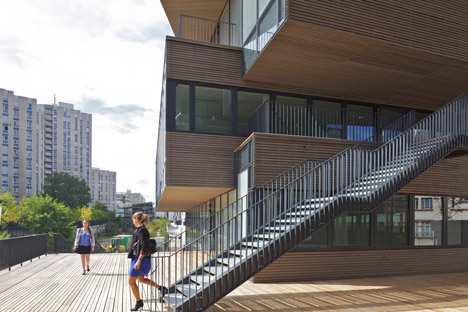 In contrast, walls facing into the central opening are largely glazed. External staircases provides routes amongst amounts, although greenery is presented by trees in oversized plant pots. 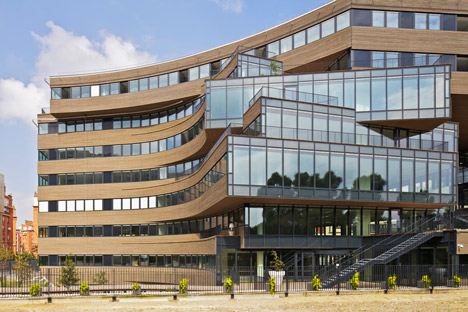 “The open area in the middle is the heart of the financial institution itself,” explained Maas. “Men and women can meet each other – when they stroll in the corridors, they bend in the direction of this opening and they can meet on these terraces.”

“You will discover the explosion of balconies,” he additional. “It is as if the building, which is covered with tiny wooden factors, has turned and pushed into this side and then the developing is reduce off.” 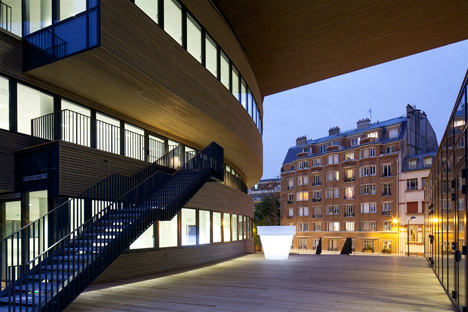 Maas co-founded MVRDV in 1993, with Nathalie de Vries and Jacob van Rijs. This movie is the fourth in a series profiling the firm’s perform, which also involves an urban centre in the heart of “enterprise-park suburbia” and a library inside of a glass pyramid.

Photography is by Philippe Ruault.