The asymmetric profile of this suburban property in Belgium was generated directly from the permitted developing heights prescribed by nearby arranging laws . 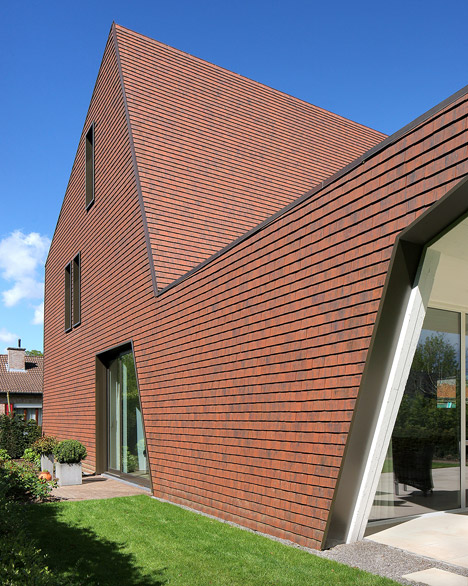 Designed by Belgian architect Dieter De Vos, the two-storey Villa Willemsdorp is found in a residential neighbourhood in De Pinte, south-west of Ghent.

The spot is typified by traditional gabled houses – a style that De Vos was keen to steer clear of. 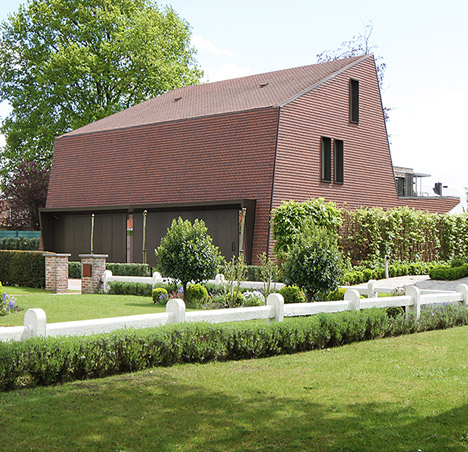 He instead opted for a much more abstracted gable, generated by seeking at the appropriate-to-light privileges of neighbouring buildings and utilizing them to function out greatest height allowances at diverse points around the site.

The architect was also cautious to adhere to neighborhood preparing guidelines concerning form and massing. 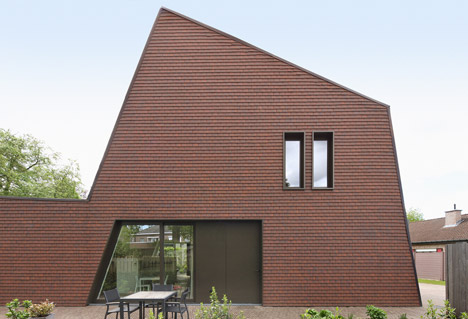 “In order to give the home character within this context, the developing volume touches the limits of the rules concerning volume and roof shape,” he explained. “This cost-free interpretation leads to a sculptural volumetric composition with sudden sloping surfaces.”

De Vos previously completed one more home in De Pinte, which has brick walls and arched windows. In contrast, the architect chose to clad the entirety of Villa Willemsdorp in red ceramic tiles that are usually utilised for roofing. 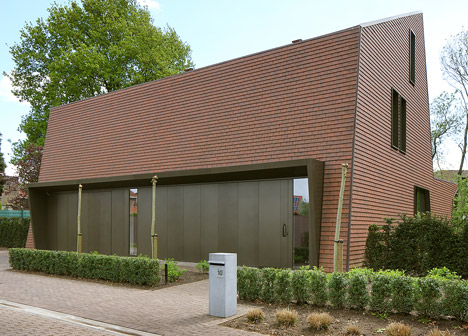 The houses’s entrance is found on the north-dealing with street facade, as part of a row of metal panels that also integrates the garage doors. On the opposite side of the constructing, a lengthy stretch of glazing opens the building out to the backyard. 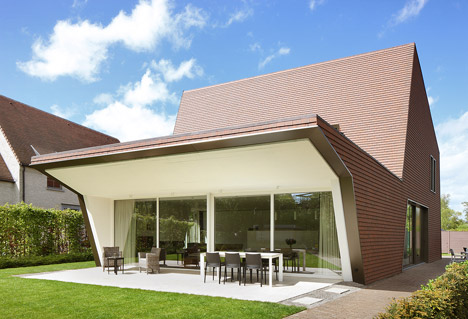 Other details include a dormer window that extends across a flat area of the roof, and a pair of angular floor-to-ceiling windows positioned on opposite walls. 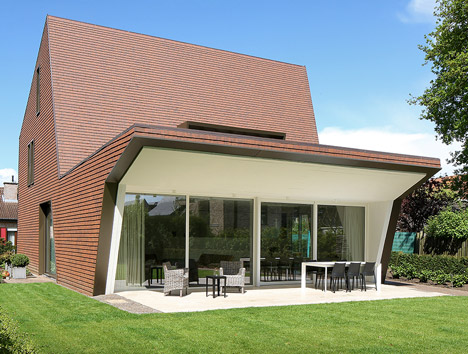 “The backward-leaning street elevation has quite an introverted visual appeal, whilst the home opens up on the other elevations with a totally glazed garden elevation at the terrace, a pronounced dormer window and a constellation of smaller incisions on the side elevations,” added De Vos. 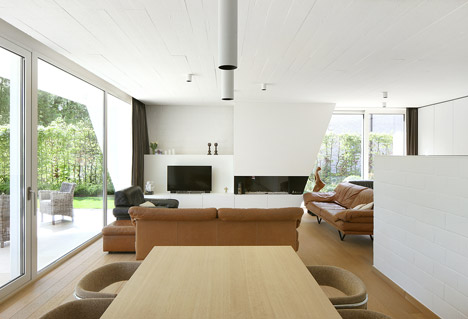 Inside, the ground floor of the 275-square-metre building is largely taken up by the open-program living and dining room. The kitchen is tucked away at the back, while the dining and lounge regions sit side by side.

A wall of cupboards runs along one particular side of the area, creating loads or storage room. 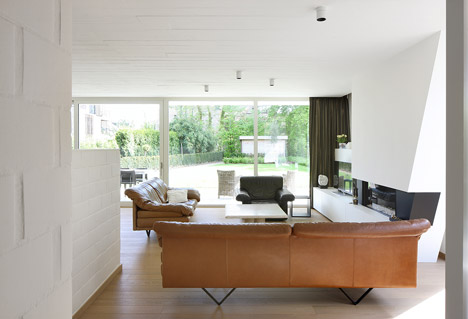 Upstairs, there are two bedrooms, the family members bathroom and a small review. 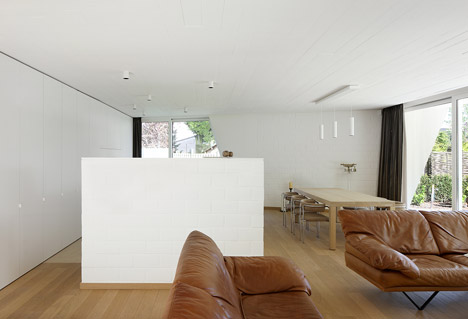 Breeze-block walls have been left uncovered during the residence, but are painted white. The exact same goes for the exposed concrete ceilings, which reveal the texture of their timber formwork.

“The plank formwork of the concrete ceiling is mirrored by the oak floorboards,” stated De Vos. 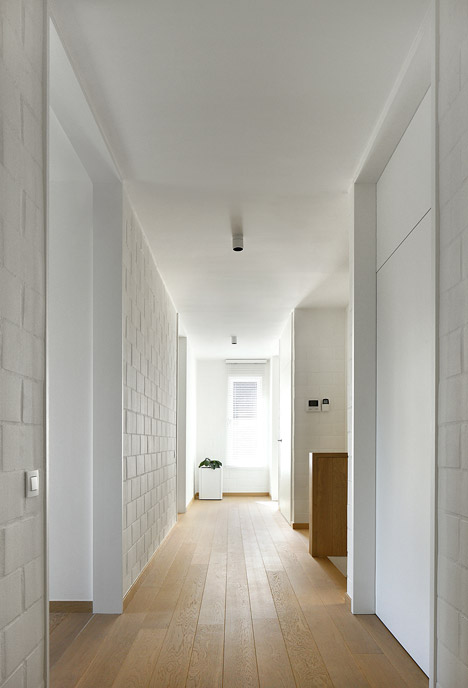 Sustainable heating is supplied by a geothermal heat pump, which is linked to a method of underfloor heating. There are also solar panels on the roof, making energy utilised for heating water.

Photography is by Filip Dujardin.