Canadian studio UUfie created a pixellated physical appearance for the facade of this Shanghai boutique by adding rows of translucent glass cubes that light up at night like a big screen . 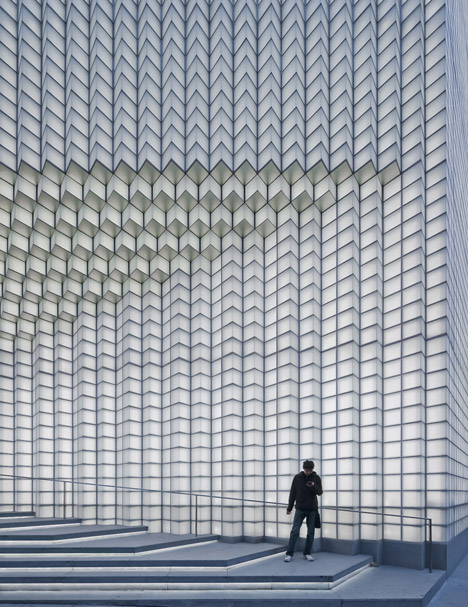 UUfie founders Eiri Ota and Irene Gardpoit Chan have been asked to update the facade of the Shanghai flagship retailer of vogue brand Ports 1961, which sits at the busy intersection of Changde Street and Nanjing West Street in the city’s business district. 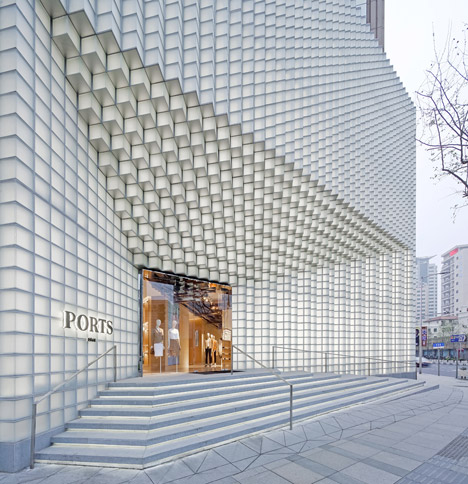 Glass blocks are organized in a meticulous gridded pattern across the walls of the constructing.

They frame window displays and a series of screens exhibiting videos of the brand’s catwalk shows and campaigns, which venture from the facade. “The style evokes the thought of a landform that resembles an iceberg floating freely in the ocean the building possessing a sense of being undulated, expanding and contracting, as if shaped by its setting,” said the architects. 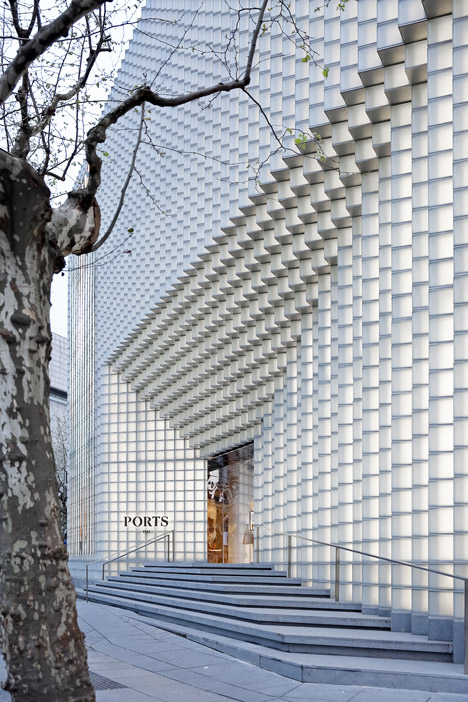 The translucent glass provides the developing a subdued grey colouring throughout the day but at night LEDs set in joins between the blocks illuminate the facade like a display. 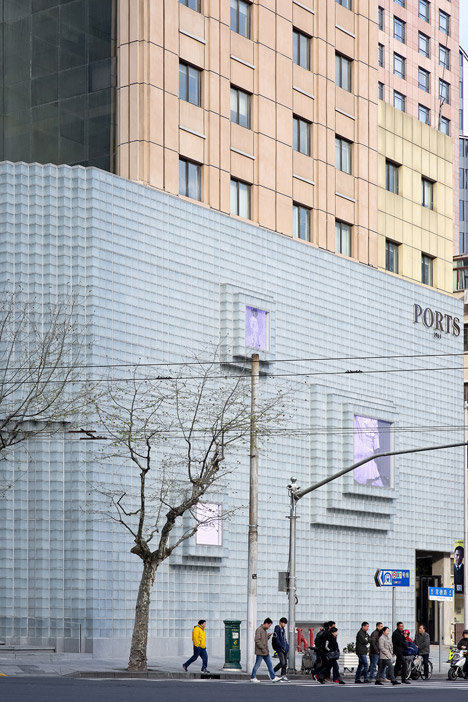 “The utilization of satin glass blocks and shot-blasted stainless steel is in fantastic contrast to the chaotic city,” stated the architects. “During the day, it mutes the surroundings, while subtly reflecting the sunlight.” 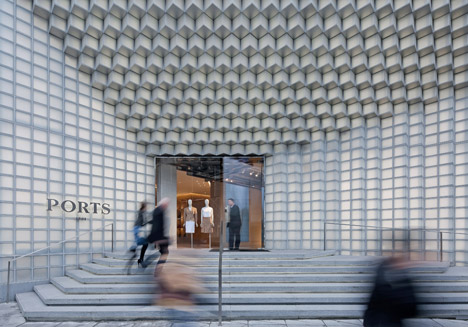 “In the evening, the see is icy and crisp, and the surface illuminates with embedded LED lights integrated into the joints of the masonry,” they added.

“The differing geometries and altering perspectives of the facade express the transformative nature of the city and the people of Shanghai.” 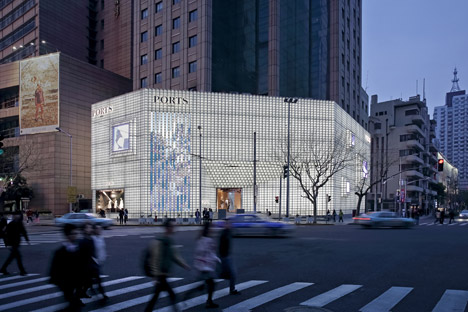 The blocks phase inwards on one particular face of the constructing to develop a canopy over the glazed entrance, following the program of a flight of broad stairs under. 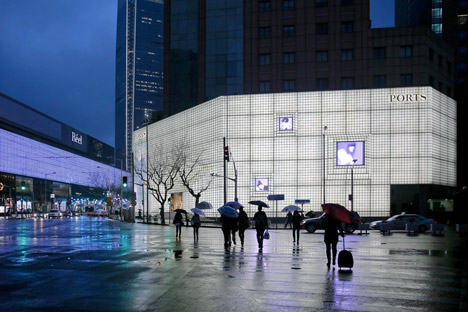 Ota and Gardpoit worked on the Giant’s Causeway Vistors Centre in Northern Ireland and educational institutes for the Aga Khan Foundation, prior to setting up their own studio in 2009.

Projects finished since then incorporate a woodland property with a mirrored porch, a chair with a backrest shaped like a fan of peacock feathers and a Kanagawa apartment divided by velvet curtains.

Photography is by Shengliang Su.